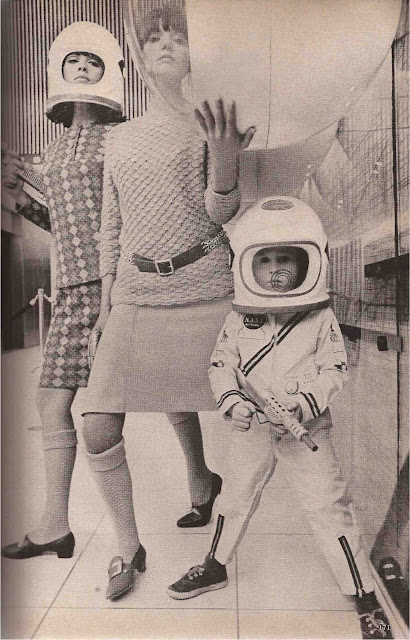 The British Invasion hits the fashion departments in America with the look of Swinging London made popular by the fashion designer Mary Quant now exporting styles from her Kings Road Boutique, Bazaar.  While it was the Space Age designs of Andres Courreges and Pierre Cardin that first launched the mini-skirt and avant-garde styles of the early sixties, Mary Quant is the designer most recognized as having put the mini-skirt on the international map. The Mary Quant Look encompassed hosiery, shoes, clothing and accessories that created the must-have fashion of the mid-sixties. 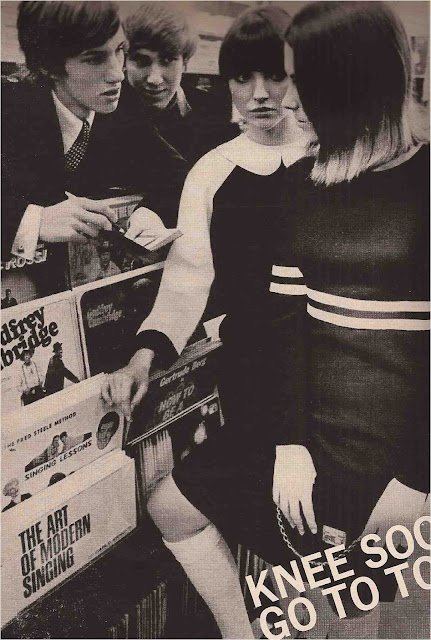 The Beatles were the pinnacle of the British Invasion. Following their lead, men's fashion was forever altered internationally and the forward combed shaggy styled Beatle cut was soon the norm for men's hair grooming in America. 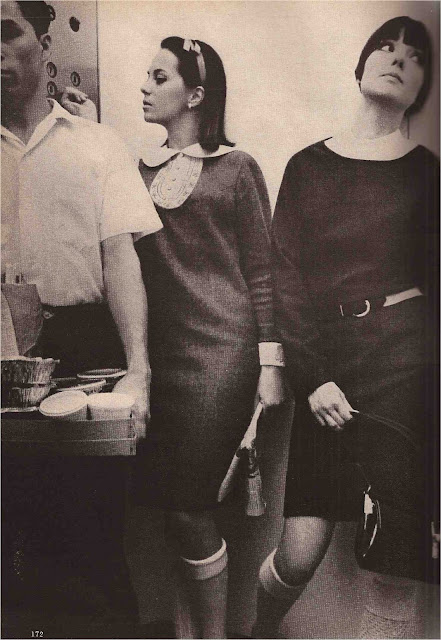 The Peter Pan collar was another fashion look favoured by Mary Quant and borrowed from her own fashion sense as a teenager. The child-like embellishment balanced the shorter skirt to offer a gamine quality that was known in London as the "Dolly Bird." 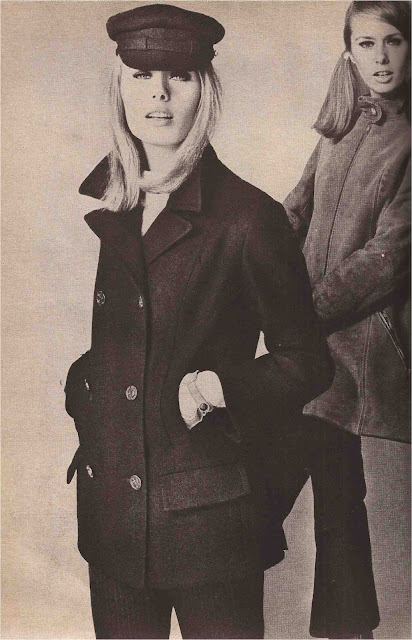 During his World Tour of 1965, Bob Dylan sported a new look. The classic pea jacket - a staple from the 18th century, was reborn. 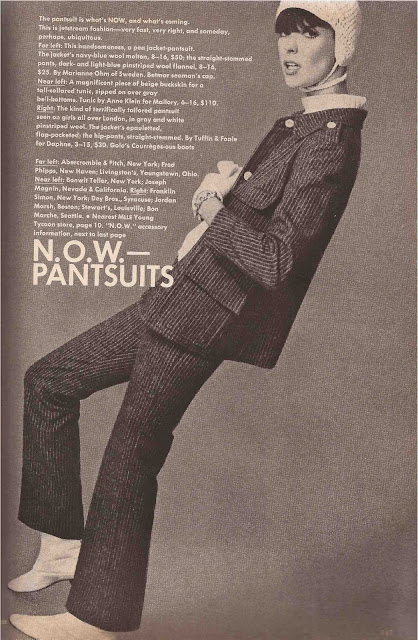 While introduced as a fashion statement in the sixties, it wasn't until the seventies that pantsuits on women would become an accepted everyday wardrobe staple. 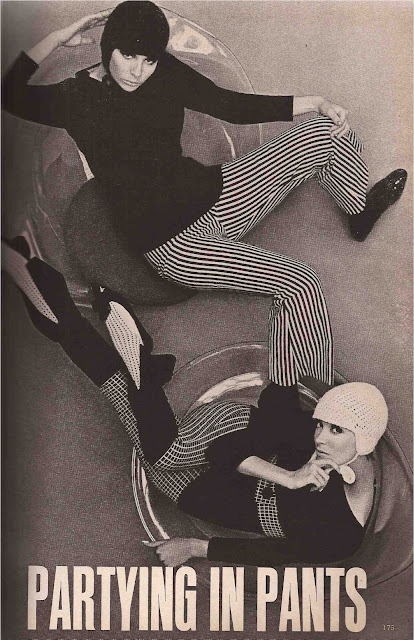 Another first for women of the sixties was the right to choose pants over dresses or skirts for everyday or evening attire. Posted by devodotcom-devocanada-femaleandfatal-vintimage at 2:43 PM