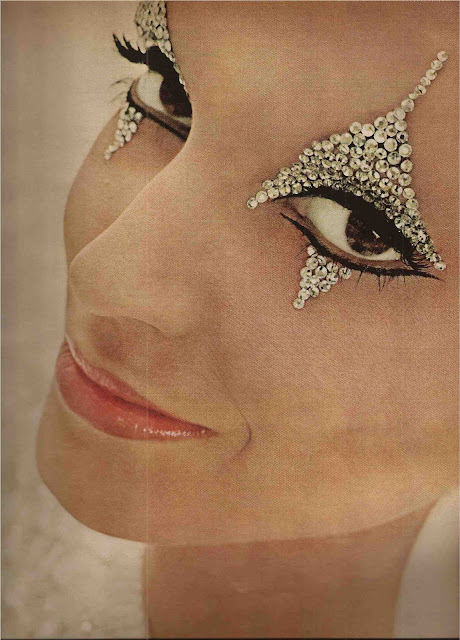 Known for his elaborate jewelled eye makeup featured in Vogue throughout  the sixties, Pablo Manzoni was then the creative director for Elizabeth Arden.  In 1966, Time Magazine heralded him as "Manhattan's newest status symbol - a necessary part of the well-dressed sophisticate's beauty routine. Said Pablo, "I have never seen an ugly woman." 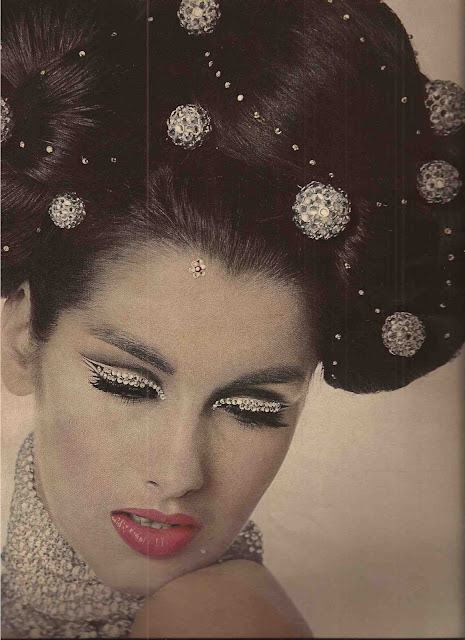 For Vogue's first issue of 1965, Elizabeth Arden's gifted face designer,Pablo Manzoni, was called upon to costume four mannequin's as fantasies of the four season's of nature. 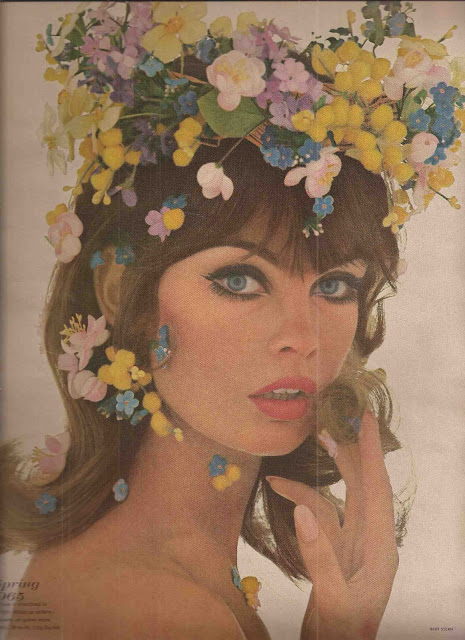 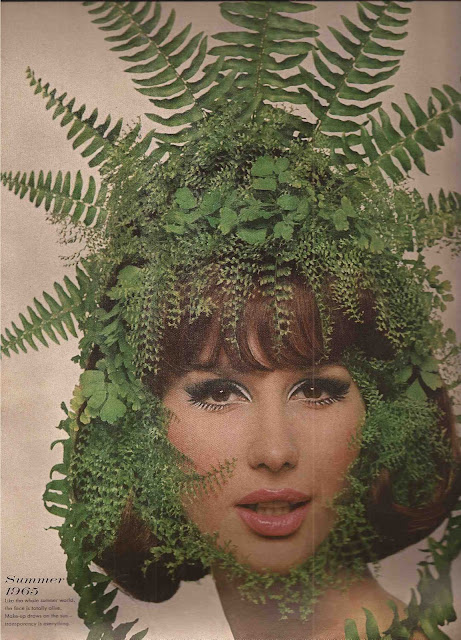 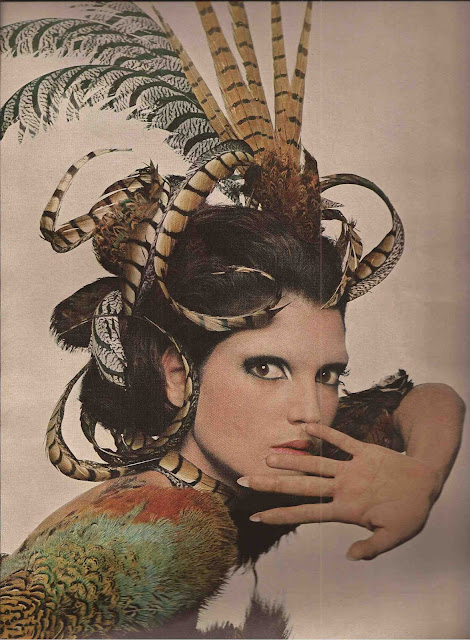 Beads of yellow and gold hand-embroidered on yellow chiffon. Gala and devastating, the beaded dress and helmut, worn here by Brigitte Bauer, makes a grand statement for an appearance at the most festive opening or party in 1965.

A winkling wand of beads on white silk marquisette, gold beads at hemline. Looped in the hair, a Joseph Warner necklace. 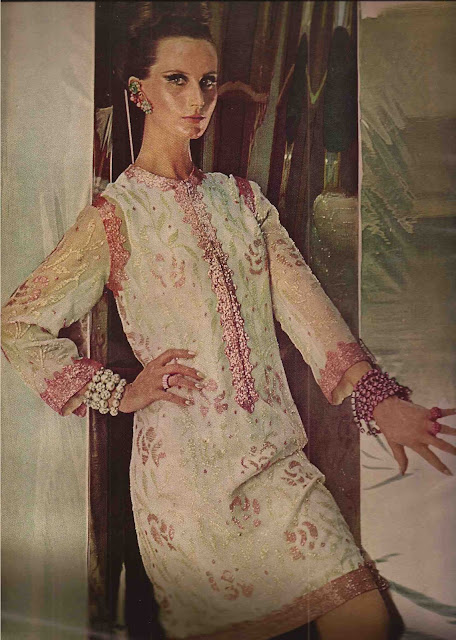 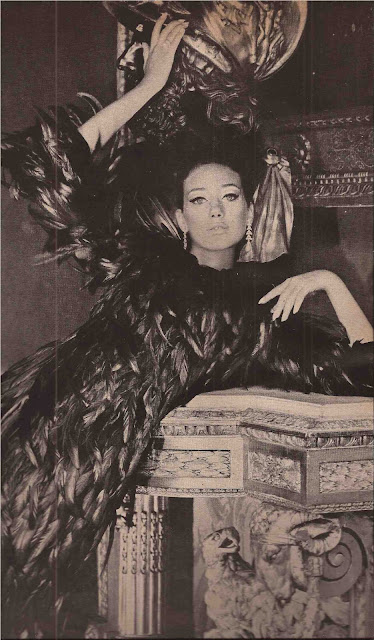 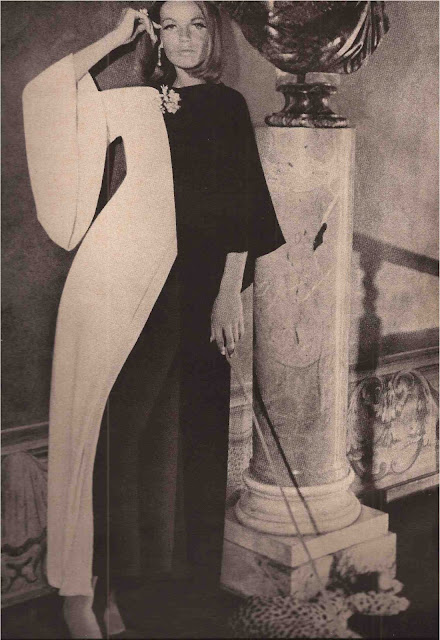 Veruschka and cheetah. Long columnar dress of brown crepe with two detachable crepe panels - one black, one white, both with deep sweeping sleeves. Wear with both panels, with one, or with none. 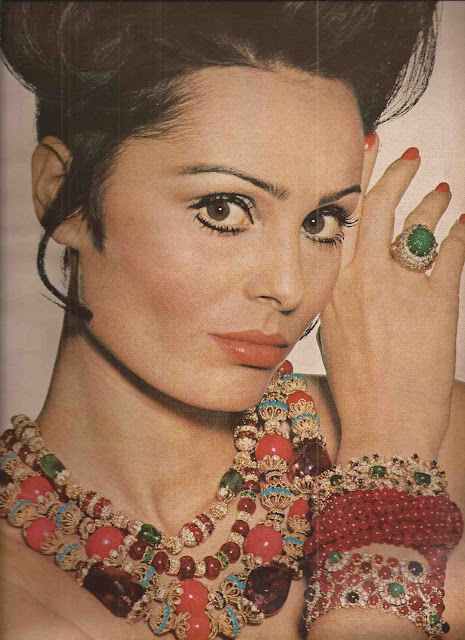 A splendour of jewels. Necklaces and bracelets of gold, diamonds, rubies, emeralds, sapphires, corals, turquoises, amethysts the size of bird's eggs ... the ring of gold and diamonds, set with an immense carved emerald. 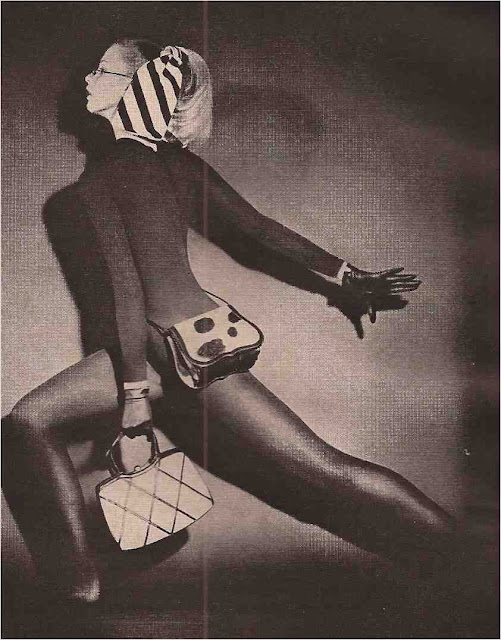 Vogue's Boutique
On The Streets 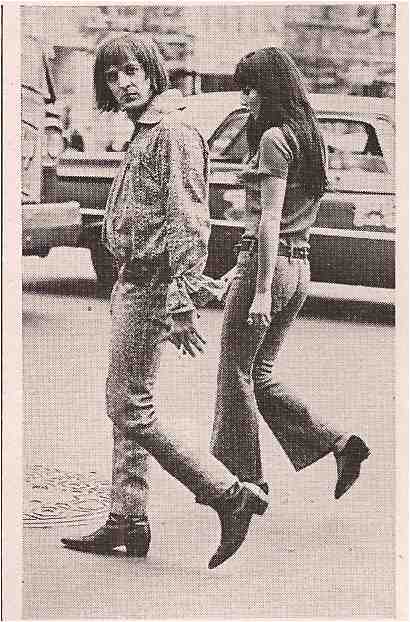 Posted by devodotcom-devocanada-femaleandfatal-vintimage at 2:56 PM