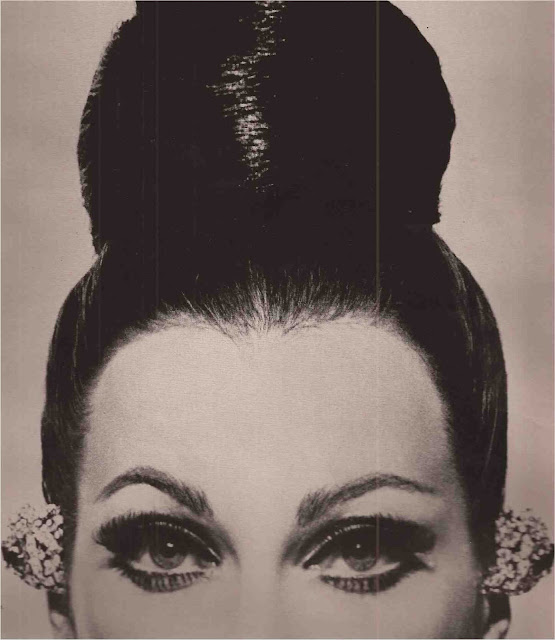 From mod to sophisticated, hair in the mid-sixties swung from the innovative sculptured styling of international hairdressers'  Alexandre of Paris and Kenneth Battelle, to the new creations carved and shaped in the 'London Look' making headlines for new salon star, Vidal Sassoon. 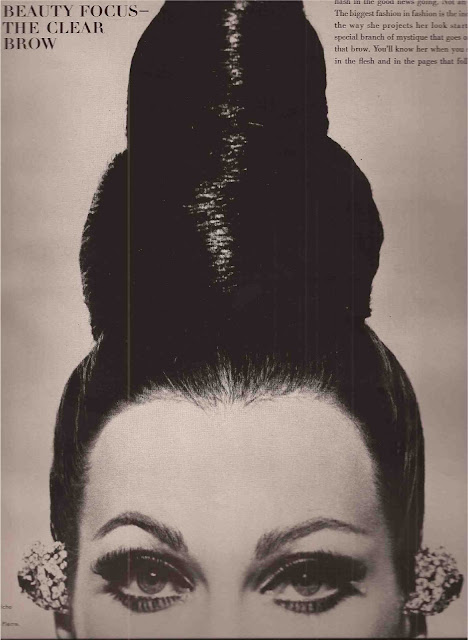 The heights to which hairdressers have gone to make the Paris Collections' hair something extraordinaire. 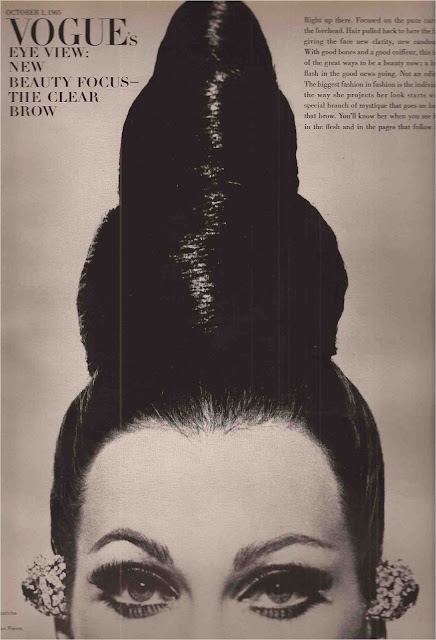 Focused on the pure curve of the forehead. Hair pulled back to bare the brow. Good bones and a good coiffure. The biggest fashion in fashion 1965 is the individual. You'll know her when you see her... 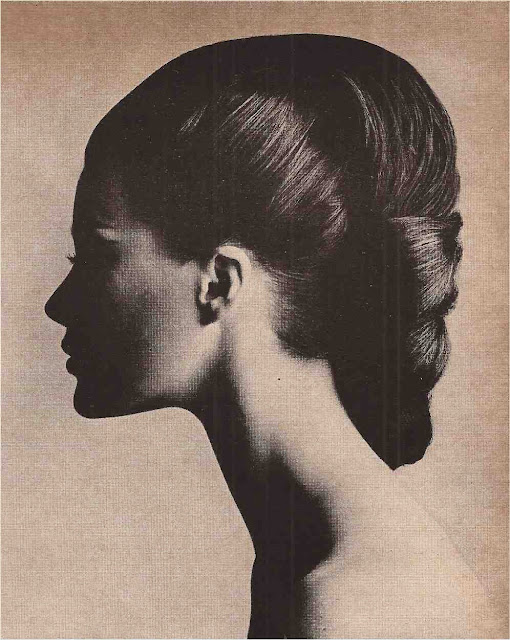 Small-skulled hair designed for the Givenchy Collections by Alexandre known as the "Geo.Washington Givenchy."  Neat and small with loops of braid tucked into the nape. 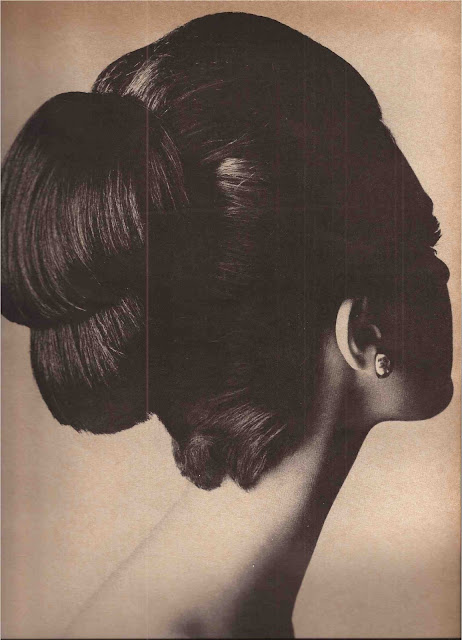 The Blunt-cut Burro's Tail by Alexandre - most important single hair-detail out of Paris. 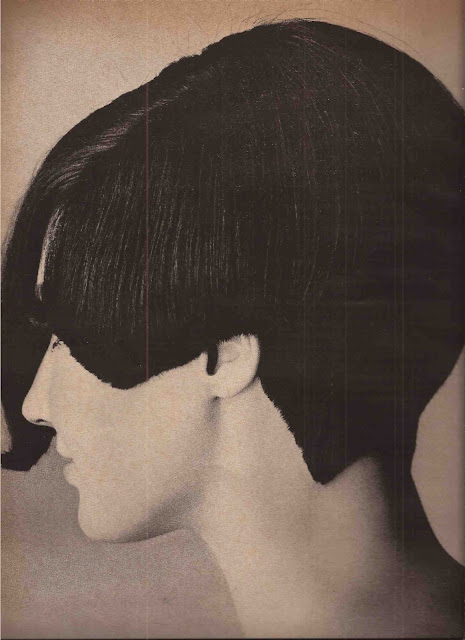 Clinging to his theory that "Hair must be easy to live with, it must move well." Vidal Sassoon created what came to be known as "The Sassoon." The eponymous hairstyle premiered on the Paris runway of Ungaro's fall collections. His revolutionary cut is reported to have found most of young Paris at his knees. Young America would soon follow, with "The Sassoon" emanating from his New York Salon 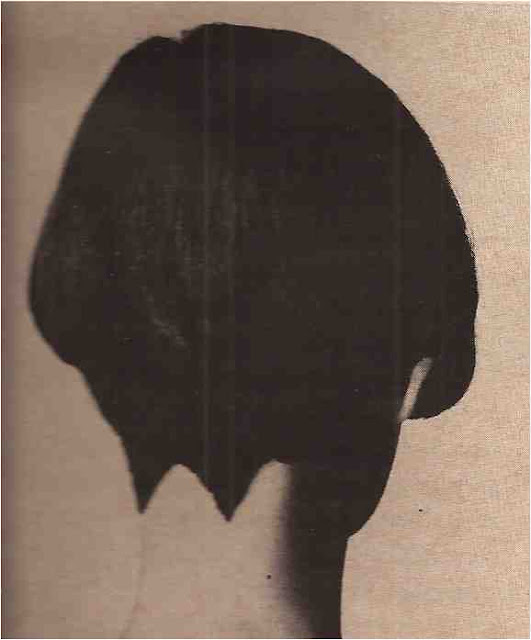 Points Made By Vidal Sassoon

Posted by devodotcom-devocanada-femaleandfatal-vintimage at 12:02 PM