The Beatle's in London 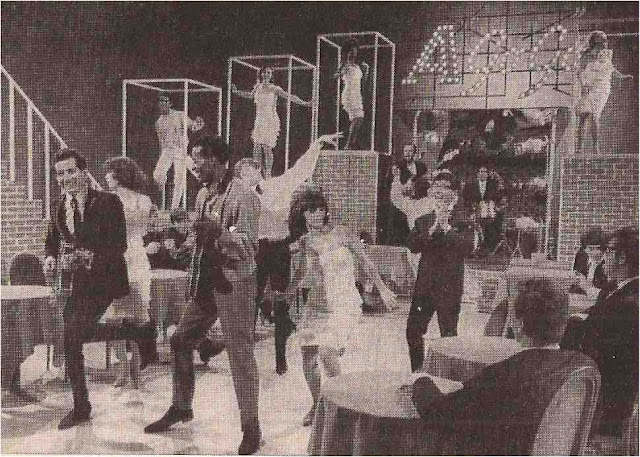 
People danced... here, the Hullabaloo dancers  get the show off the ground and the caged "go-go" girl, Lada Edmund Jr., awaits her regular closing feature. Youth drank a little and danced a lot. Lemon Gin, rum and coke, a screwdriver (vodka and orange juice) was about as complicated as it got.  Apart from basic beer and basic highballs, there was not a lot of choice at sixties dance venues. 1965 was just at the cusp of marijuana becoming the drink of choice. At this point, everyone under thirty was turned on by Rock N'Roll alone and yet to be under the influence of psychedelics. Marijuana was just being introduced to the mainstream public and had , until now, been an indulgence of the avant-garde, musicians, artists, and adventuresome young millionaires. 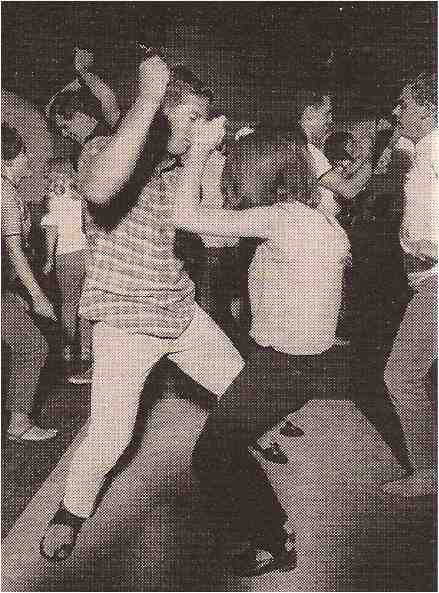 The Jerk in Los Angeles 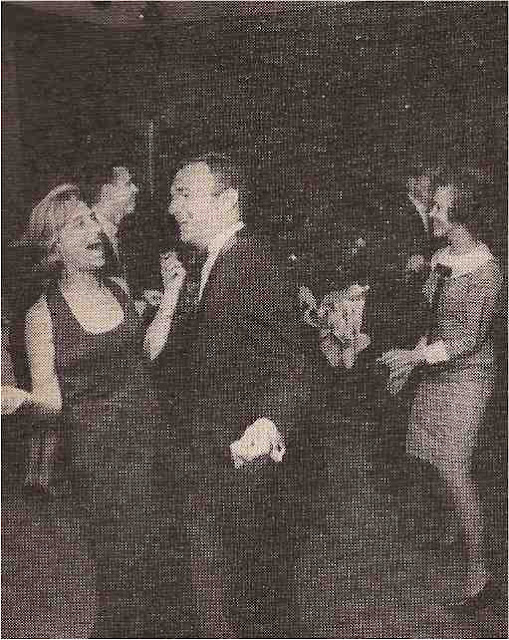 The Frug in Chicago 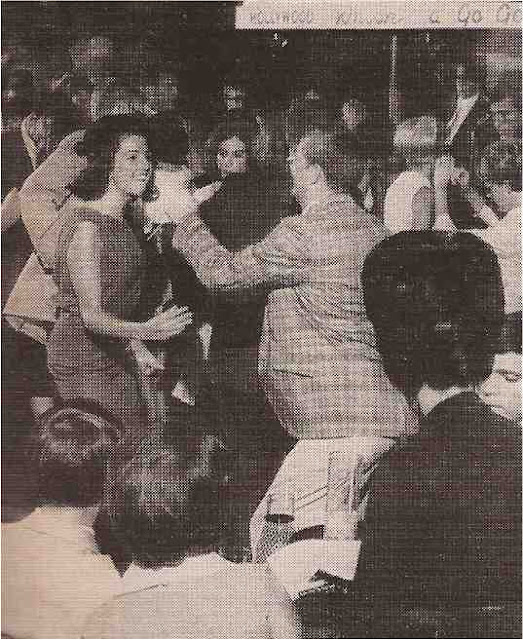 The Monkey In Atlanta

"The ears of nearly every Time reader everywhere surely have been haunted, horrified or, at least, reached by that pervasive, durable phenomenon known as rock 'n' roll."
A letter from the publisher
Bernhard Auer


A phenomenon large enough to make headlines and definitively determined to be more that just a passing craze, rock 'n' roll makes the cover of Time.

By the 'Summer of Love' two years down the road, the preppy look seen on these pages of Time magazine would pretty much disappear. Hair grew long, everyday clothes became wildly colorful, fabrics were soft, mismatched, and draped with leather and lace touches. Accessories like scarves, hats, boots and vests were wardrobe staples for both sexes and meant to be worn collectively and by either sex. What developed from this point in the mid-sixties was a time of "anything goes" in fashion and in lifestyle. 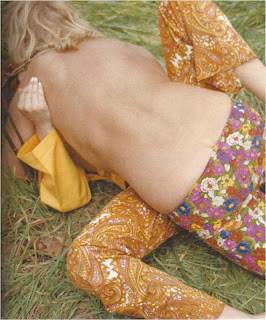 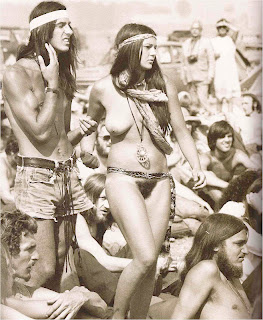 It just happened...and the music was fantastic

ROCK 'N'ROLL
The Sound of the Sixties
Time Magazine May 1965 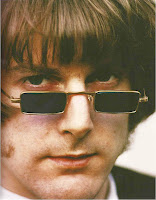 eyes on the sixties at devodotcom

Posted by devodotcom-devocanada-femaleandfatal-vintimage at 11:47 PM