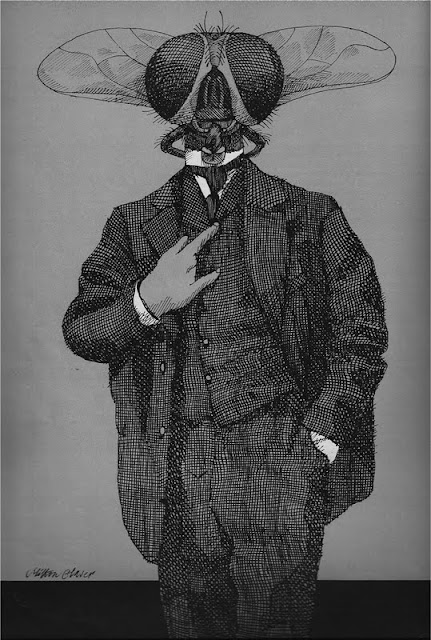 Milton Glaser
SHOW
The Magazine of the Arts September 1963
Co-founder of ‘New York Magazine’ with Clay Felker, Fulbright Scholar Milton Glaser studied at the Cooper Union Art School in New York and the Academy of Fine Arts, Bologna Italy, under the tutelage of artist and printmaker, Giorgio Morandi, famous for his still life paintings.
A key player in the world of graphic design from mid-century when, in 1954, he founded ‘Push Pin Studios’ with fellow Cooper Union classmates, designers and illustrators Seymour Chwast and Ed Sorel; Glaser is recognized for having changed graphic design forever, creating a style that incorporated all artistic mediums into one thought-provoking conceptual art form.
He is known as unprecedented for his contribution to design and has gifted the world of advertising with many iconic images including the mid-sixties poster of Bob Dylan in illustrated profile with hair ablaze in  psychedelic-color - now a collector’s item; to the continuously referenced ‘I Love New York’ campaign created in 1977 to revive New York’s tourism industry and which became a part of the public’s collective consciousness.
Milton Glaser’s work continues to influence those who work in all aspects of design disciplines. The sheer scope of his work leaves little in the field of advertising today that might be considered original.

Posted by devodotcom-devocanada-femaleandfatal-vintimage at 3:51 PM