THE 60S - THE BEAUTIFUL BEACHNIQUES 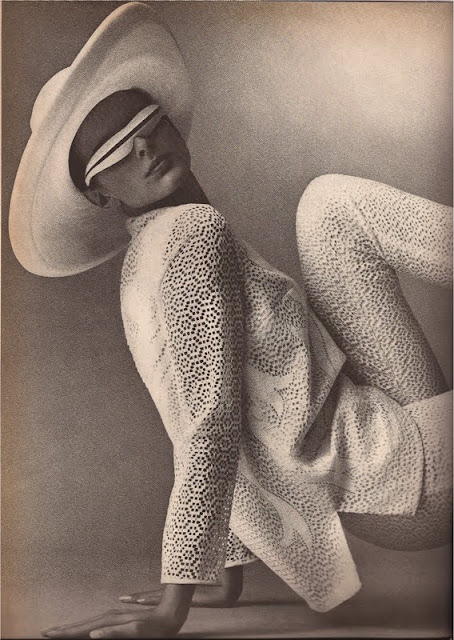 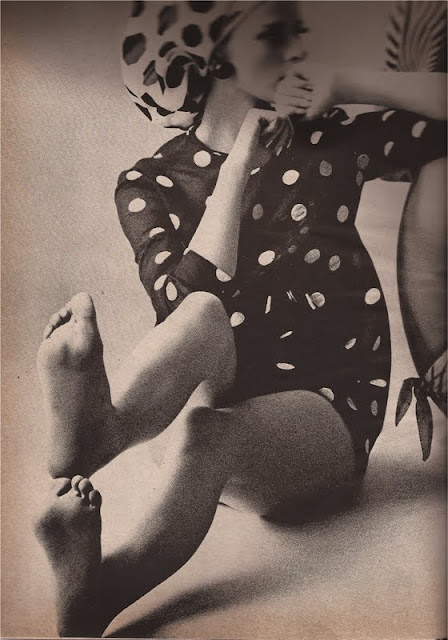 the sandpiper splash
lyn stuart bouncy dots
James Moore
The Free-style elegance and barefoot abandon of the California beachniques, inspired by Big Sur country denizens, whose sometimes hermitlike, always exciting existence is spent in the pursuit of the poetic, the artistic, and the romantic in a wild landscape of sun, sea, wind and sand. Attention created by the new MGM Richard Burton, Elizabeth Taylor film, The Sandpiper. 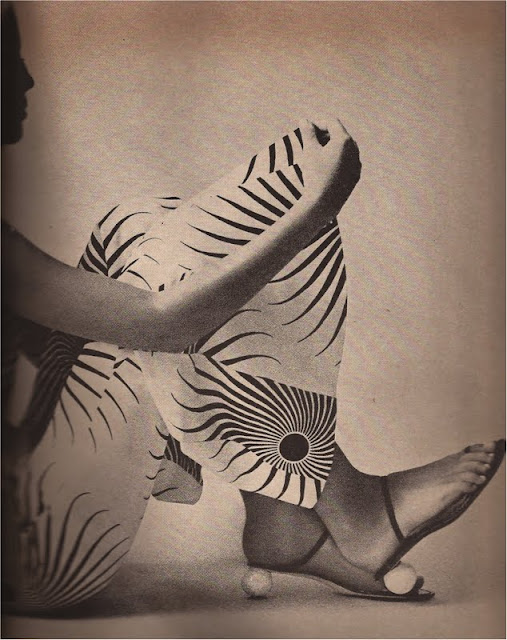 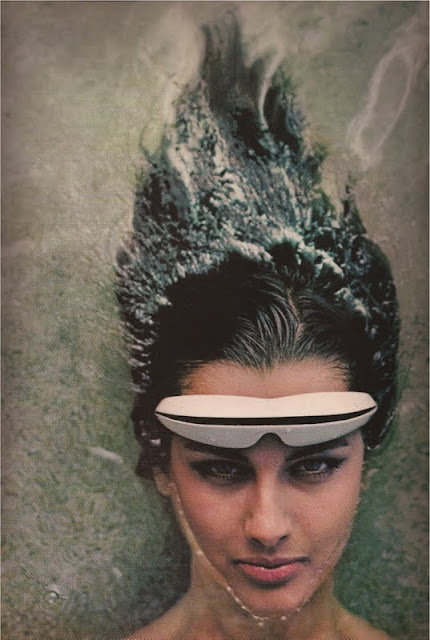 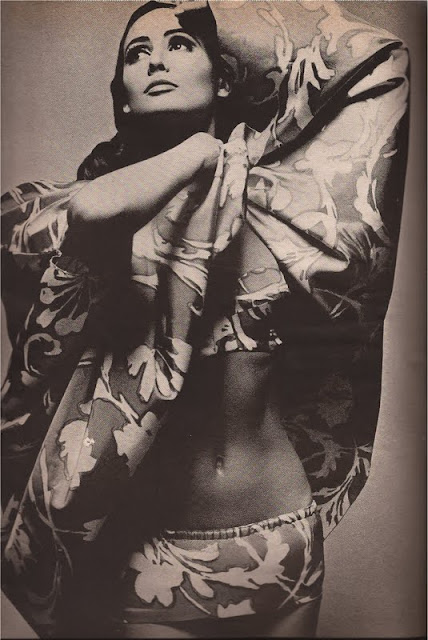 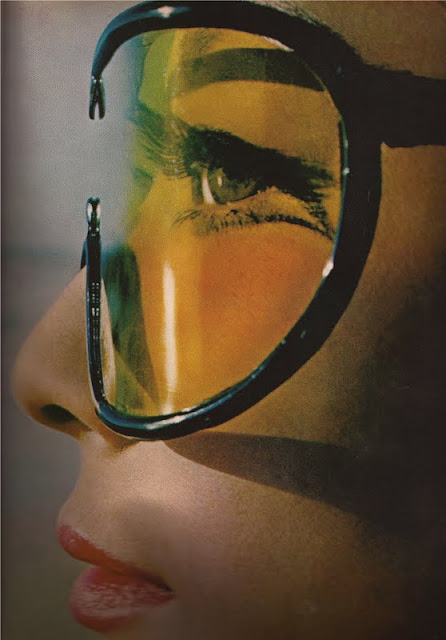 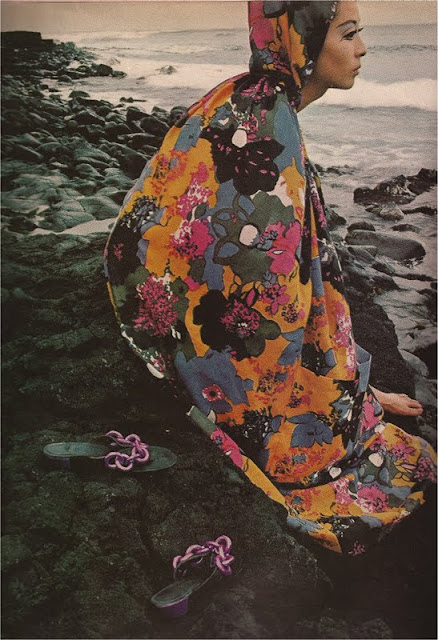 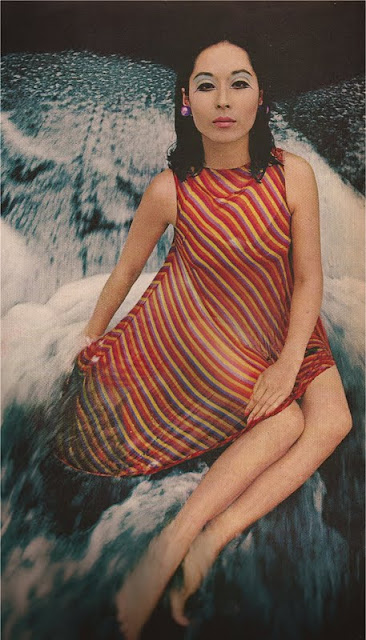 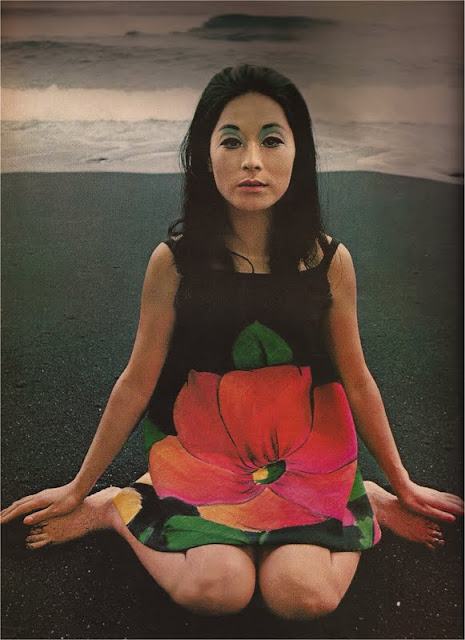 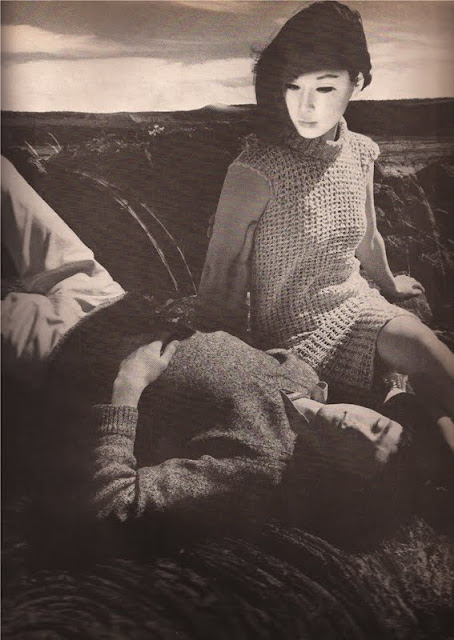 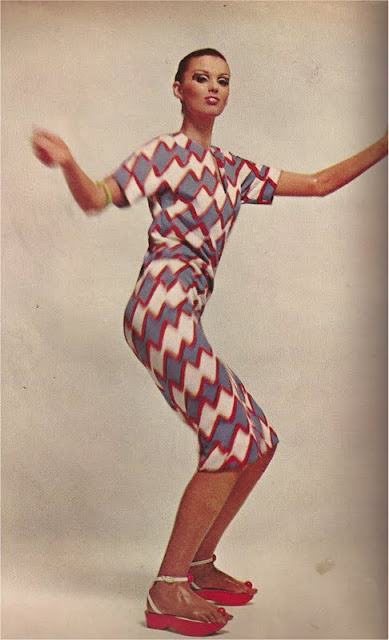 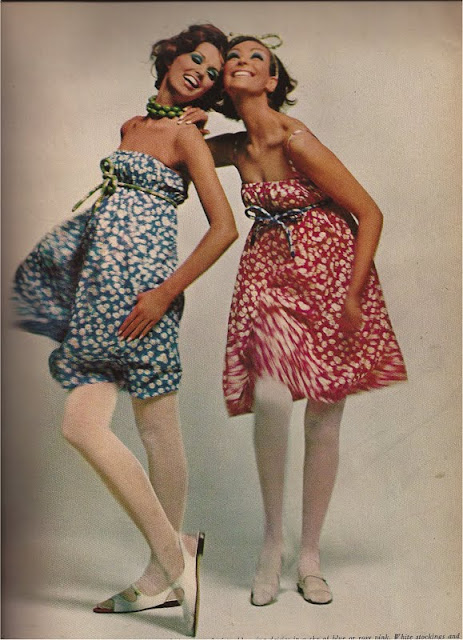 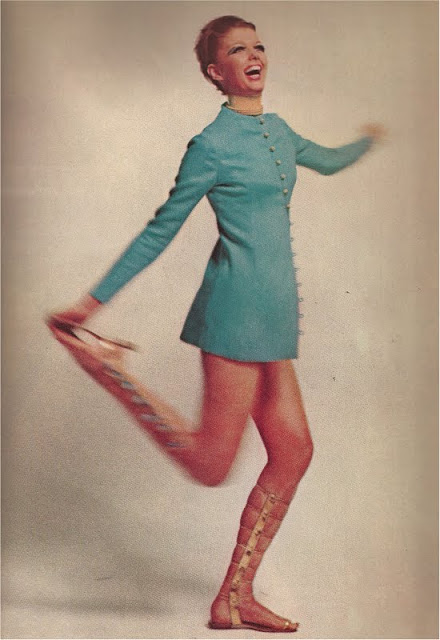 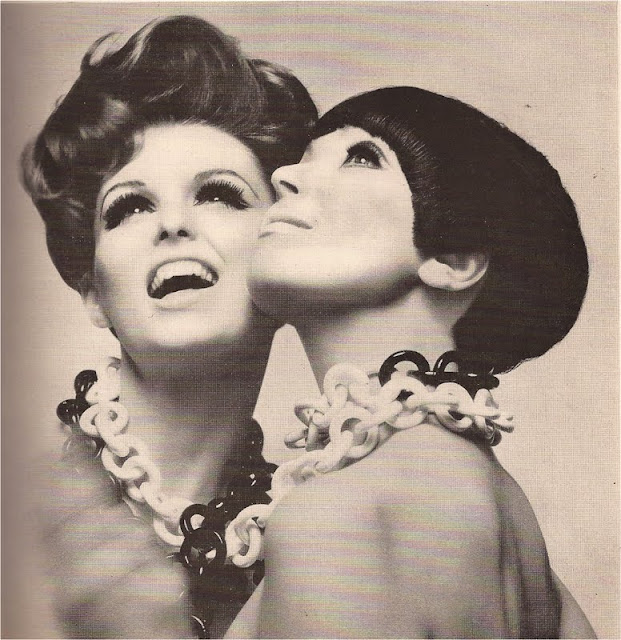 Two sides of the summer coiffure coin determines not simply by a toss of curls or otherwise but by the contours of your own face. The soft, gentle, yet bouffant curve at left, by Enny of Italy. The geometric, straight-on severity, at right, by Vidal Sassoon for Charles of the Ritz.
Arpad necklaces
Melvin Sokolsky photograph 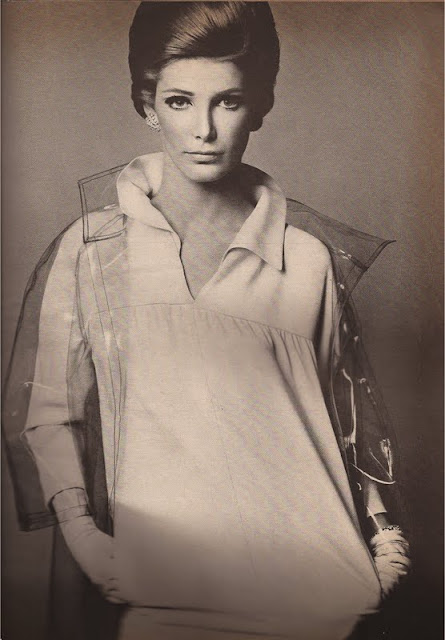 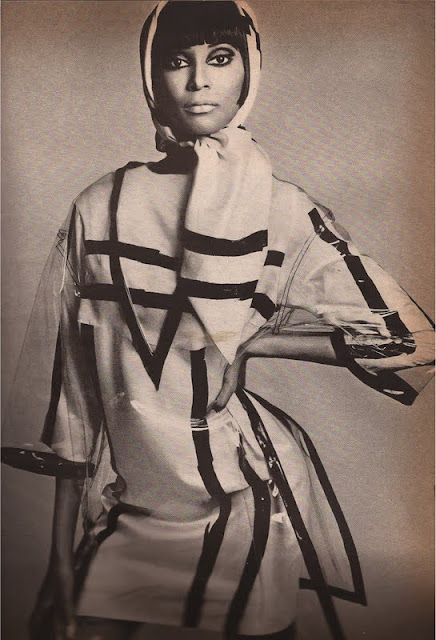 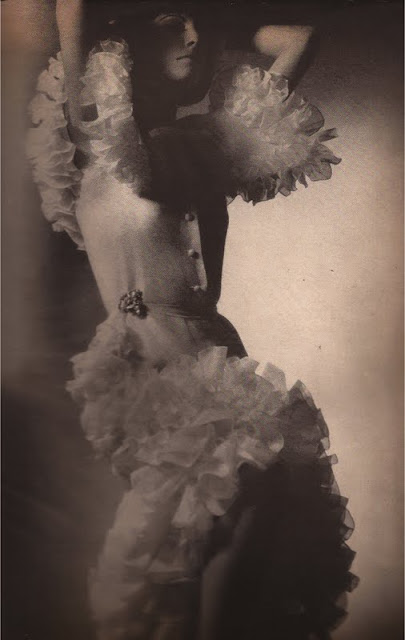 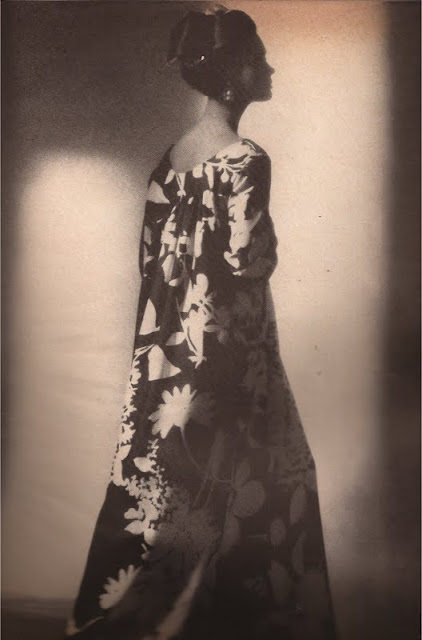 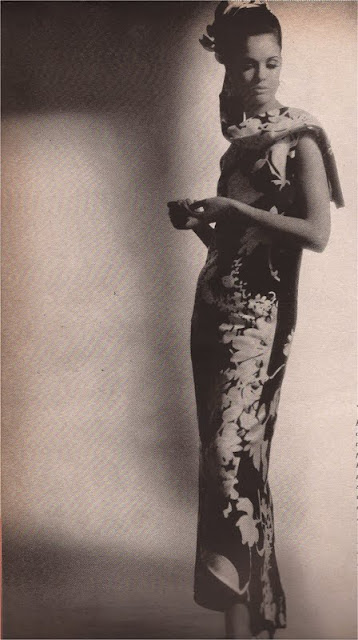 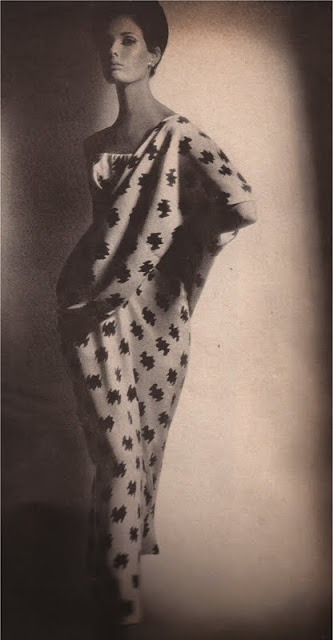 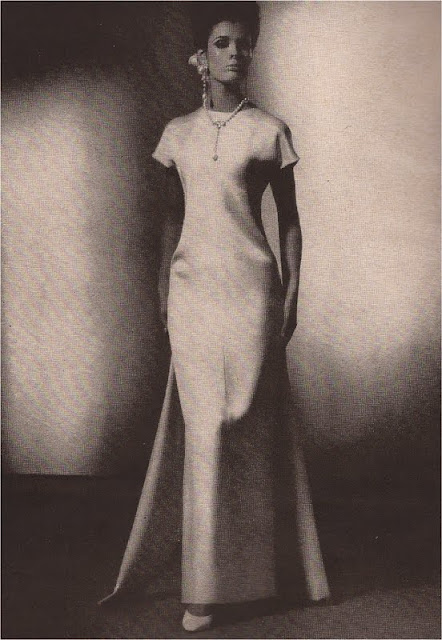 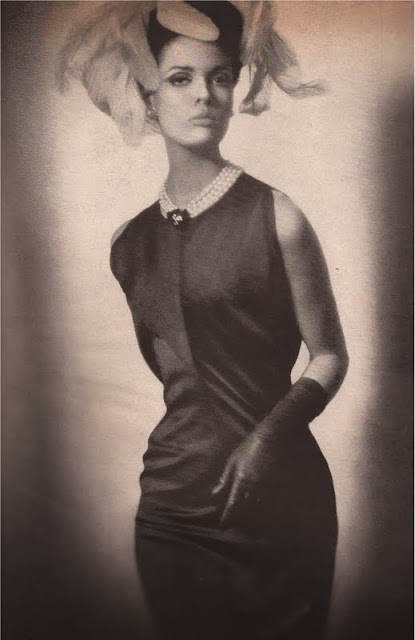 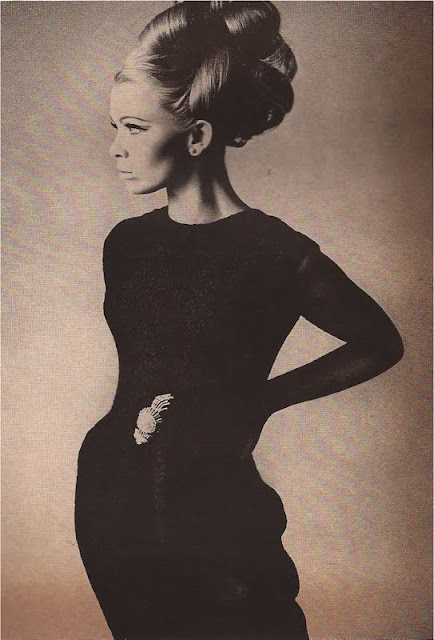 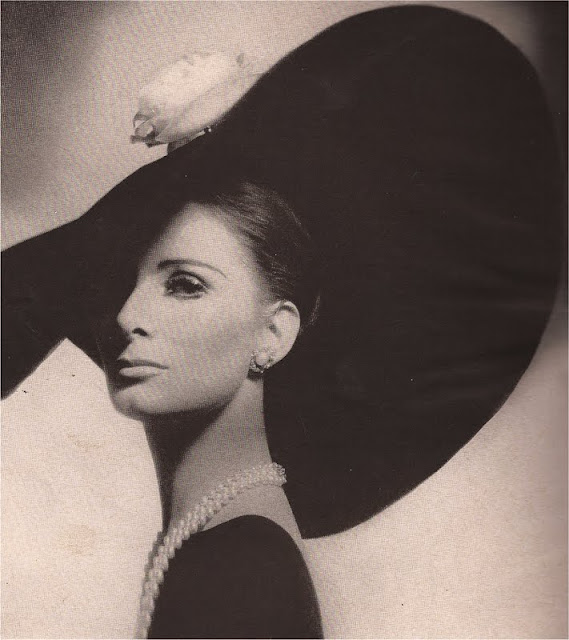 Paris Night Shapes
The evocative Balenciaga
Tom Kublin
Everything Old Is New Again
six exceptional women who gave to the Paris of the twenties an uncommon radiance and bravura, photographed and remembered by Andre Kertesz 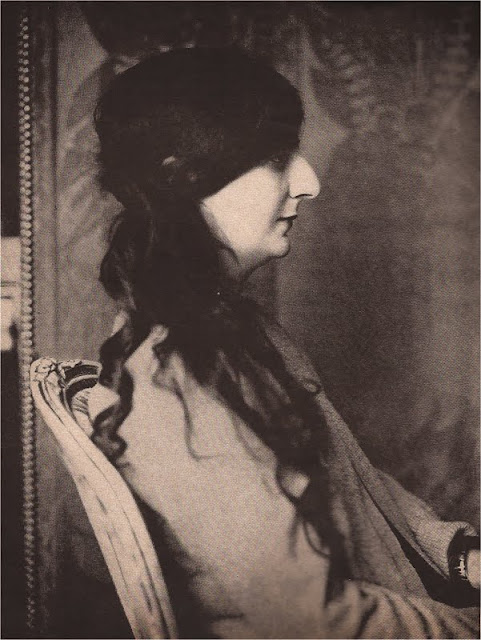 Comtesse de Noailles “She lived in her bed, the curtains of the room drawn, a little lamp somewhere lighted. A poet of fantastic reputation, she had a quality of the removed, of the super-real, perhaps.” 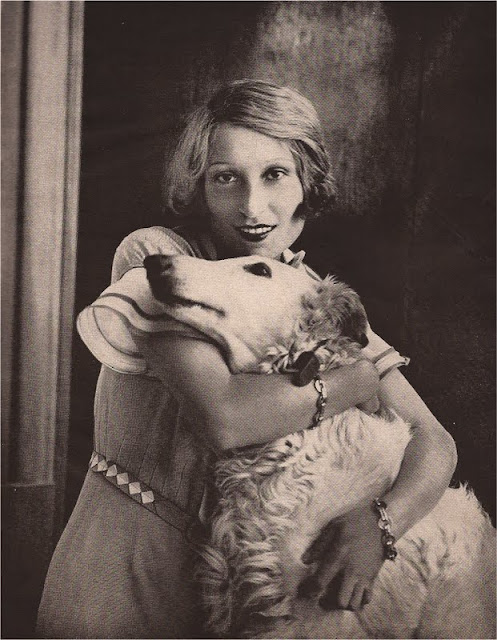 Mme. Maurice Maeterlinck “She was a figure of the purest poetry, all delicacy, openness. The Barzoi was Melisande, named after Pelleas et Melisande; a porcelain blackbird commemorated L’Oiseau bleu.” 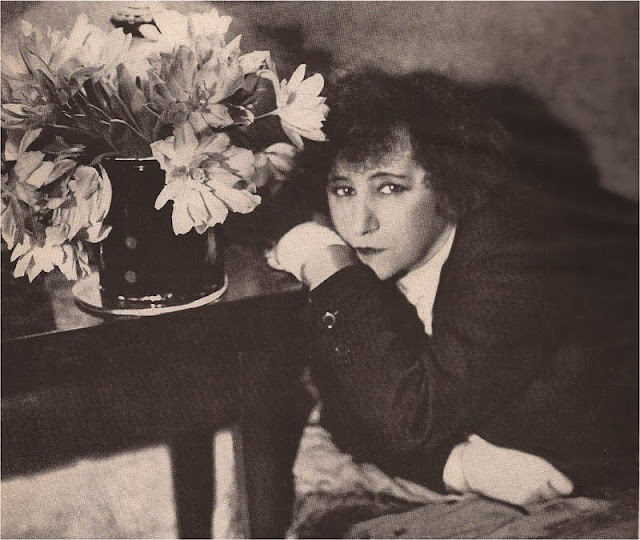 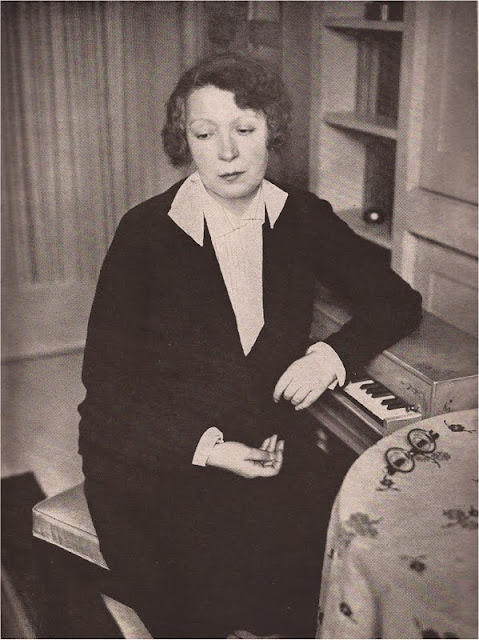 Marie Laurencin “She gave the impression she was one of her own paintings – the air, the tone, was a Marie Laurencin. She wanted to pose with something – her Chow, her porcelain cat. I wanted to do her, herself.” 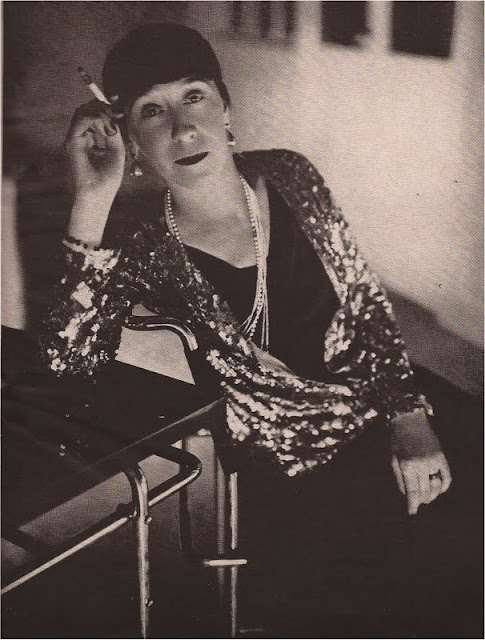 Lady Mendl “The leading hostess of Paris – spiritual, gay. A great lady with a streak of the child. She had a passion for calisthenics, and could stand on her head. Her apartment looked magnificently on the Seine.” 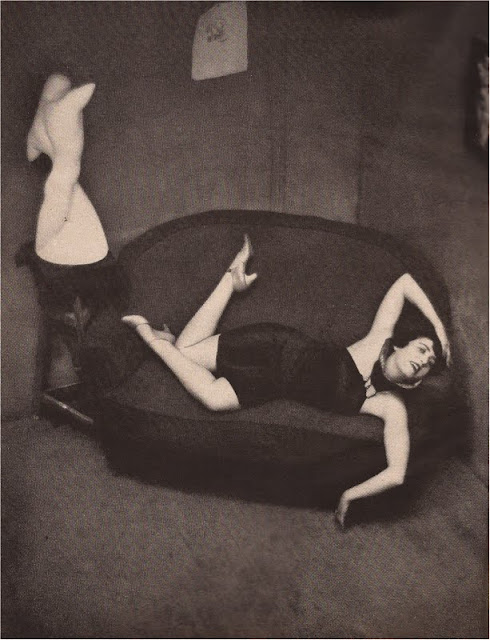 Magda Zahler “What capacity for caprice? She was Hungarian, a doctor’s wife, and had studied classical dance. But when she came to Paris in 1925, she was a satiric dancer – her exuberant caricatures took us by storm.”

Posted by devodotcom-devocanada-femaleandfatal-vintimage at 11:16 PM