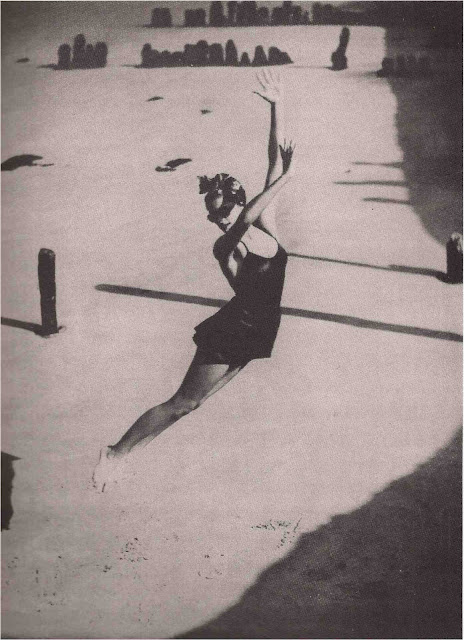 "When I pulled that picture out of the soup it confirmed to me for the rest of my life that I had to be a photographer. I was absolutely amazed by the magic of it."
Norman Parkinson Archive 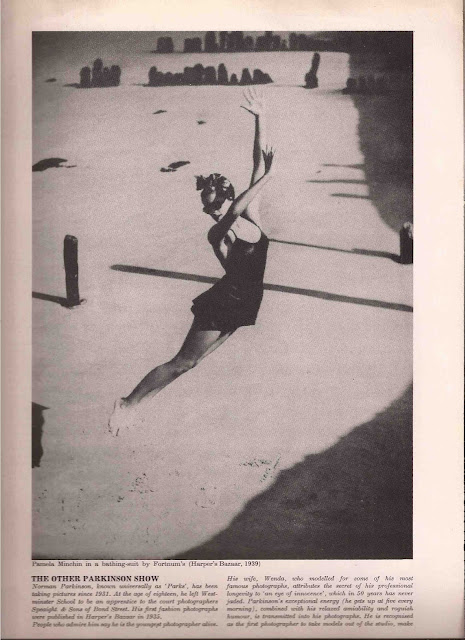 Norman Parkinson began his career photographing debutantes. In 1935, the editor of the British edition of Harper's Bazaar saw his work and hired him. For Bazaar, Parkinson originally shot portraits of the landed gentry and famous personalities in the arts and politics, before trying his hand at fashion photography.
The Other Parkinson Show
British Harper's Bazaar

He was not content to take pictures like everyone else, women were then photographed "standing on scintillating salons with their knees bolted." Said Parkinson, "I never knew any girls with bolted knees. I only knew girls that jumped and ran. So I just started to photograph these girls. Everyone said "How bold!"

In 1939 he shot model Pamela Minchen leaping off a breakwater on the Isle of White in one of the first modern fashion photographs.
Model
Michael Gross

Posted by devodotcom-devocanada-femaleandfatal-vintimage at 11:25 PM