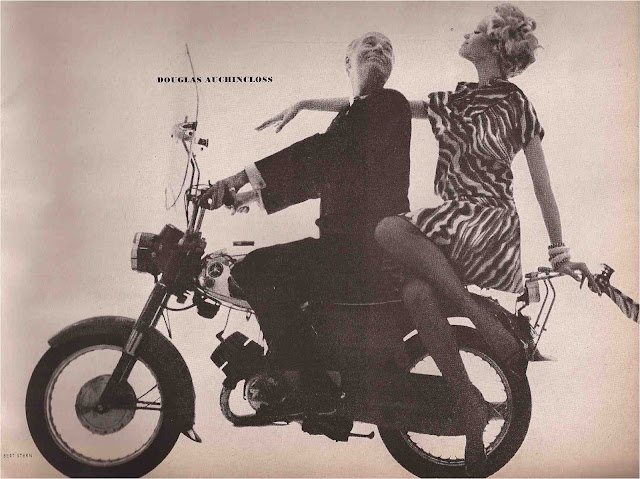 
"Cutting up. cutting loose - American fashion is having a fine time for itself this spring. Clothes flow along the body, blow around the knees - one way or another, they're fast on their feet and fun to wear. Douglas Auchincloss, a tall dashing man with hair like good silver fox and a wit to match, is every woman's dream dinner partner - funny, bright, fascinated. He is Modern Living editor of Time Magazine." 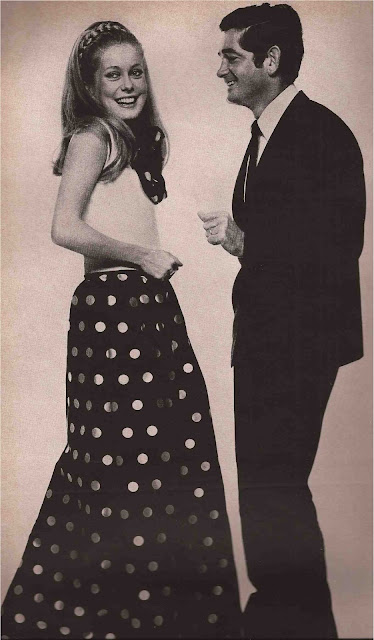 "Young French charmers, the star and the author-director of the disarming movie, Les Parapluies de Cherbourg, which almost everyone adores. Catherine Deneuve is a tiny blonde with dark-hazel eyes, a skin like rose-petals and fresh Normandy cream. With childish relish, she describes her next movie:'"I kill one man with a candlestick, another with a razor blade. I am inhibited folle!"' 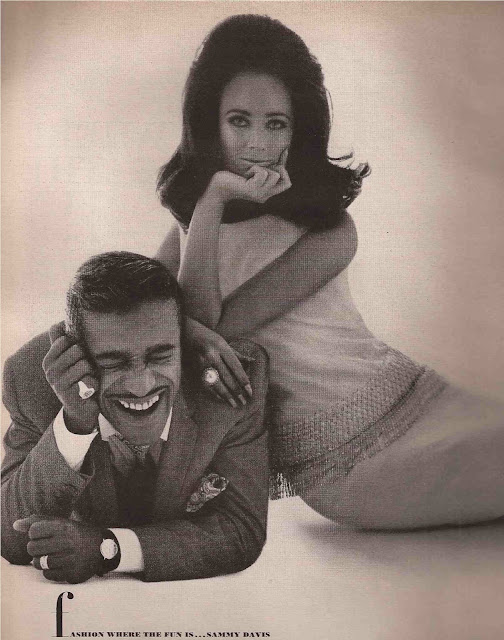 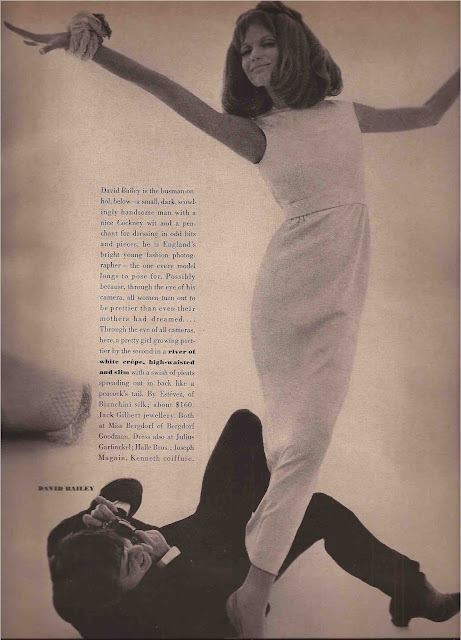 "a small, dark, scowlishly handsome man with a nice cockney wit and a penchant for dressing in odd bits and pieces, he is England's bright young fashion photographer - the one every model longs to pose for. Possibly because, through the eye of his camera, all women turn out to be prettier that even their mother had dreamed..." 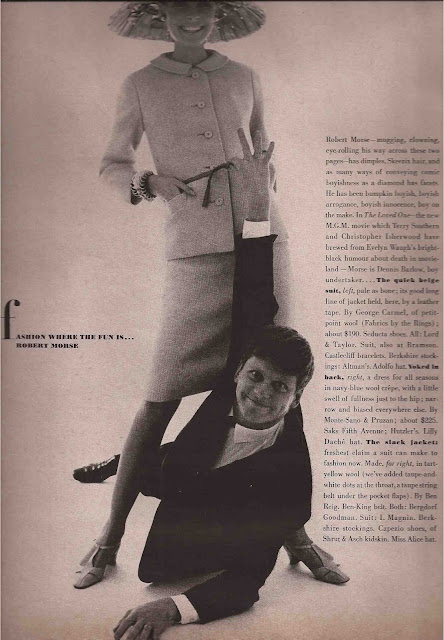 Robert Morse
"Robert Morse - mugging, clowning, eye-rolling his way across two pages - has dimples, Skeezix hair, and as many ways of conveying comic boyishness as a diamond has facets."

- today we know him as Bertram Cooper of Mad Men 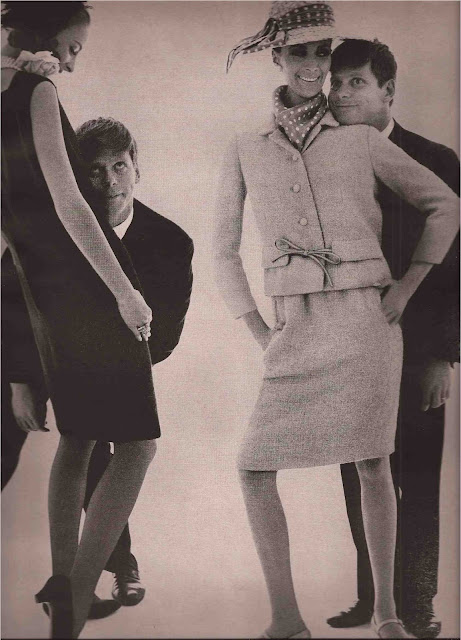 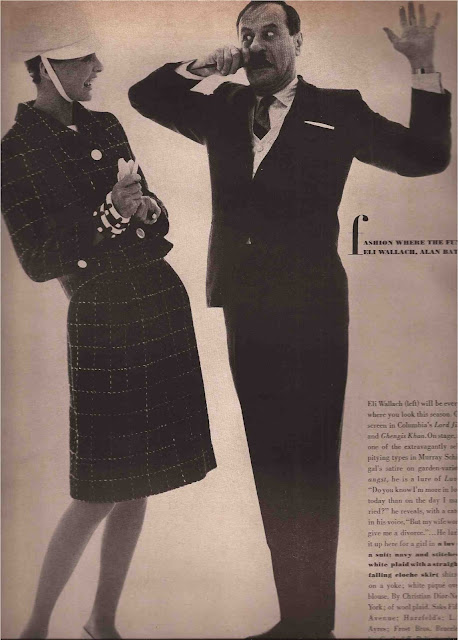 '"Do you know I'm more in love today than on the day I married?"' he reveals, with a catch in his voice, but my wife won't give me a divorce." 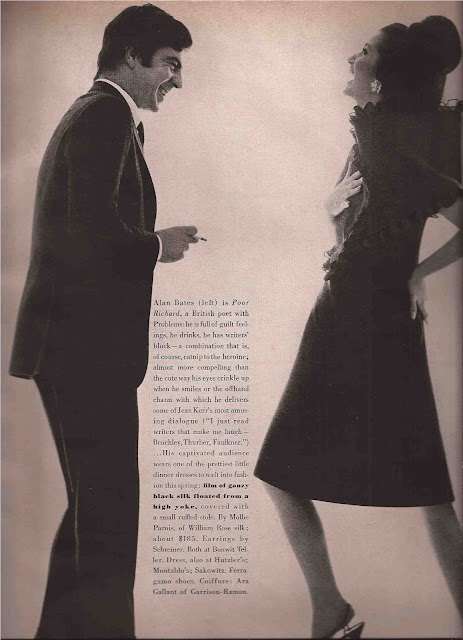 "Alan Bates is Poor Richard, a British Poet with problems: he is full of guilt, he drinks, he has writers' block - a combination that is catnip to the heroine." 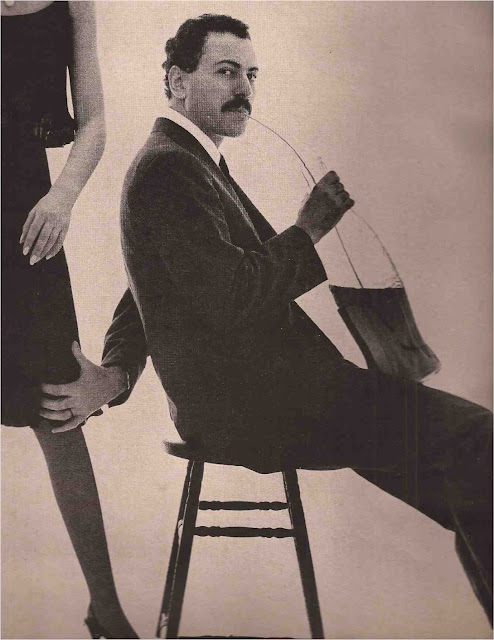 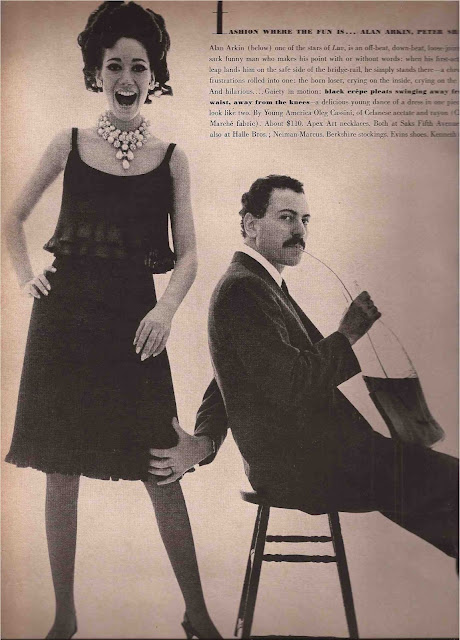 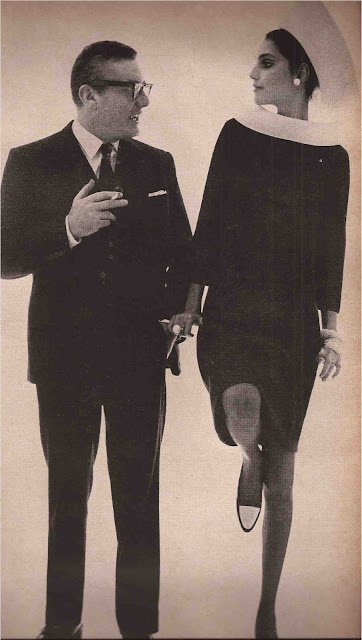 "A cozy, crew-cut koala-bear of a man who writes plays that have a way of getting around and staying around." 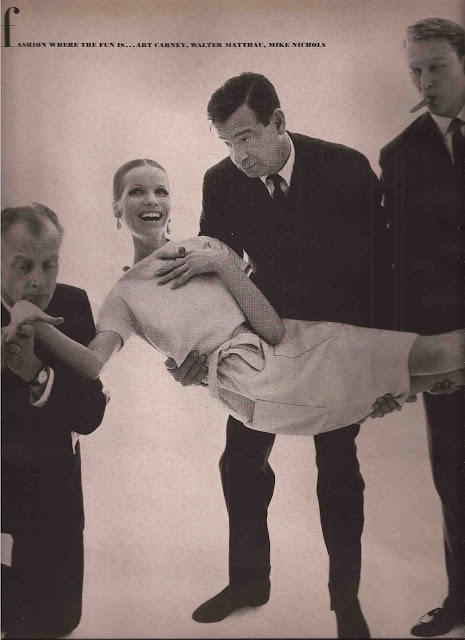 "Carried away by the fun, the original Odd Couple, Art Carney and Walter Matthau. The Man with "The Nichols Touch," Mike Nichols, a comic phenomenon that's been the fizz of three funny plays so far; soon to be turned loose in movies." 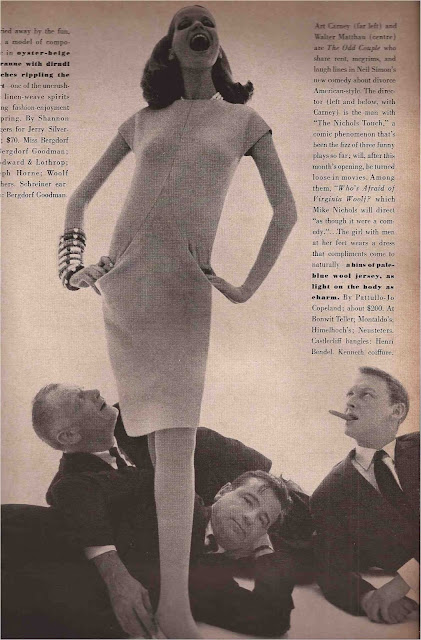 Fashion Where
The
Fun
Is
Vogue 1965
Photography: Bert Stern

Posted by devodotcom-devocanada-femaleandfatal-vintimage at 8:44 PM

I can't believe no one has yet commented on this entry - Robert Morse, Alan Arkin, Mike Nichols, etc. - and vintage fashions too - thank you for sharing all this 1960's fabulousness!

Thank you so very much! It is always a huge plus to know that the work involved is appreciated - and I especially appreciate that you took the time to comment.
Devorah