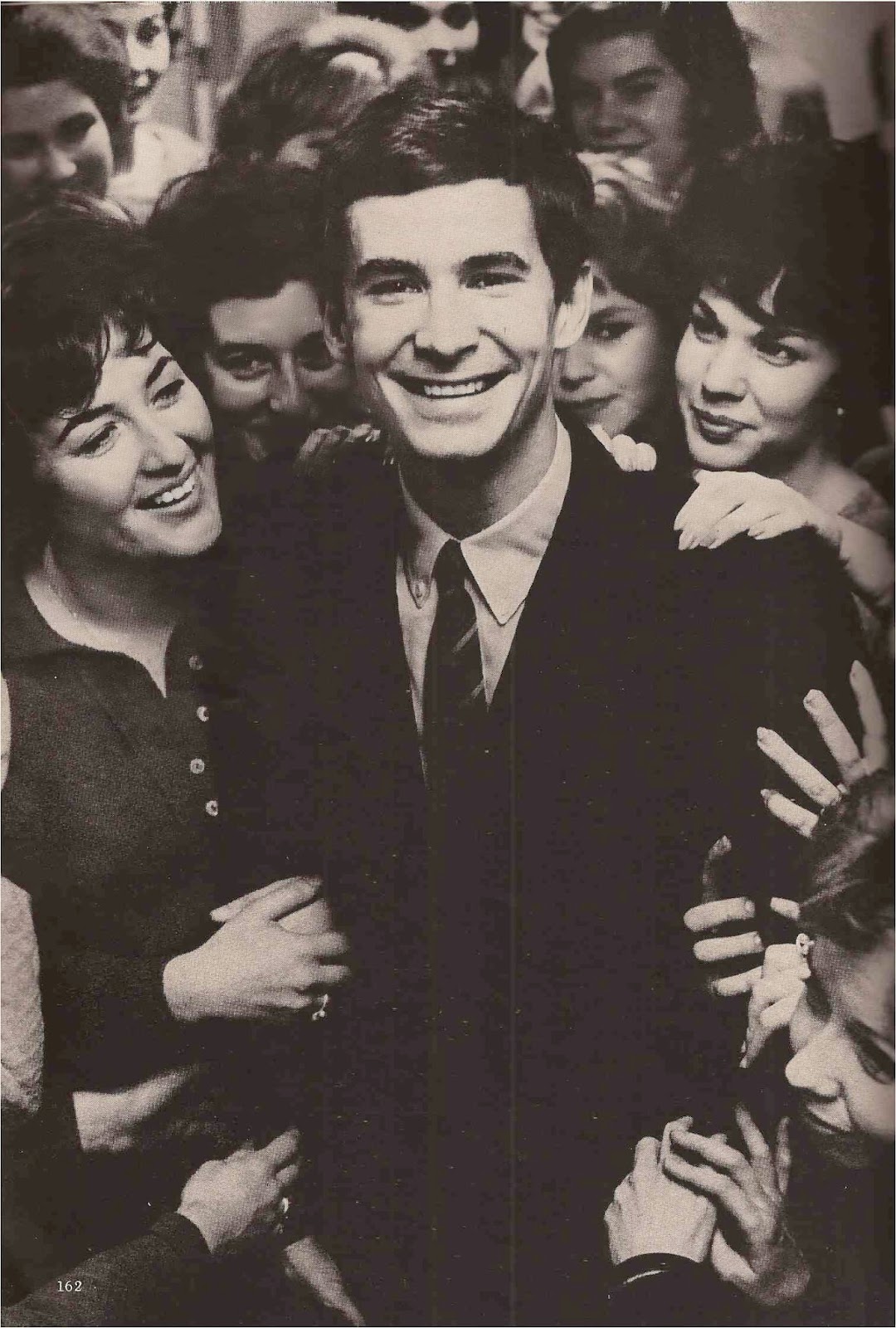 Anthony Perkins and The American Boy Look
...surrounded by the Mademoiselle staff 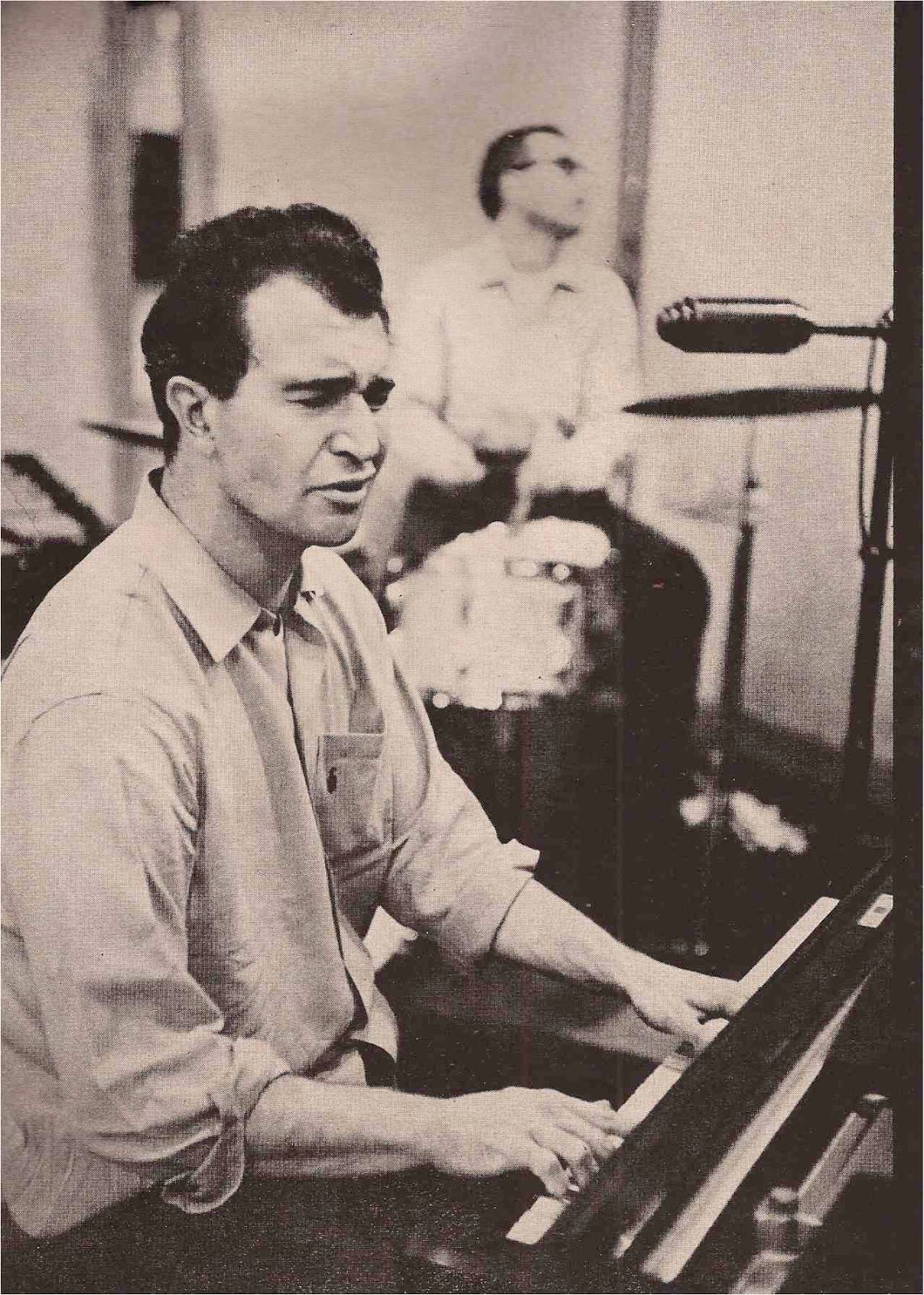 Brubeck and the Real American Jazz 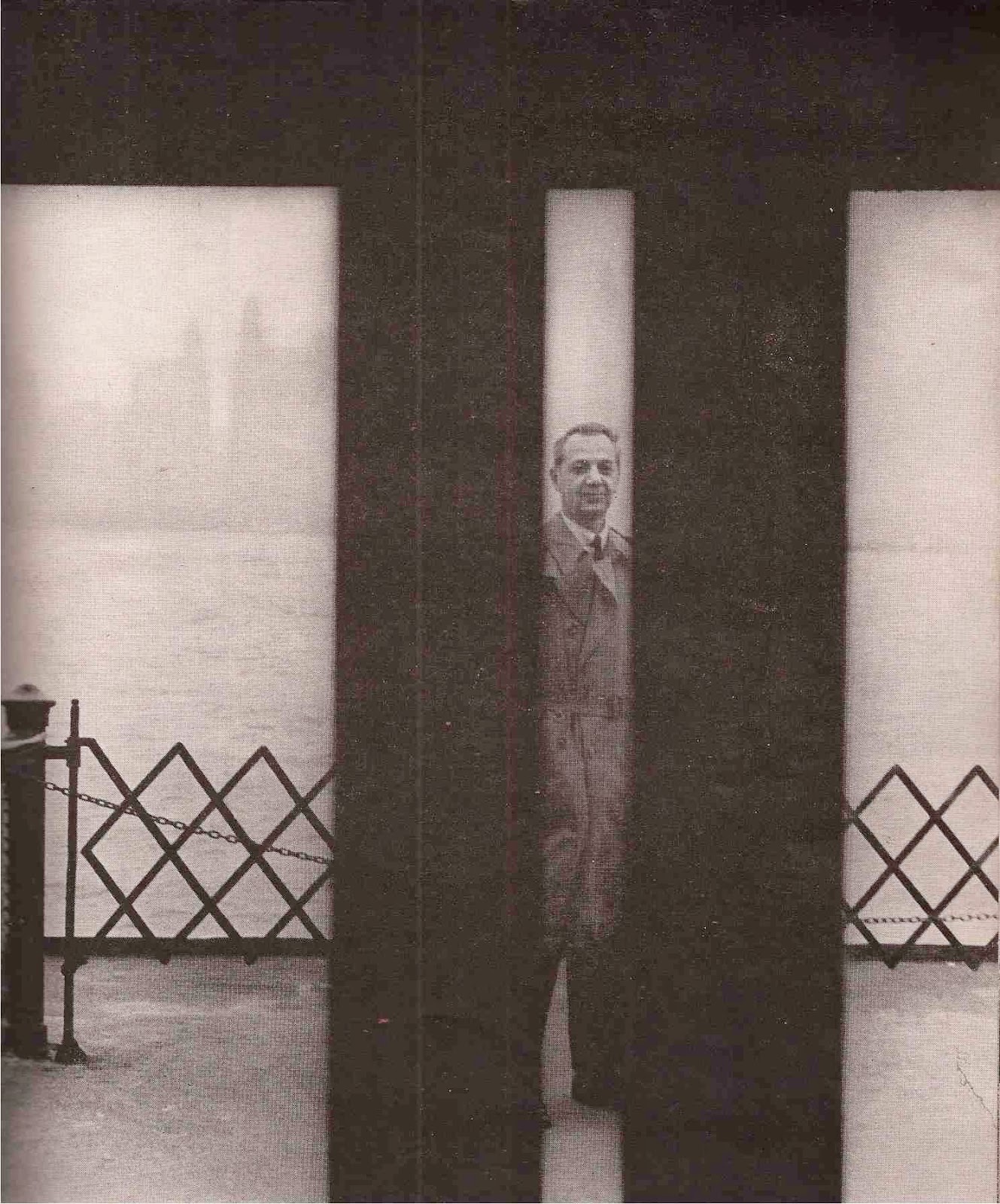 One of the three great names in opera 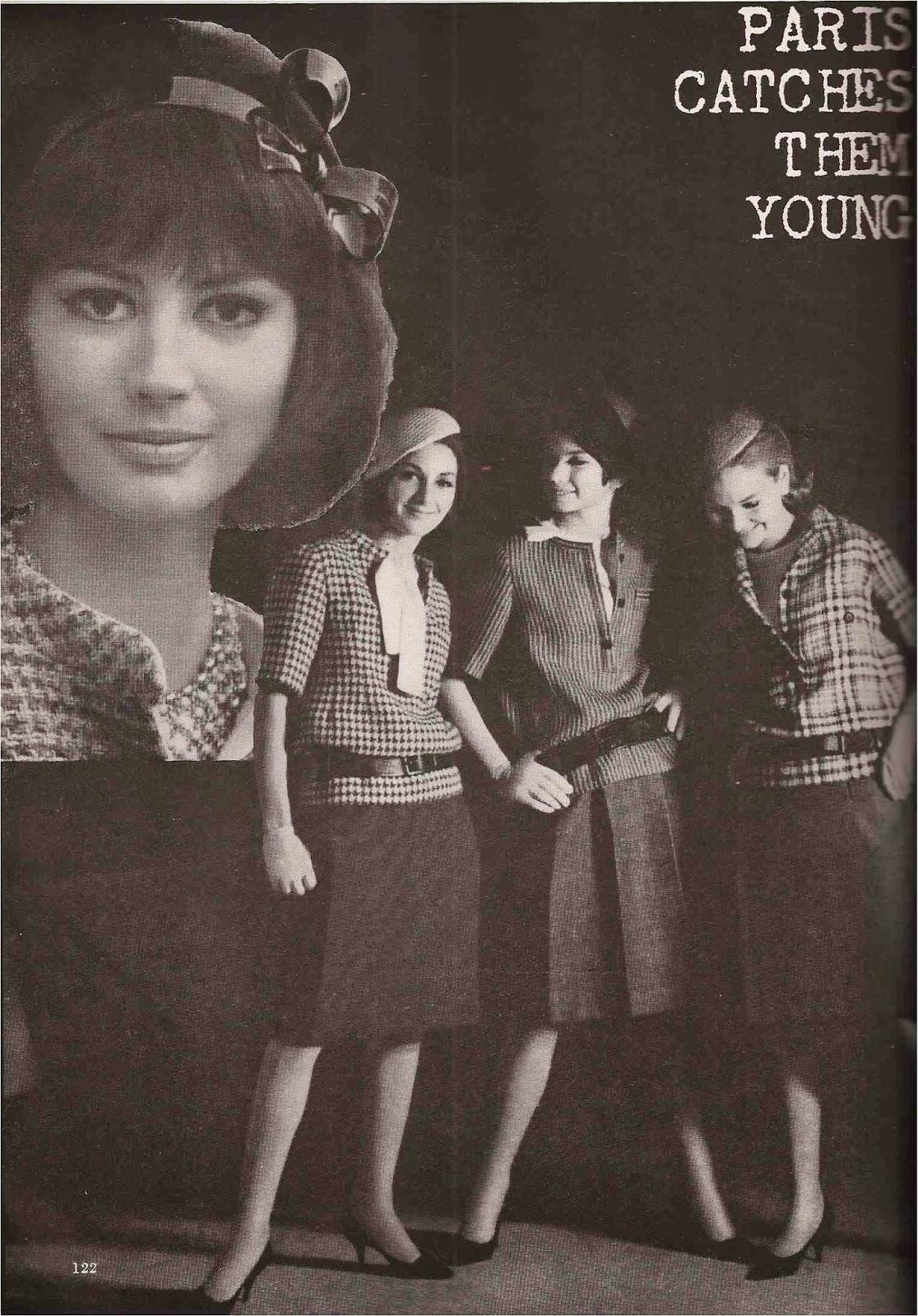 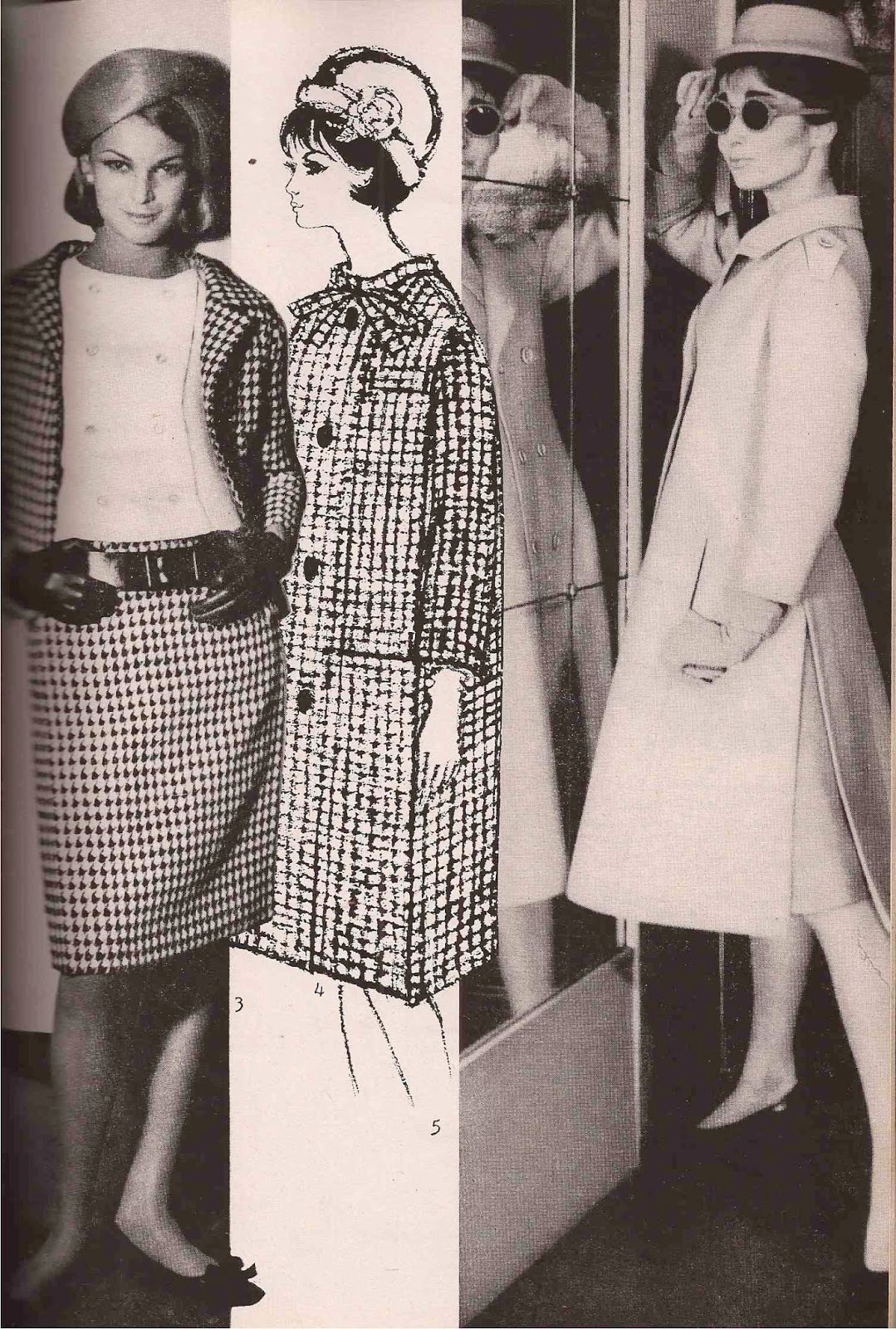 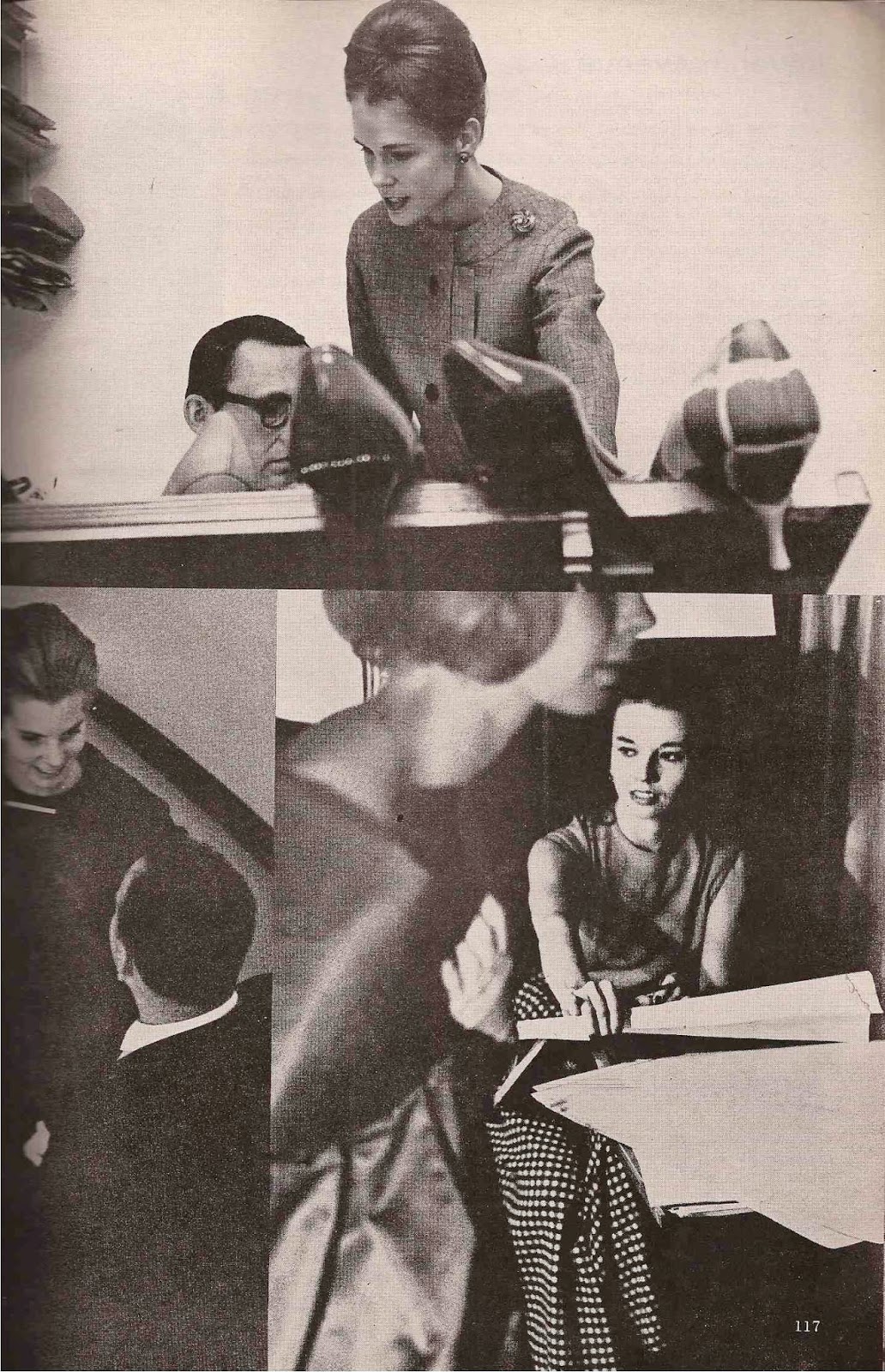 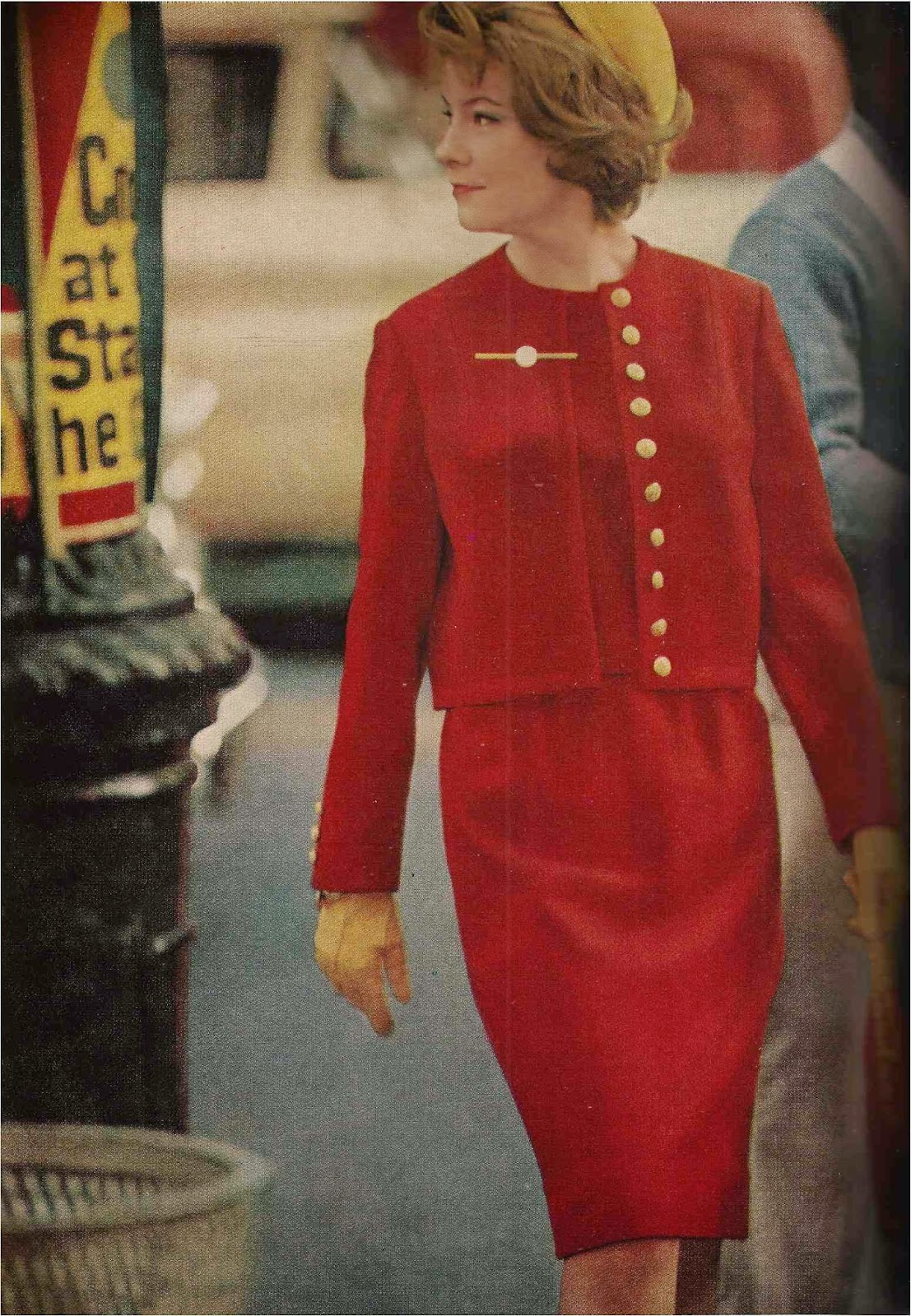 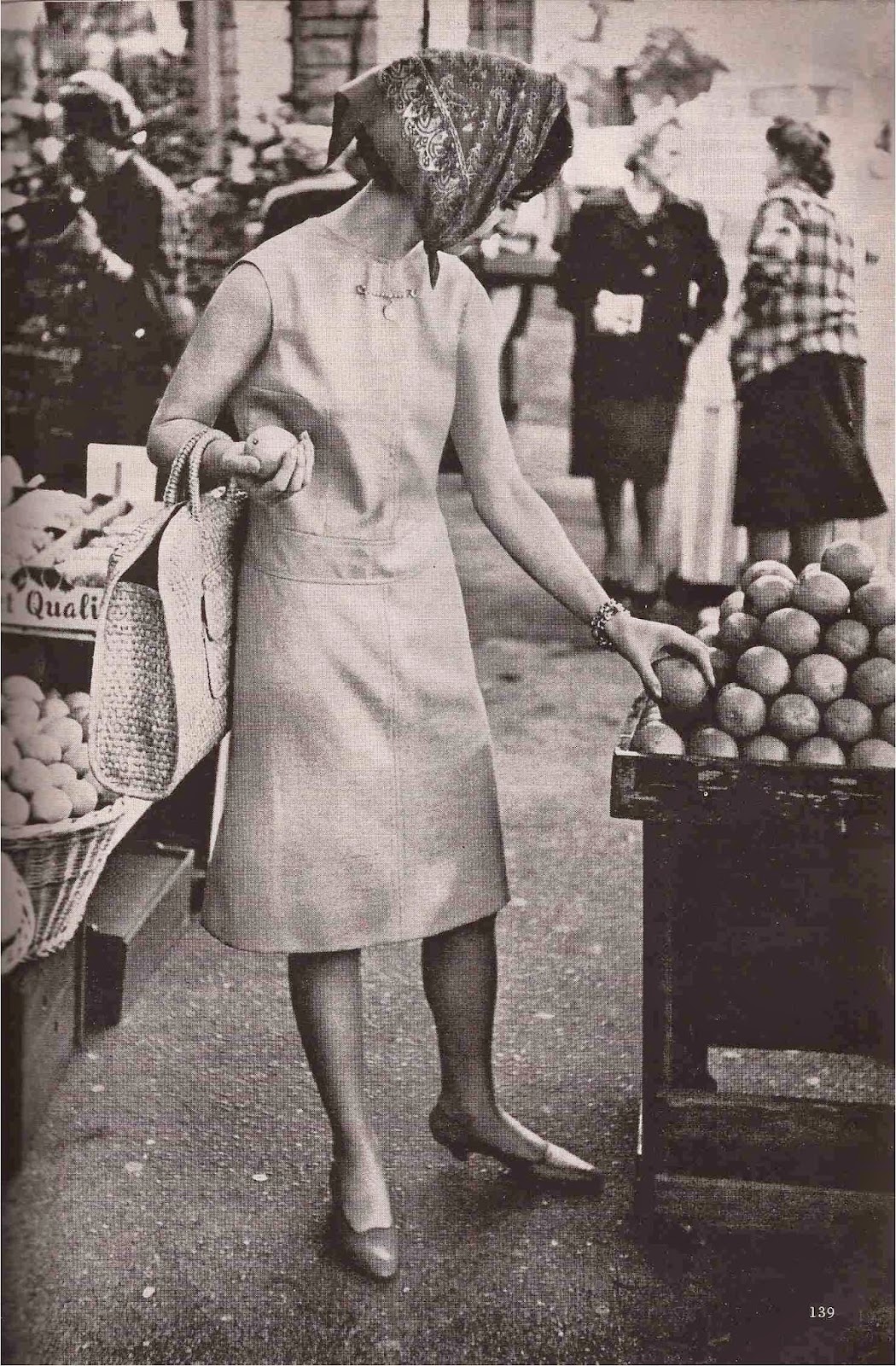 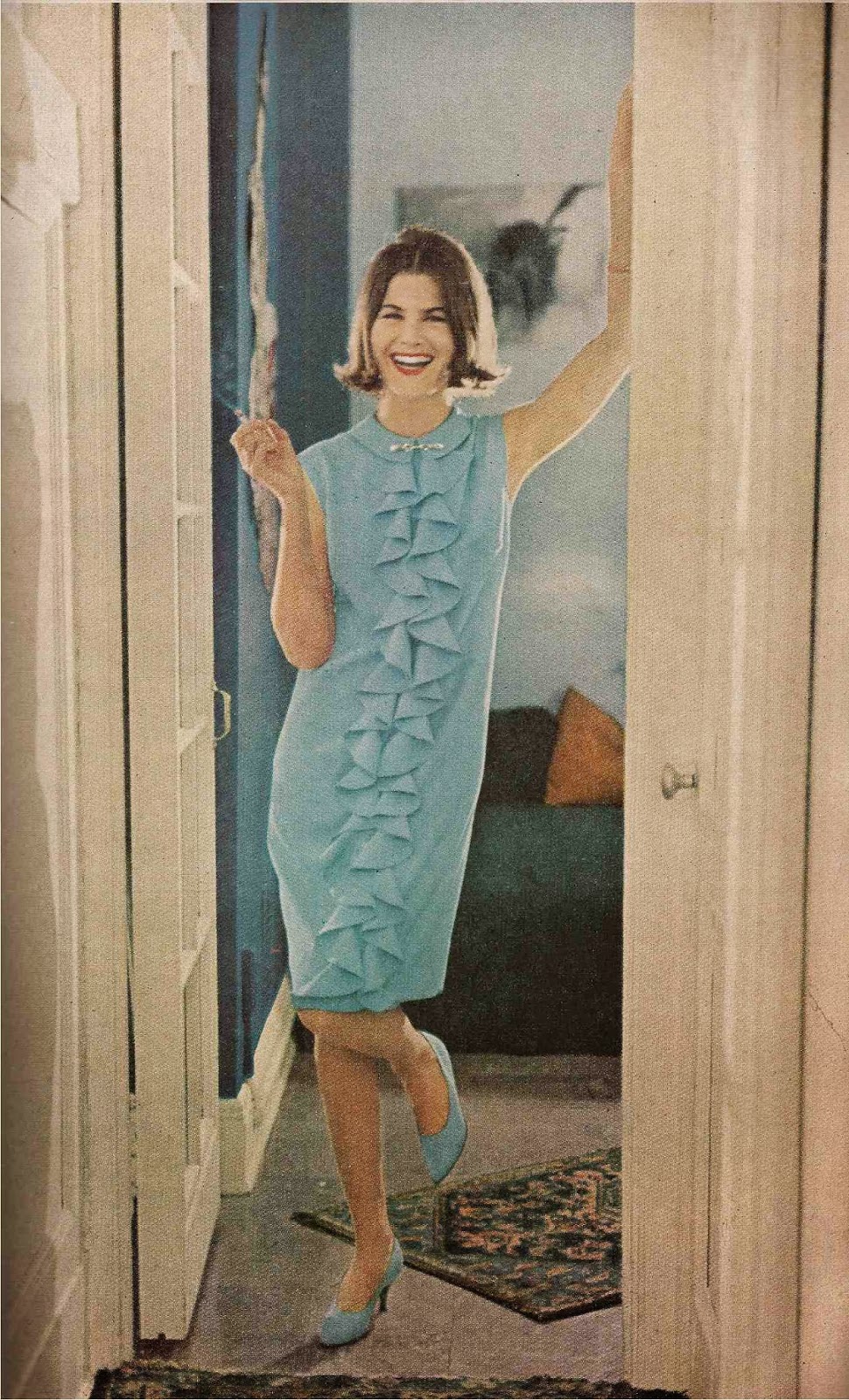 Cocktail ruffling dancing down the front of a sky-blue Bernard Levine shift. 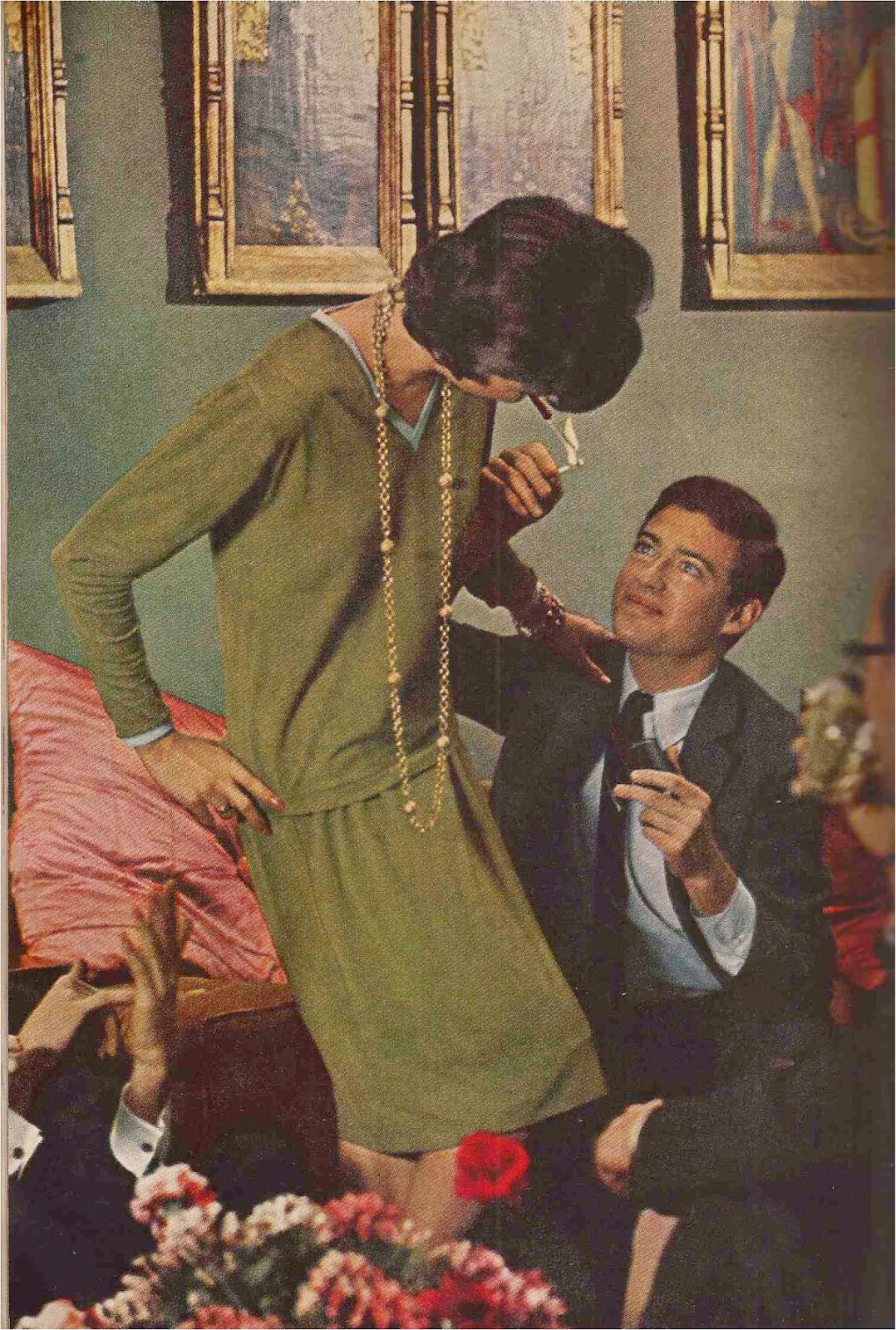 Fashions Fashion: something simple after five

"The legend is that you can tell a fashion tycoon by counting her bracelets - four at least. Other apocrypha: sunglasses even in the rain, a purse big as a Gladstone bag. But the real markings are far more subtle. At a cocktail party,for instance, no globs of glitter, bumptious skirts or bumptious decolletages. What's more likely, simple stuff: a Chanelish suit, a silk sweater, a little something of a shift."

Anne Swedmark of the Ford Model Agency in Ulla. Anne, about to leave for Ford, Paris, tries out her French on Bob Wise who sells houses on New York's gilt-edged east side. 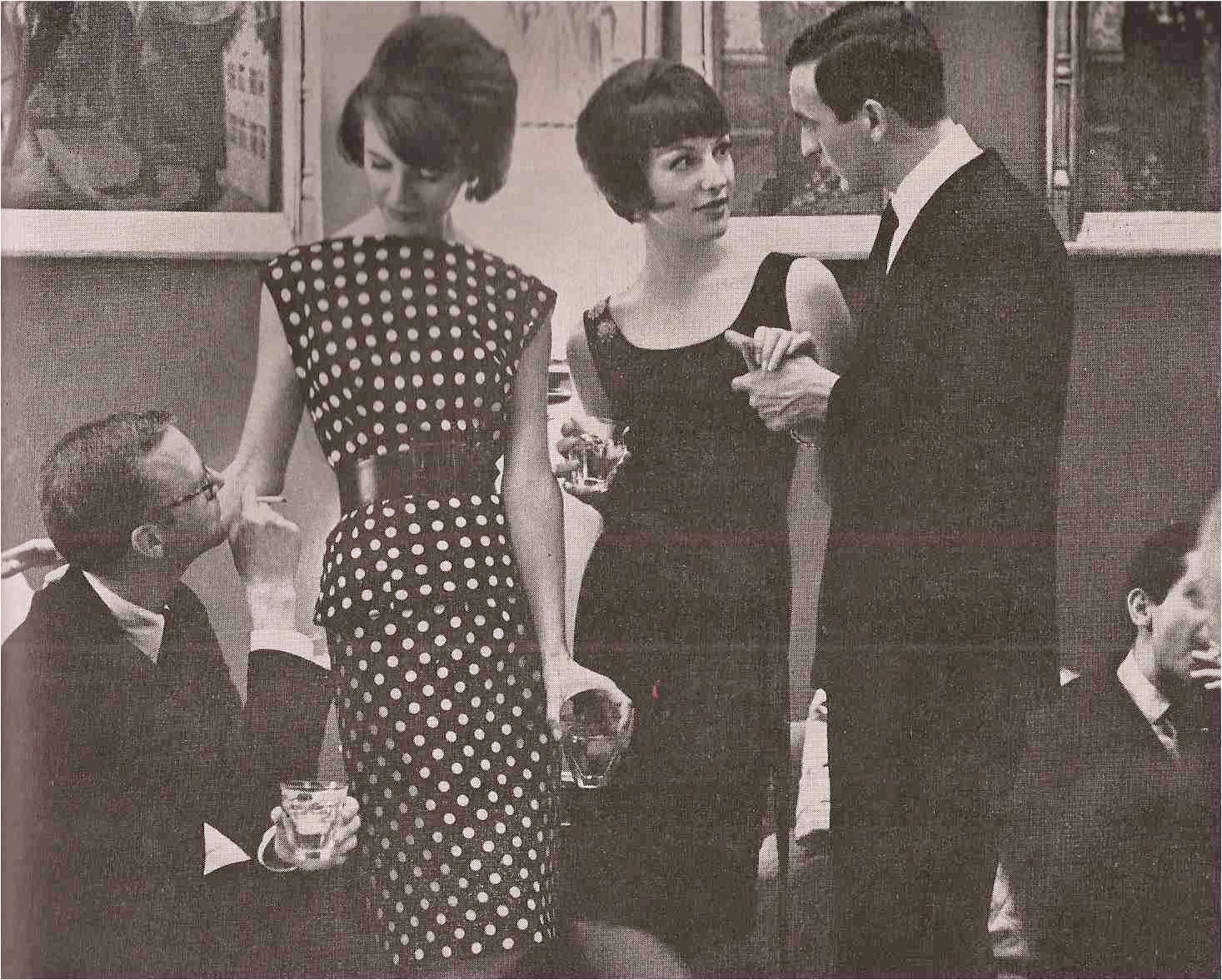 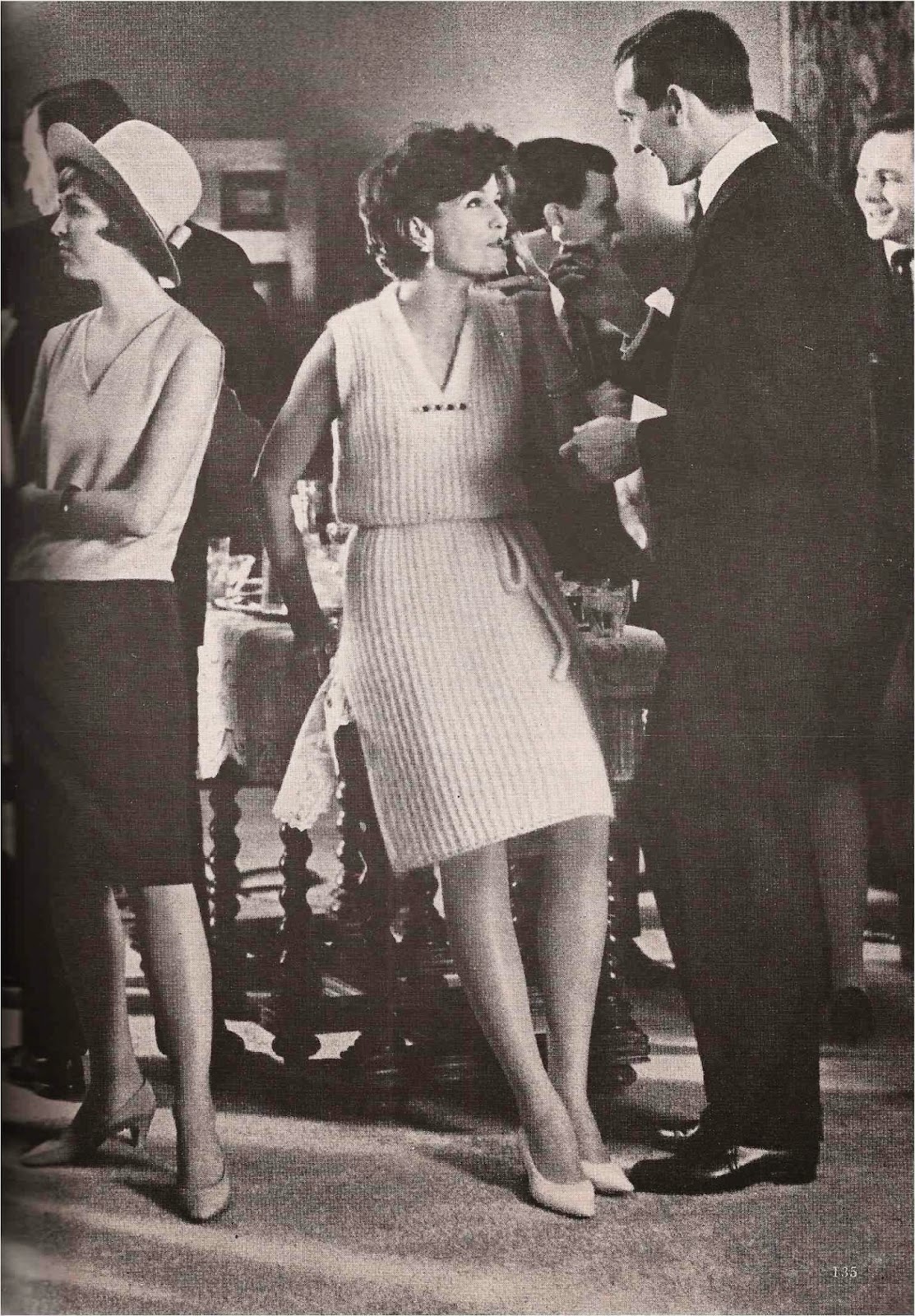 On the left, Ruth Barr, of the Regina Ovesey Advertising Agency, wearing the shift and hat she chose at Jax. Noel Lambert wears a white mohair knitted shift by Boepple with a Trifari pin of fake pearls and sapphires. 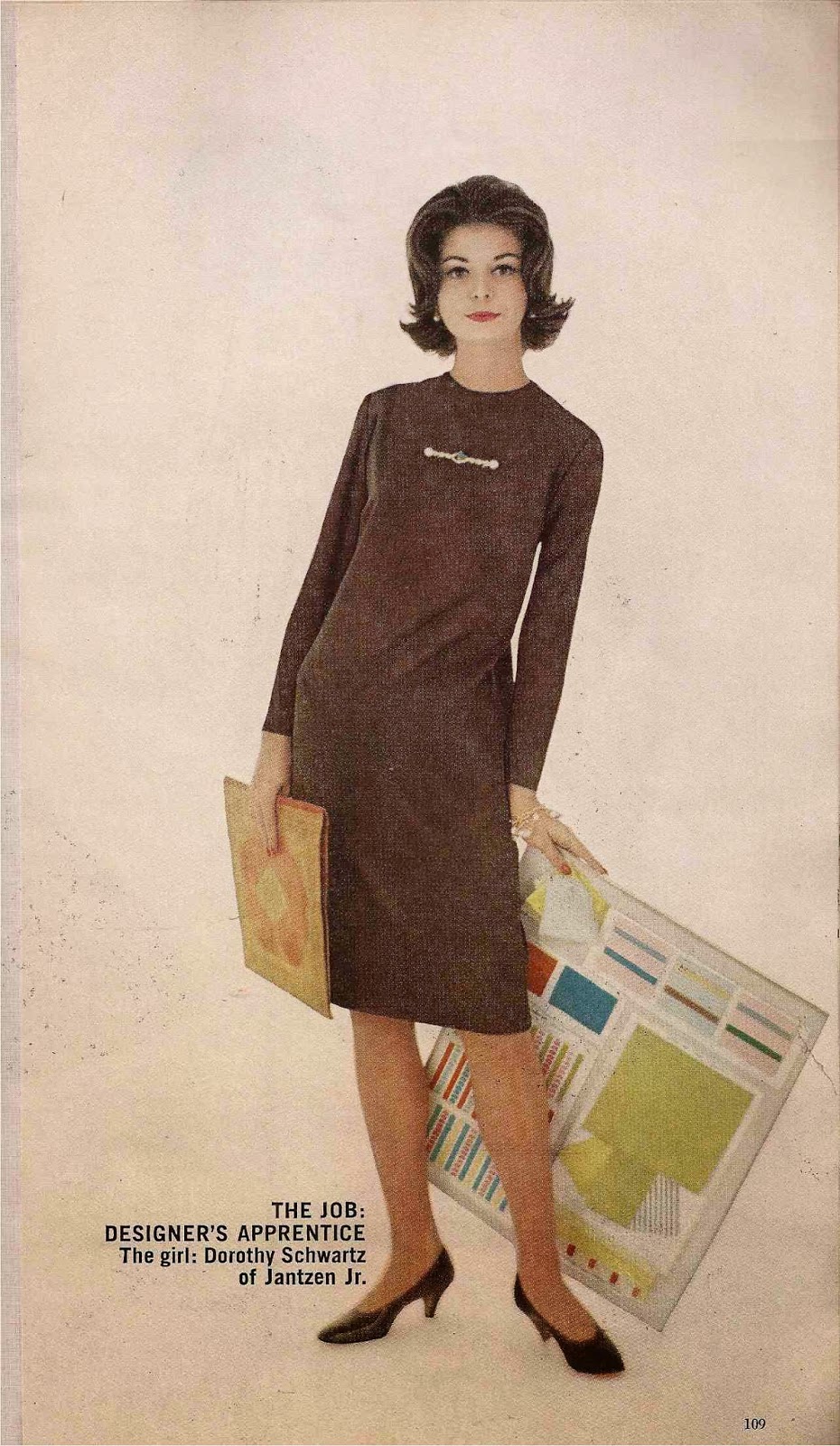 What The Experts Are Wearing


Posted by devodotcom-devocanada-femaleandfatal-vintimage at 4:36 PM