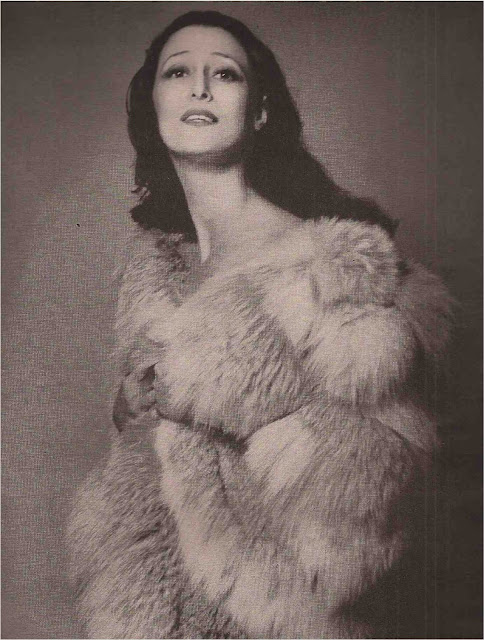 Until recently, Maya Plisetskayahad never danced outside the Soviet Union; wherever the Bolshoi went, to Italy or Belgium and England, little Maya was sure not to go, a circumstance that mystified many:  after all she was Russia's finest dancer, officially the Bolshoi's second-ranking ballerina but considered, certainly so by the younger authorities inside her own country, a peeress of the supposed queen, the sacred Ulanova, if merely because Plisetskaya, now thirty-five, is at the noon of her ability, while Ulanova, lovely light though it casts, is moving under the moon of hers.  Moreover, for over a year, Plisetskaya performed not at all, not even in Moscow, and it was understood she had been eliminated from the Bolshoi, put into purdah, it was popularly alleged, because of an affair of the heart that hurled itself into scandal: a Ballet Rose in Moscow.  Tragedy ensued, gossip that gratified no one, even those who resented Plisetskaya's unsoviet and womanly glamour, her insistent individuality; but if she had not been so particular a public favorite it is improbable that this glittering animal, with her brilliantly abandoned control, would ever have been reinstated by the company: a possibly unique instance of the Russian populace having their own way, for they do adore her: Plisetskaya nights at the Bolshoi are spectator experiences on both sides of the proscenium, she brings out such an attractive audience, youthful and knowledgeable and excitingly demonstrative - there is some sweet delight in seeing an artist extravagantly appreciated, in watching wadded flowers, flung like kisses, embrace the curtsying ballerina; but, on stage and off, there is a pathetic, sympathetic expression in Plisetskaya's face, one can't quite label it (an unconvincing bravura? would defiance be a better word?), that bouquets seem to heighten rather than blur.

From Observations, a book of photographs by Richard Avedon with text by Truman Capote, published in 1959 by Simon and Shuster.

Posted by devodotcom-devocanada-femaleandfatal-vintimage at 3:05 PM