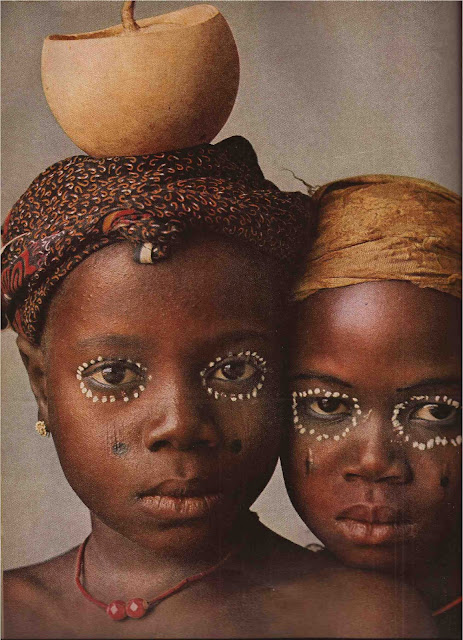 "Rarely in Africa is the body left in its natural condition. Modifications such as the cicatricial patterns on the torsos of the girls from Ganvie' are not purely ornamental; they indicate that the person belongs to a certain tribe, to a certain clan, or has undergone rites of initiation." 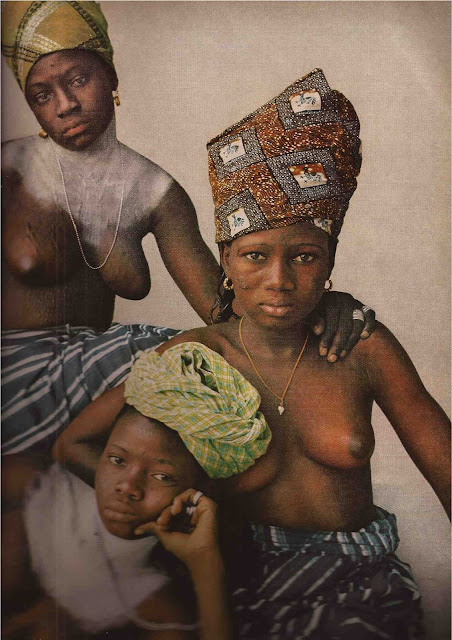 Believers In Magic
Girls of Ganvie, cheeks tatooed and bodies delicately marked  by village seers with the symbols of their tribe. 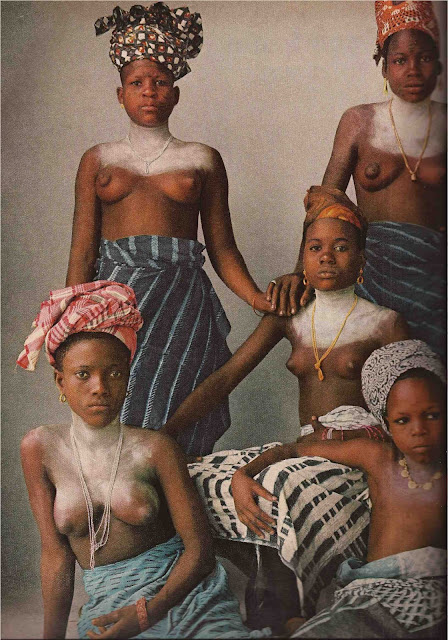 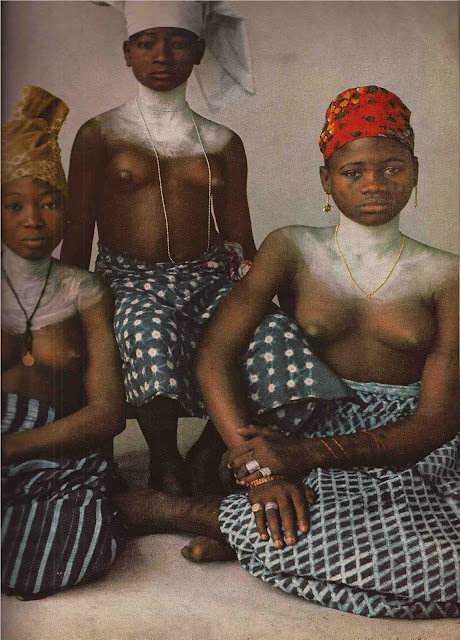 Girls of the Aizo Tribe

"The floating-market vendors along Dahomean lagoons which line the Atlantic shores of Dahomey powder their throats white."

"Differences in the clothes, maquillage, jewellery, scarifications and hairdressing reflect the different values and patterns of life of their peoples but, under this variety, is a common aesthetic orientation: We are in the world of art." 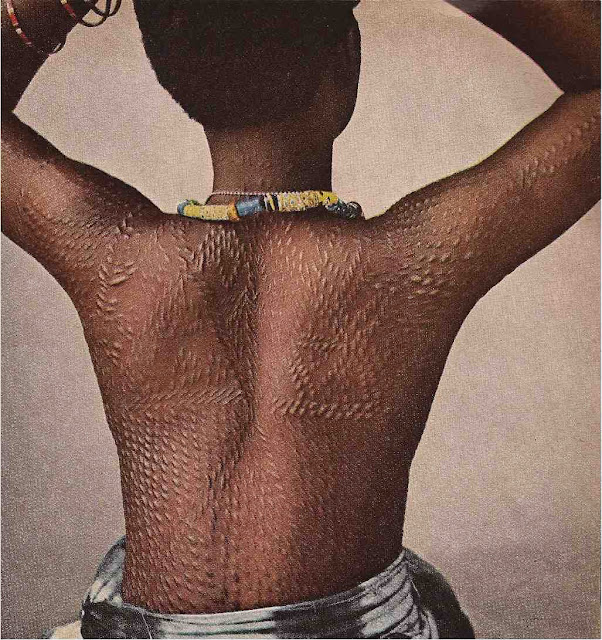 A Girl Vowed To Her God
"Chosen at birth, initiated in the mysteries of a vodun at a convent; a bride of ancestral spirits, her body embossed with the cicatrices of her cult." 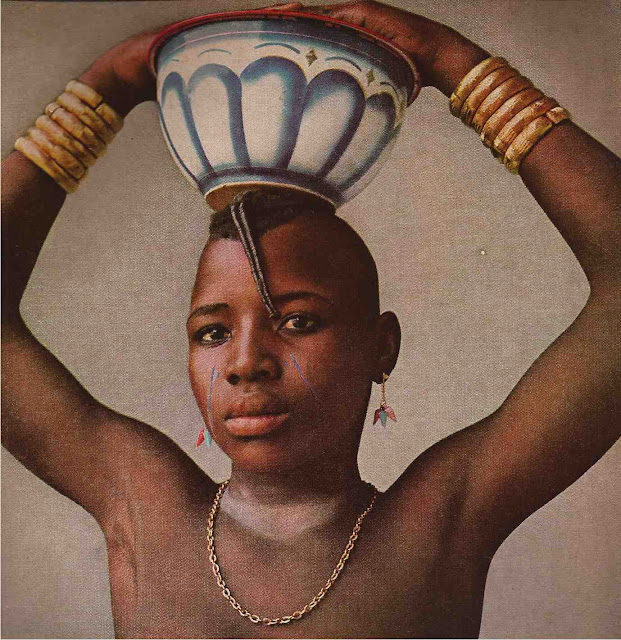 Arms abound with bracelets, hair dressed with butter and charcoal - a Fulani, one of the proud pastoral nomads of unknown origin who wander throughout the savannahs from Senegal in the west to Cameroon in the east. 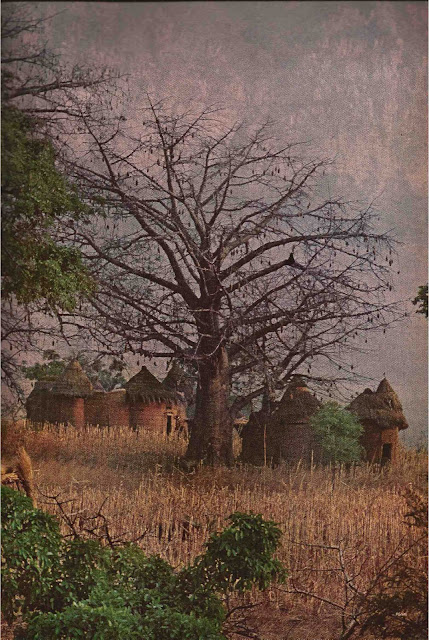 "Tatas" Of The Somba, each a private fortress for a patriarch and his family, near the hills of Atakora, where these animist tribesmen live. 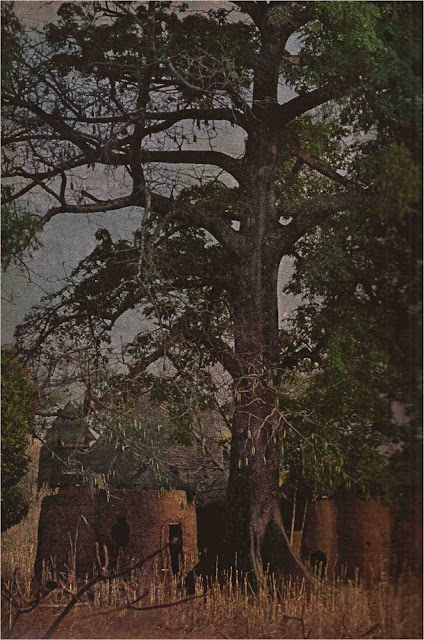 The Quest For Beauty In Dahomey
Vogue December 1967
Photography: Irving Penn
Posted by devodotcom-devocanada-femaleandfatal-vintimage at 7:12 PM