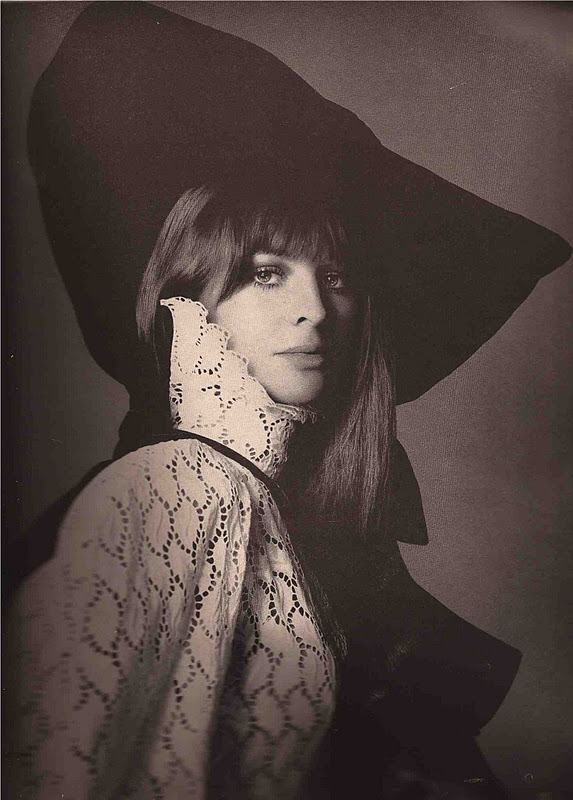 Sarff-Sumpano
Pacino called her “the most poetic of all actresses.”
Julie Frances Christie was born in 1941 in Chukua, Assam, India. 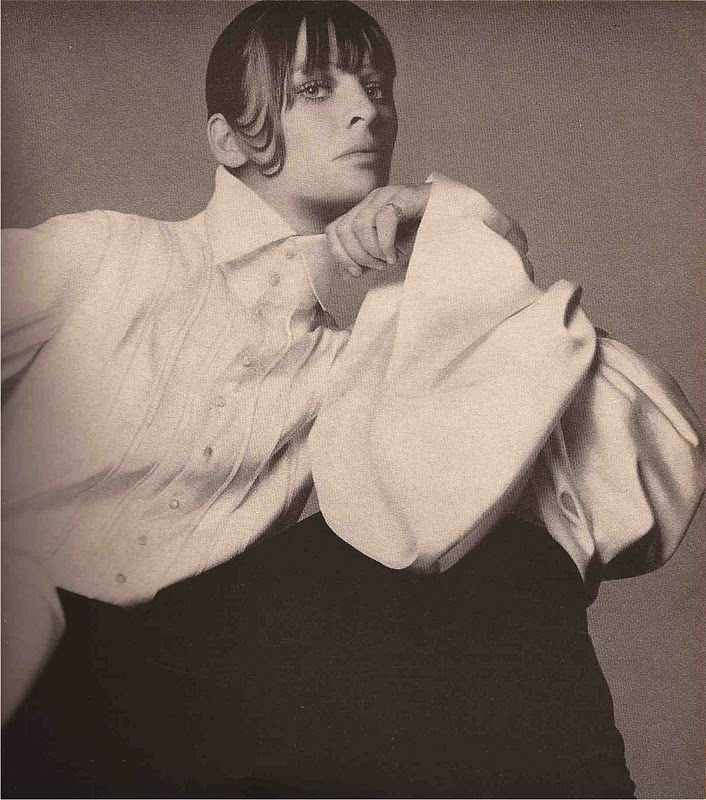 THE PRETTIEST GIRL'S SHIRTS FLARED TO A FARE THEE WELL
Sant'Angelo
Her breakthrough role came in 1965 as Diana Scott in John Schlesinger’s Swinging Sixties film Darling. It won her the Oscar for best performance in a leading role. 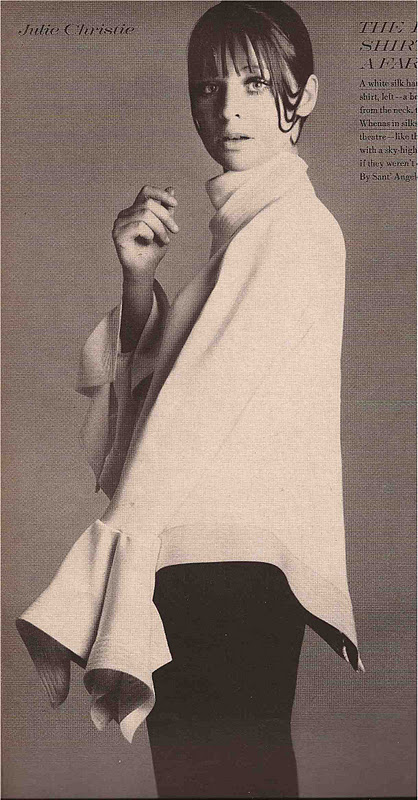 Sibley-Coffee
The role was originally offered to Shirley MacLaine, sister of the man she would soon share a decade of headlines with. 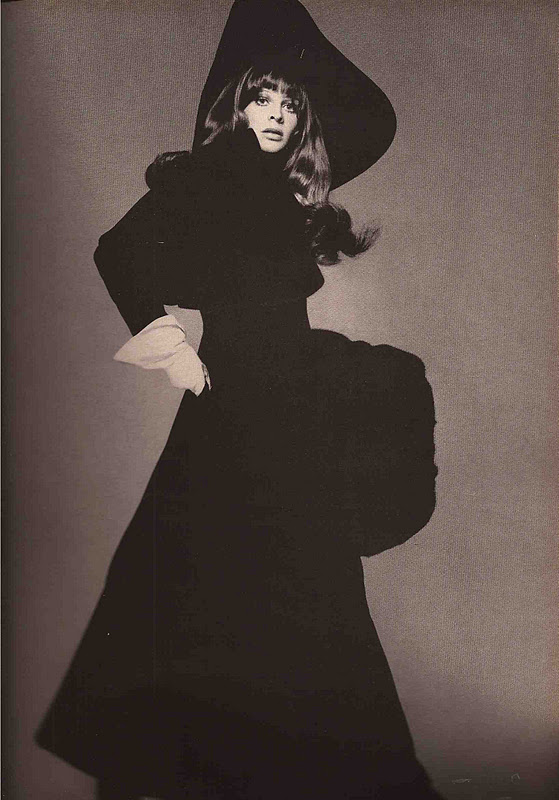 VELVET BRINGS OUT THE HEROINE IN PRETTY GIRLS
Michael Mott for Peraphernalia
Christie and MacLaine’s brother Warren Beatty, first saw each other at a 1966 Royal Command performance for the film Born Free. 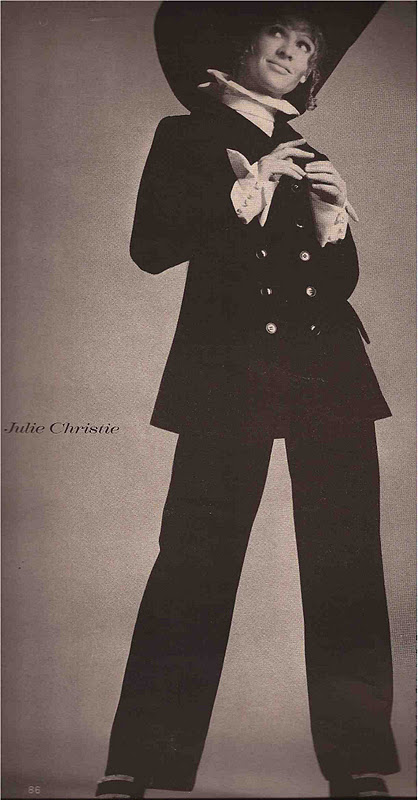 Beatty has said that he fell for Julie Christie while watching her shake hands with the Queen after the performance. 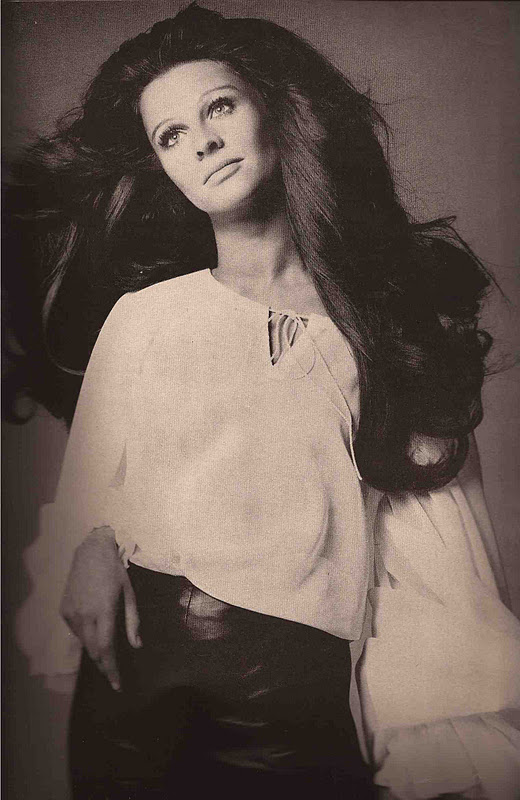 THE PRETTIEST GIRLS IN THE MOST ROMANTIC ROLES
Betsey Johnson for Paraphernalia
Schlesinger warned her away from Warren Beatty. He likened Beatty to a serial womanizer who "seems to get through women like a businessman through a dozen oysters". Schlesinger was concerned Beatty would do the same with his adored star. 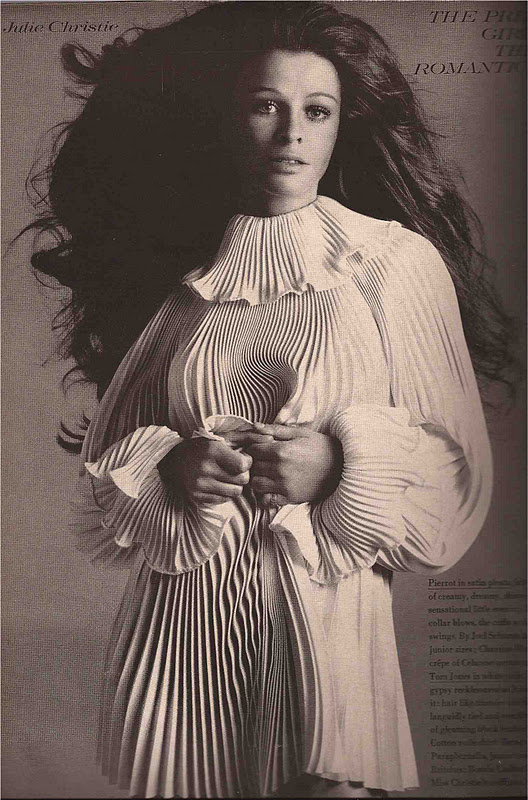 Joel Schumacker for Paraphernalia
Regardless, by 1968 the two were Hollywood’s “it” couple. 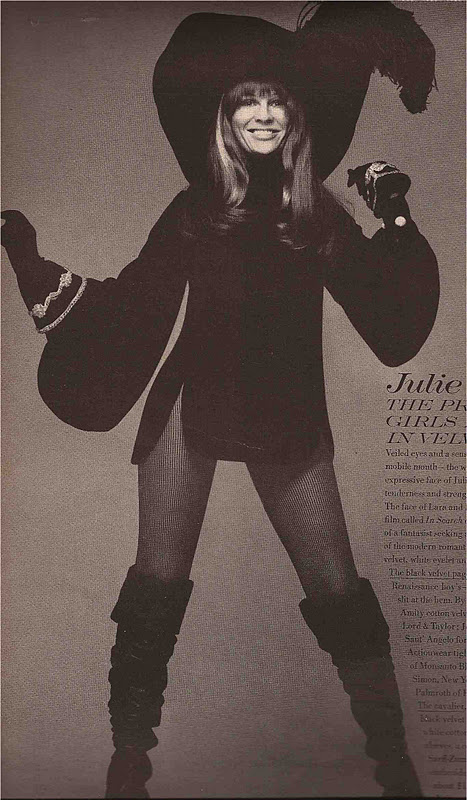 THE PRETTIEST GIRLS ARE IN VELVET
Leo Narducci
They went on to co-star in three films during the next decade –breaking up along the way when Schlesinger’s prophecy proved too close to the truth.

Posted by devodotcom-devocanada-femaleandfatal-vintimage at 8:48 AM