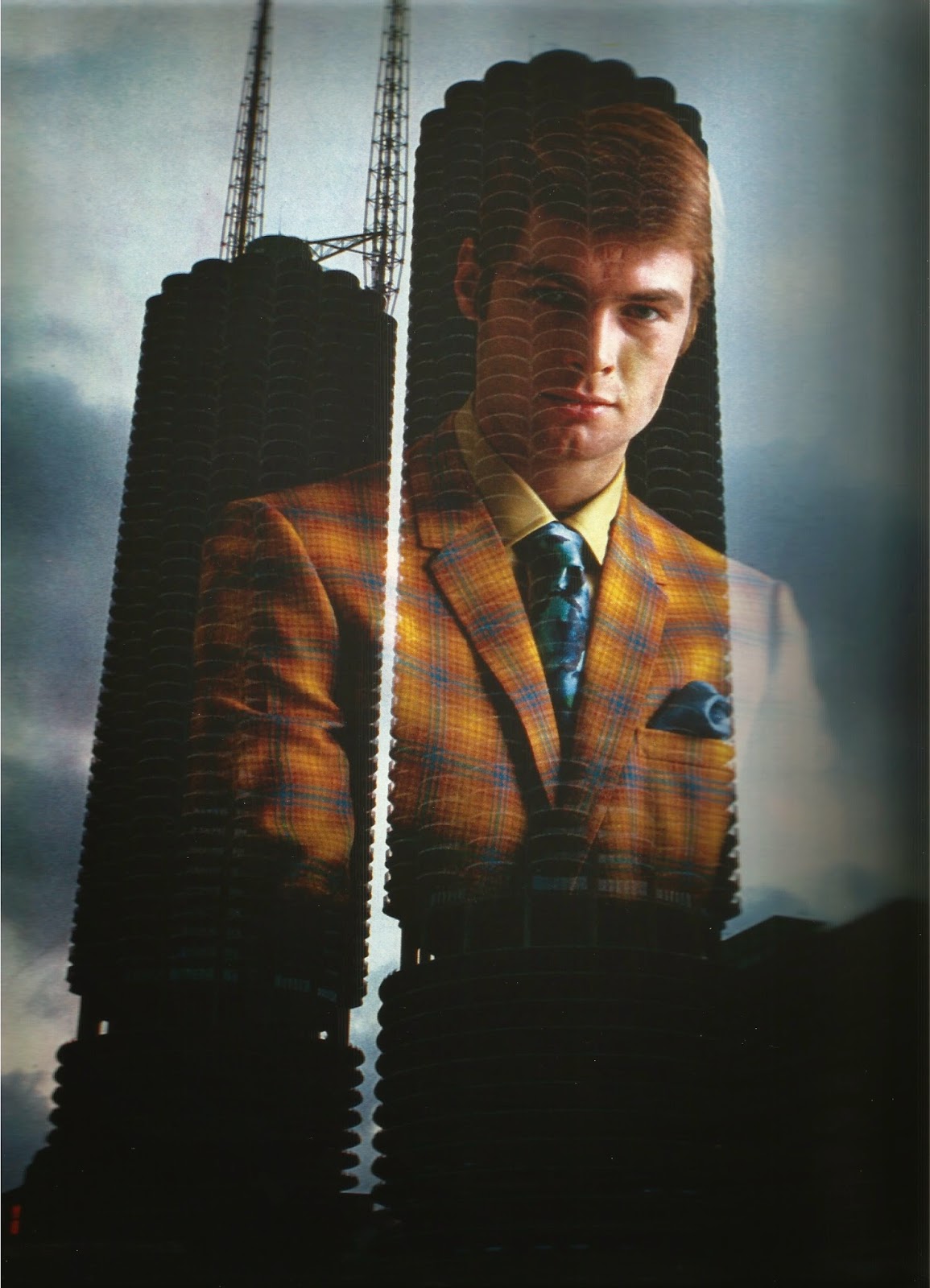 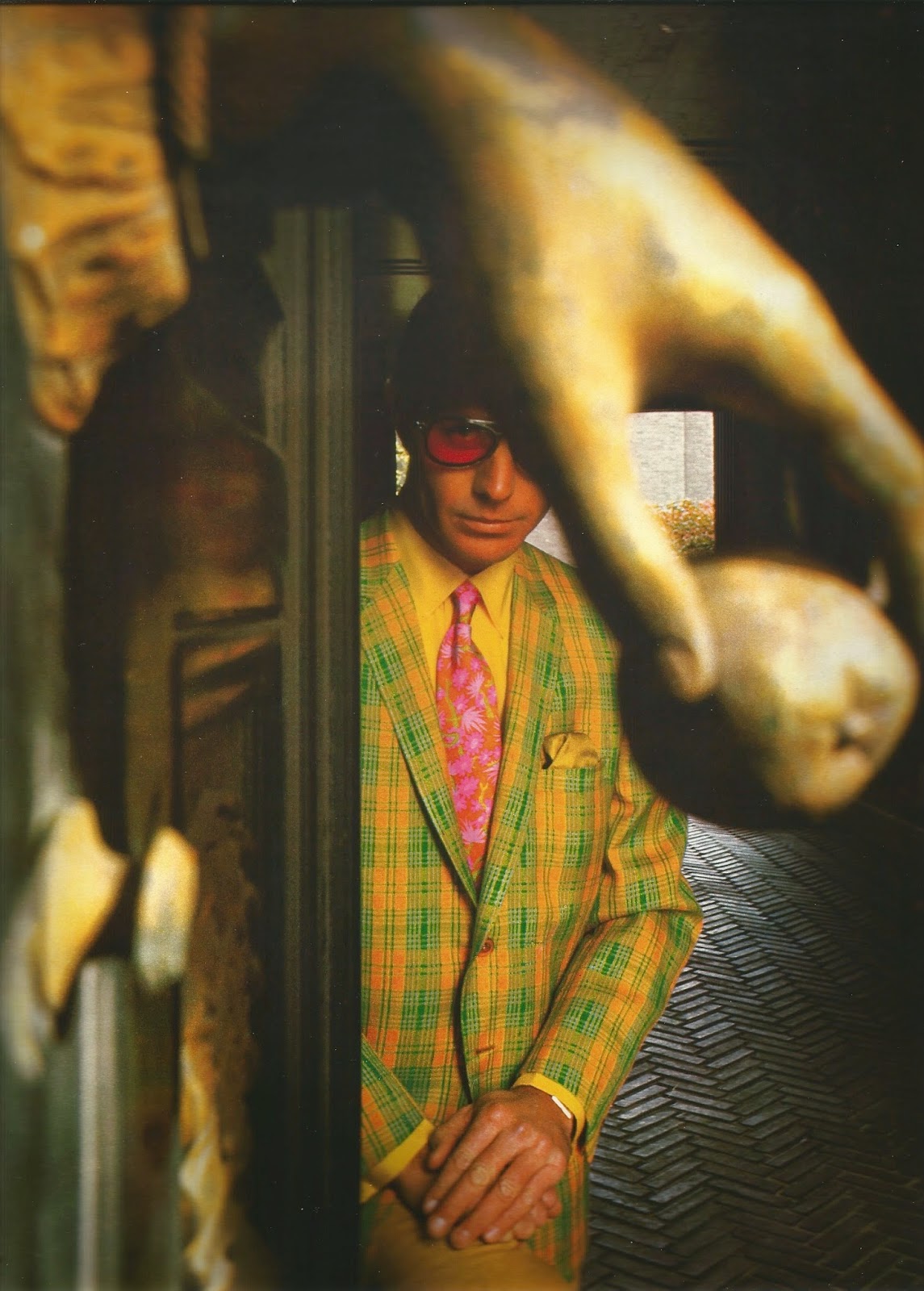 in the court of the golden hands, a silk-and-rayon jacket enriched with a Gold Rush size plaid. By Worsted-Tex. 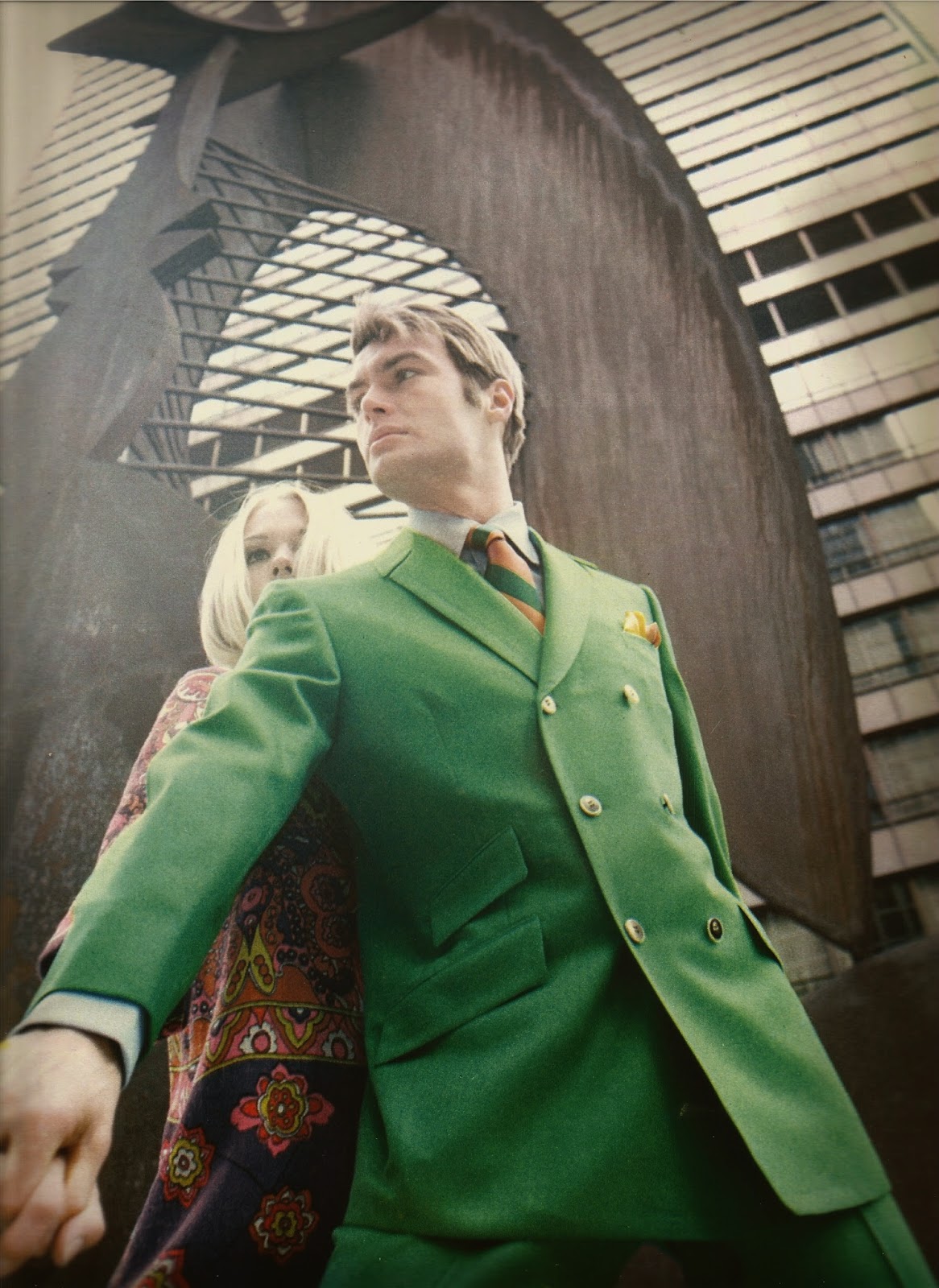 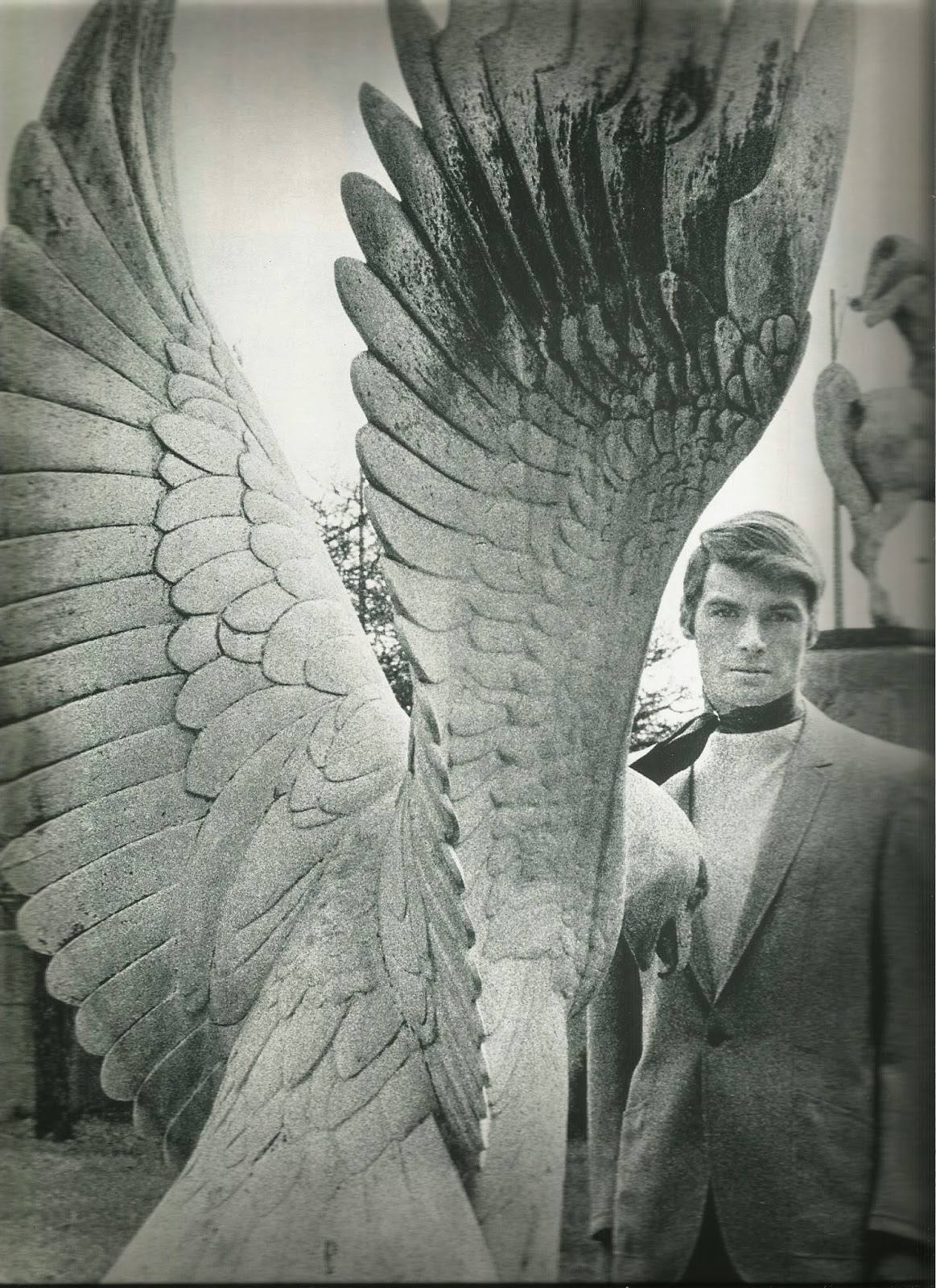 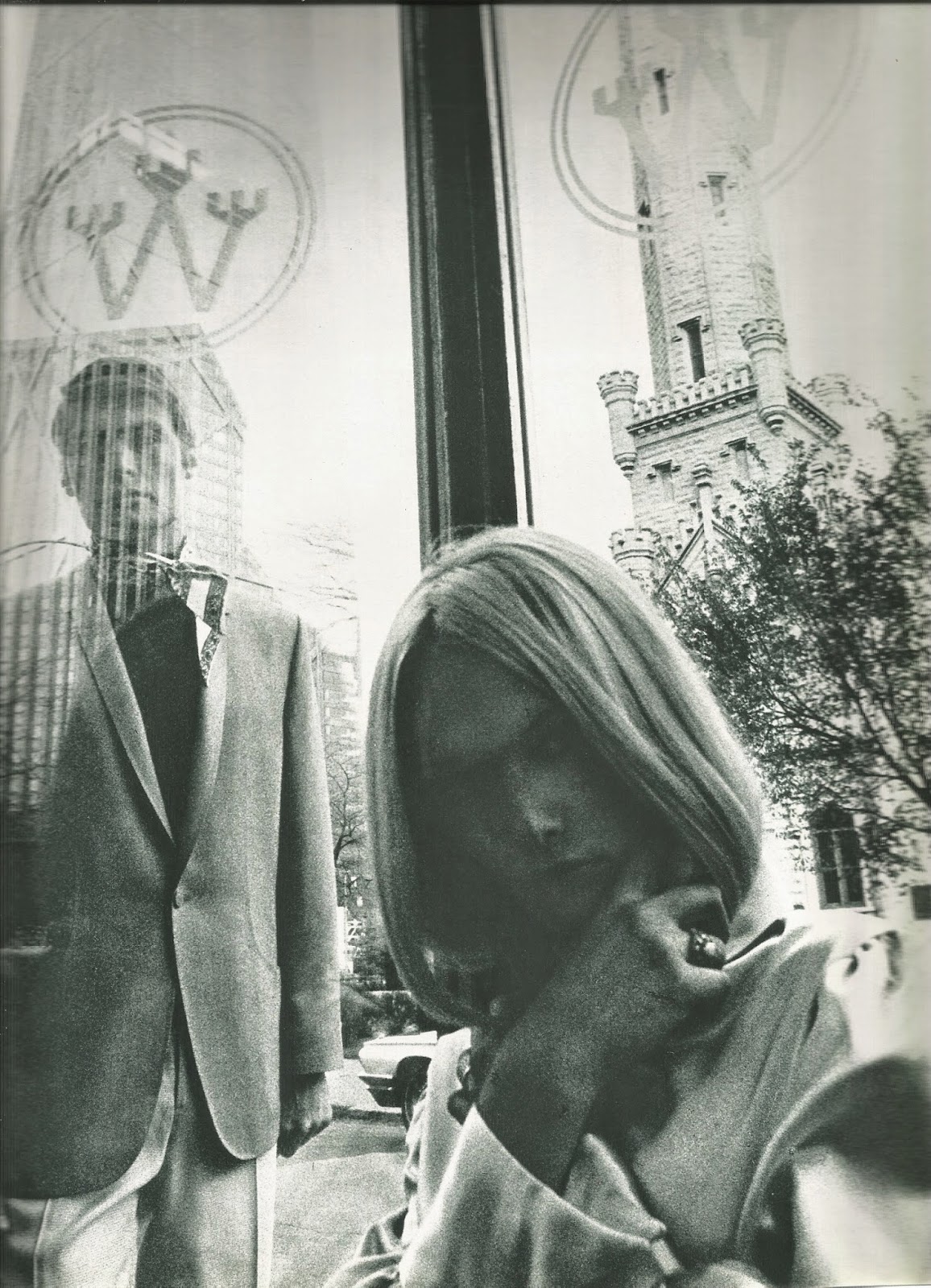 seen through the lobby windows of the water tower-hyatt house across from the water tower itself - a sport jacket with half-t lapels. curved seams run from the squared shoulders to crescent-shaped lower pockets. by ratner. 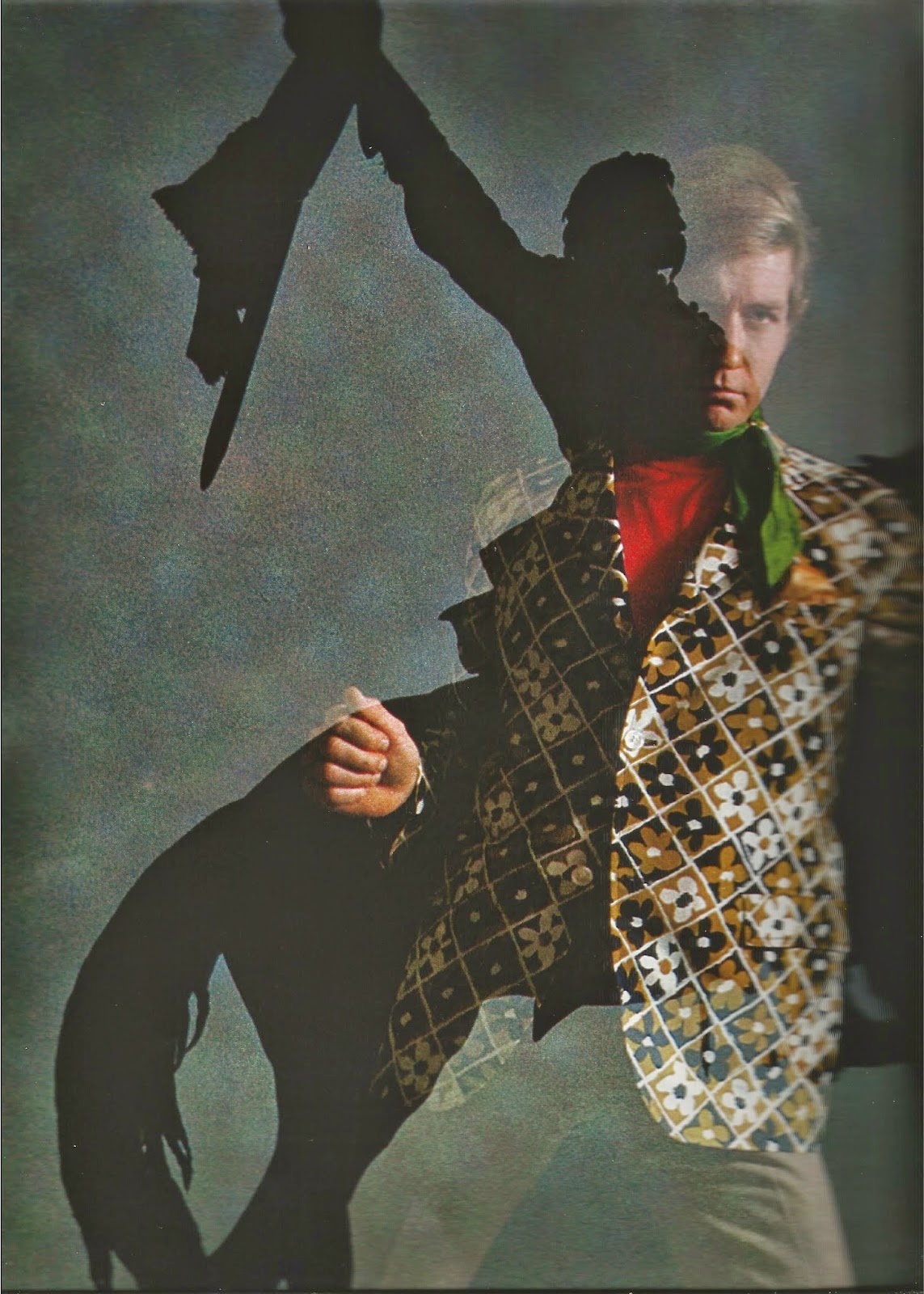 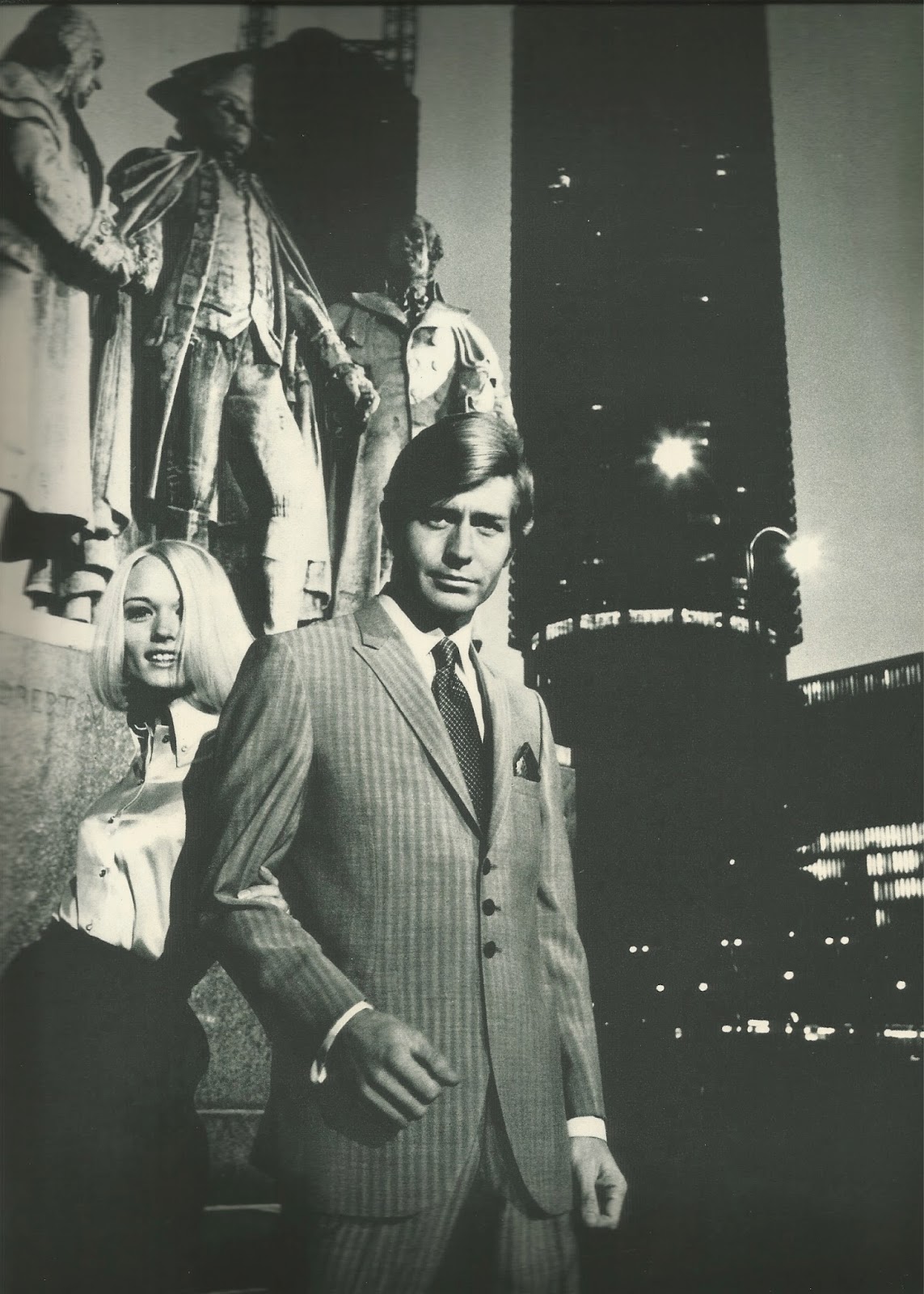 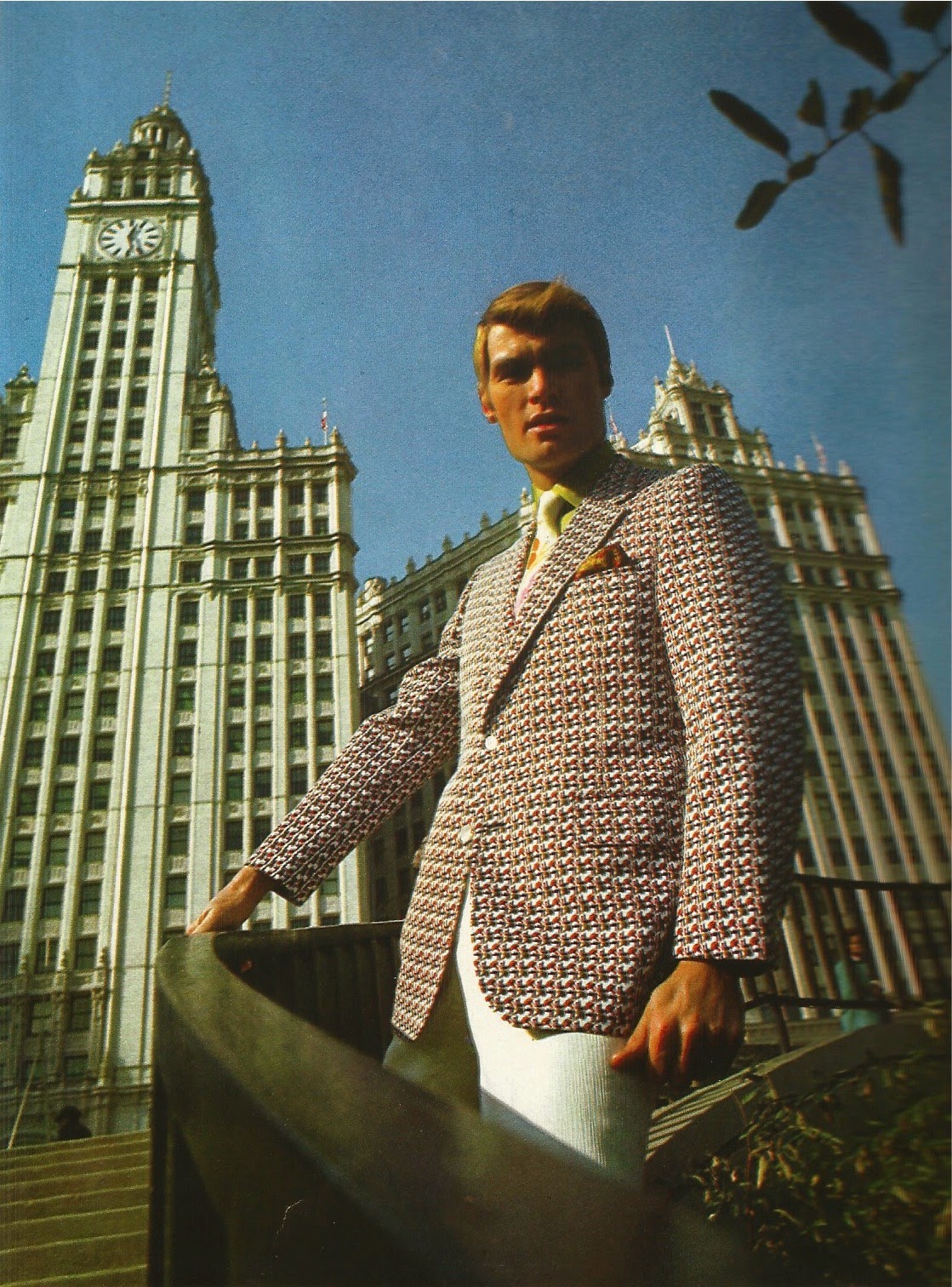 the wrigley building is the backdrop for this all-cotton jacket in an all-over-design print by delton perched at the michigan avenue bridge. 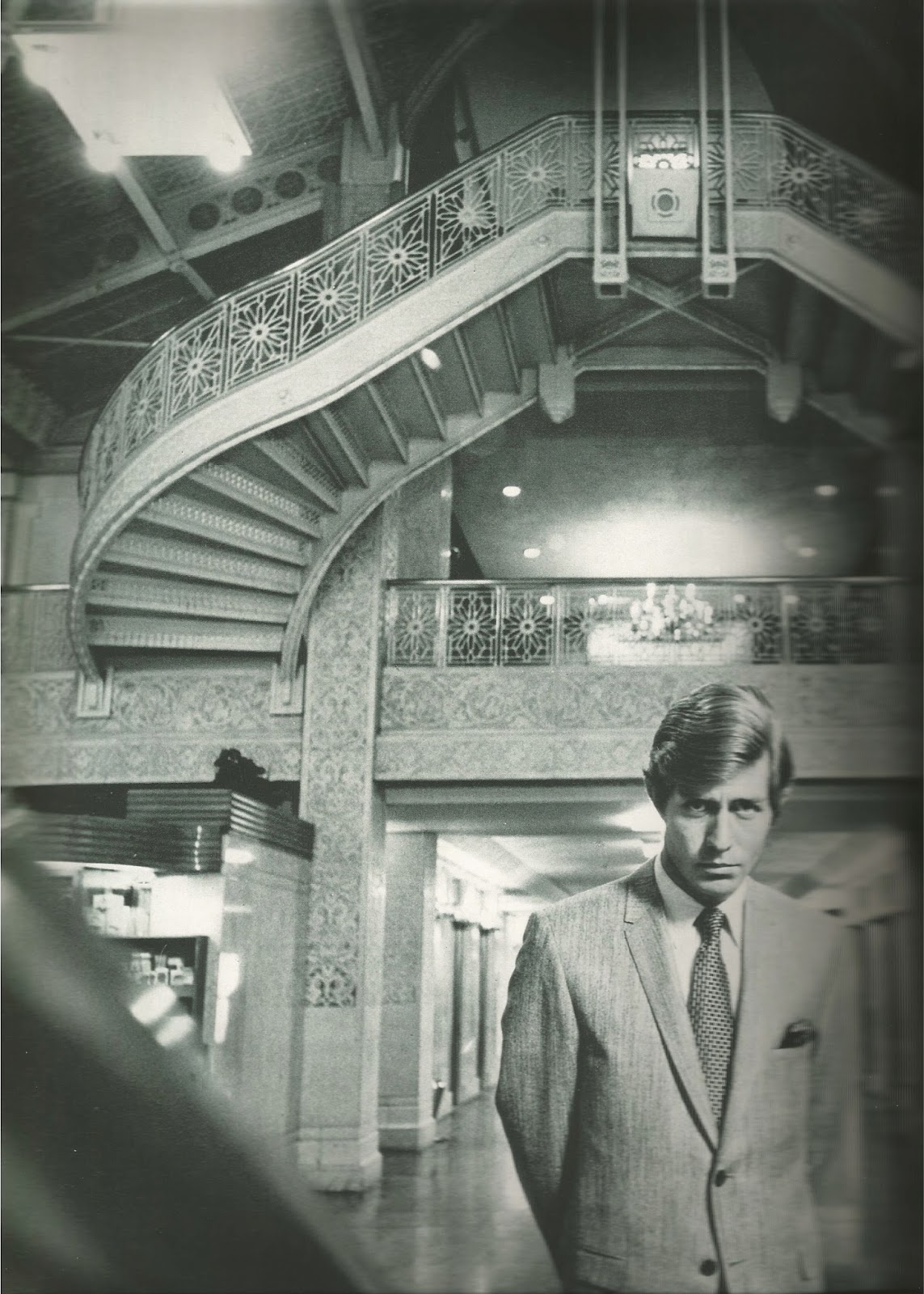 donegal by design - at frank lloyd wright's lobby in the rookery building, a silver-wheat-colored suit in sharkskin with a donegal look by top-o-mart. 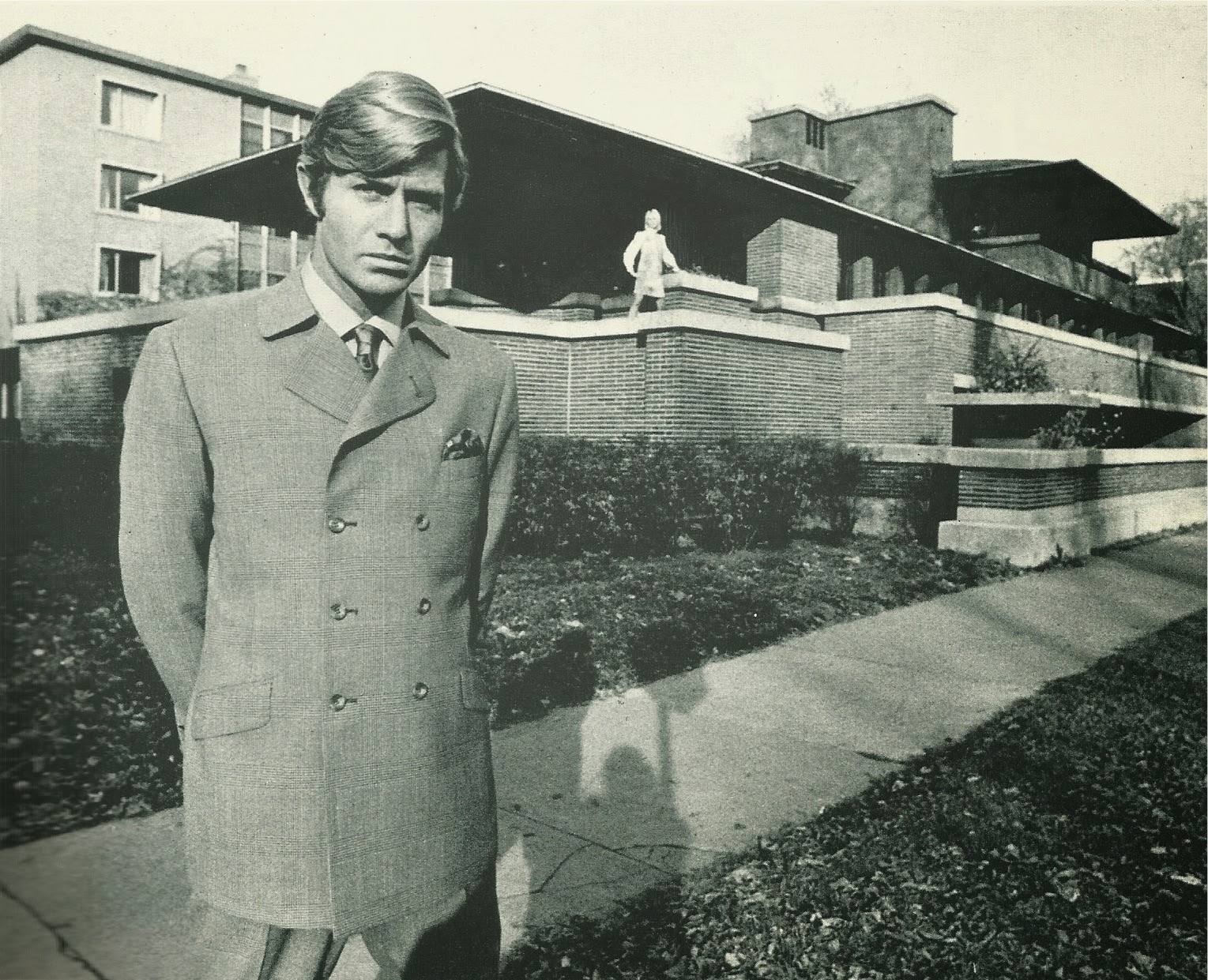 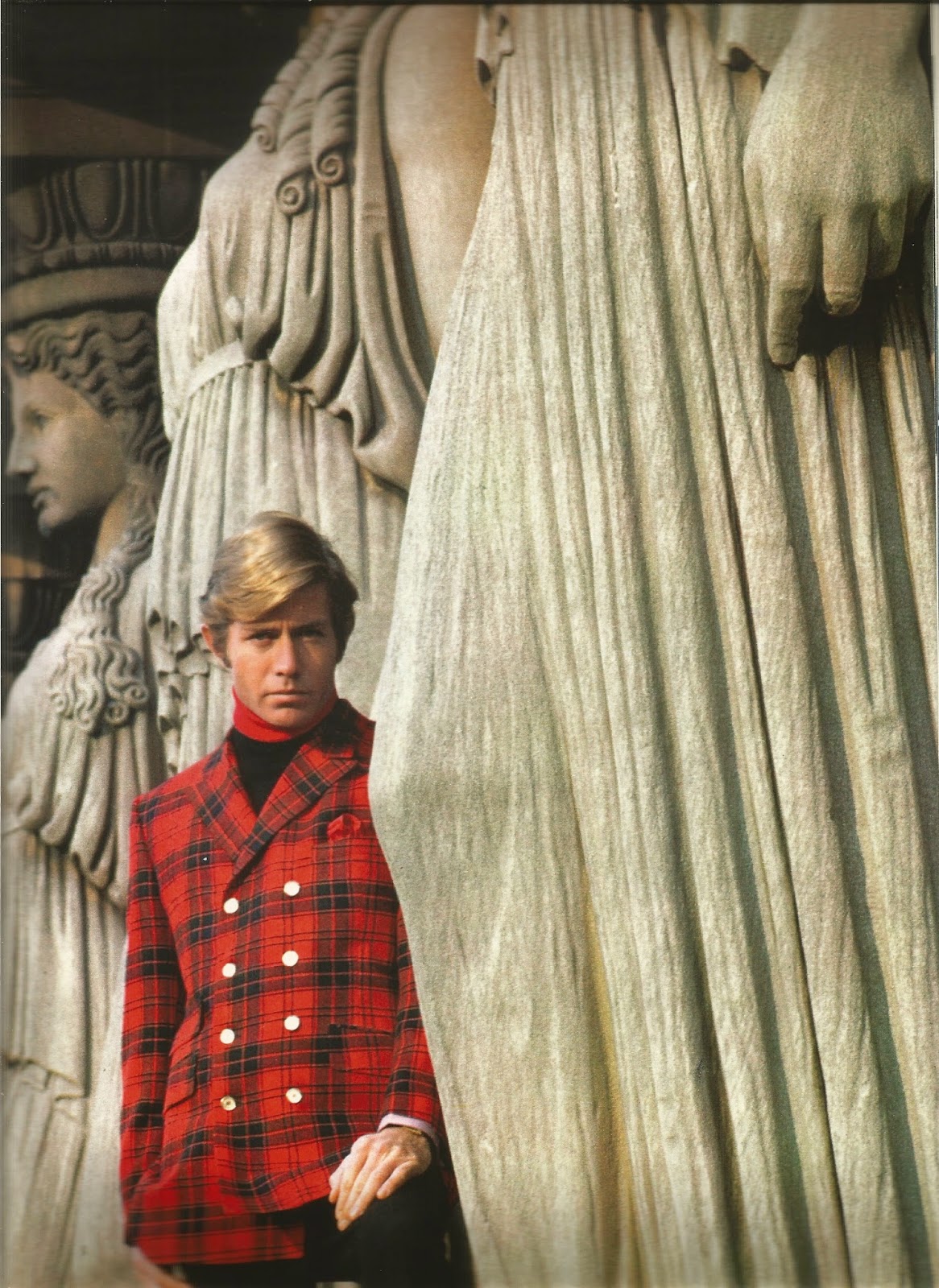 at the museum of science and industry, an eight-buttoned double-breasted coat in fire-red tartan plaid from the critique division of albert turner. 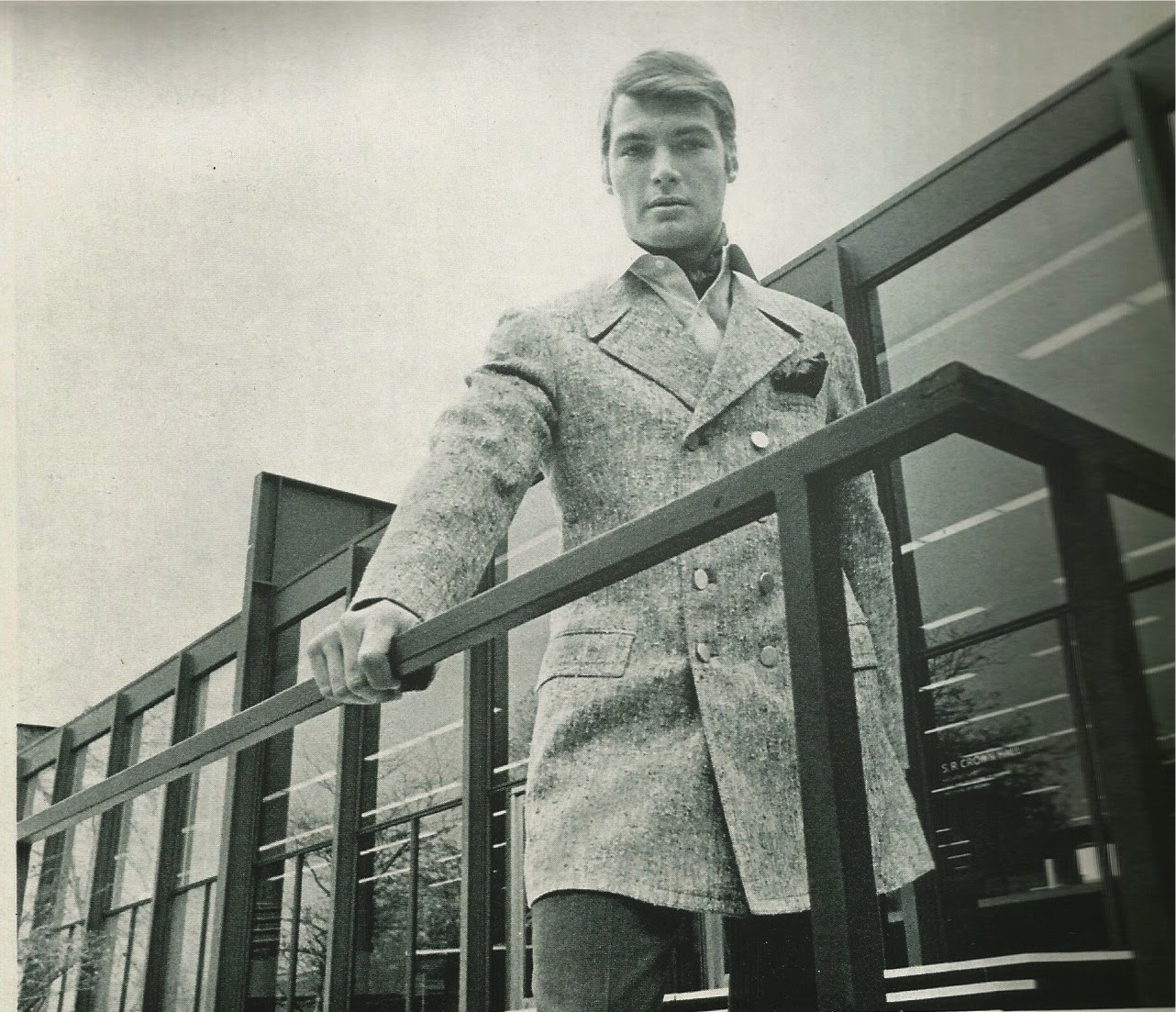 on the portico of mies van der rohe's crown hall at the illinois tech campus, a walking coat of silver and blue donegal tweed, nubbed with orange, yellow and green from stanley blacker. 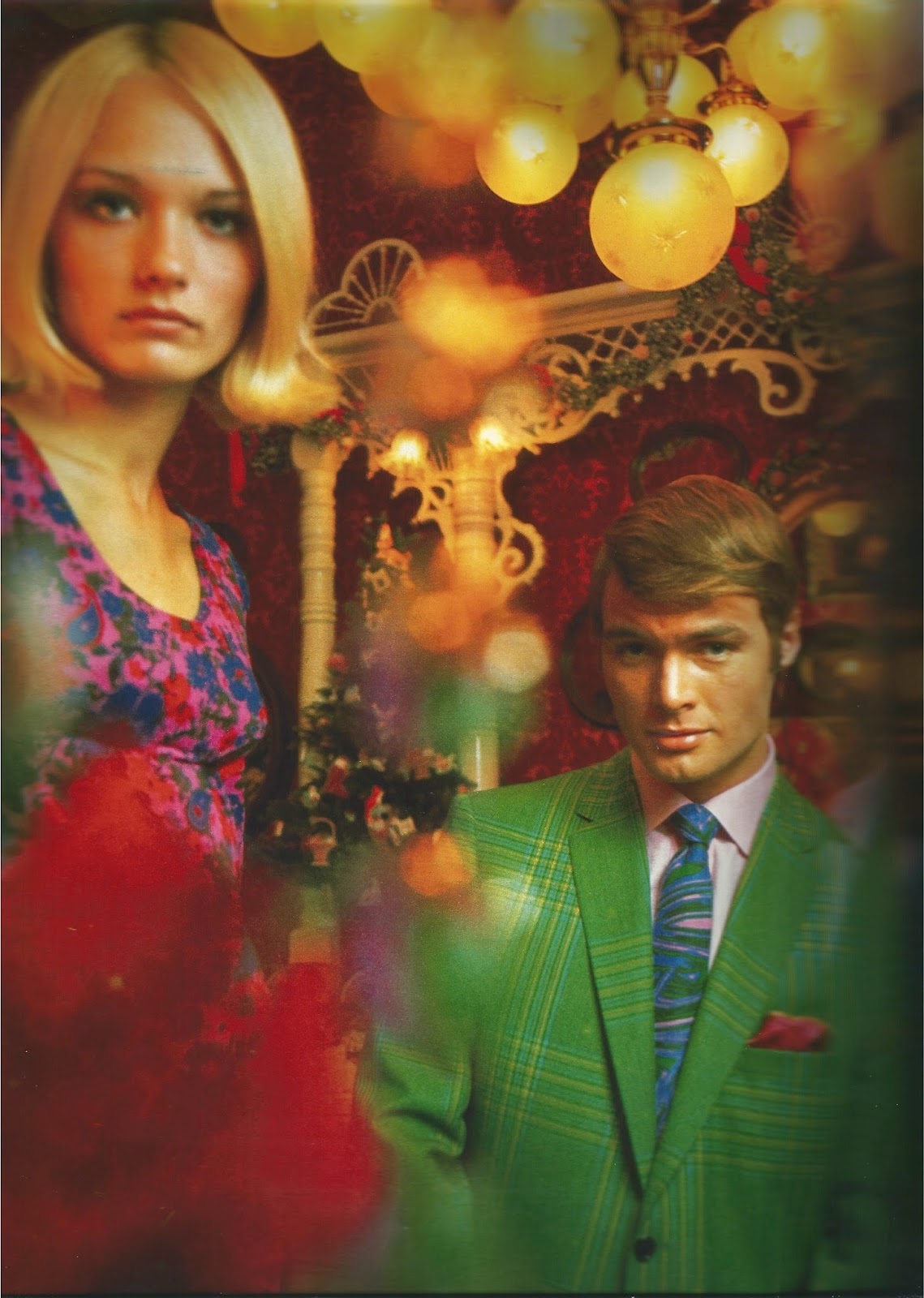 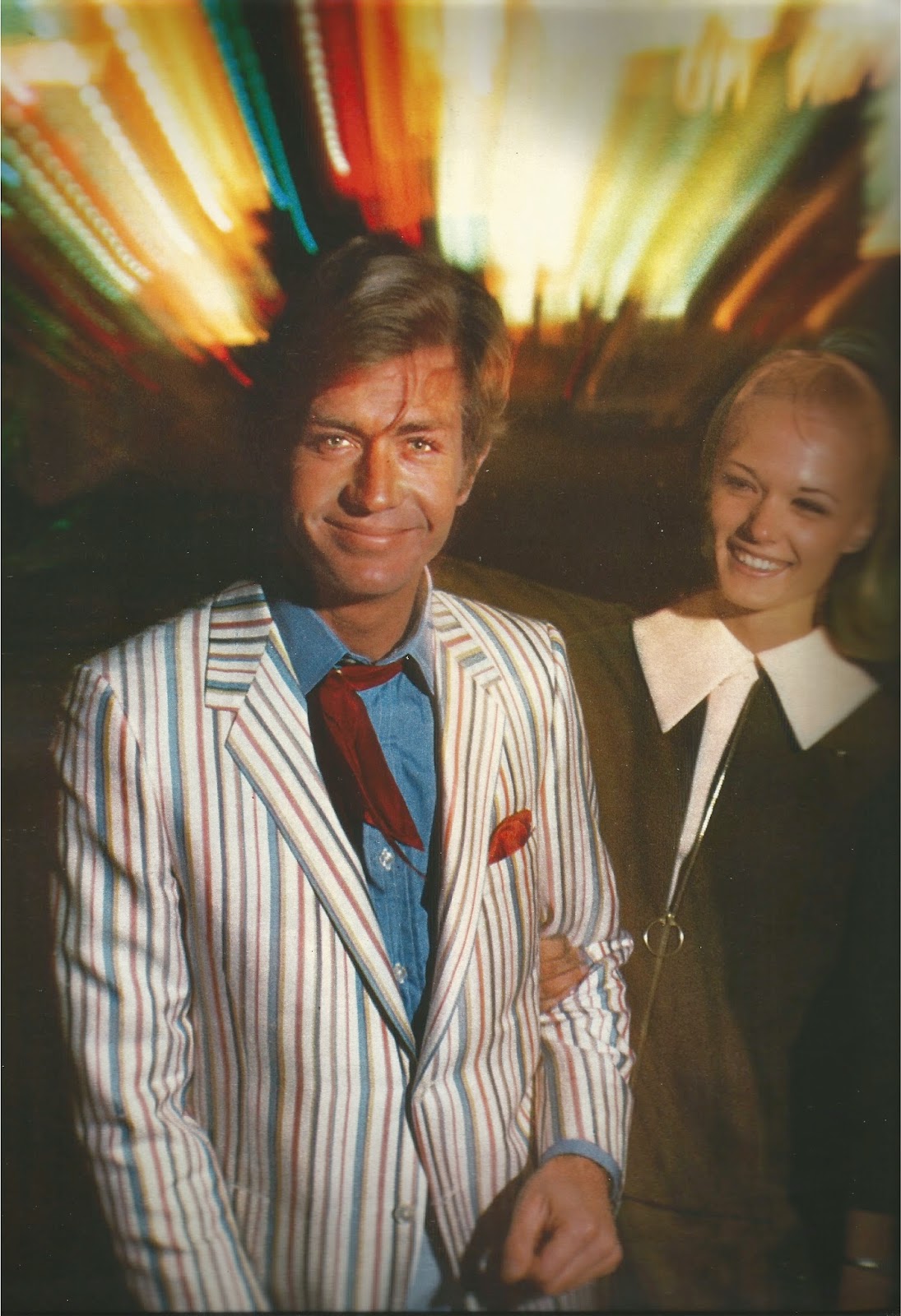 on state street and randolph in the loop, a two-button textured silk sport jacket by hart, schaffner and marx. shirt by ramey-tyson, apache scarf by dumont. 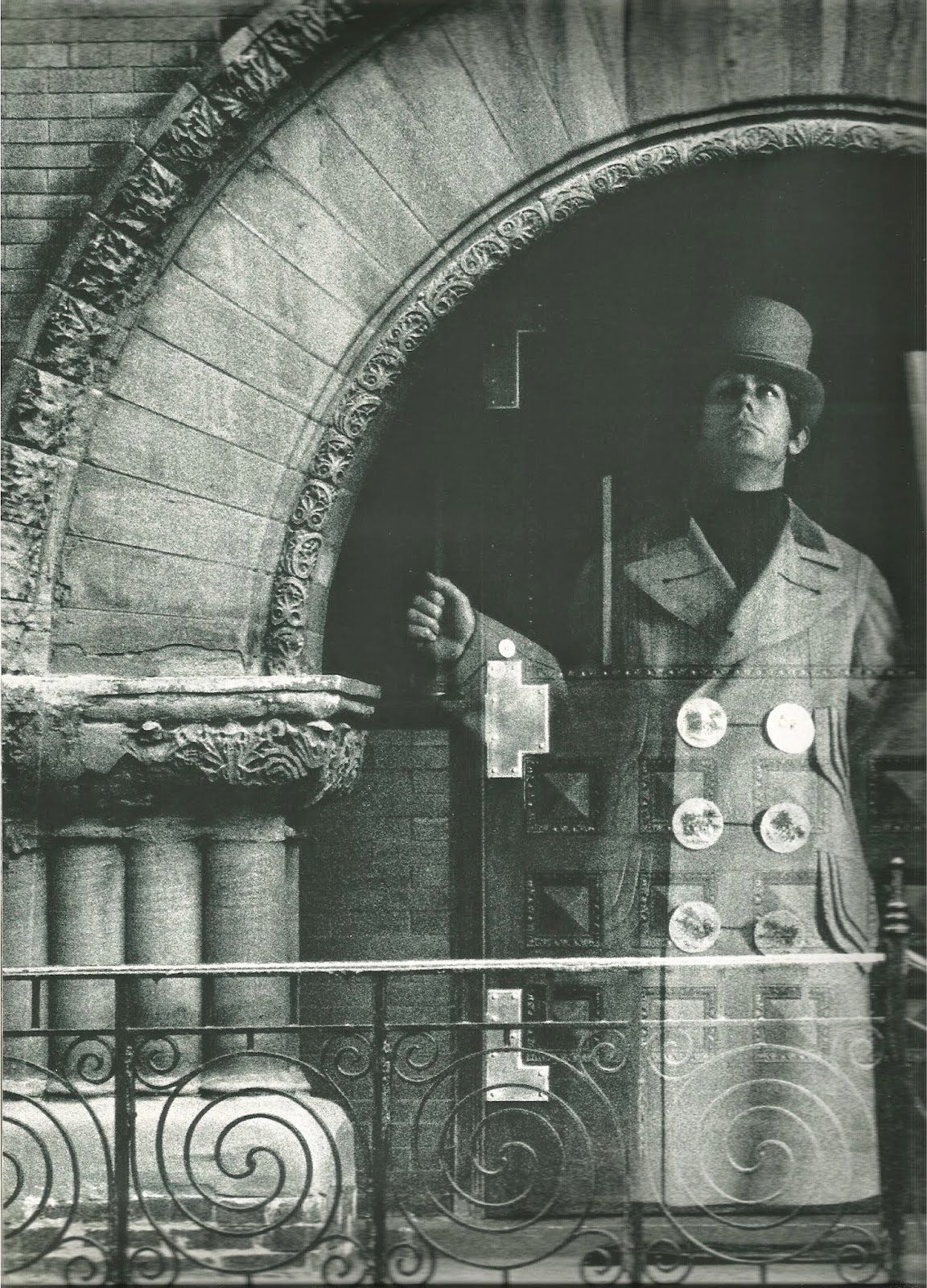 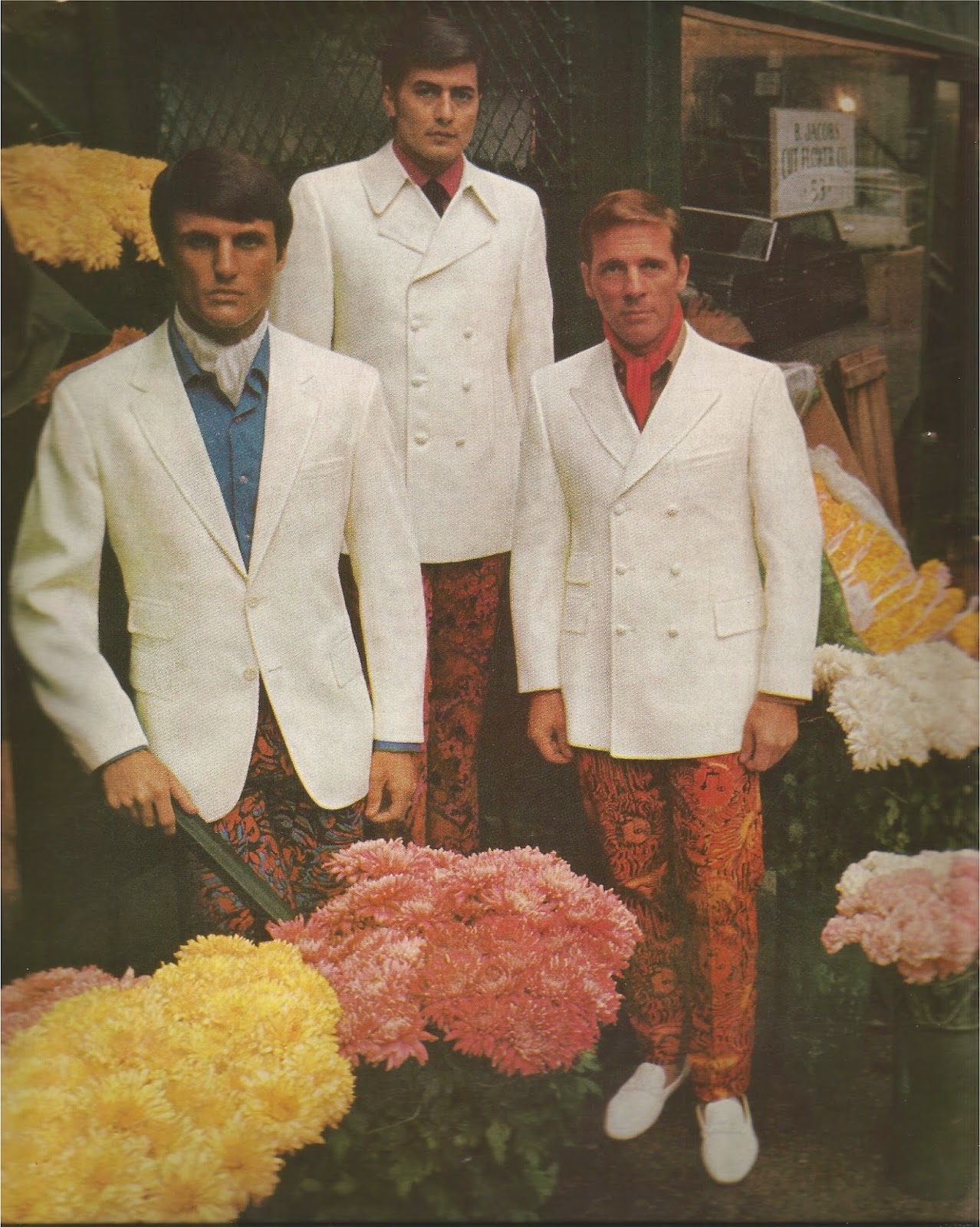 Posted by devodotcom-devocanada-femaleandfatal-vintimage at 12:08 PM