THIS IS THE SIXTIES 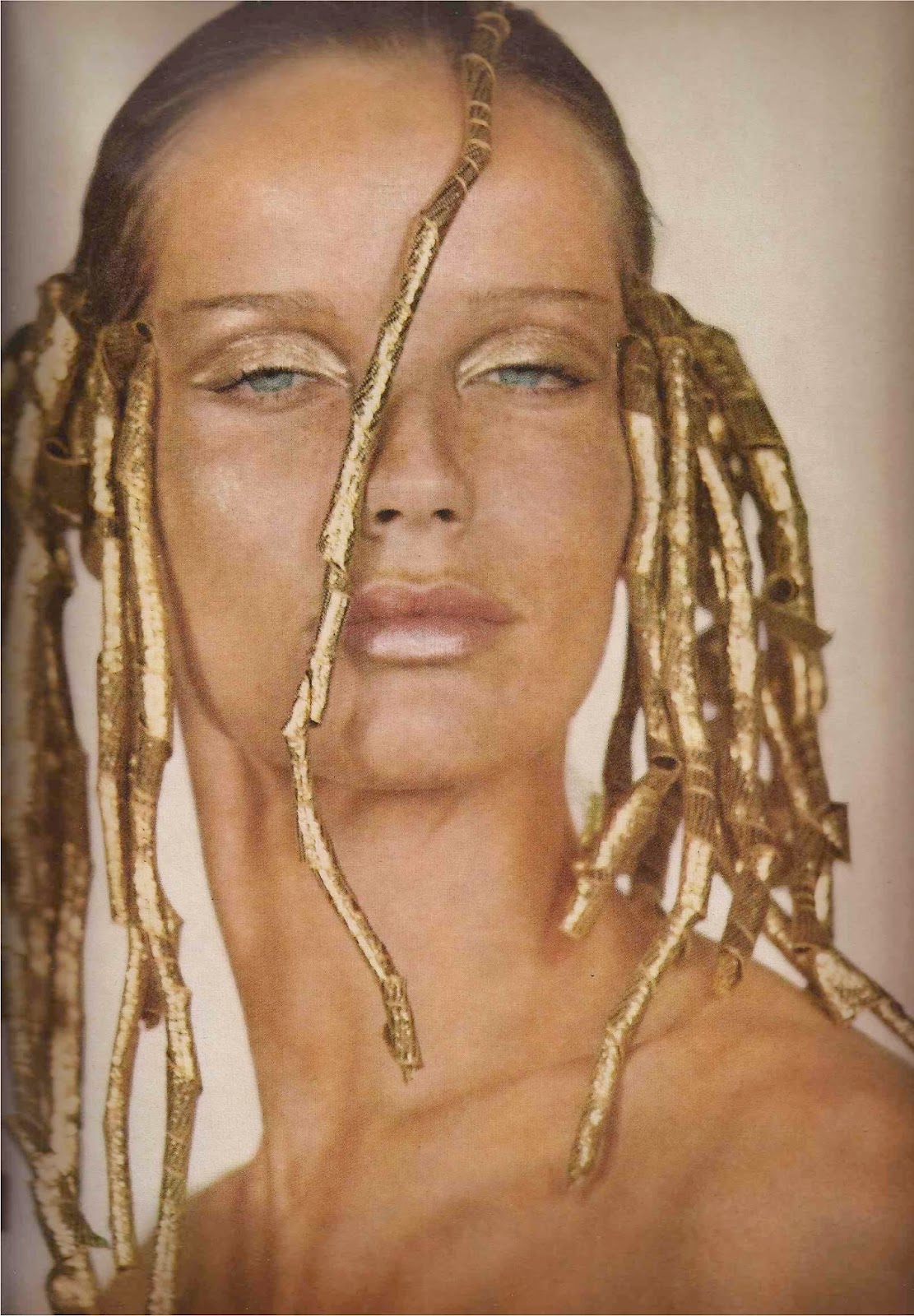 There are Cover Girls ... and then there are Cover Girls. The sixties was an era when, in spite of the nascent emergence of feminism and respect for women as more than a vehicle for window dressing in the field of advertising, Vogue remained an integral source of interest for a great majority of North American women interested in the direction of fashion and culture.

The heroes of our desire to seek direction in all things fashionable were, more than the designers themselves, the iconic models of the sixties.

Veruschka von Lehndorff was one of the premiere models of that era. Rumoured to have had three inches removed from her over six-feet height, Veruschka graced the pages of Vogue for more than a decade in some of the most iconic fashion photographs of the time. 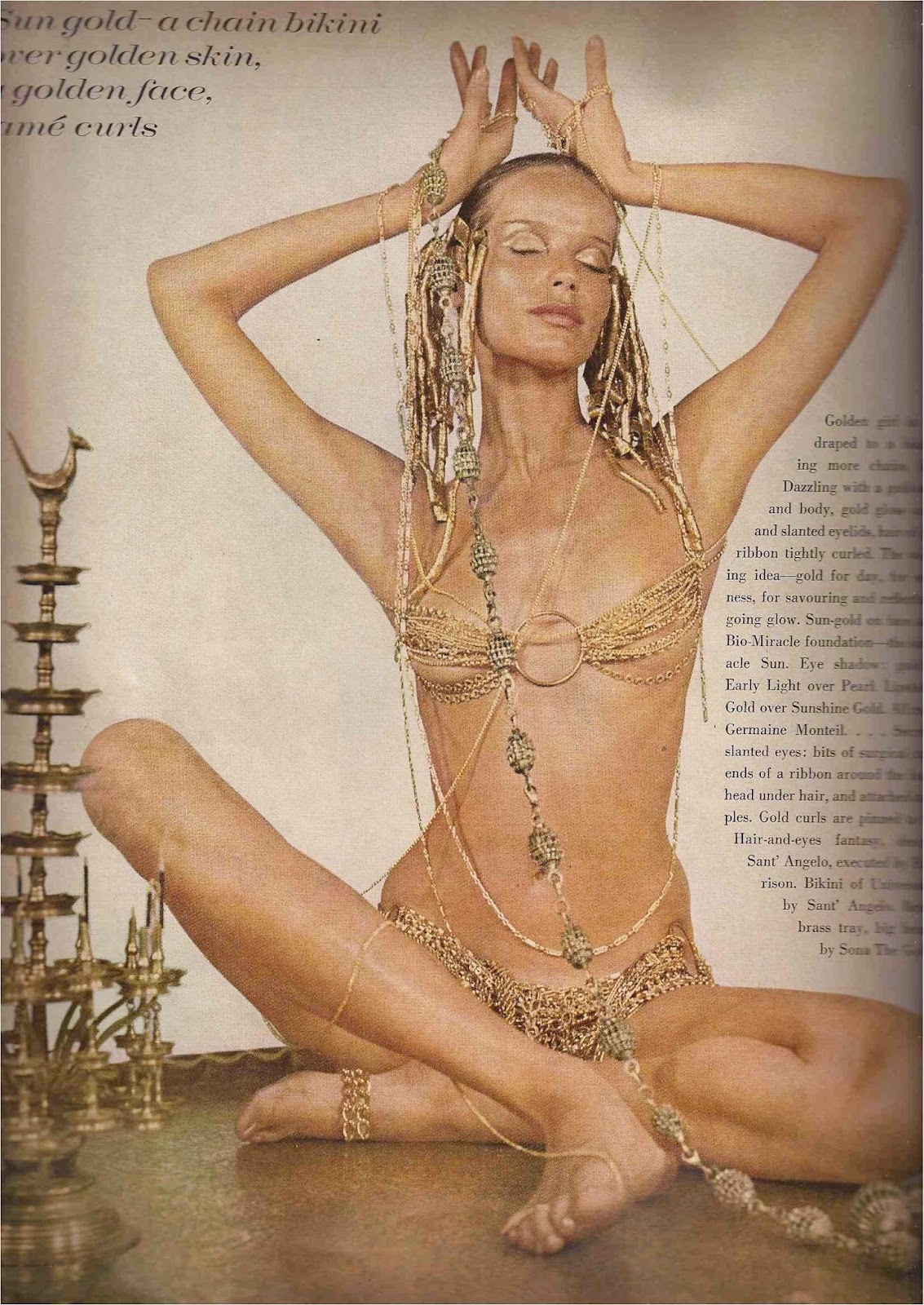 Golden girl in chains, draped to a bikini, trailing more chains like veils. Hair and eyes designed by Sant'Angelo, executed by Hugh Harrison. Bikini of Universal chains by Sant'Angelo. 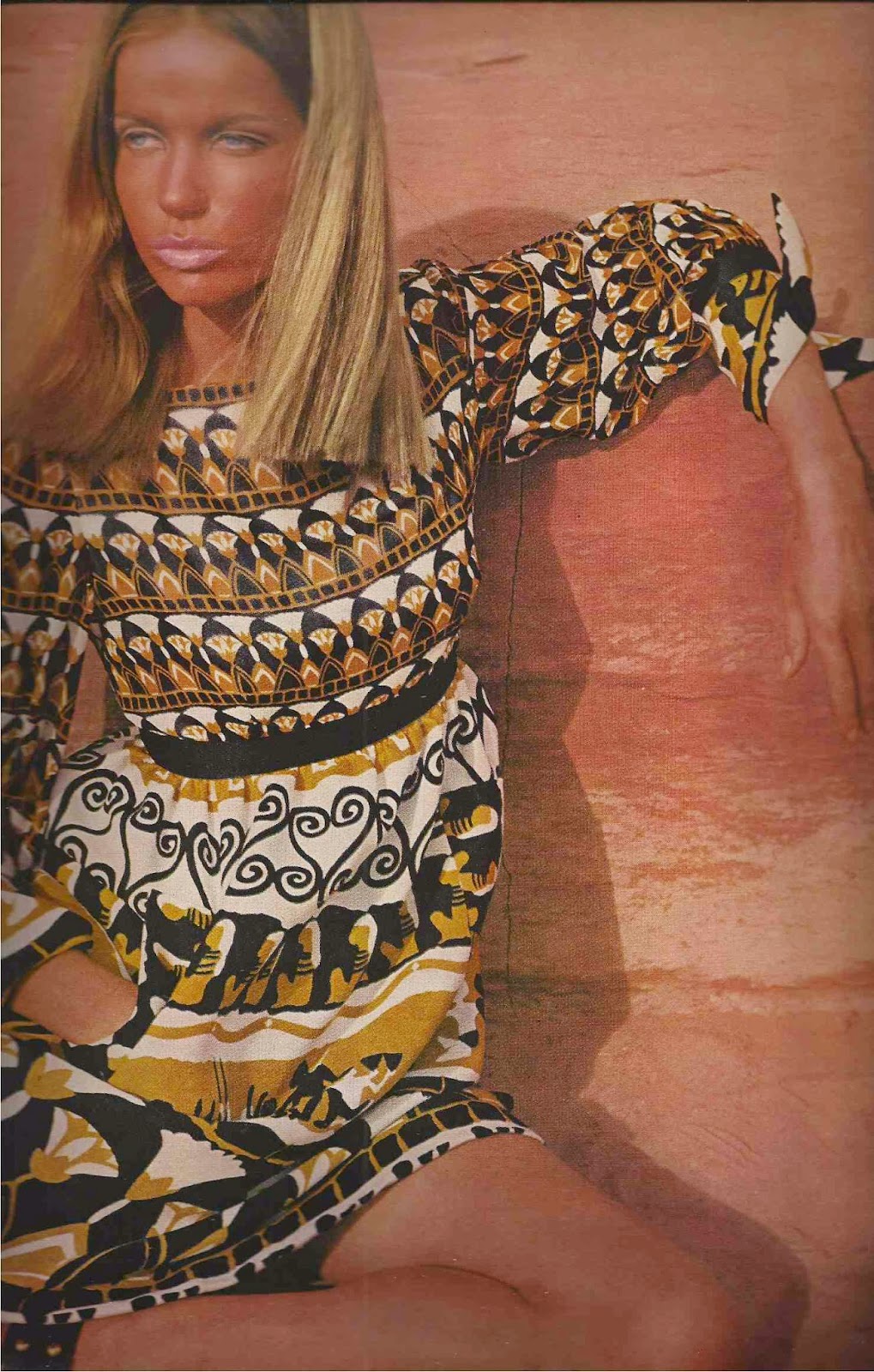 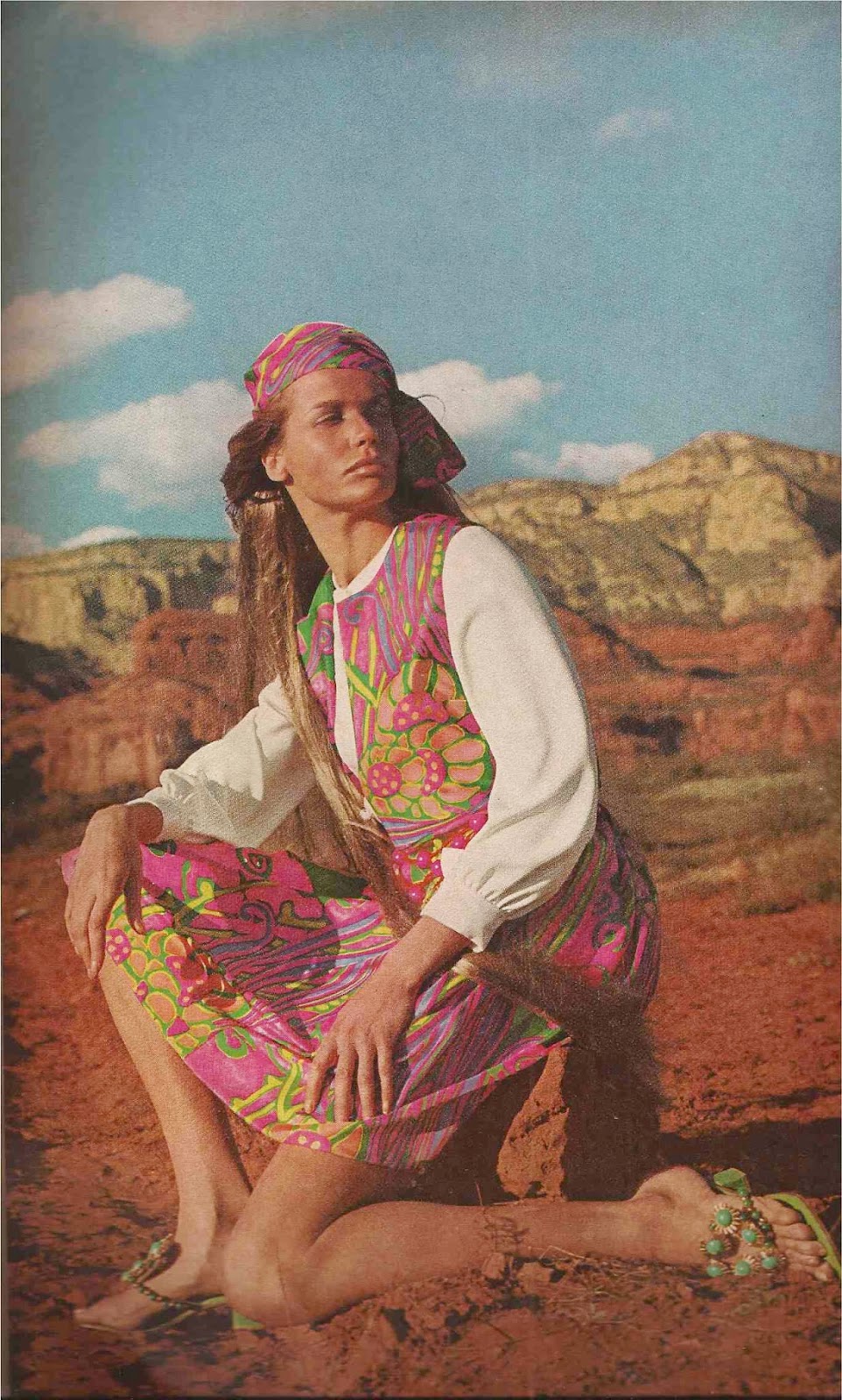 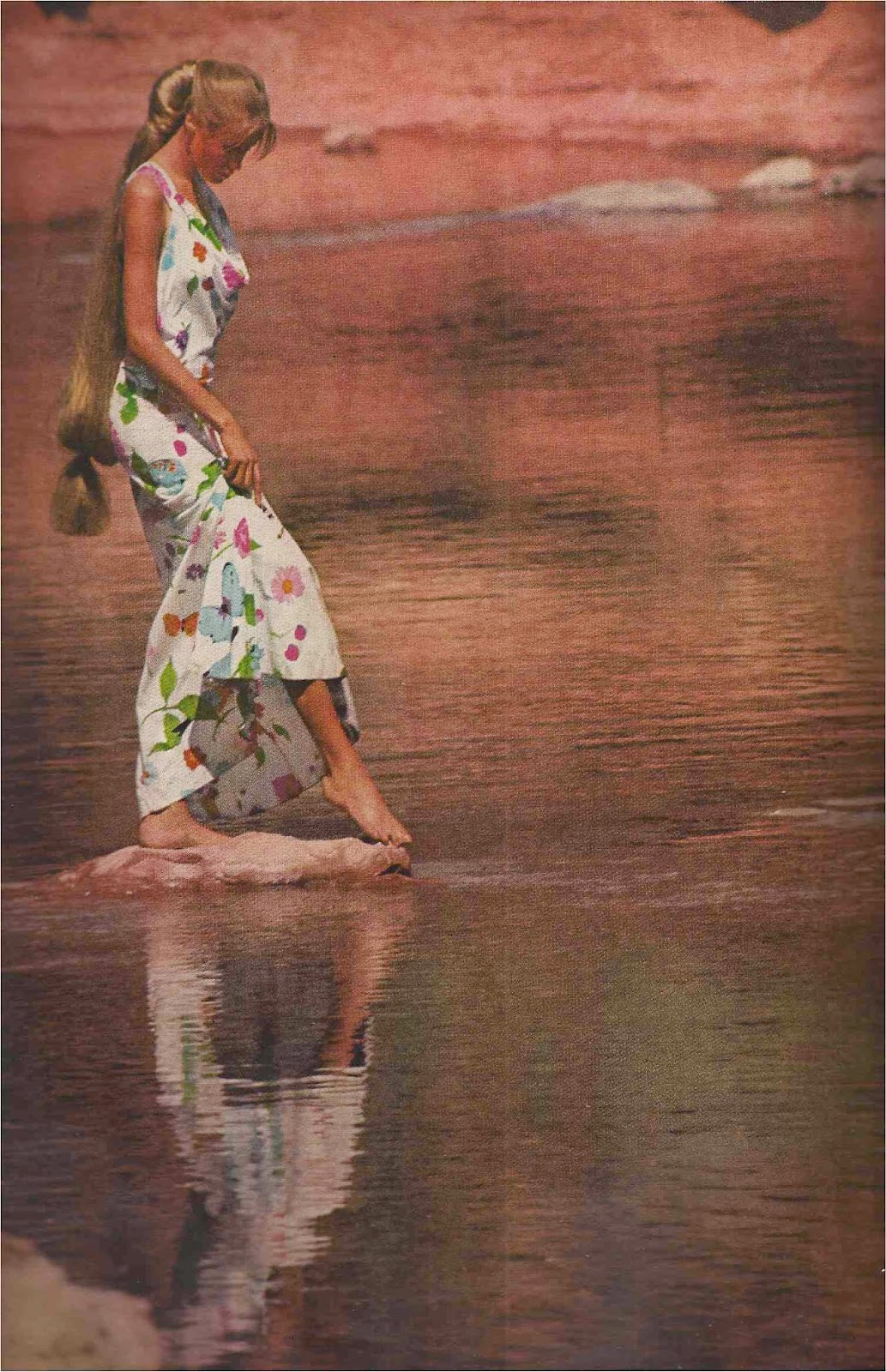 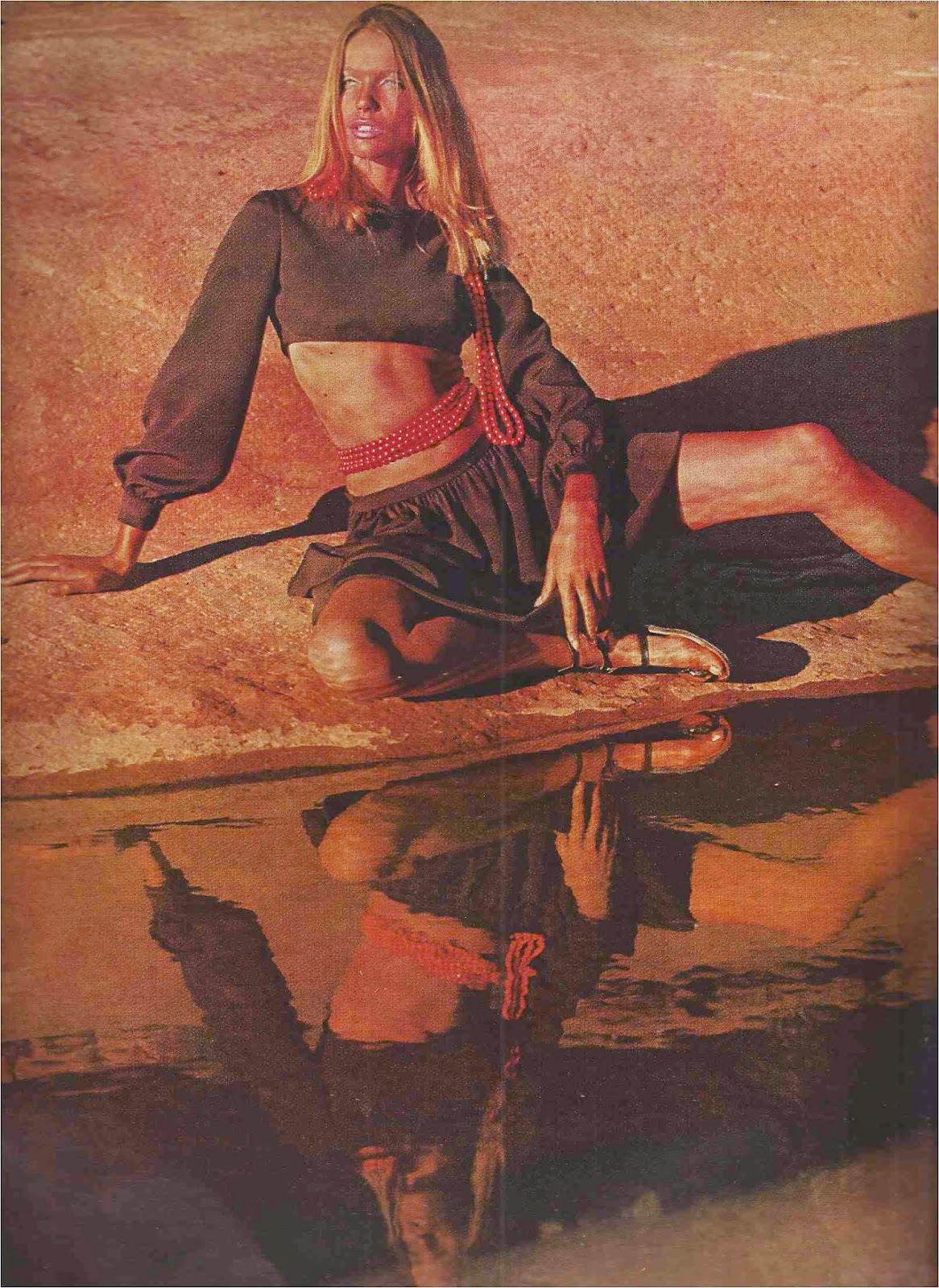 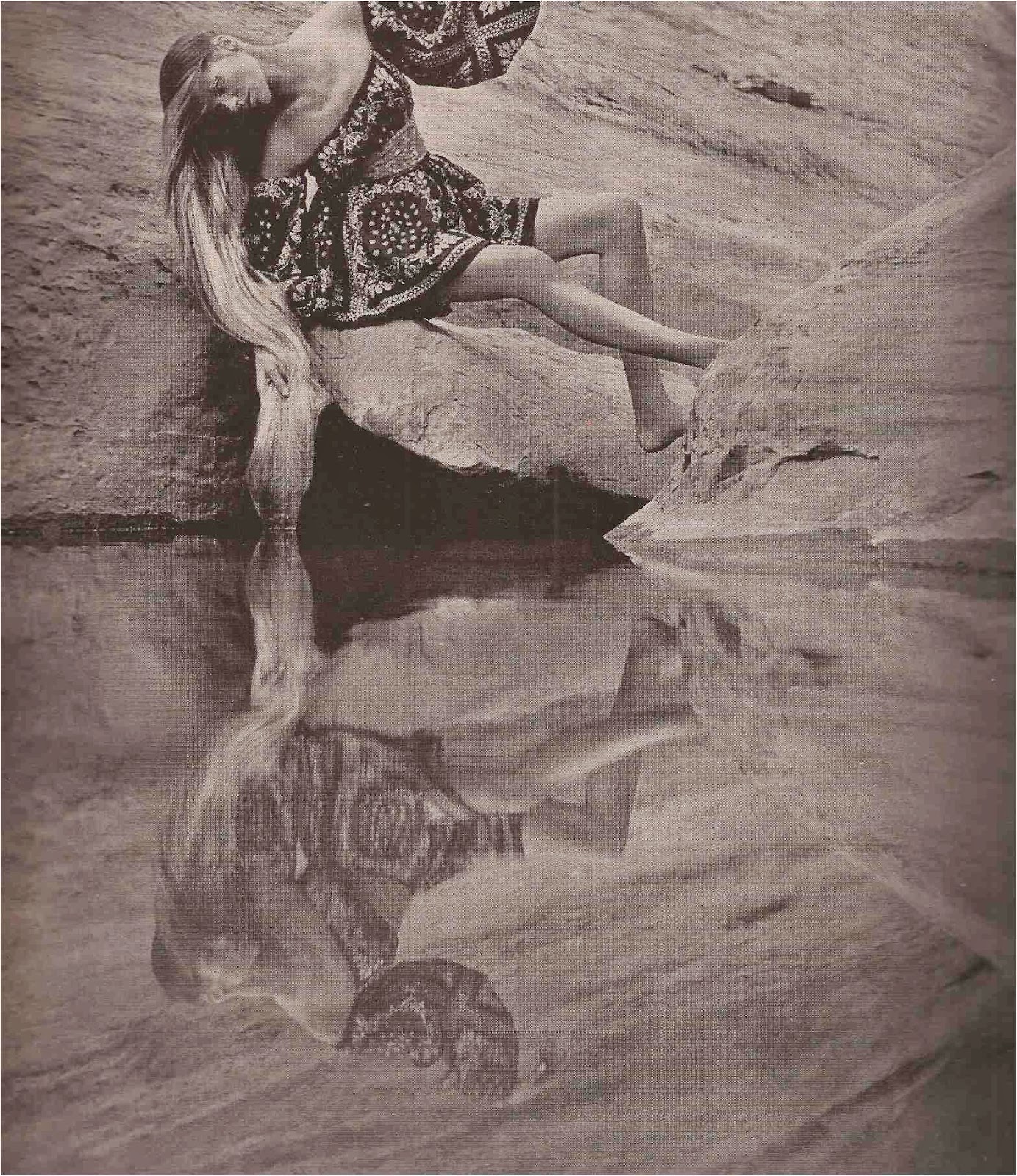 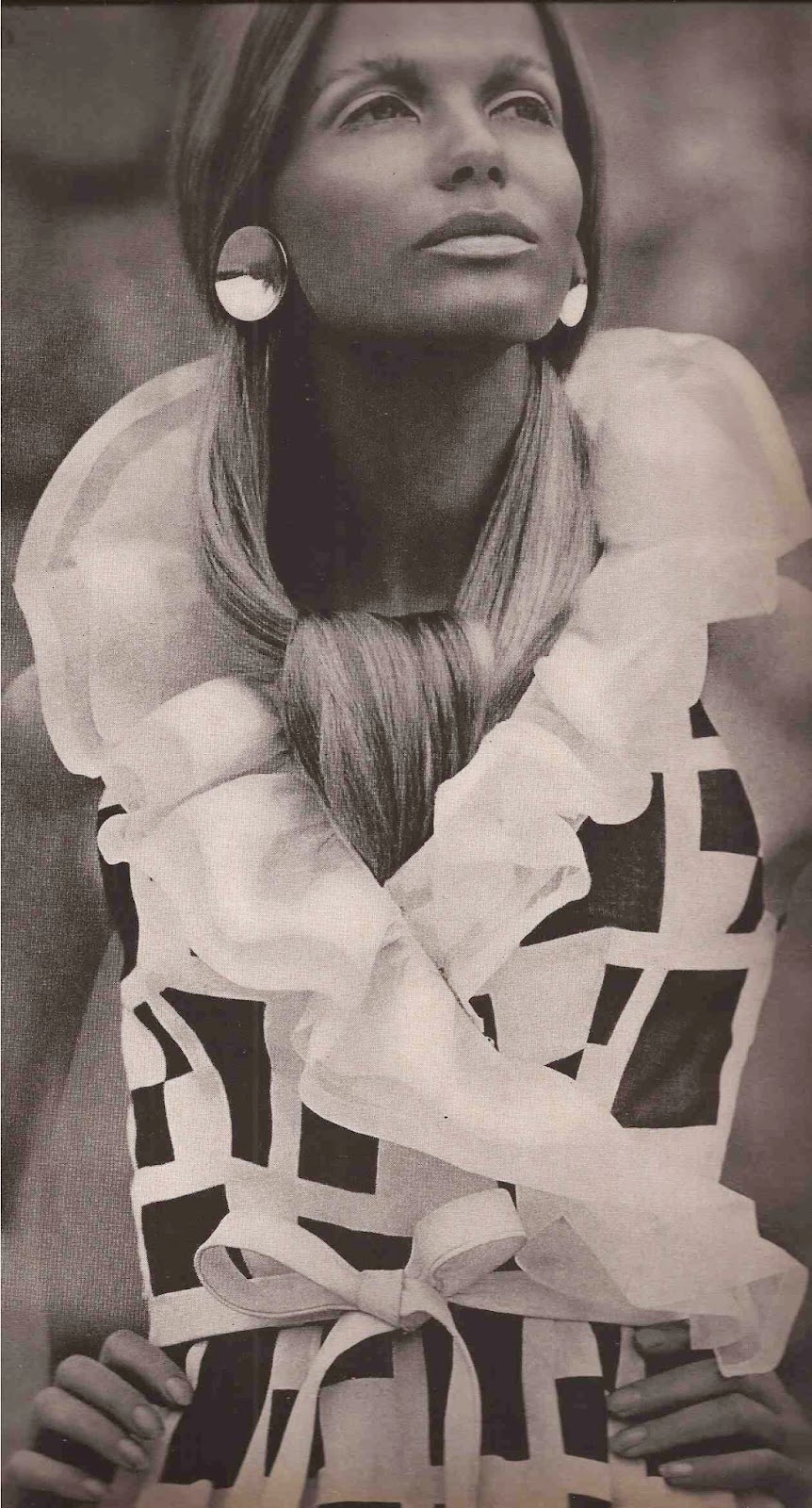 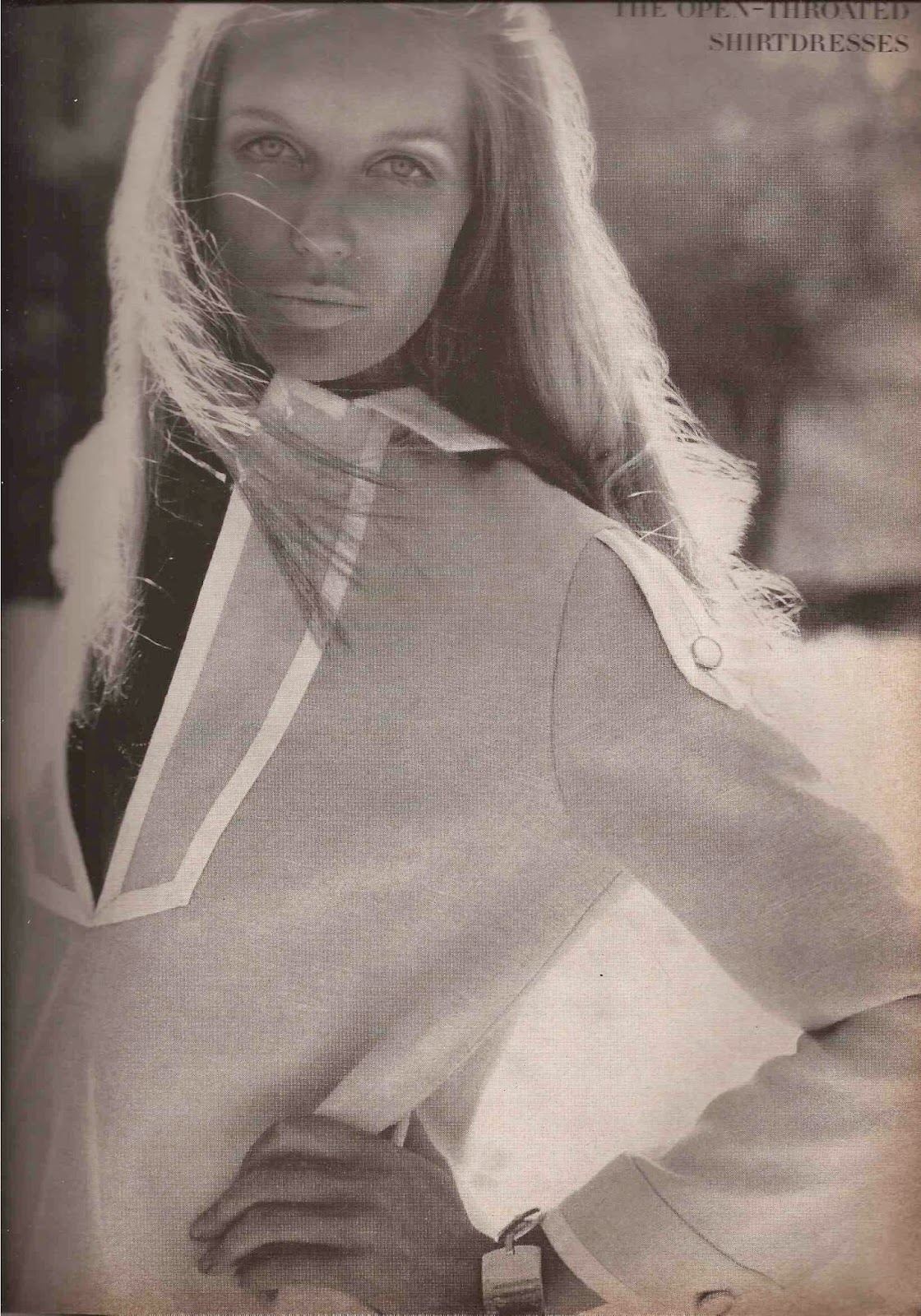 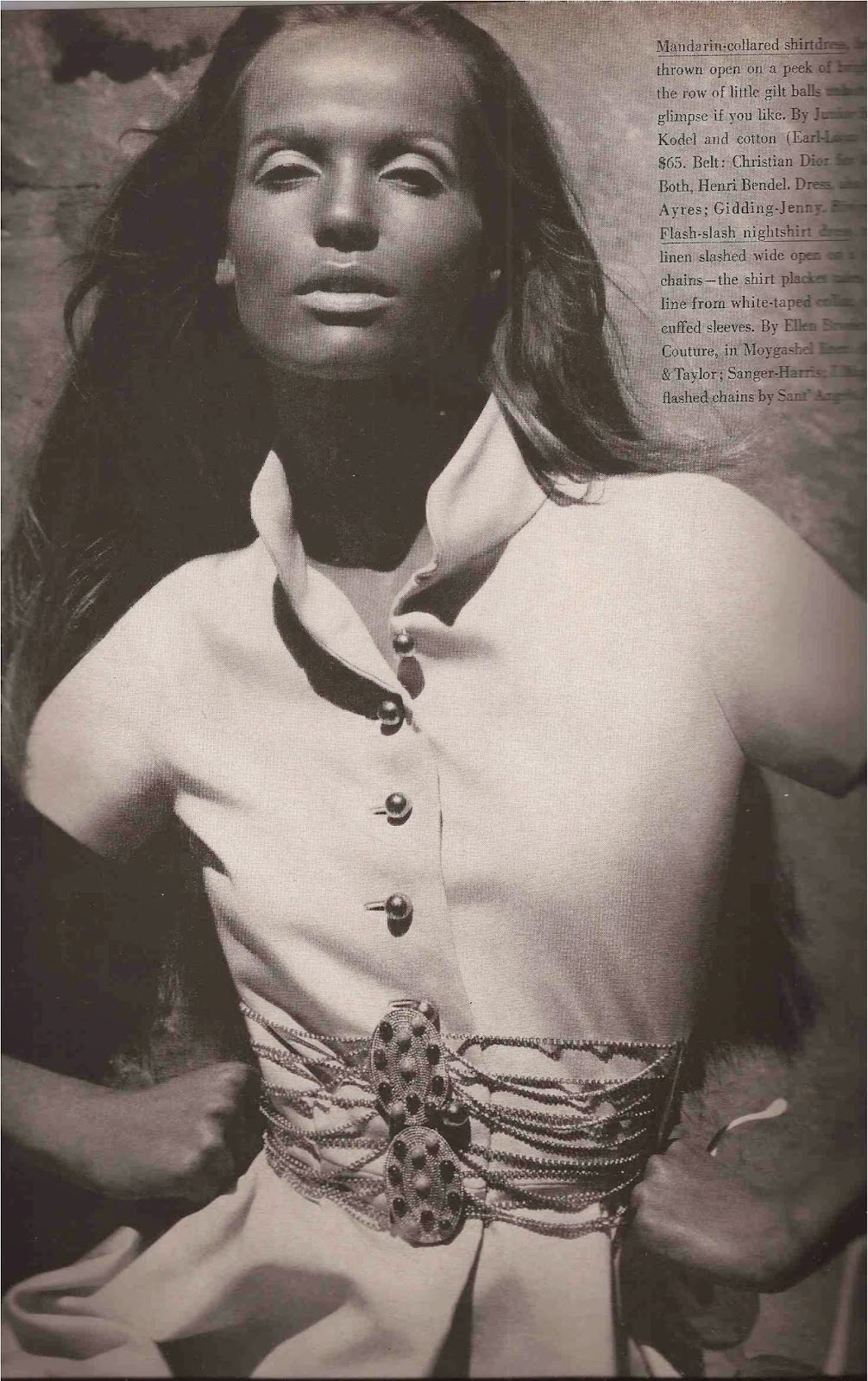 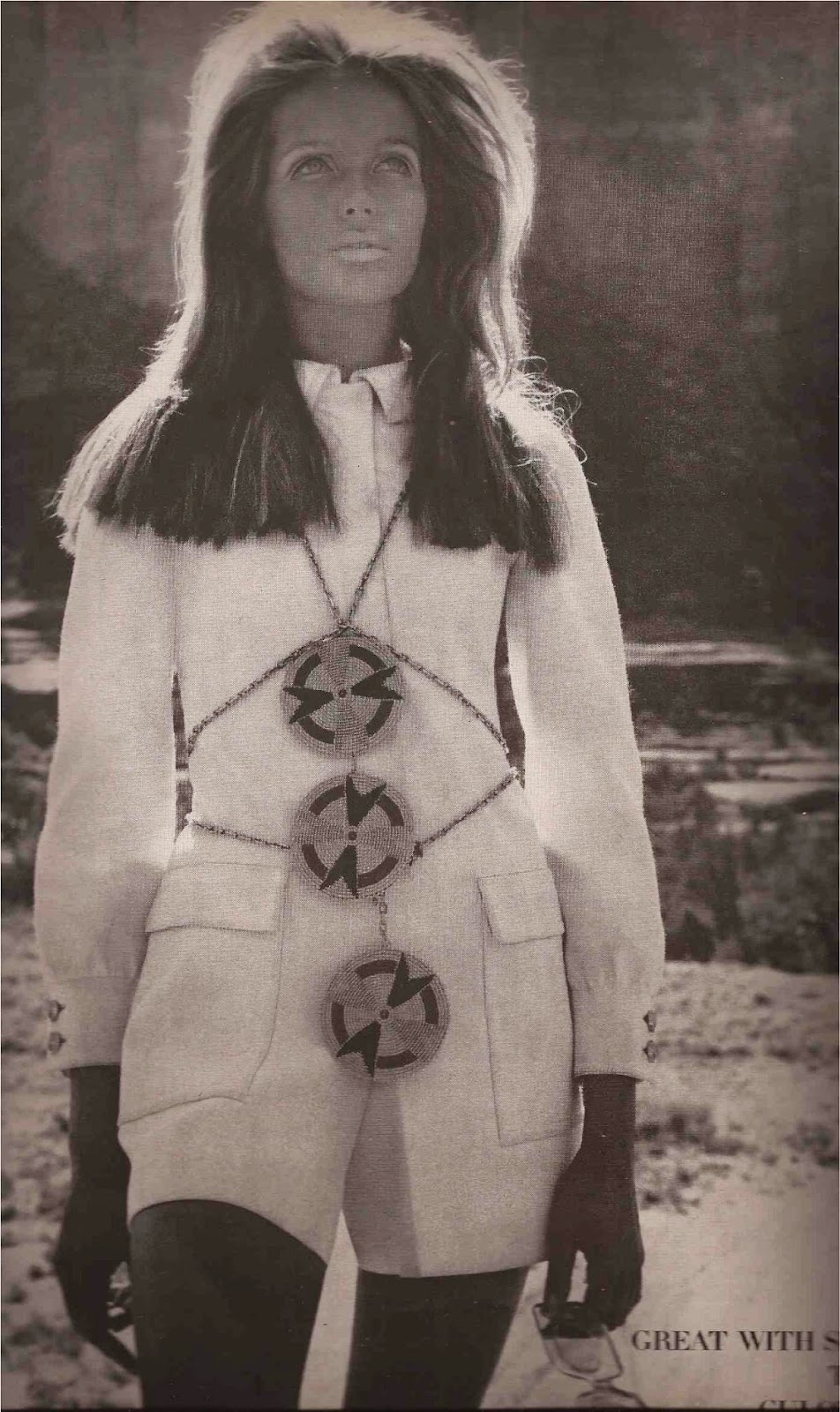 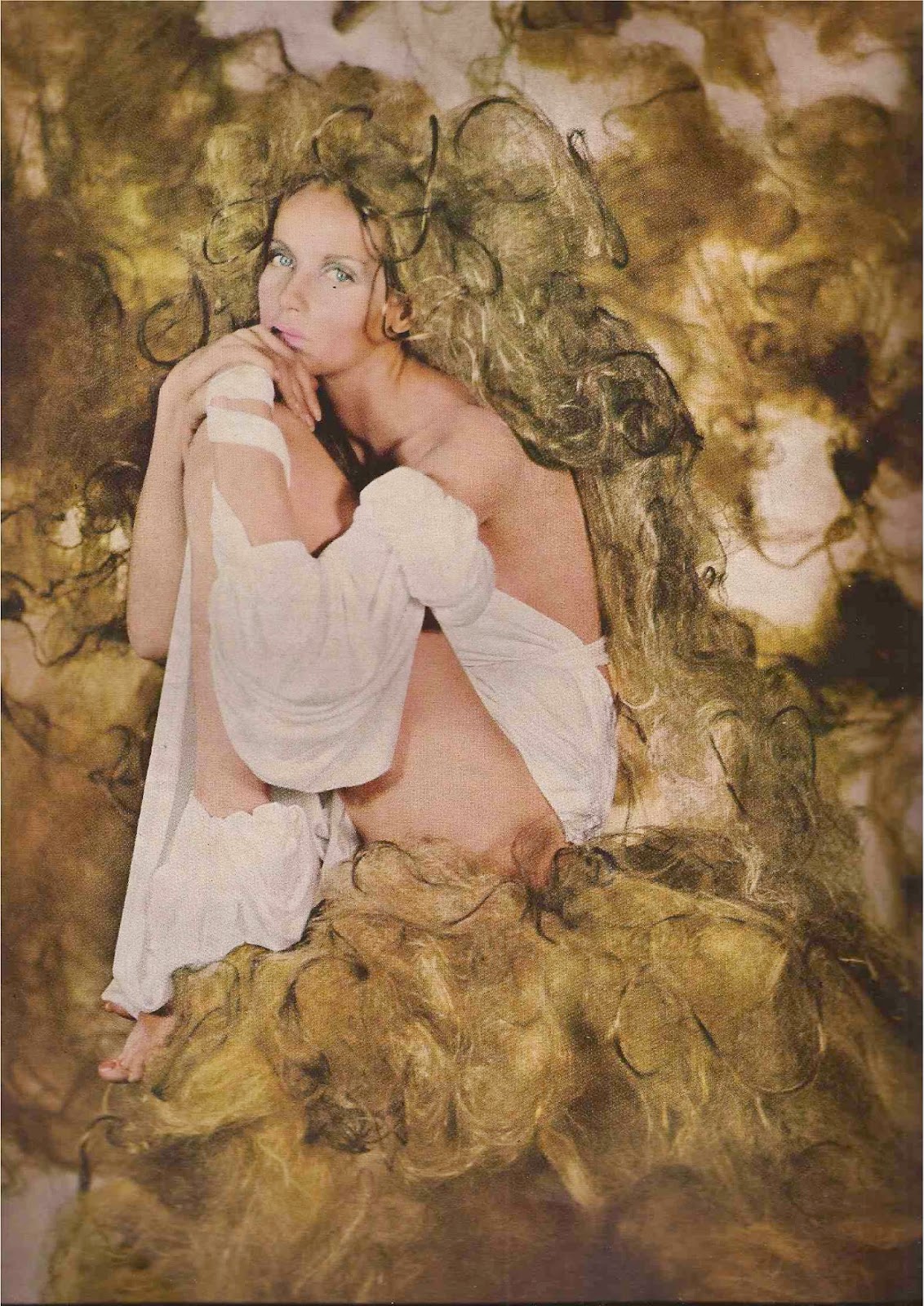 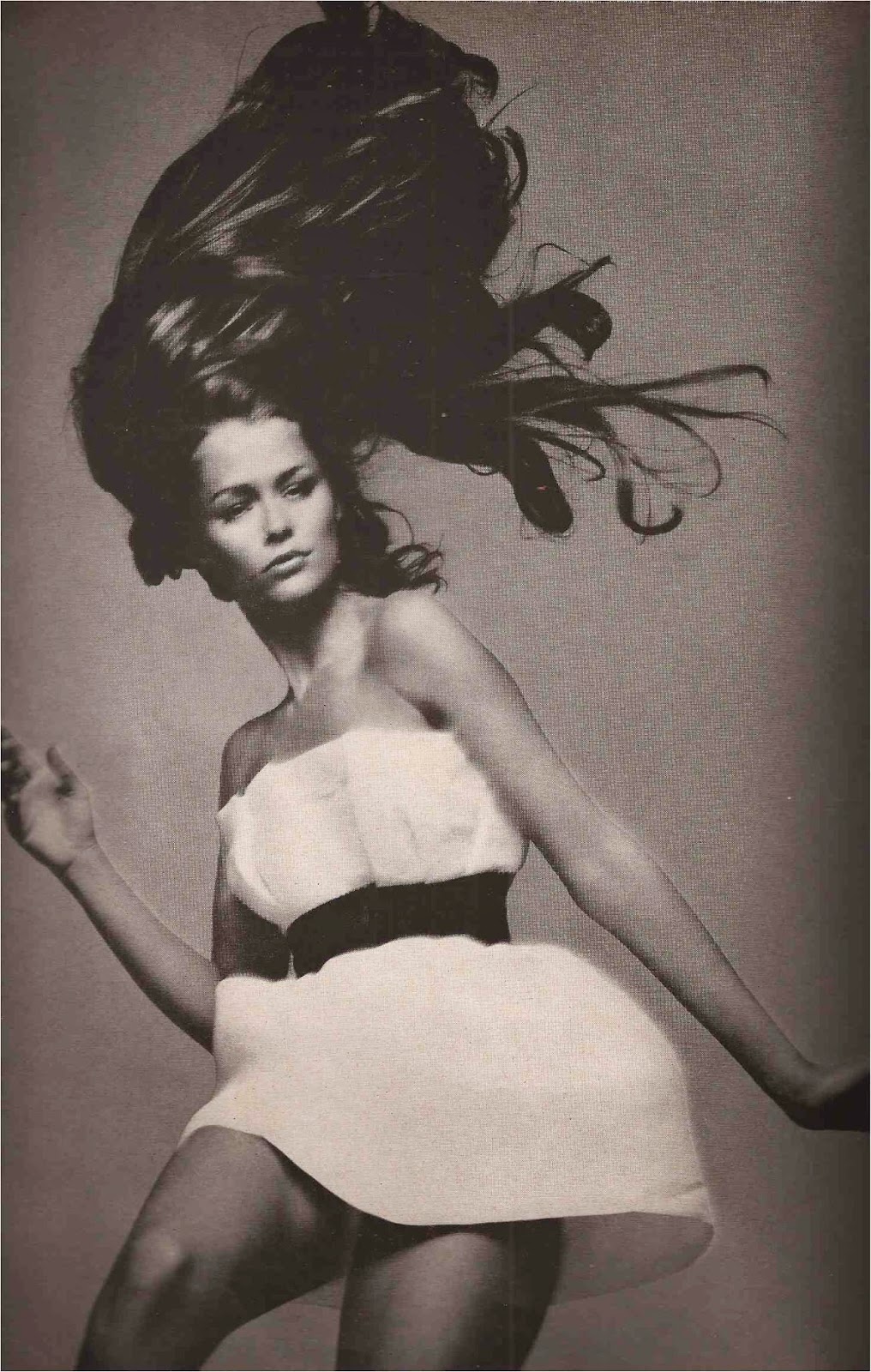 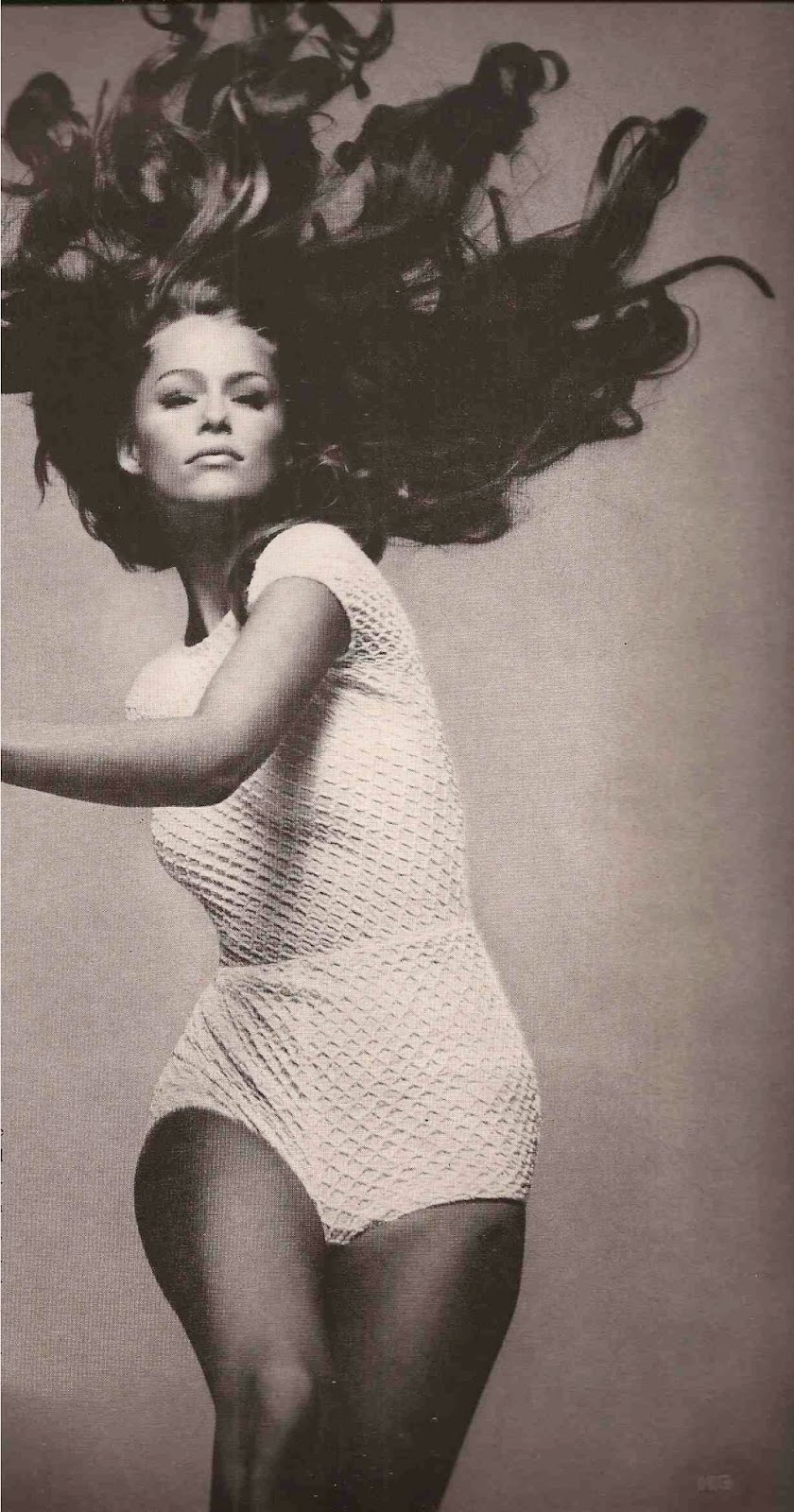 Avedon's recent touring retrospective, Richard Avedon: Photographs 1946-2004, made mention of his unique-for-the-times use of the model in action rather than the stationary statuesque positioned models in fashion pictorials of precious decades. The result of his new action fashion photographs offered a view of not only how the fashion looked on the body, but also how it functioned in action. 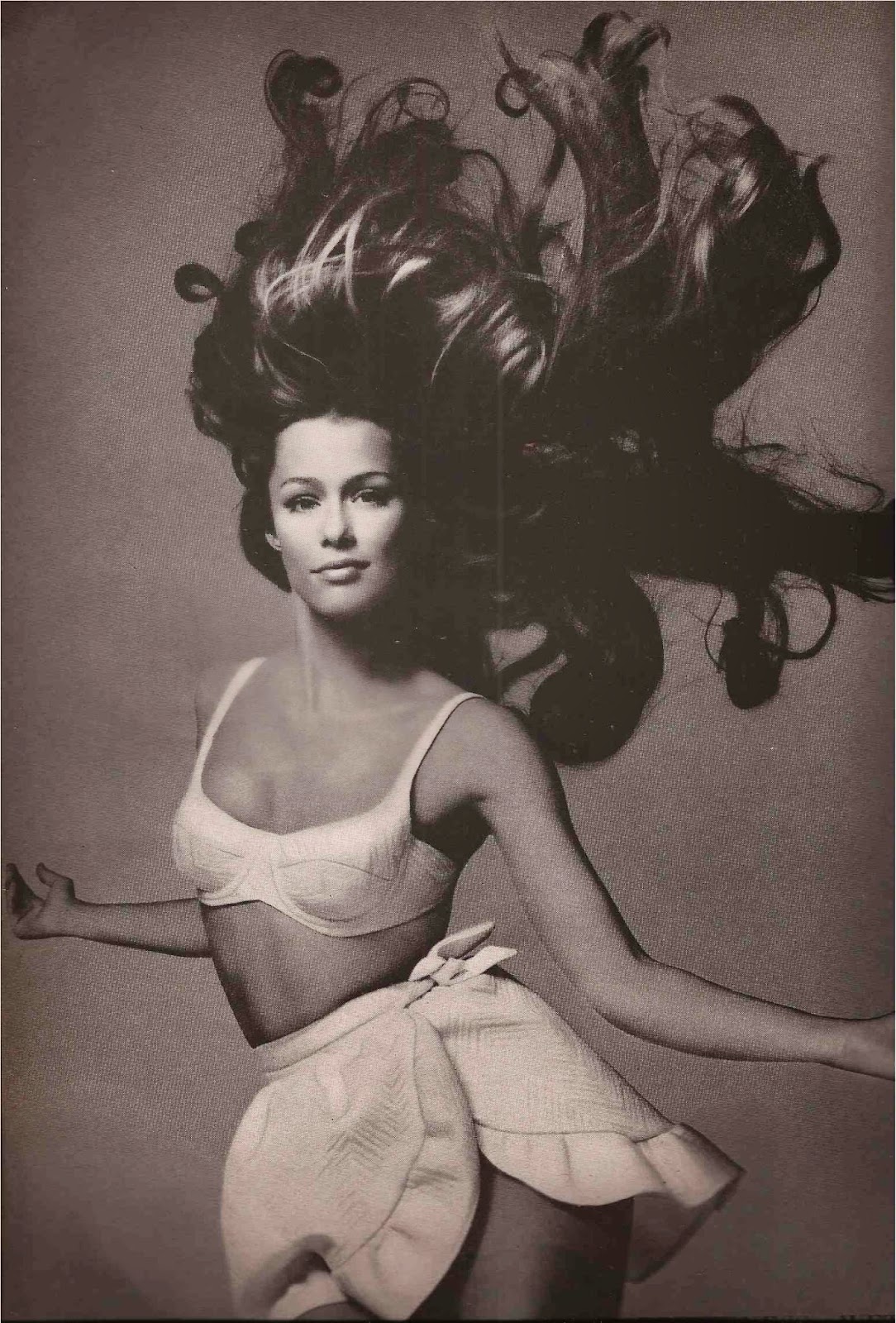 Flirty little skirt, flared and flounced at the hem, tied at the waist over the tiny pants of a bikini with a pretty curve of bra. All in cotton matelasse by Monika for Elon. 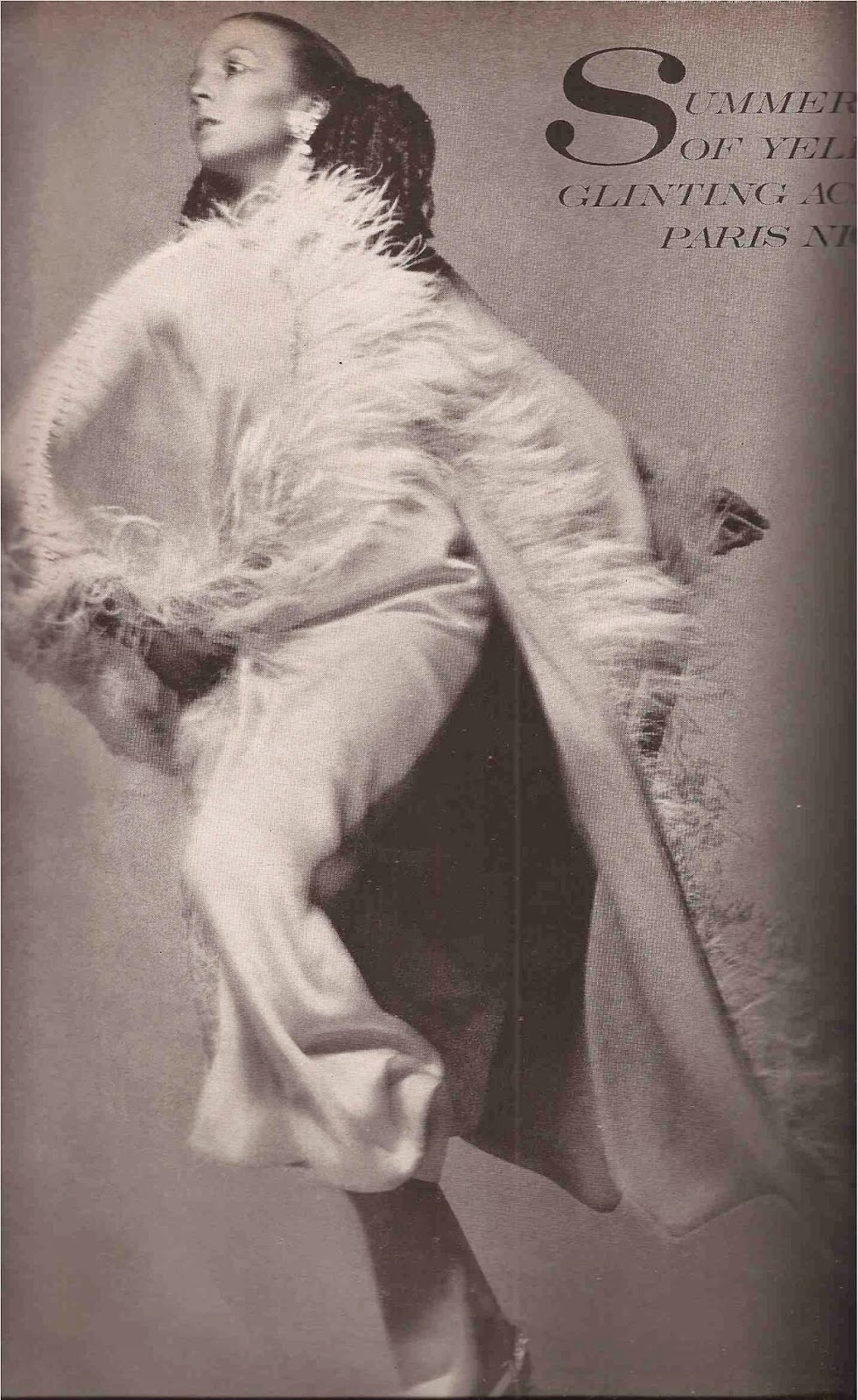 Penelope Tree in a daffodil crepe caftan winged by white ostrich feathers over a column of white crepe. Diamante bands at the arms and at the edge where ostrich and crepe meet. Dress and cape by Dior. 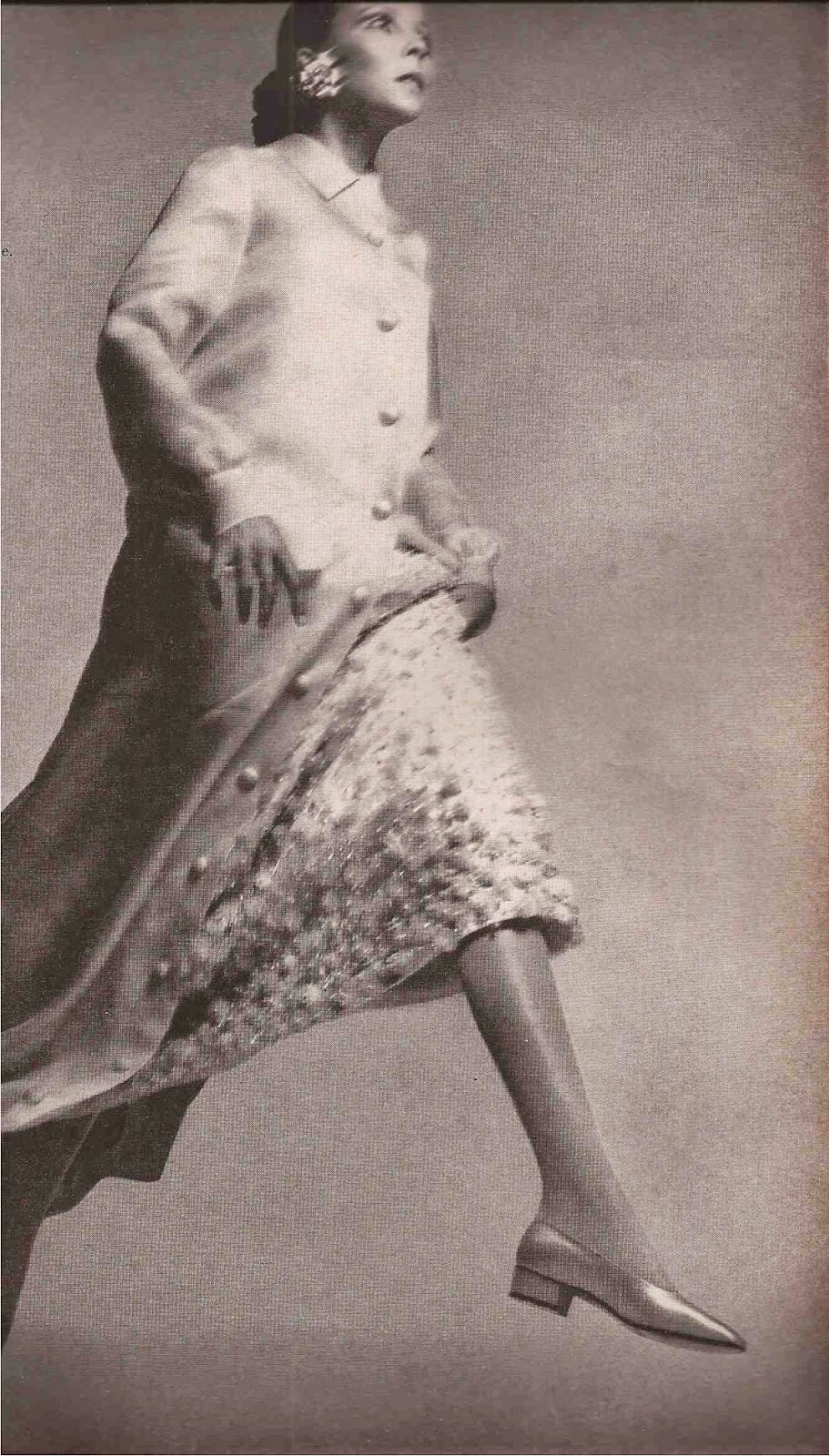 Golden organza duster shirt-sleevd and buttoned to the ankle concealing a strapless dress smothered in pink and yellow confectionery blossoms and a sprinkling of dew. Dress and duster by Patou. Roger Vivier slippers. 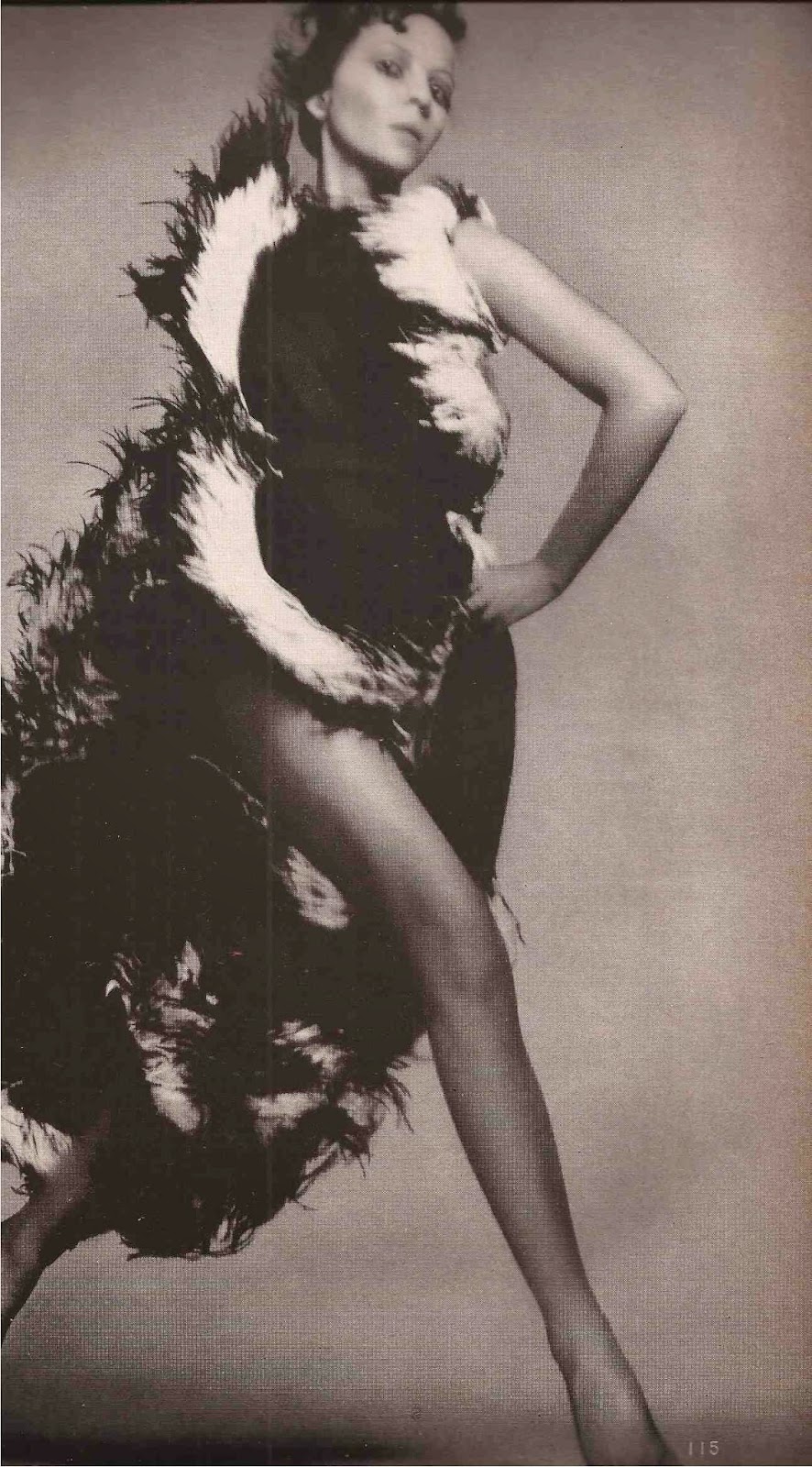 Black and white ostrich plumaging down the length of two front and back jersey panels held snugly at the bosom and flying out free from there. By Lanvin. 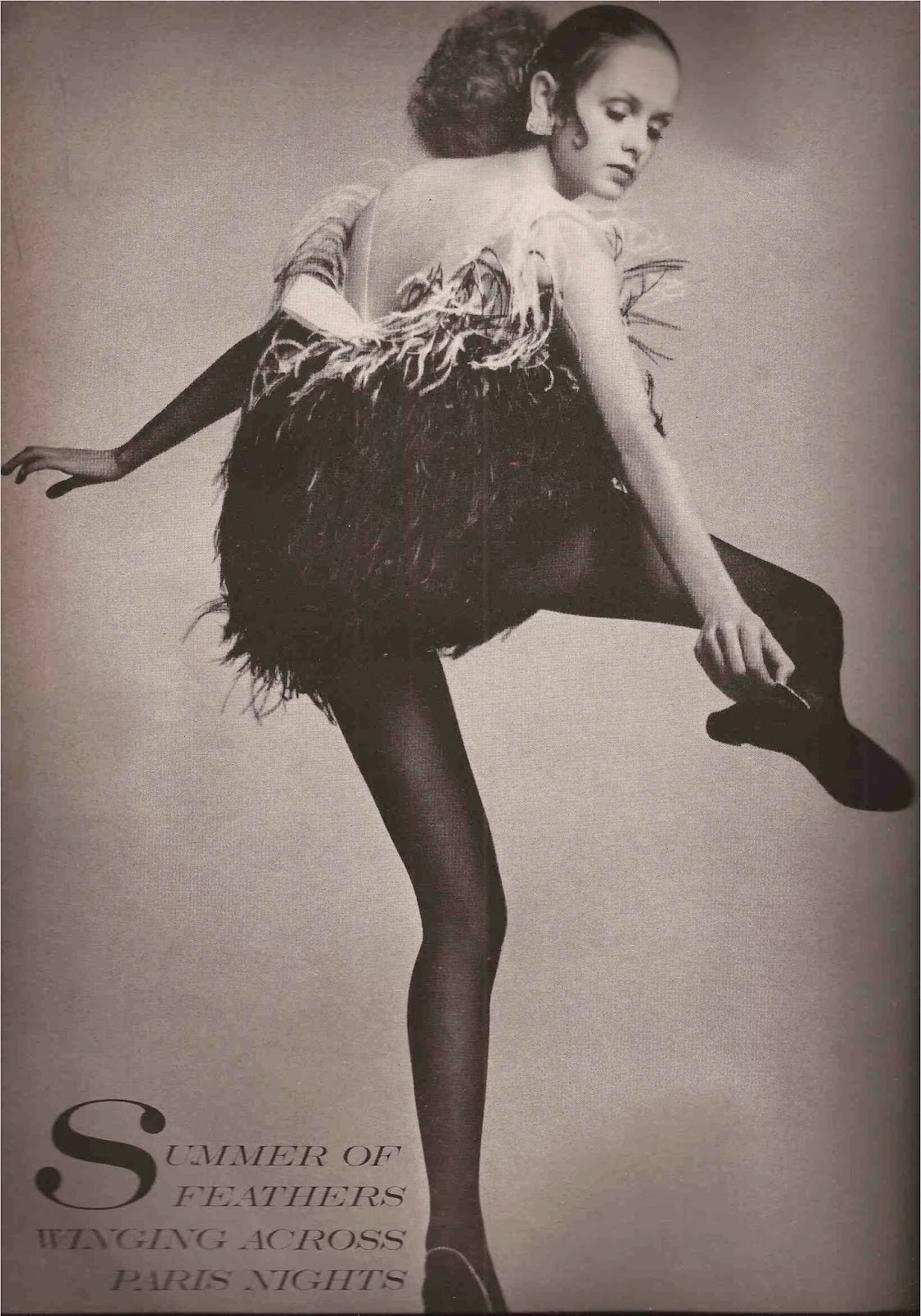 Seminal Sixties model, Twiggy, in a short and swingy dress of navy and white ostrich feathers by Lanvin. Earrings by Judith McCann. 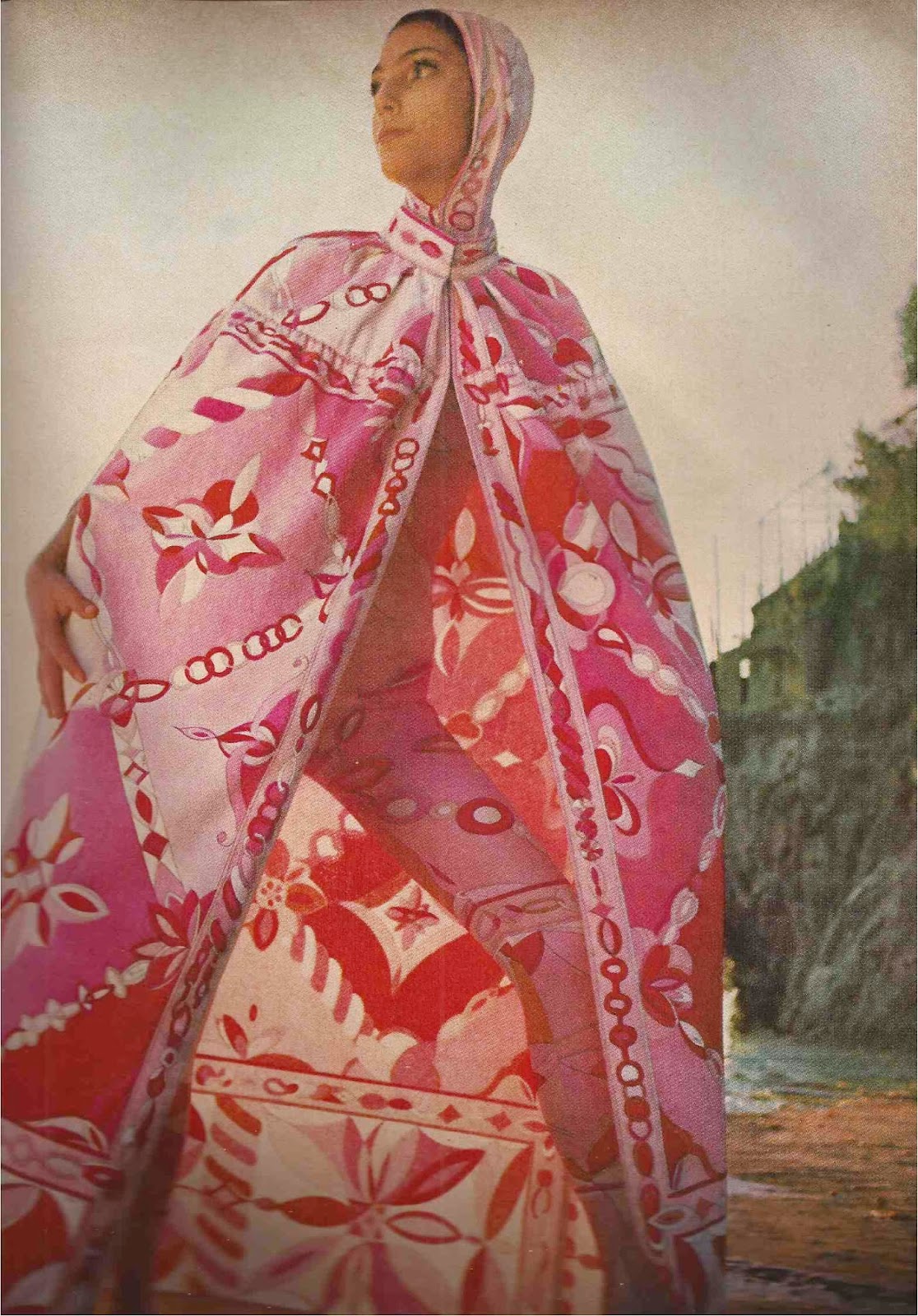 A hooded, head-to-toe leotard of silk jersey with a fling of terry cloth cape by Emilio Pucci. 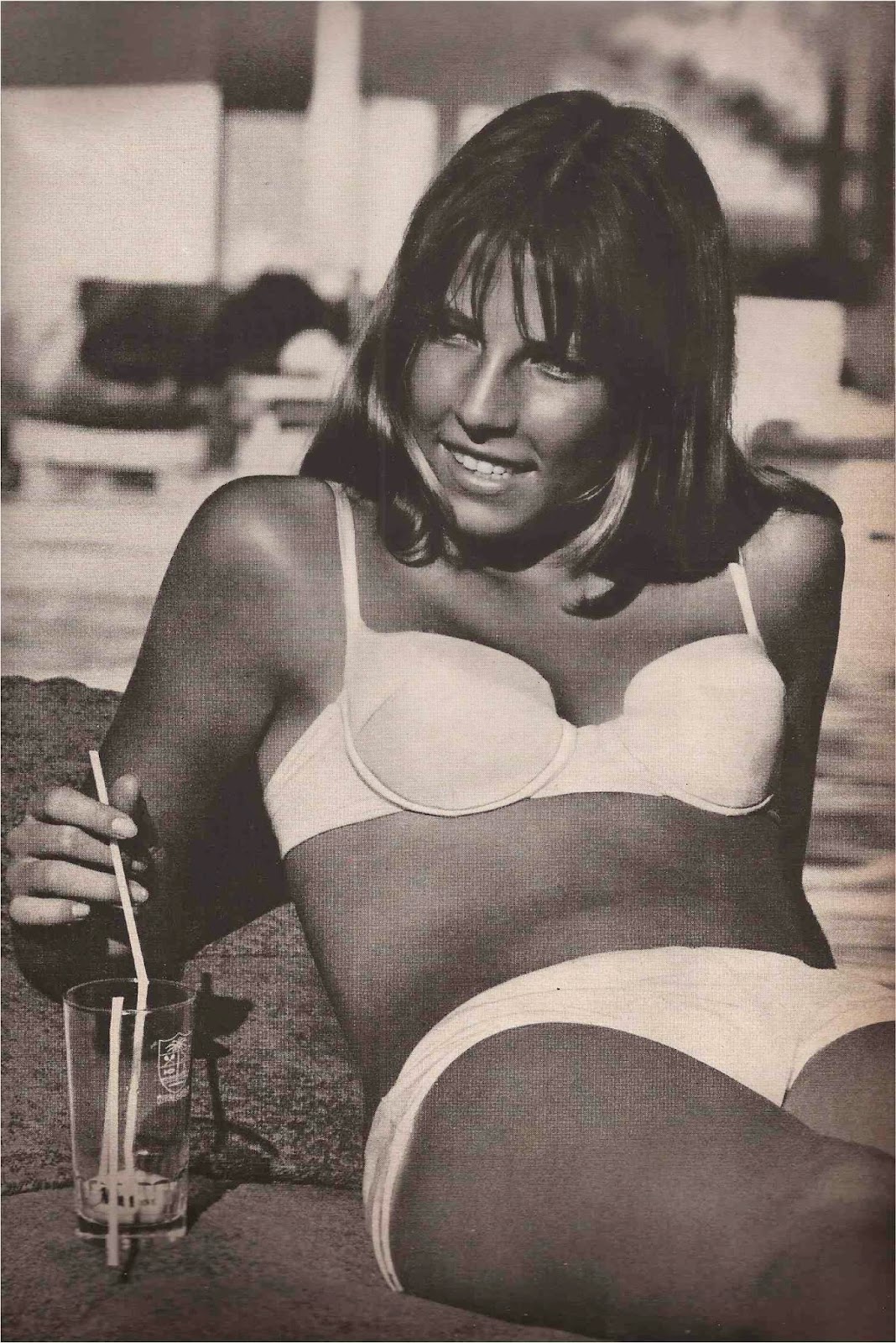 One of The Beautiful People: Doon McKinney poolside
Photographed in Nassau By Patrick Lichfield 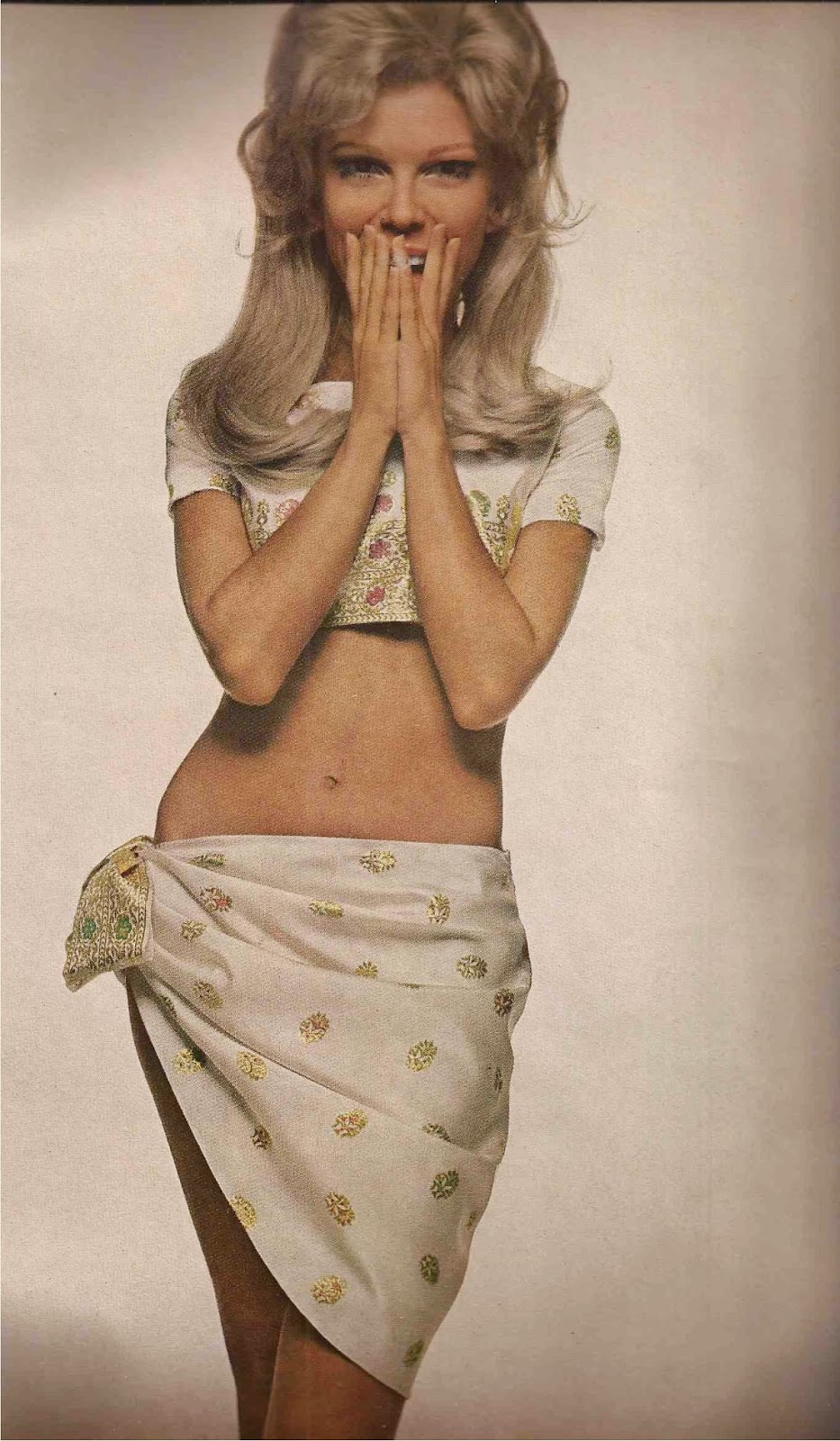 Sari by Annemarie Gardin to order at Henri Bendel 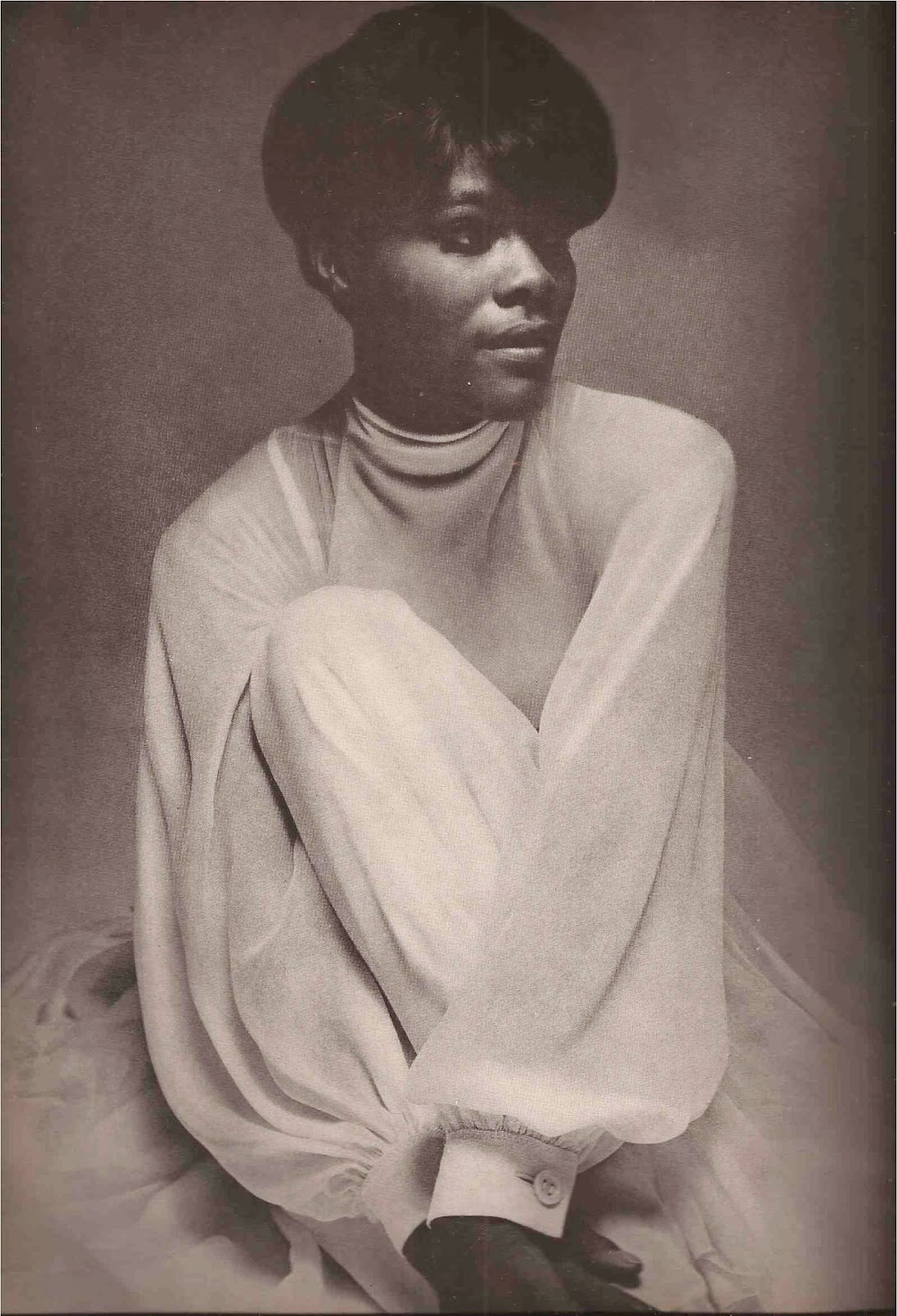 Chiffon on crepe by Galanos 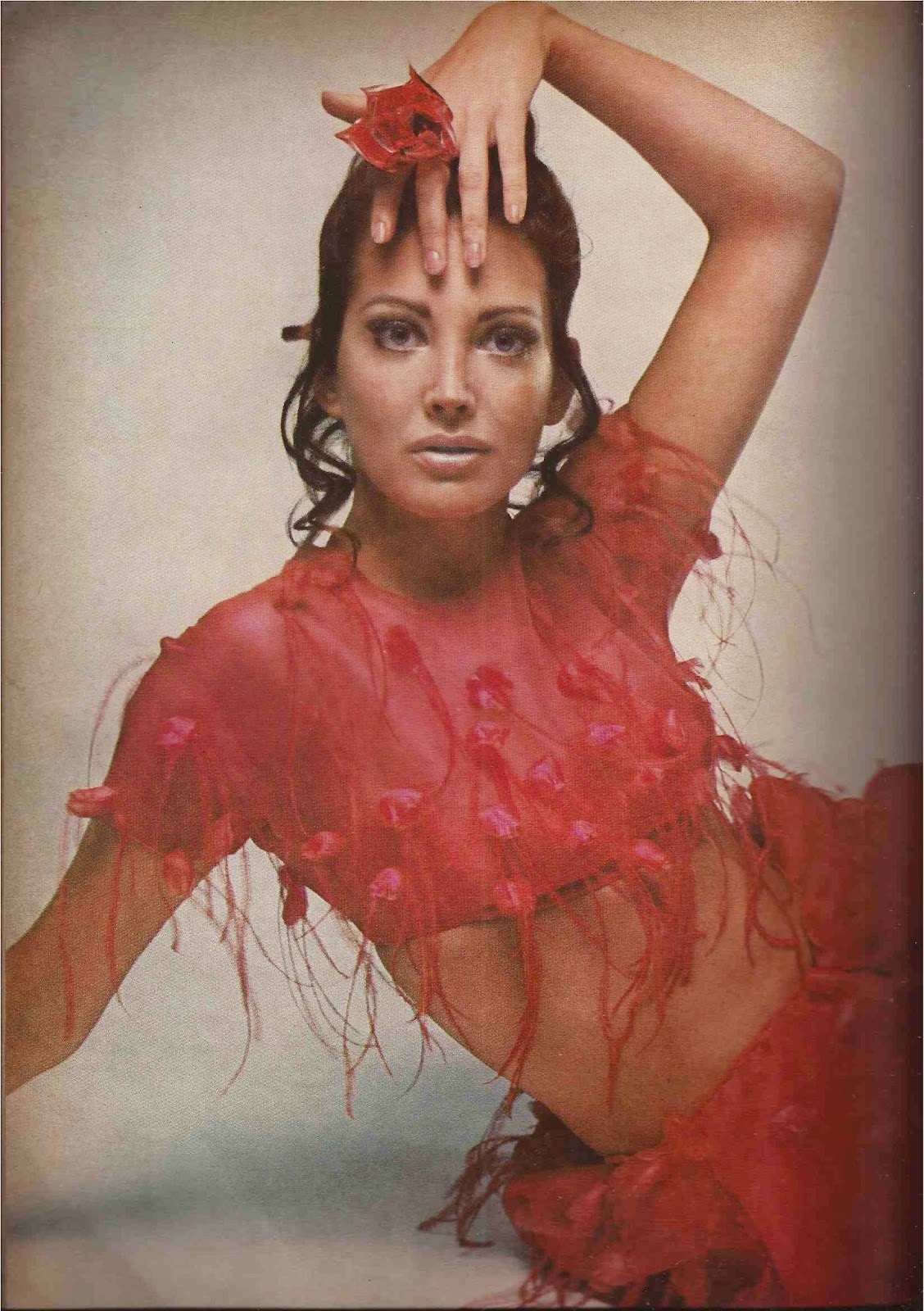 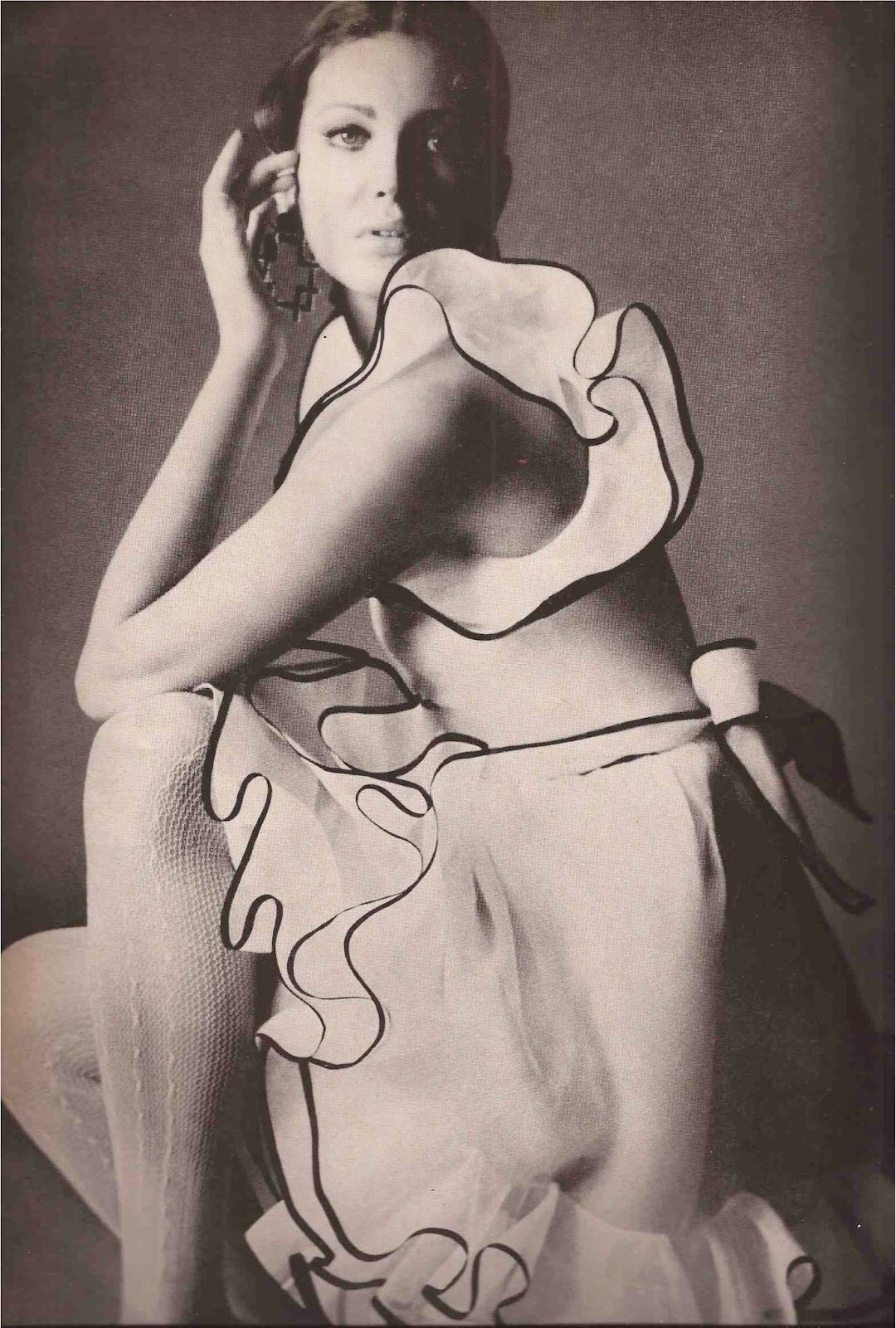 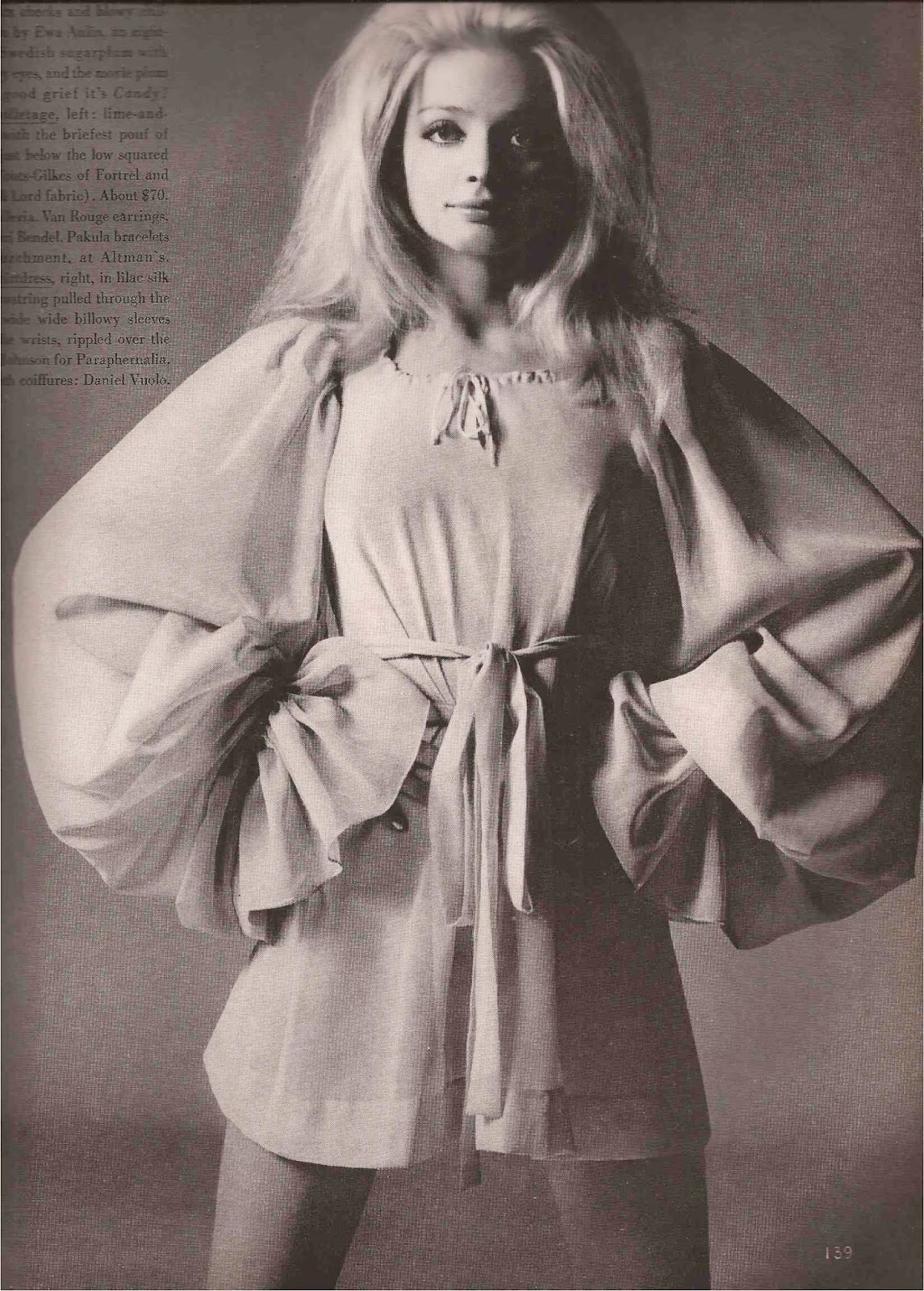 Billowing sleeves, larger-than-life ruffles, short and sweet, printed, checked, solid. This is the dress of the sixties. Influenced by Carnaby Street and the 'London Look' the mini continued throughout the mid-sixties through the end of the decade. This was the look that created tights and panty-hose in order to more comfortably and effortlessly cover the legs without the need for the hardware used with stockings. 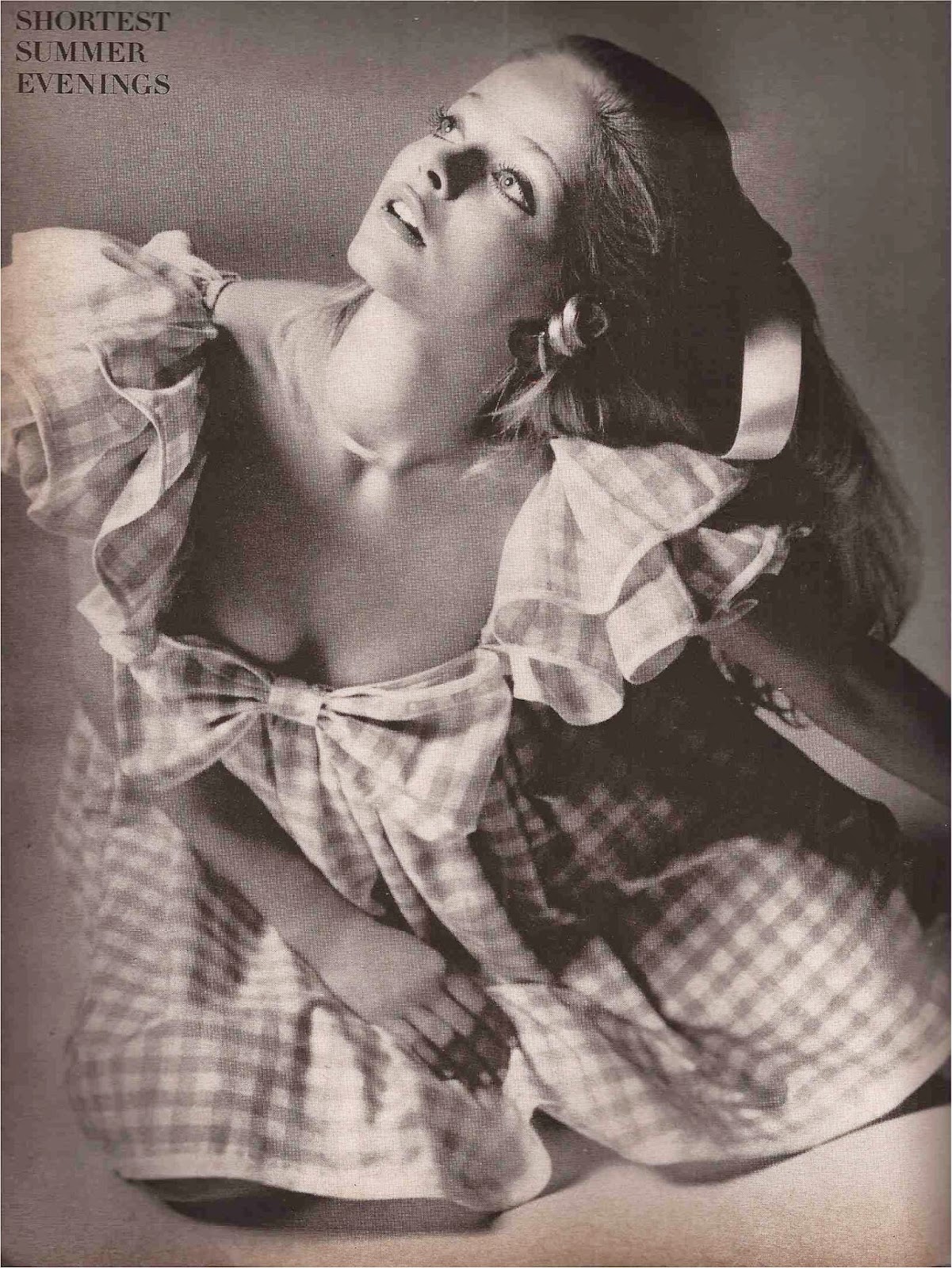 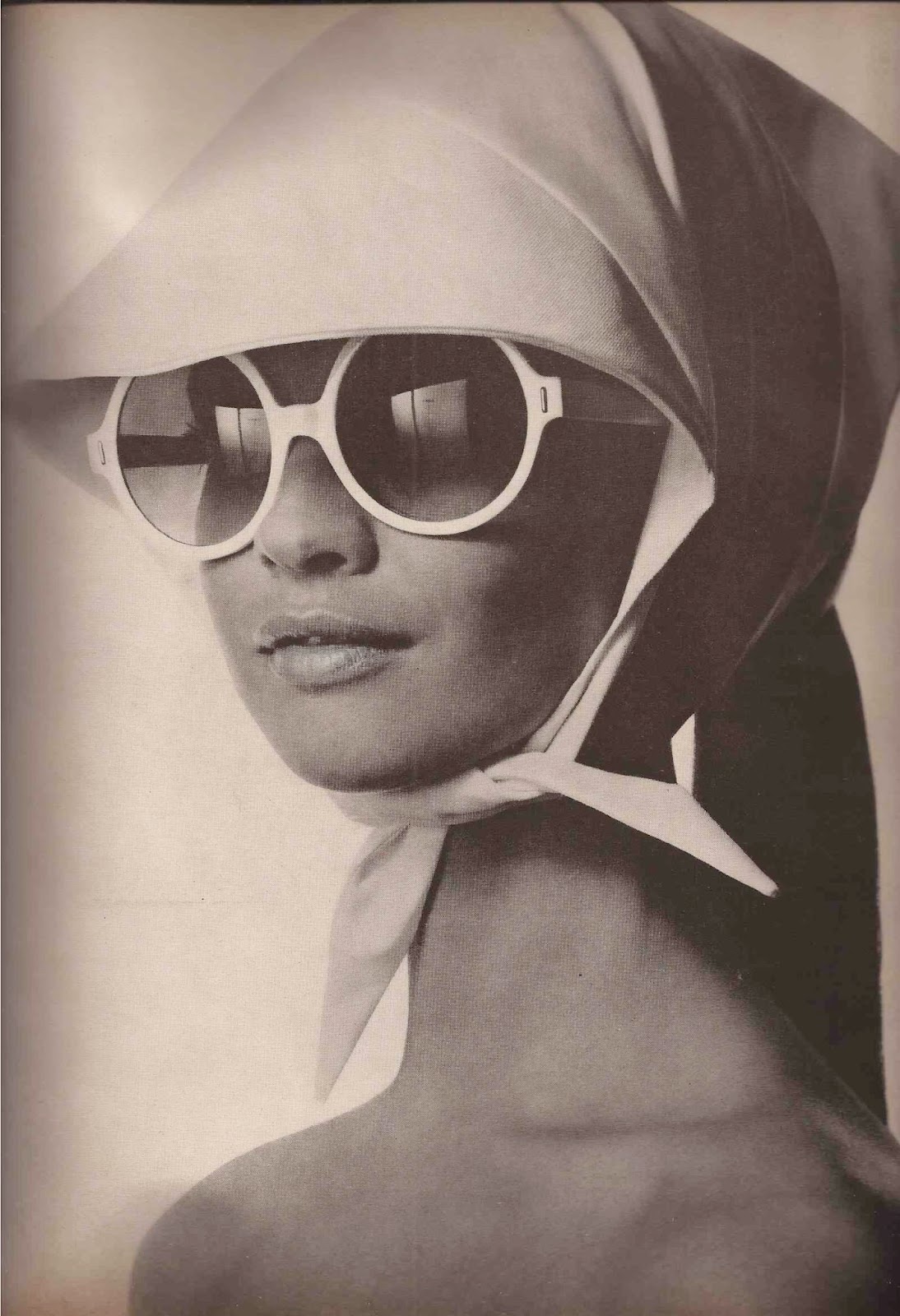 The Cotton head-wrap by Lilly Pulitzer 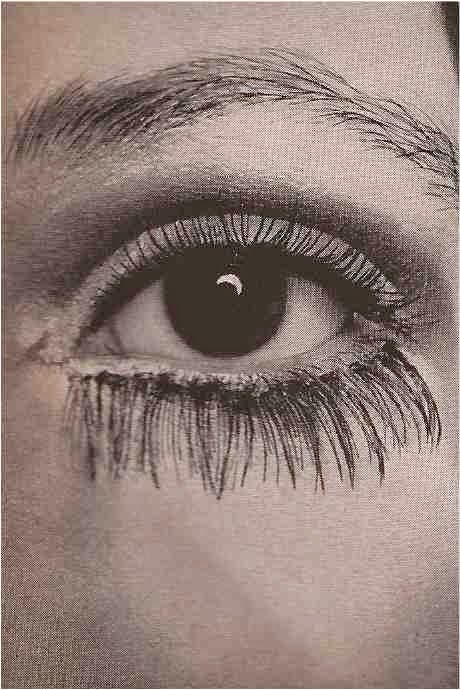 ...eye on the sixties at devodotcom
Posted by devodotcom-devocanada-femaleandfatal-vintimage at 3:43 PM