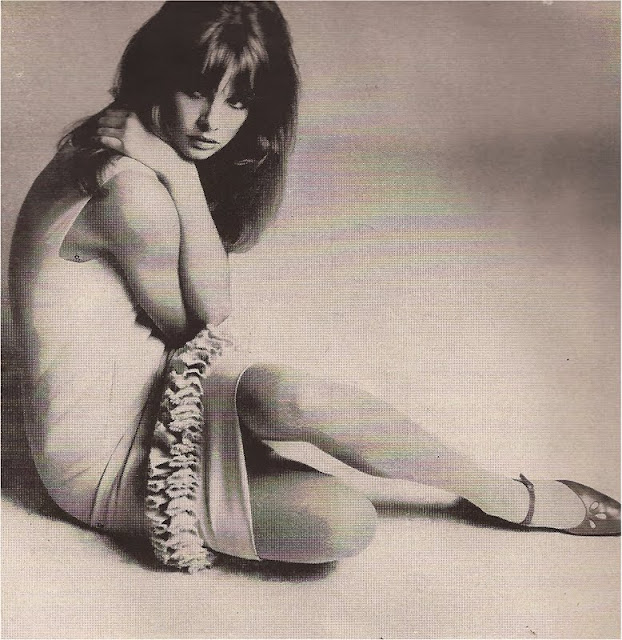 Night on the Town

Shrimpton in ruched ruffles like ribbon candy by Abe Schrader

"Dick decided to follow up the New York section with a portfolio of '"Swinging"' London. We took a suite at the Ritz; in those days the boiseried bedrooms were the size of ballrooms, and the marble bathrooms not much smaller. We had hired a studio at the newly built Sunday Times headquarters in Gray's Inn Road, and a parade of Mods, some knocking on aristicratic doors, others aristocrats playing, delightfully, at being Mod, poured out of the elevator and into the clothes of young designers like Foale & Tuffin or Caroline Charles: Chrissie Shrimpton; Jane and Julian Ormsby Gore, singers Bobby Jameson and Cilla Black, just beginning her rocket to fame; my cousins Peregrine and Jacquetta Eliot; and Lily Langtry's great-granddaughter Lucy Bartlett. After a day of sittings we would dine at the first trattoria to open in England, the Toscana in Soho, before dashing off to Brian Morris's Ad Lib Club, high above an alley in Leicester Square to frug the night away with the same crowd, joined by the Beatles, or Rudi Nureyev with Tessa Kennedy." 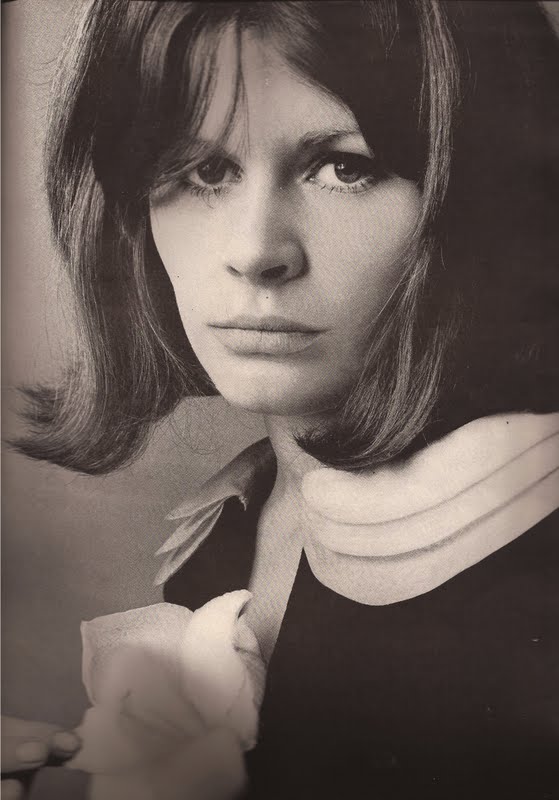 Great-granddaughter of Lily Langtry, is one of the suddenly, startlingly candid new young English beauties who right now make the London scene the what's happening center of the Western world.Closest thing we know in the world of make-up to her cool, clear, country-girl appeal goes by the name of the London Look: emanates from the legendary English house of Yardley. 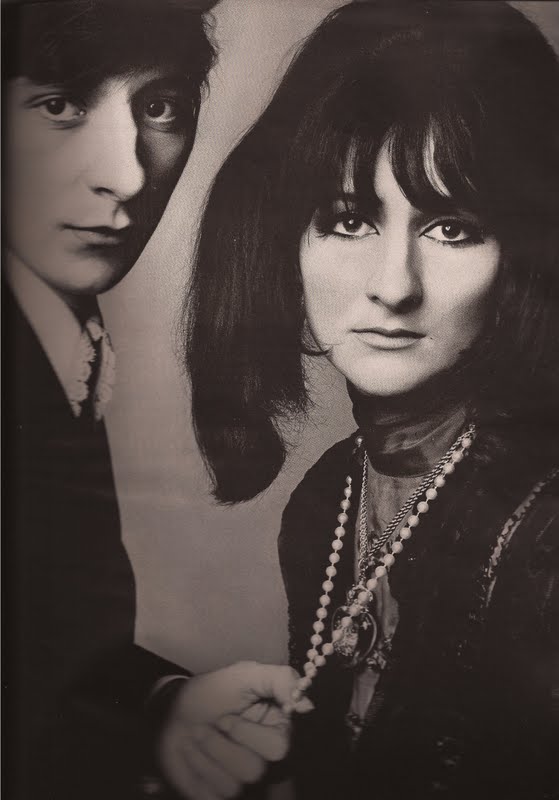 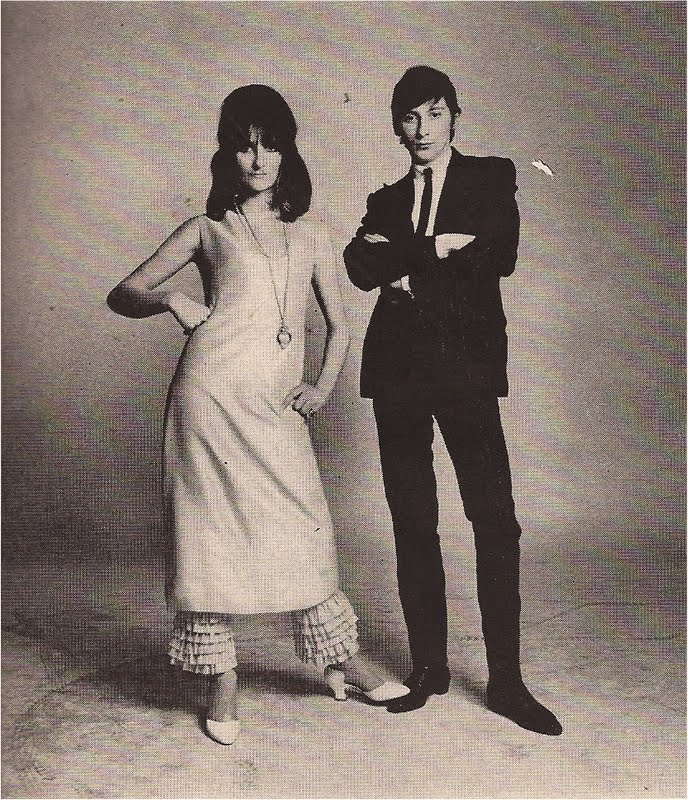 Stridently a part of the scene, the remarkable children of Lord Harlech, former English ambassador to the United States, and Lady Harlech. Her dress by Avantgarde, his, a vintage suit made for his father when he was twenty-one and worn once. 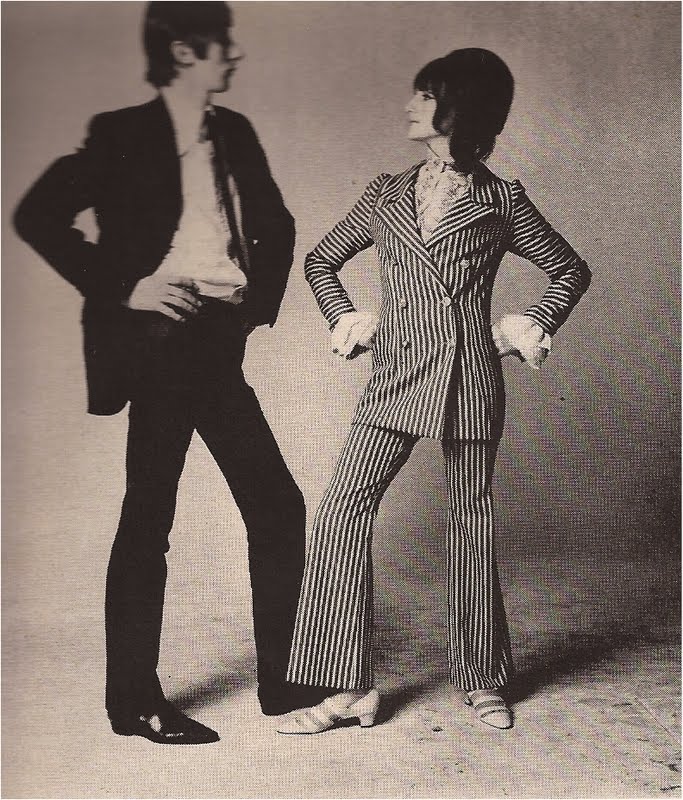 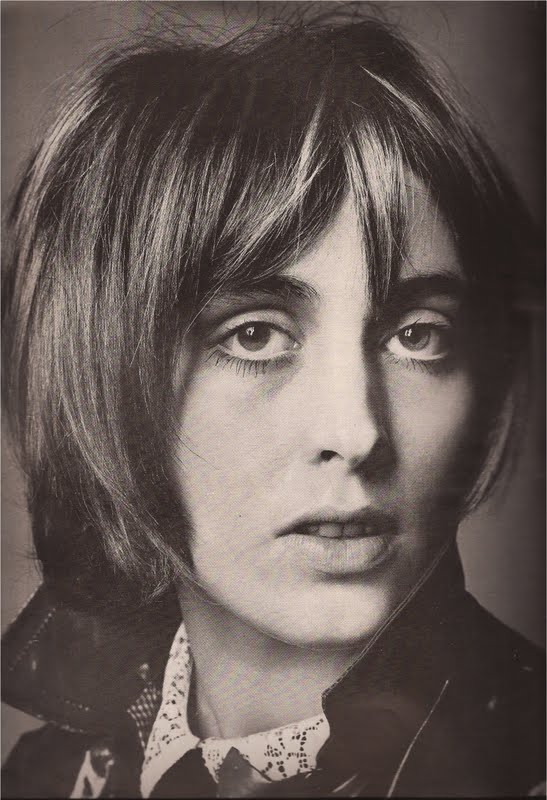 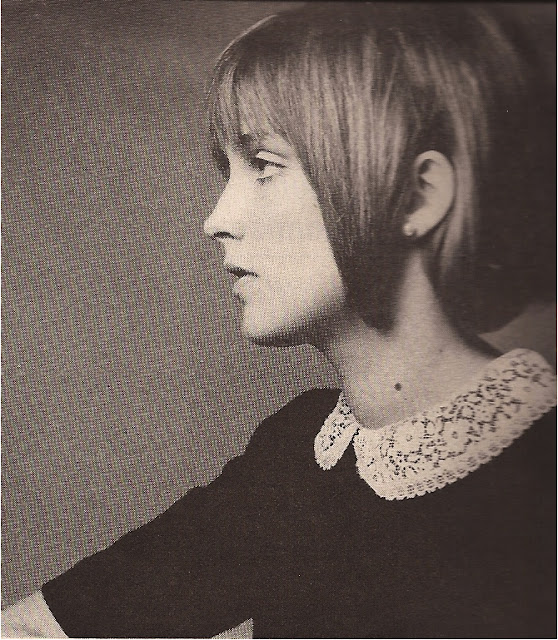 Jacquetta links hands with her equally young husband, Peregrine, Lord Eliot, the master of a home in London and of Port Eliot in Cornwall, a romantic house washed by the sound of the sea. Lady Eliot wears a Tuffin and Foale white crepe dress, whose geometric lines copy New York's Chrysler Building. 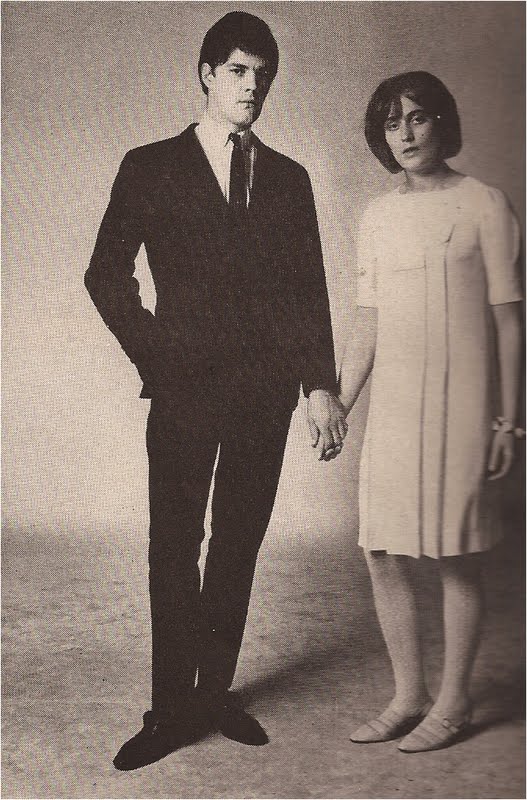 The "in" pair: Chrissie Shrimpton in Tony Armstrong and Doug Gibbons, a singer with the Footprints. 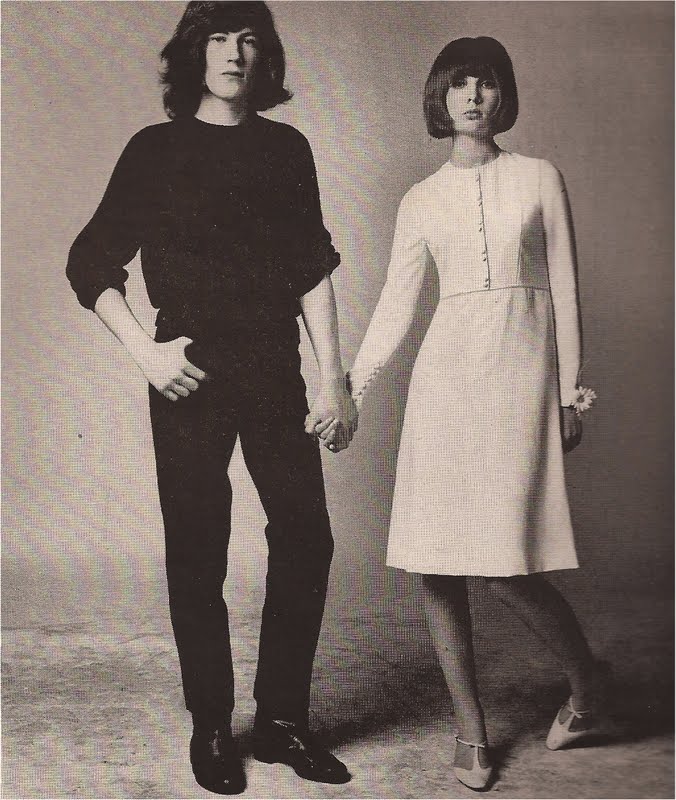 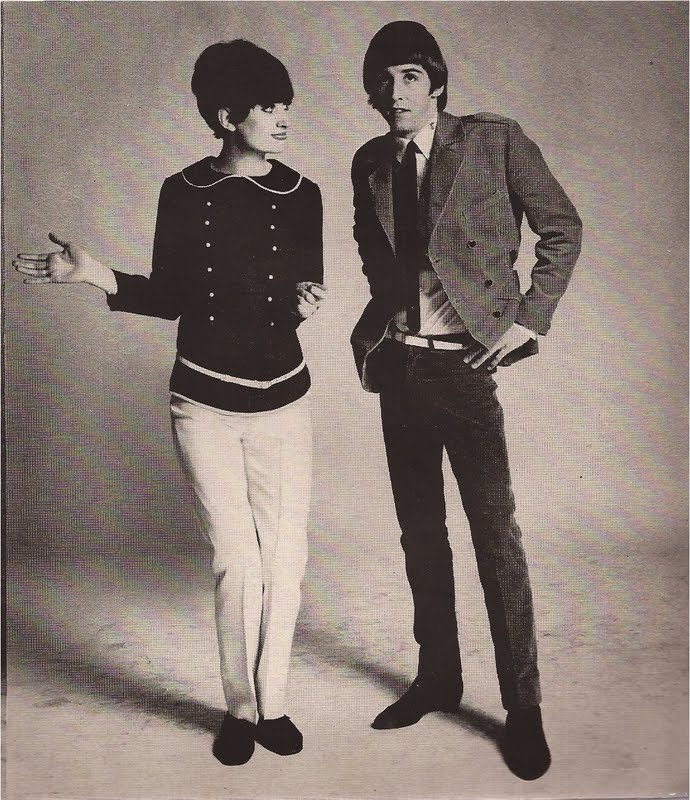 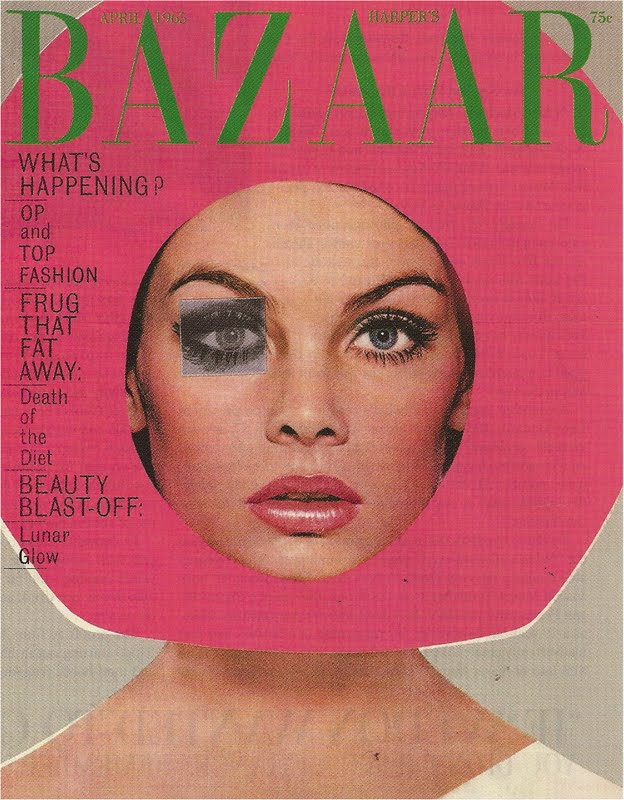 What's happening - what's really out of this world - in the wonderful world of make-up: a new rave of a lipstick with the exciting astral glow of silver built in. The nouveau space helmut in heavenly pink from Mr. John. Vari-Vue winking eye manufactured by Pictorial Productions, Inc., created for Harper's Bazaar by Kay Anderson.
Cover and all photographs by Richard Avedon 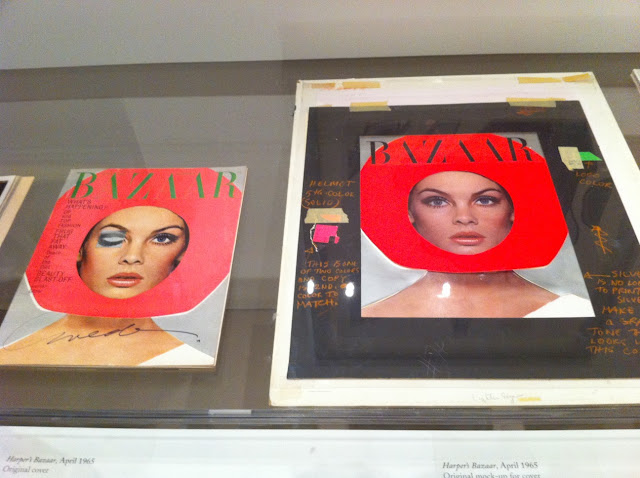 photographed by Hien Nguyen at the Avedon Reptrospective, Boston Museum of Fine Arts
"Having seen a pair of winking-eye spectacles in a Broadway joke shop, I had he idea of using a hologram - not that they were yet called that - of Jean Shrimpton's eye that would wink as you moved, on the cover portrait. Dick was wildly enthusiastic, photographing Jean's sky blue eyes shut and open for hours, but the process turned out to be quite expensive and in the end only first-run copies carried "the Shrimp" winking out from inside a '"heavenly pink space helmut by Mr. John"'. 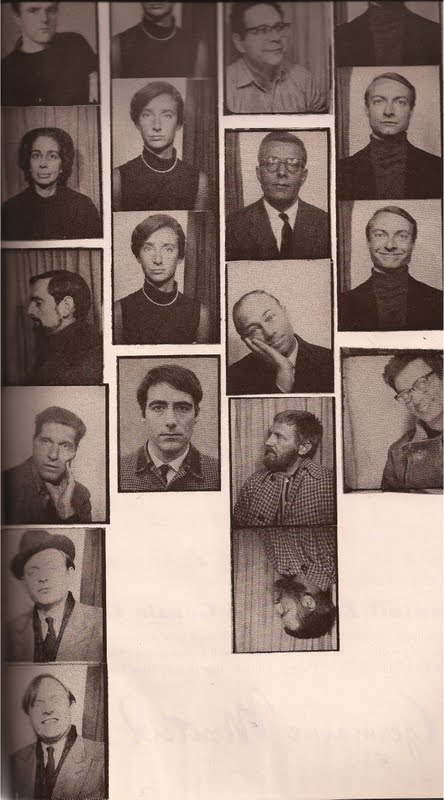 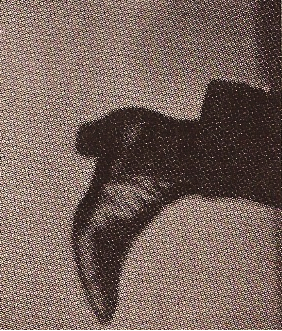 Last, but most in, one of the ubiquitous boots of Nicky Haslam, our consultant on what's happening, like now.
Posted by devodotcom-devocanada-femaleandfatal-vintimage at 11:49 PM