SAUL LEITER - THE LOOK OF THE IRISH 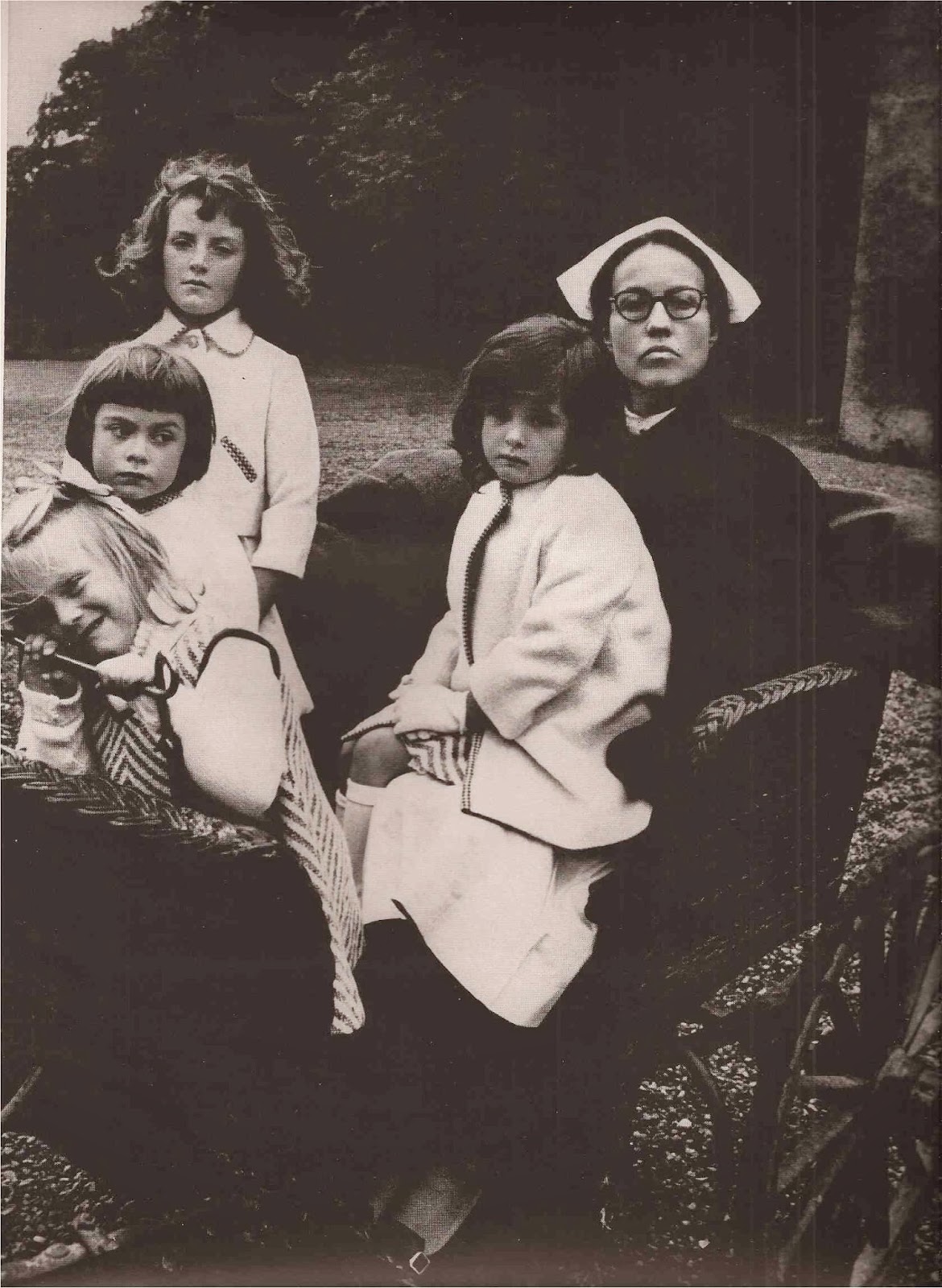 " According to Howth Castle legend, Grace O'Malley, a pirate queen in the days of Elizabeth I, was refused haven. In rage, Grace captured the son of Lord Howth and held him hostage till she was promised shelter forever for herself and her descendants. To this day, a place is set for her at the table." 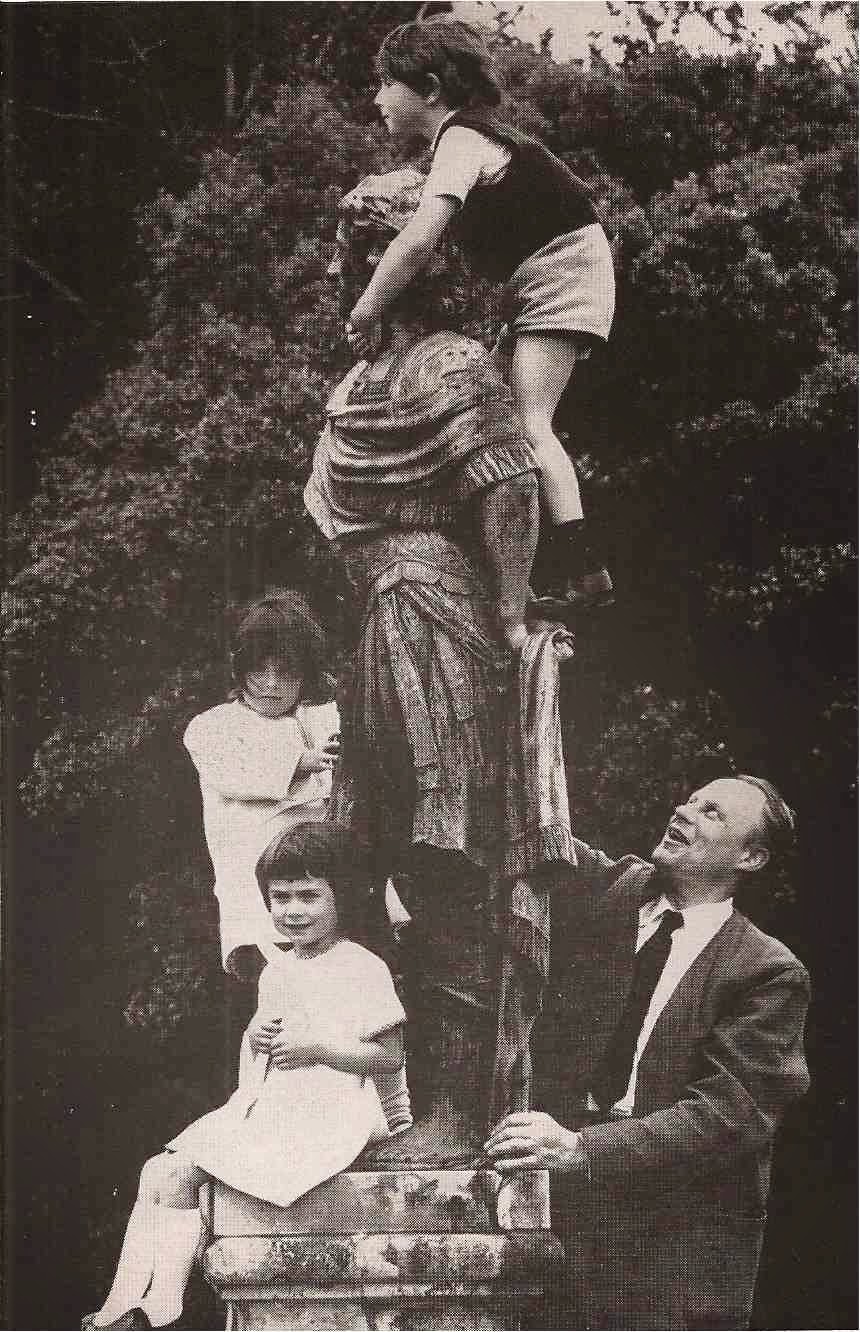 "Miss Trudy Hunt and her brother, John, with their friend, Miss Alex Mitchell, befriend a statue of Charles II that stands outside the home of their father, Mr. John Hunt, art historian and the curator of Bunratty Castle." 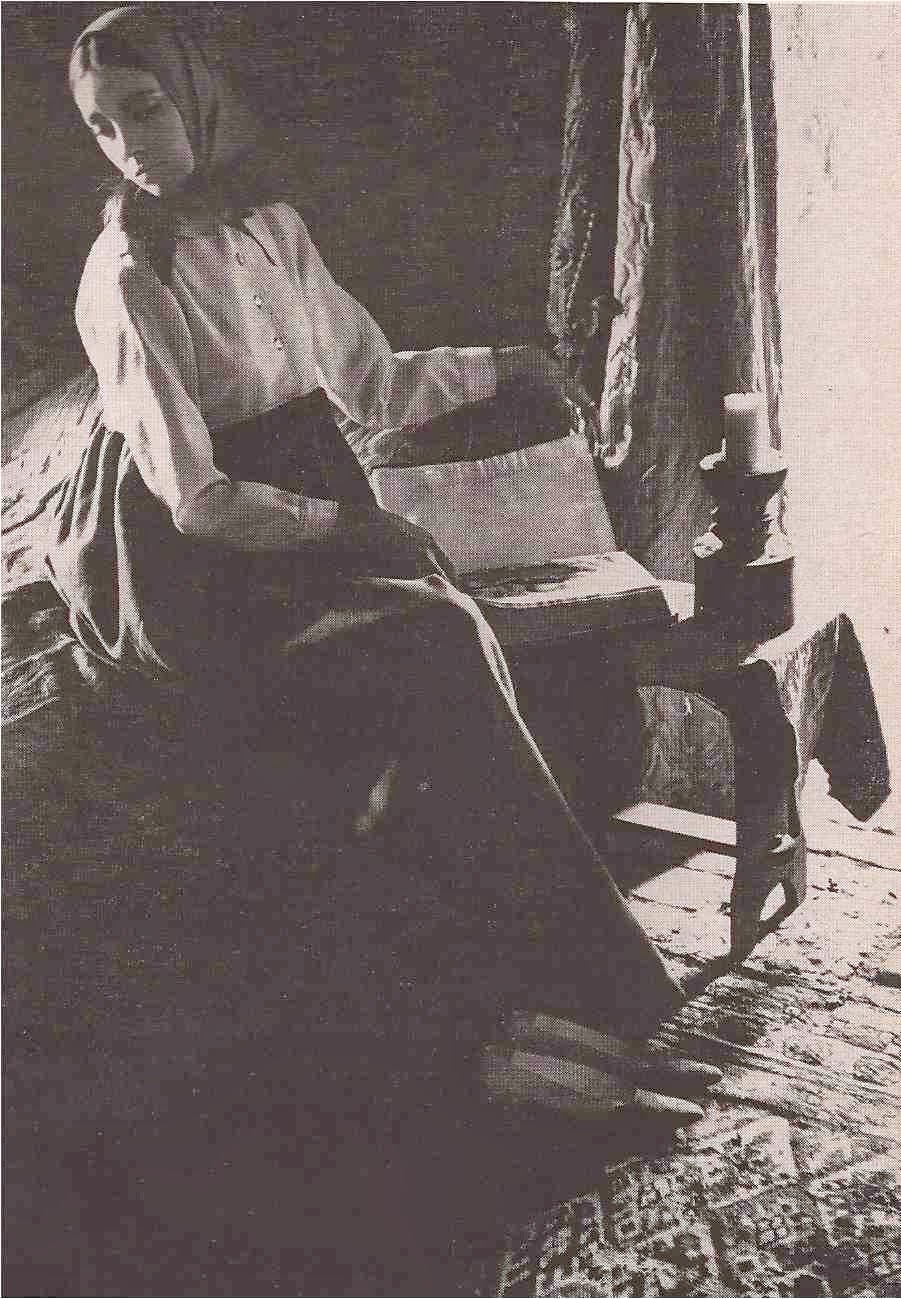 "Within the walls of Bunratty Castle, a young lady sits reading, perhaps the story of Deirdre, before retiring for the night." 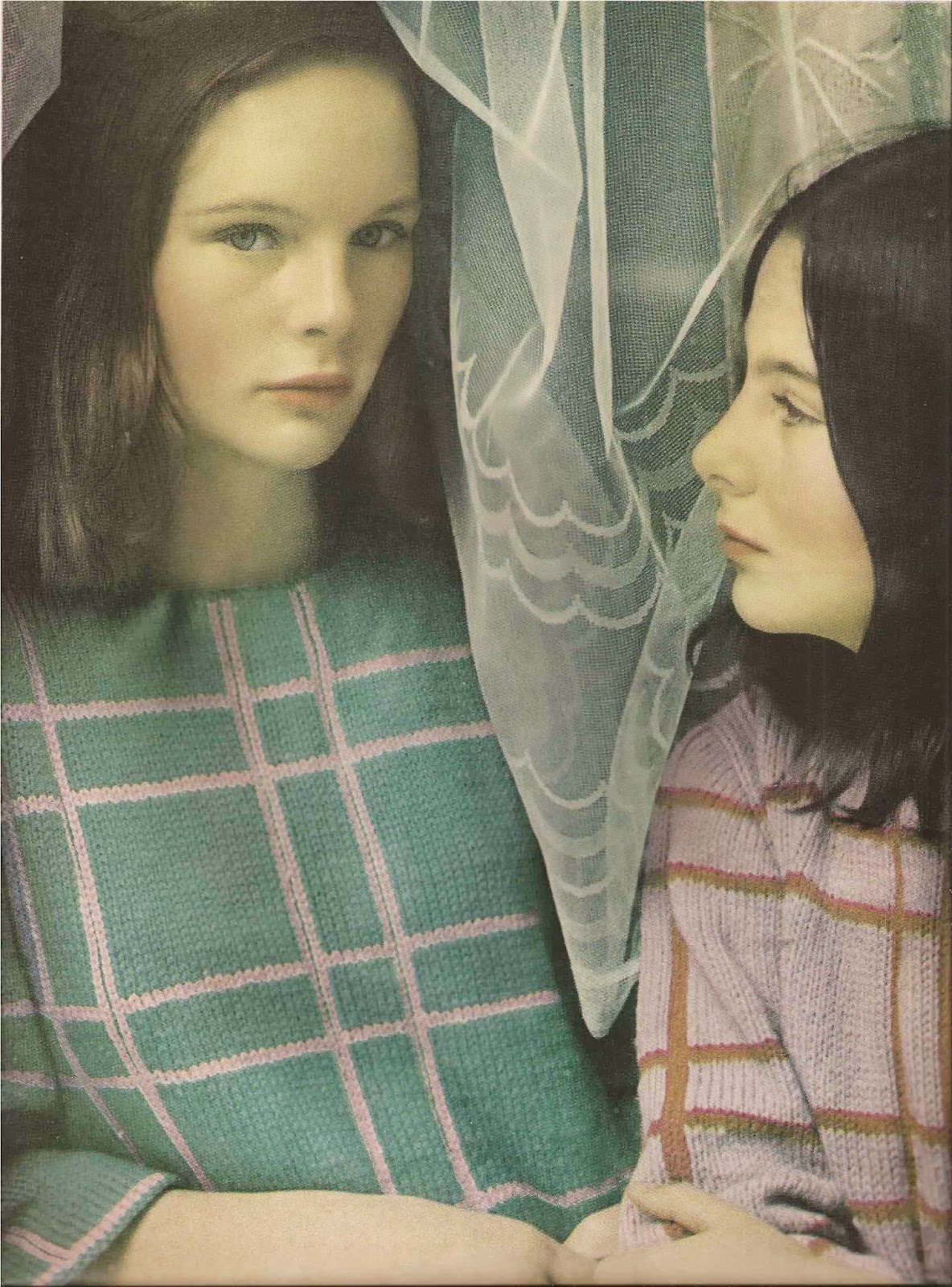 The Celtic Cast of Beauty

Nives Egan and her sister, Colette, in a window of Dublin's Brazen Head Hotel built in the eleventh century. 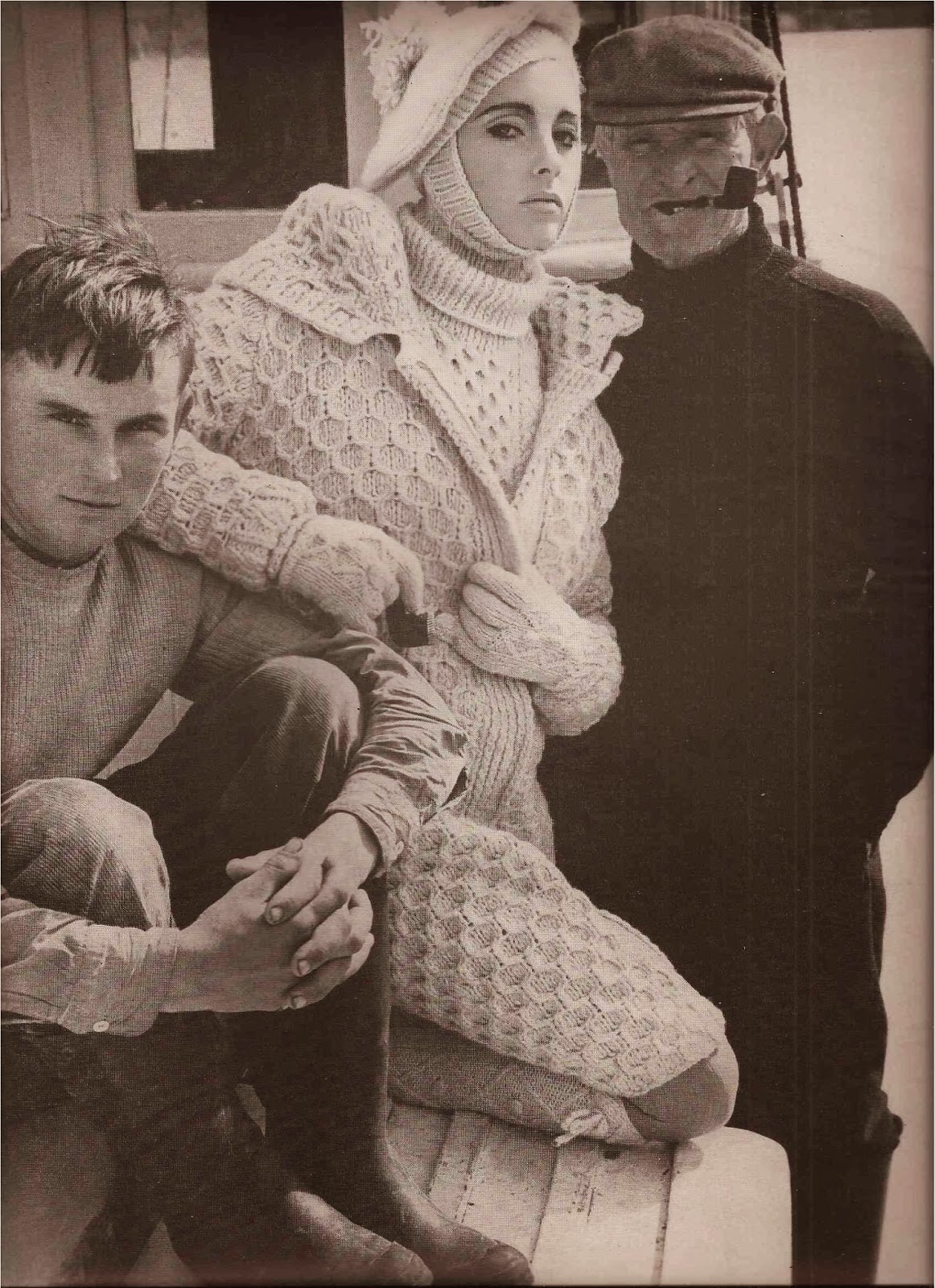 The Lobster Fisheries of Kinsale 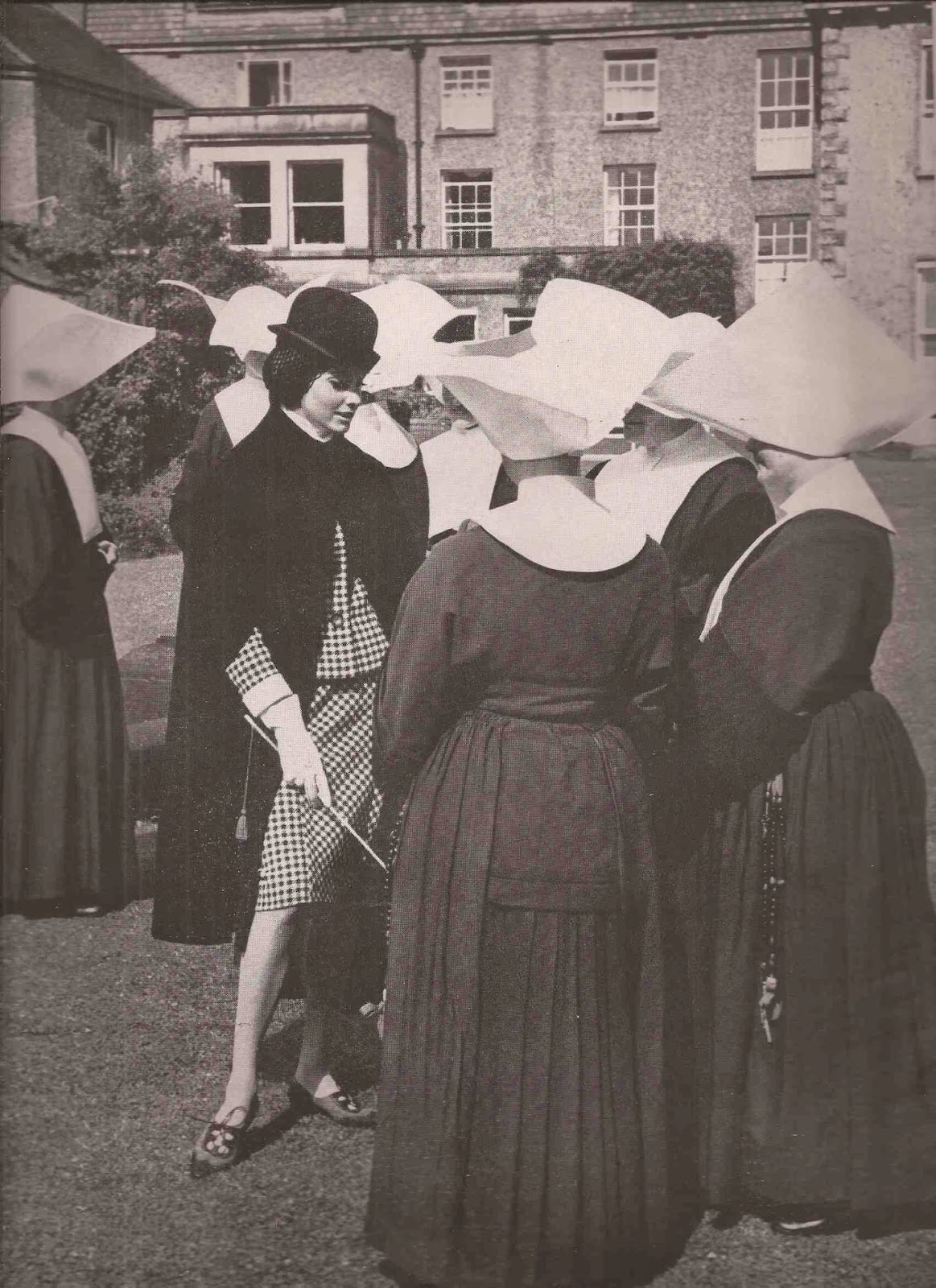 The Sisters of Charity of Chapelzod-Knock Maroon

"The sisters keep a school for children in a wonderful dormered country home given them by Sir Arthur Guinness." 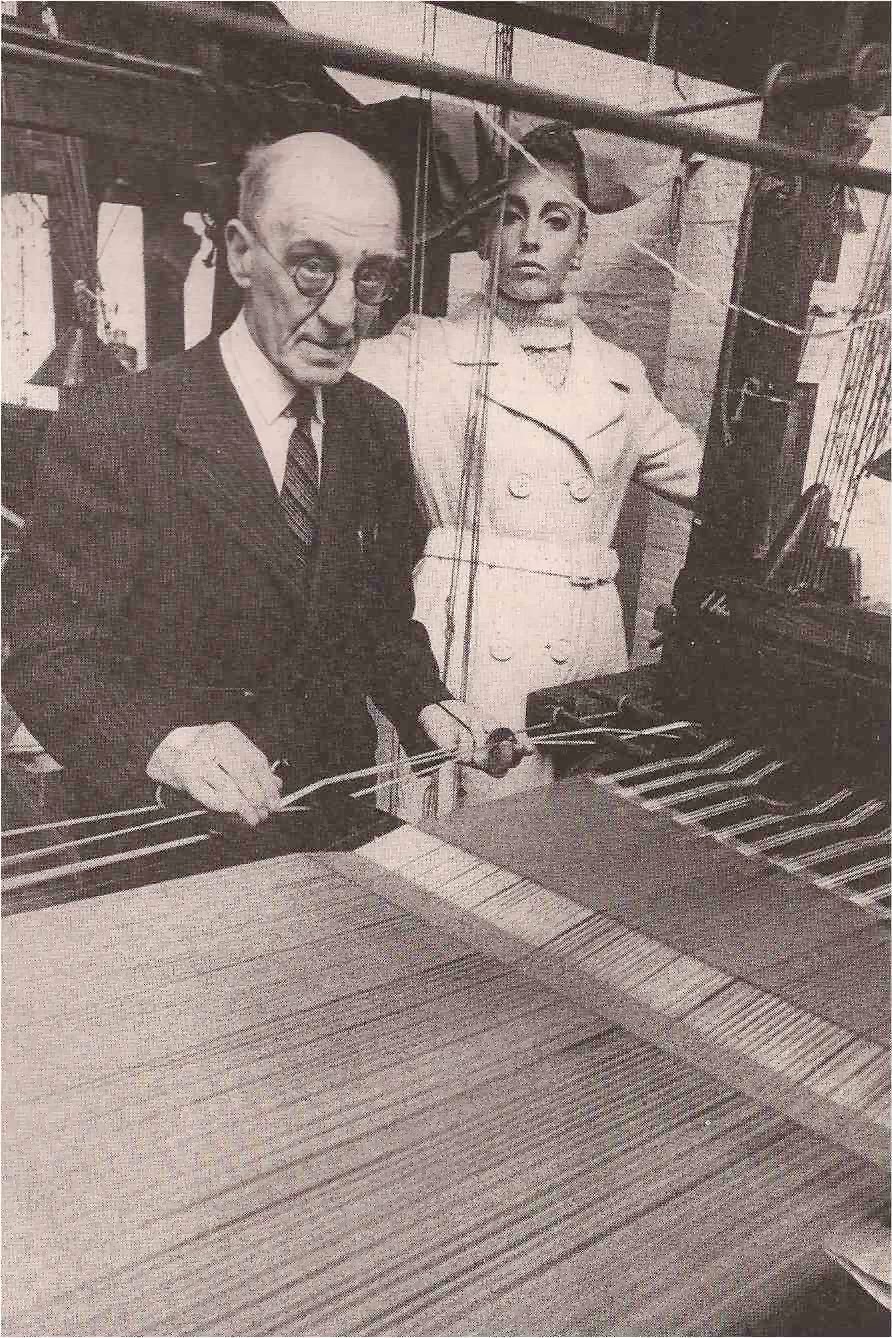 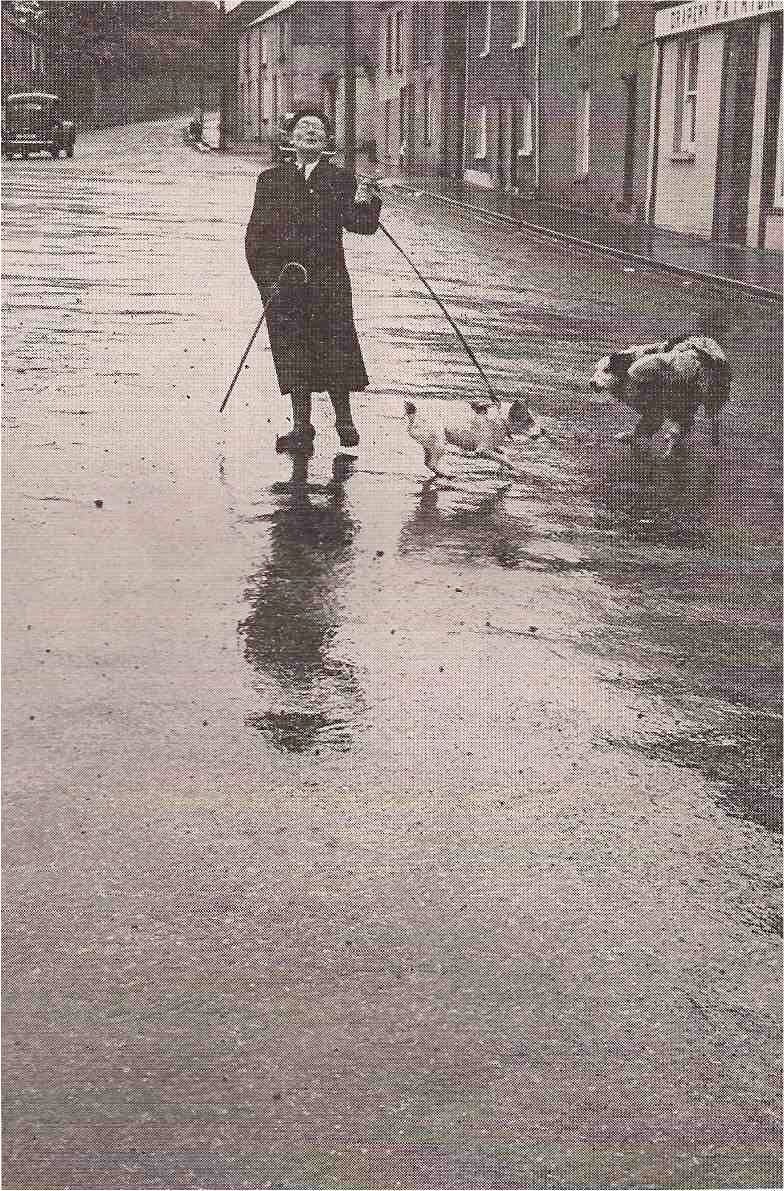 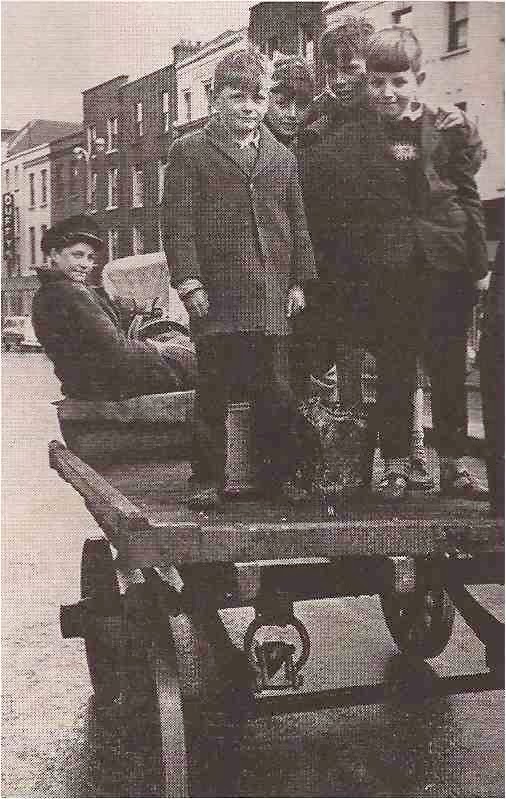 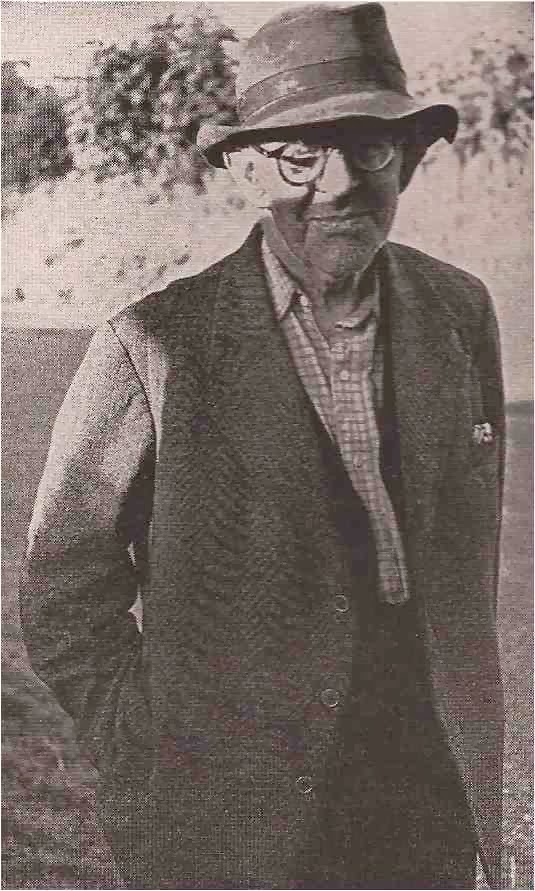 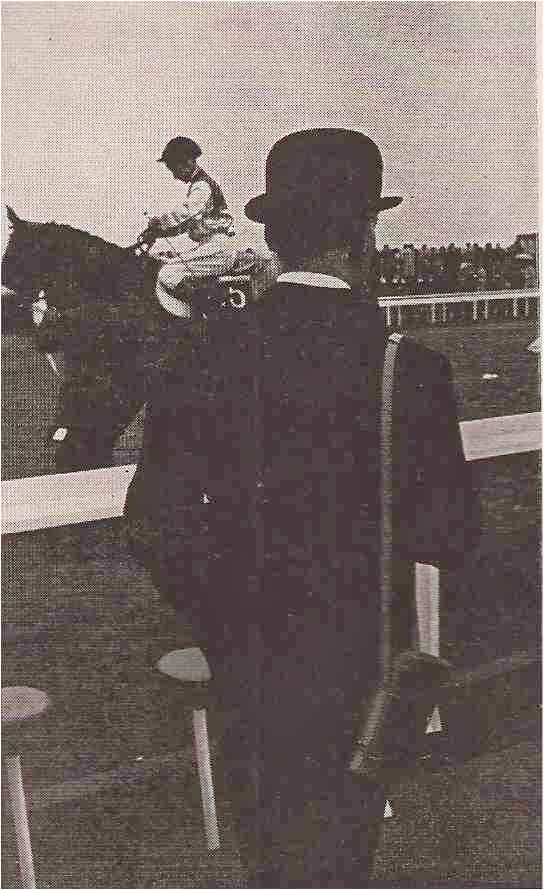 The Irish Derby at Curragh 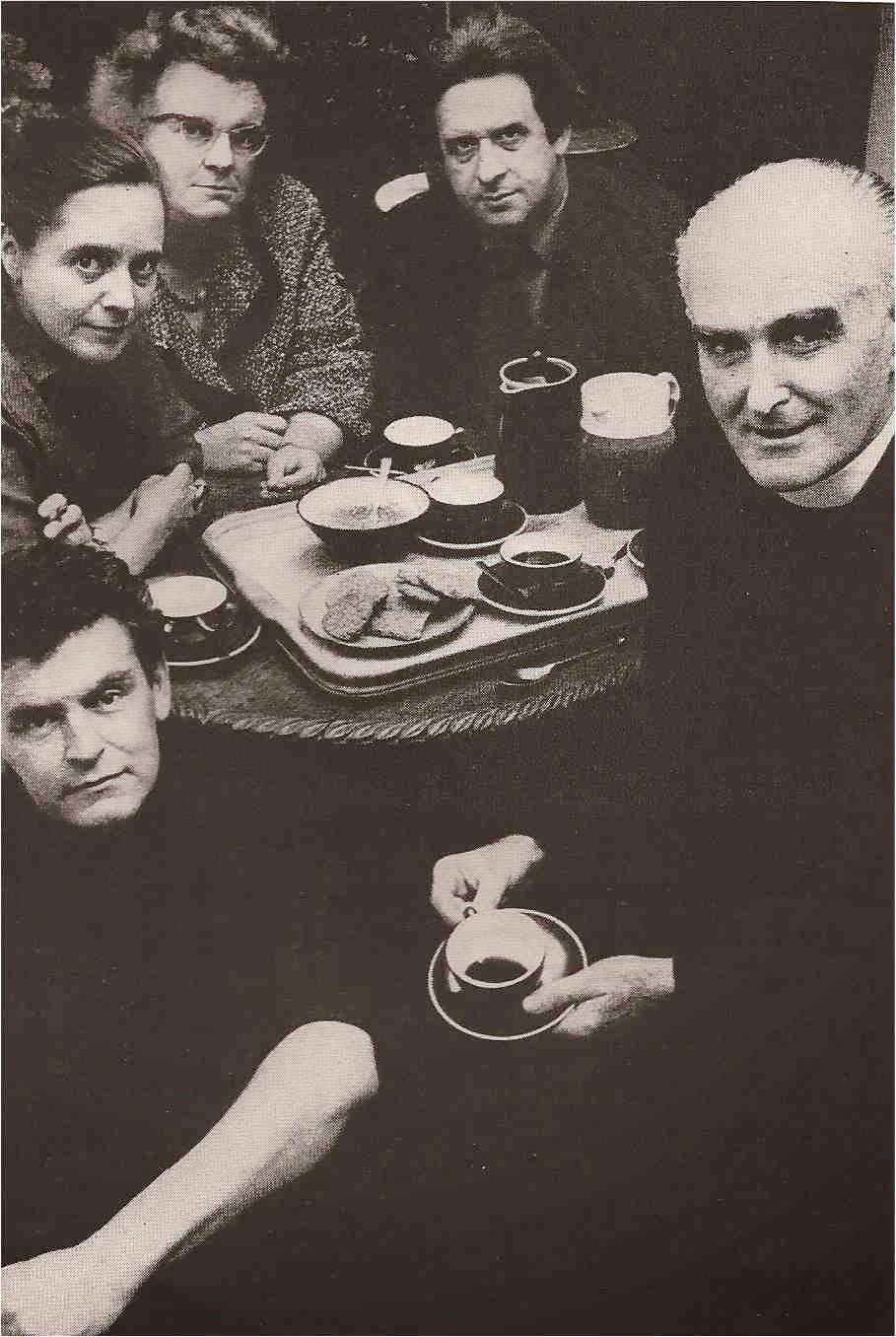 "Father Donal O'Sullivan, S.J., priest and scholar, tremendously influential chairman of the Arts Council of Dublin whose own enthusiasm has found answering enthusiasm in the galleries and museums of this country." 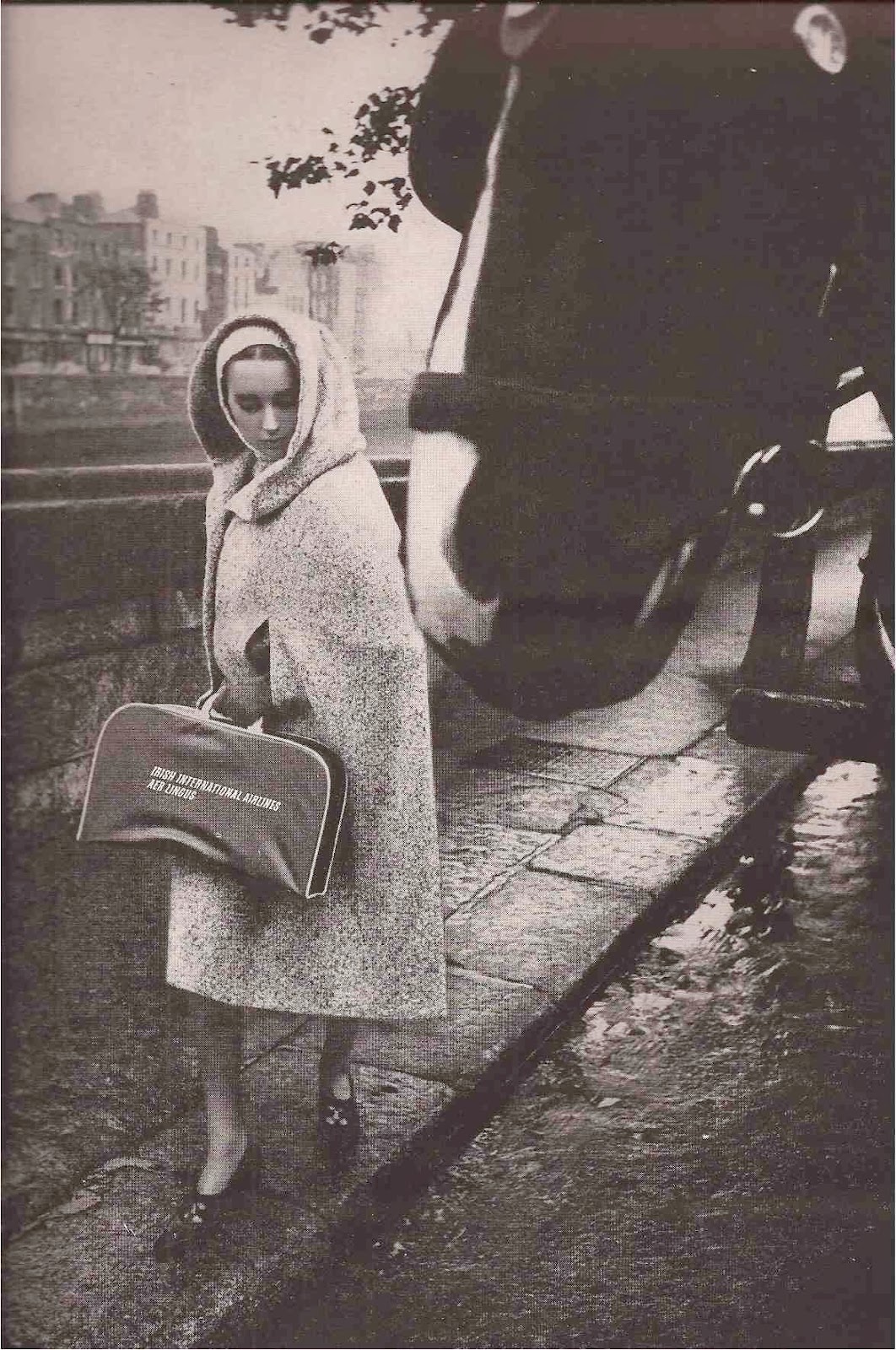 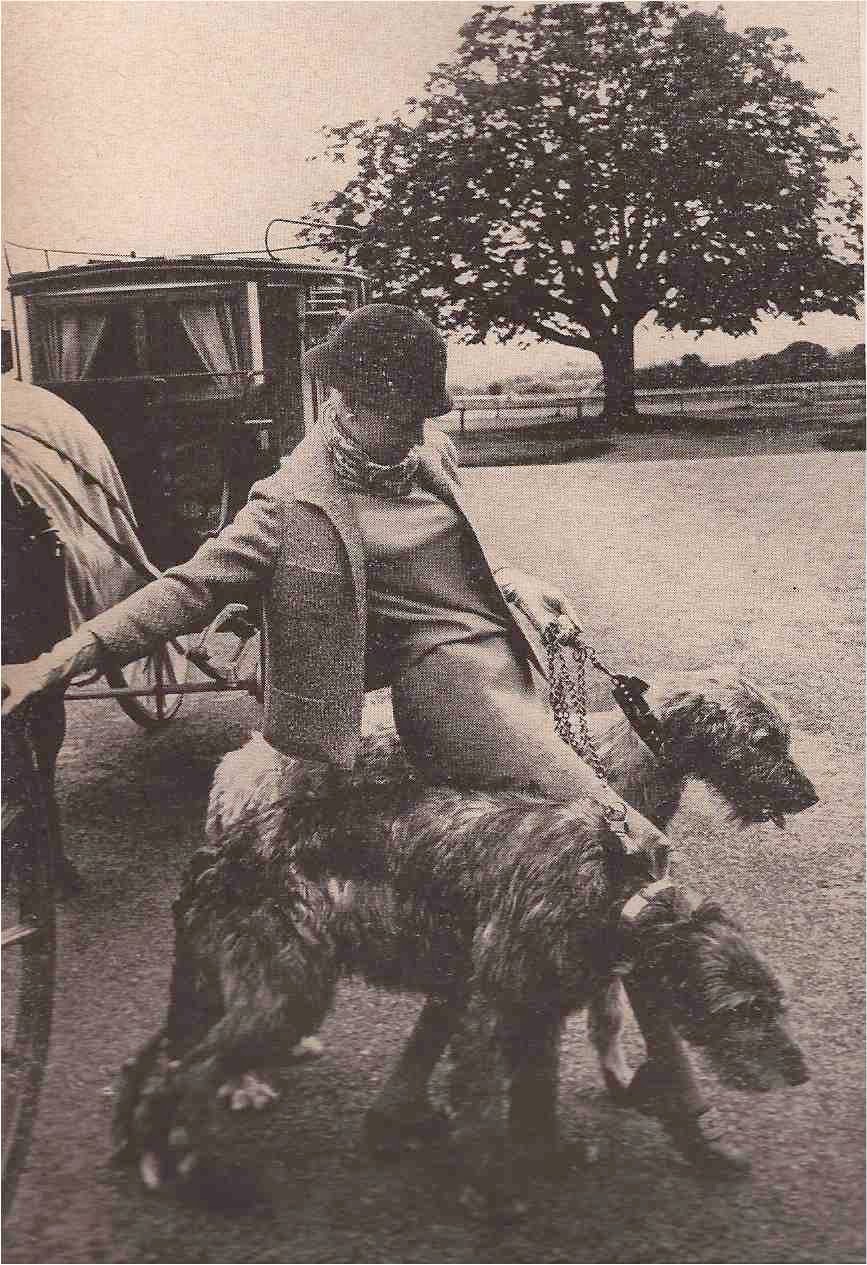 Rough and comely tweeds and wolfhounds set, as becomes them, in Ireland.

"Where for a small consideration cows are allowed to graze its great space." 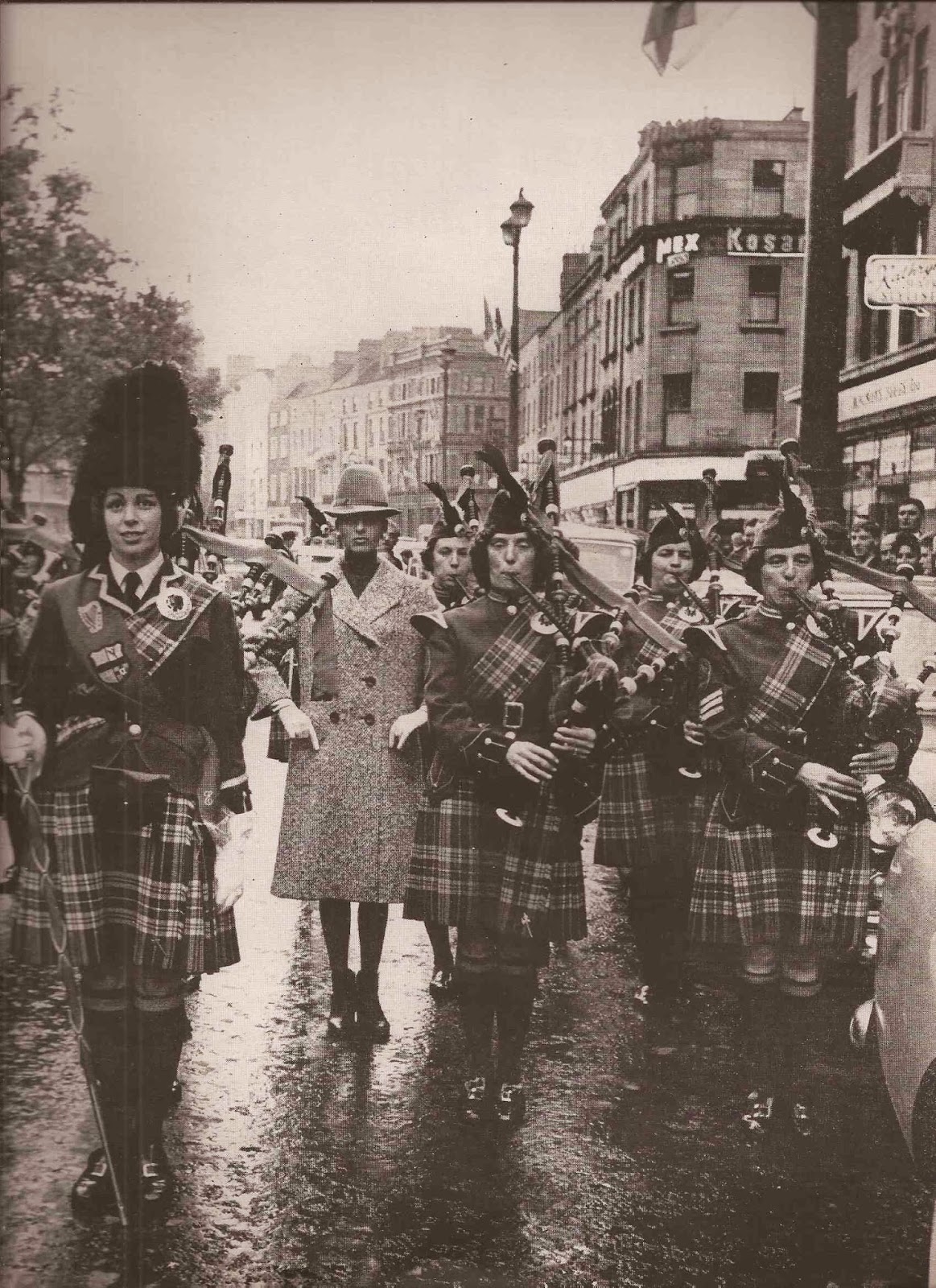 
The Look Of The Irish 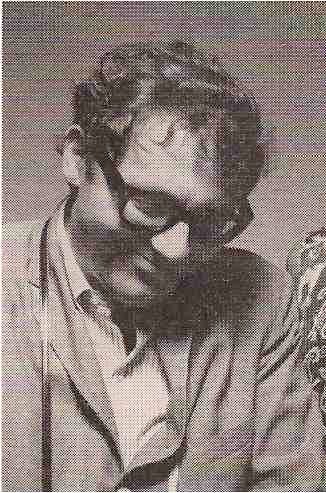 Posted by devodotcom-devocanada-femaleandfatal-vintimage at 6:58 PM