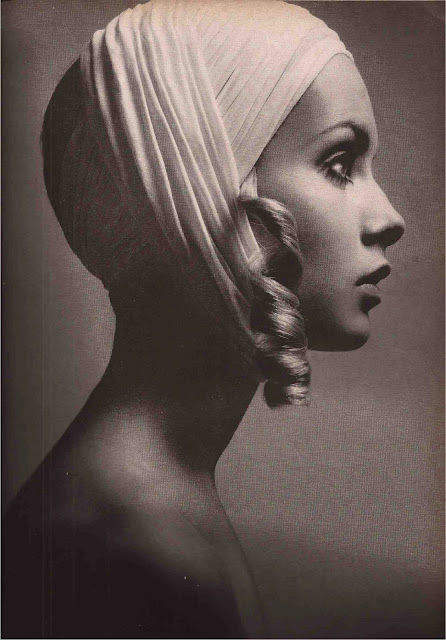 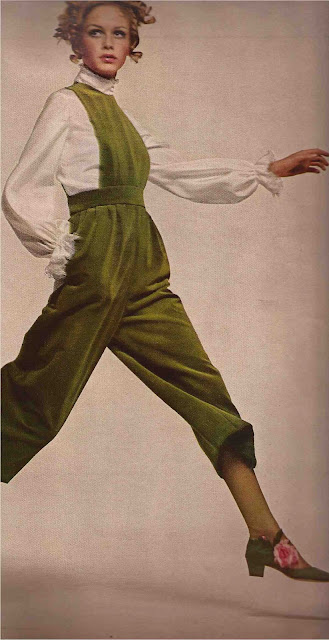 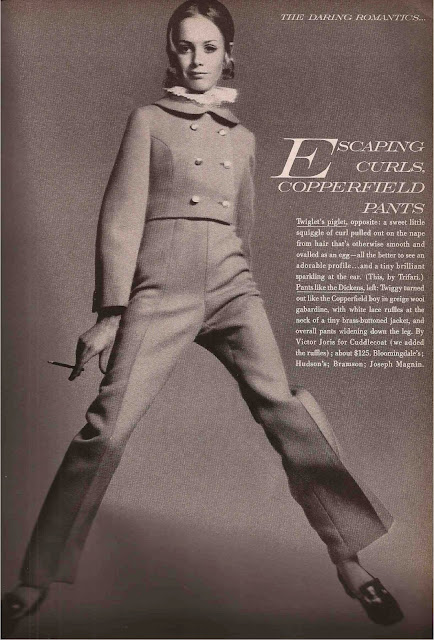 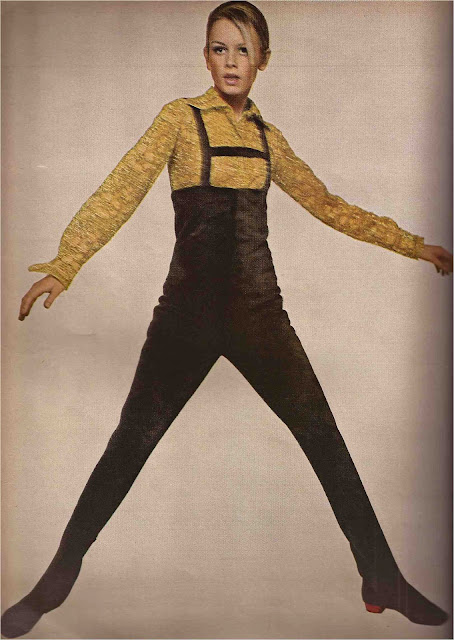 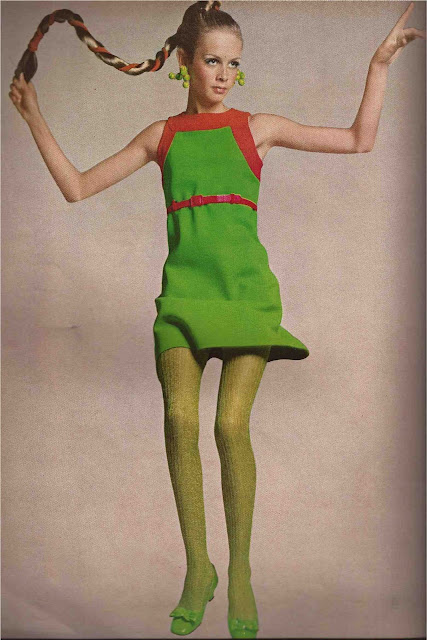 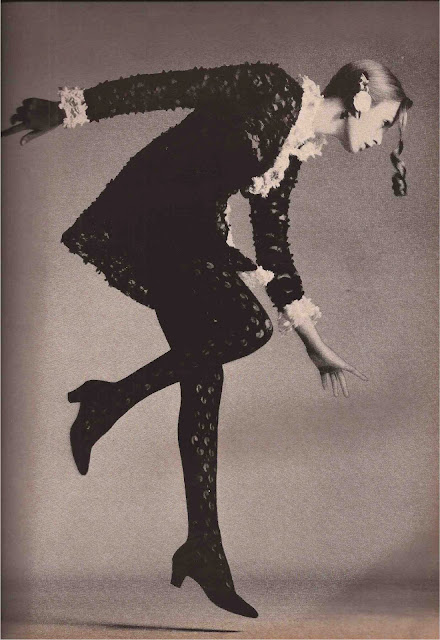 Accompanied by her boyfriend-hairdresser-manager Justin de Villeneuve, the duo set forth on a meteoric rise to fame that saw “Twiggy,” as she was to become known, grace the covers of fashion and teen magazines across the continent and overseas. 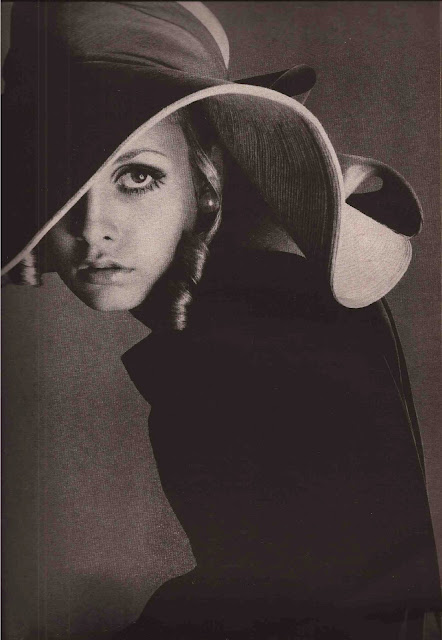 Her boyish figure and Sassoon ‘boy-do’ - combined with huge doe-eyes framed by painted lashes that became known as ‘twiggies’, was the look that all young women on these shores aspired to. 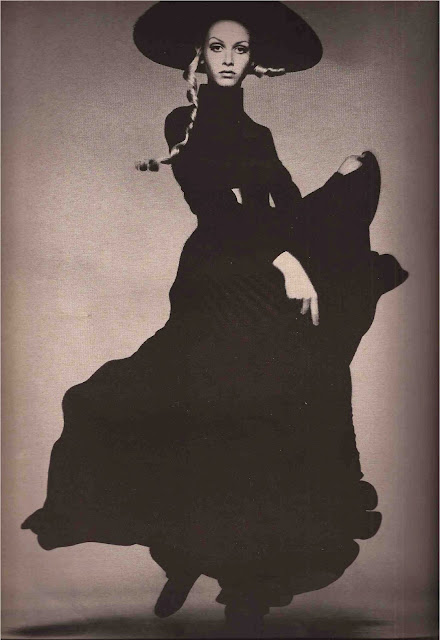 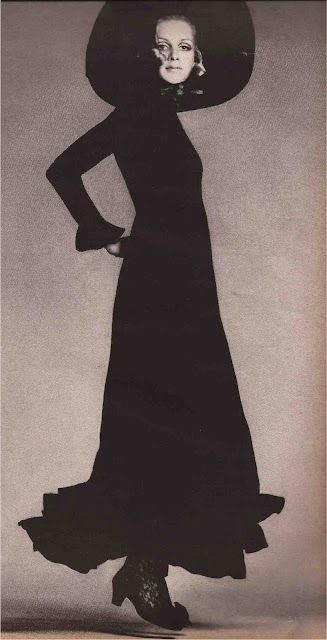 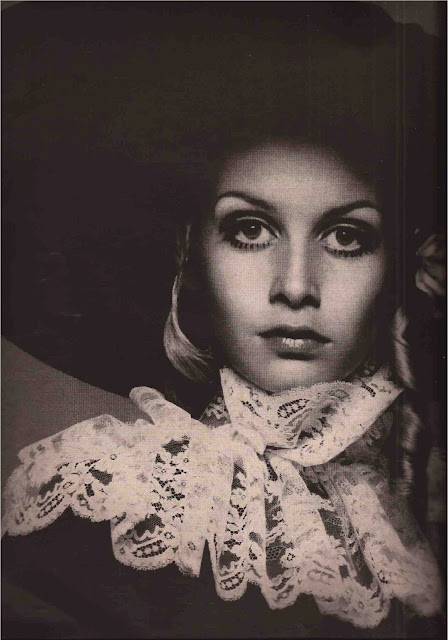 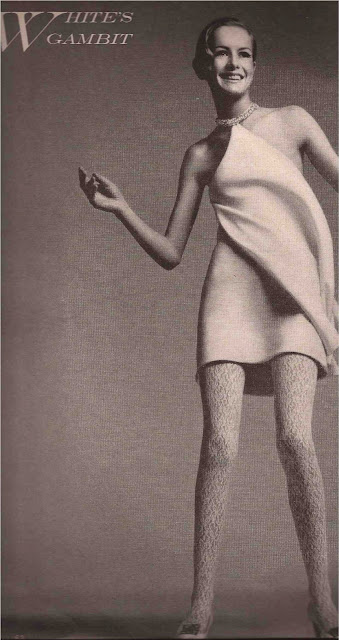 Mary Quant ruled British Fashion at the heart of Swinging London – a catch-all term for the fashion and cultural scene of the mid-sixties, and her   minis, lacy pantyhose, ribbed knits and androgynous pantsuits made magic when presented on Twiggy’s perfect androgynous form. 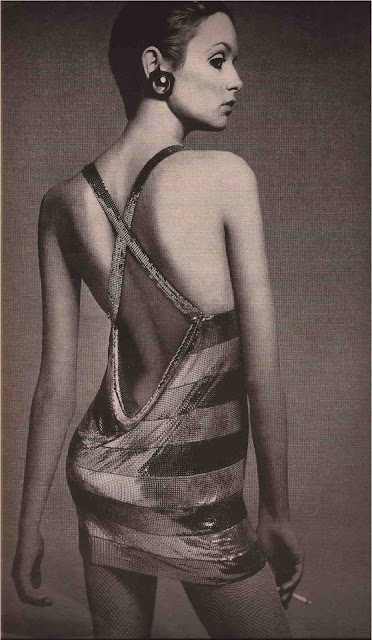 She was incredibly thin – in a healthy way, amazingly young, wonderfully fresh-faced, with a great sense of humor and a cockney accent that added to an enigmatic character that North American girls on both shores could only wish to emulate. 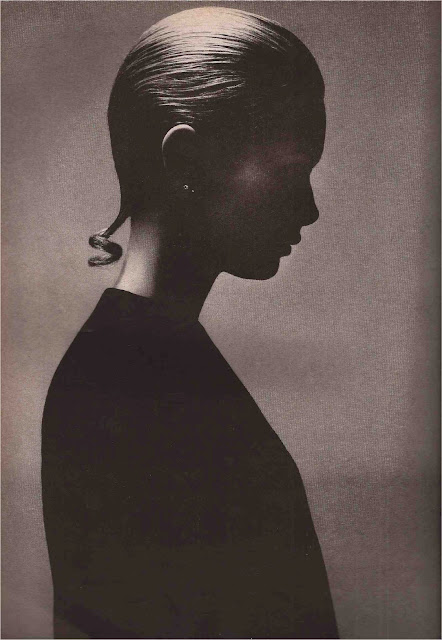 She was perfect for the times ...

Posted by devodotcom-devocanada-femaleandfatal-vintimage at 8:19 PM