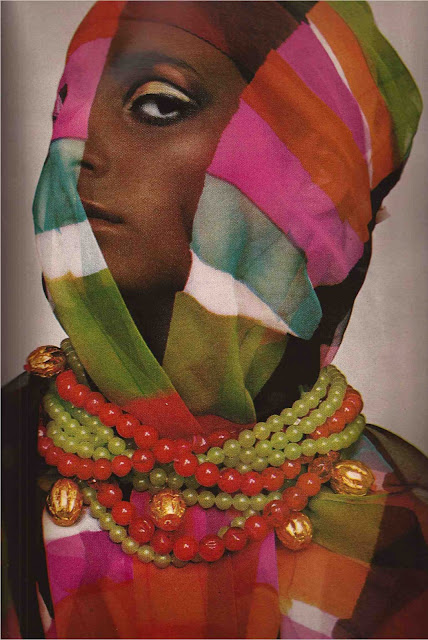 "you can do fabulous things to help your eyes reveal the inner melody that's the beautiful, present-tense you."
Harper's Bazaar
April 1968
Photography: Guy Bourdin 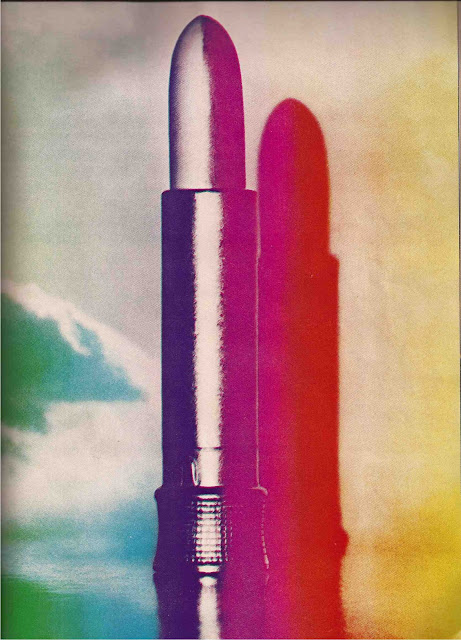 the
mirror
is
the
message

Helena Rubinstein "Elec-Tricks" - Pure color on one side, frosty shimmer on the other.

"Beauty is sight and insight - maquillage a living art that reflects a woman within, changing herself at will just as primitive man varies his masque, dramatizing the many selves he wants to project." 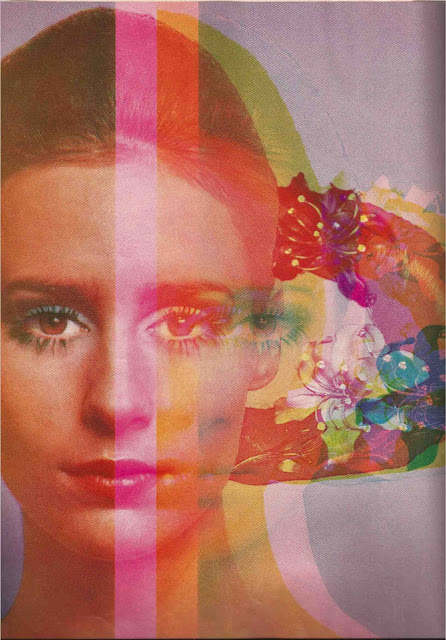 "Sure way to figure control: put the bathroom scales in front of a full-length mirror. Strip. Is what you see the best you can do? 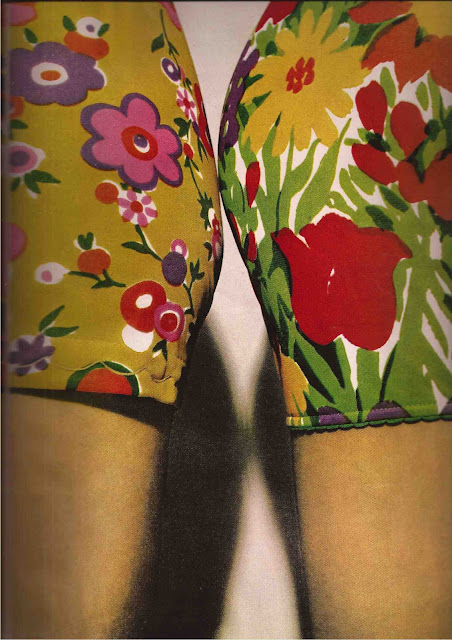 Flowers shape the body - the rediscovery of the paleolithic double-curve in pettipants by Deanna Littel for Warner's.

Pettipants became a hot item during the latter part of the sixties. The first "pettipant look" was introduced as eyelet or lace trimmed mid-to-full-length cotton bloomers worn under baby doll dresses or gypsy layers as shown on Jean Shrimpton in Vogue March 1969 - see below. The printed pettipants above dealt with ever-rising skirt lengths, insuring some modicum of modesty with style.
devo 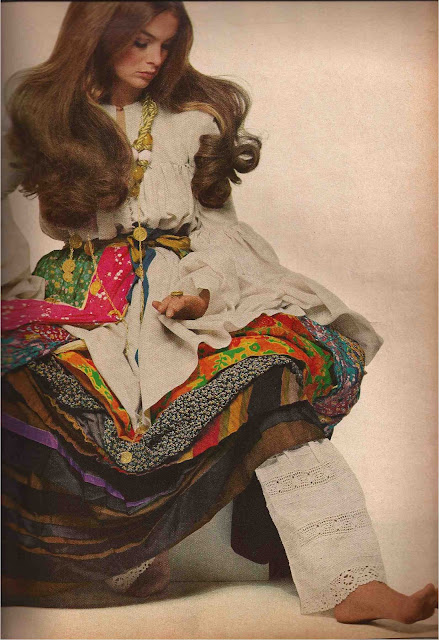 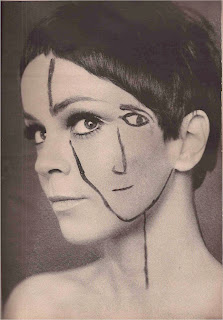 ... eye on the sixties at devodotcom
Posted by devodotcom-devocanada-femaleandfatal-vintimage at 7:13 PM