HAVE A NICE WEEKEND! 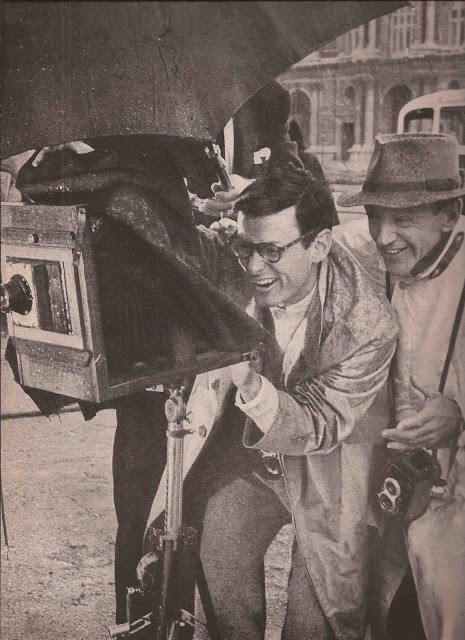 "RICHARD AVEDON poses with his alter ego FRED ASTAIRE, who will play the part of a fashion photographer named "Dick Avery," on the set of Funny Face, a musical film being made in Paris. Thirty-two-year-old Avedon, wunderkind of the fashion world (he has been photographing for Harper's Bazaar for twelve years,) was drafted as special visual consultant for the movie.  The title was adopted from a Broadway musical in which Fred and Adele Astaire danced in the twenties; the old Gershwin score is intact and embellished with a few new tunes; the plot is spanking new, eternally old.  Audrey Hepburn, that prototype of all slim-as-a-pencil, elfin-faced models, is the girl whom Dick Avery loves and loses and lives another day to love again."

Above The Crowd
Harper's Bazaar 1956
Photography: David Seymour
Posted by devodotcom-devocanada-femaleandfatal-vintimage at 6:56 PM