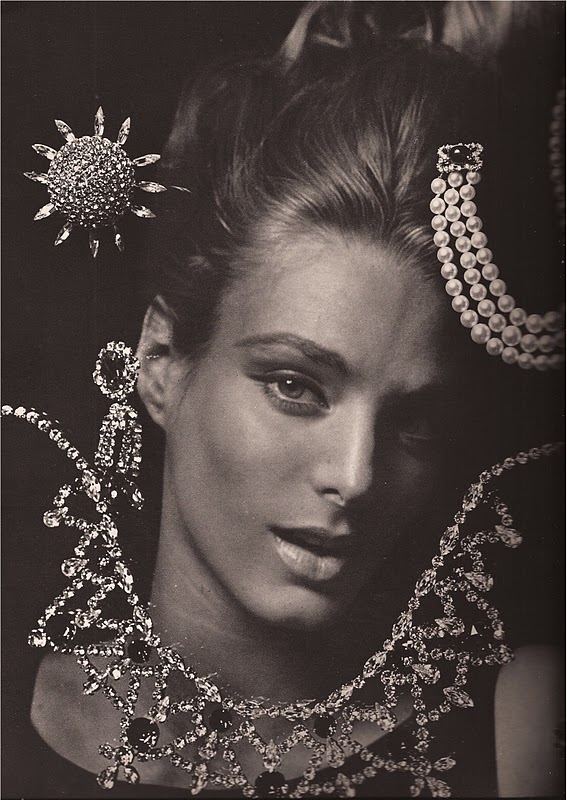 During the thirties, Roger Jeanne-Pierre was sales manager at the Roger Model and Jean Clement ateliers. As well as designing accessories, he was given the diplomatic task of managing all daily contacts with designer Schiaparelli whom he collaborated with easily. With a reputation for a style imbued with rare elegance, Jeanne-Pierre became director of Maison Francis Winter collaborating with the world’s greatest couturiers. He worked on jewelry and accessories for Balenciaga, Gres, Balmain, Lelong, and Dior.
Roger Jeanne-Pierre left Maison Francis Winter to open his own Paris atelier in 1960. He continued to design for Dior and Balenciaga as well as selling his own signature pieces to Saks, Bergdorf Goodman and Neiman Marcus. He advised Coro on the Vendome line for five years and, in 1976, at the age of sixty-five, bowed out of the business.
Collections
Automne Hiver  1963-64
Photography: Jean Louis Guegan
Posted by devodotcom-devocanada-femaleandfatal-vintimage at 4:10 PM