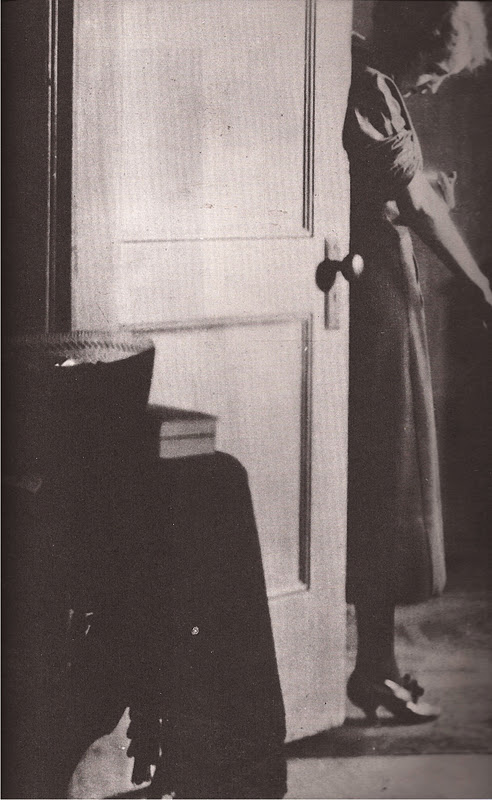 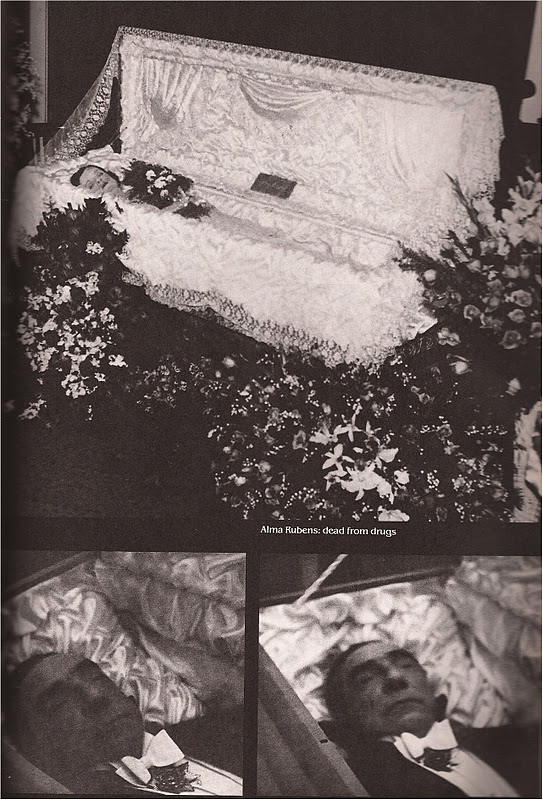 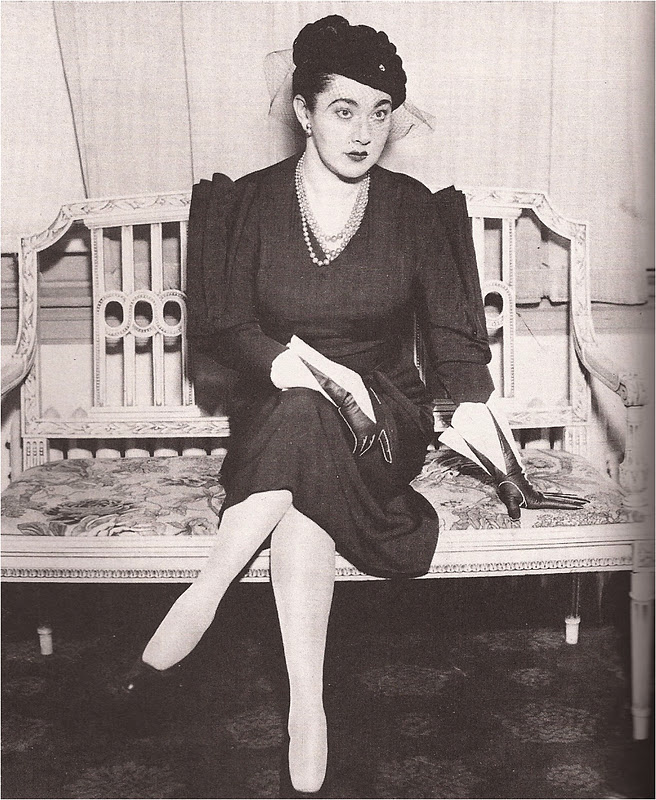 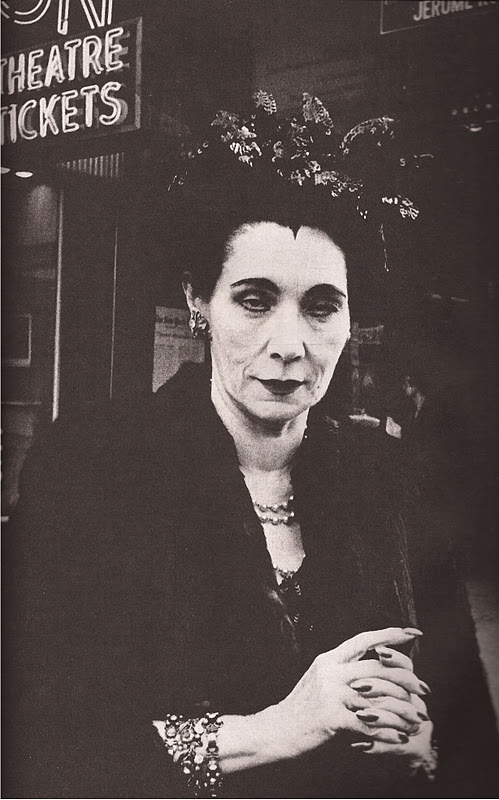 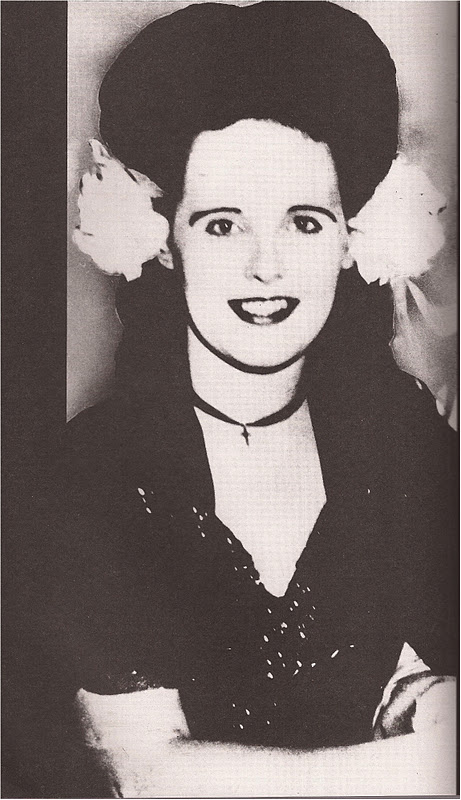 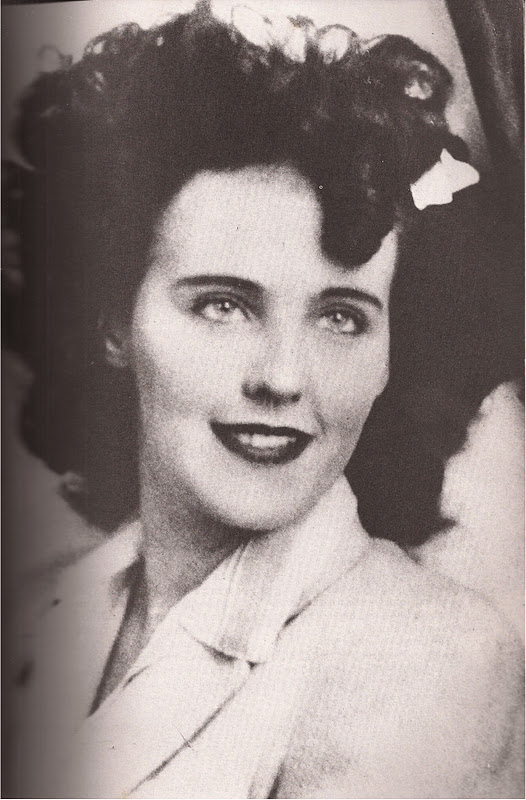 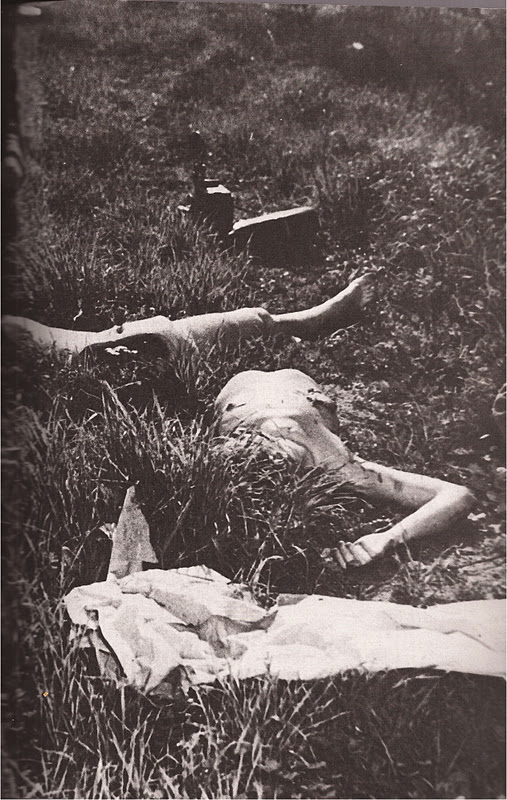 STILL LIFE IN THE GRASS 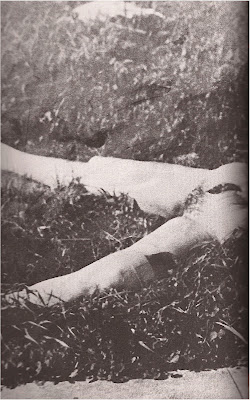 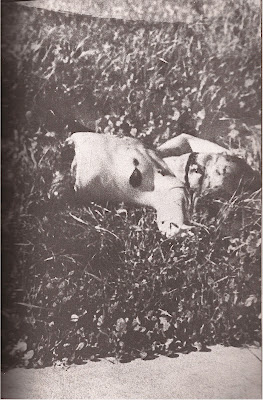 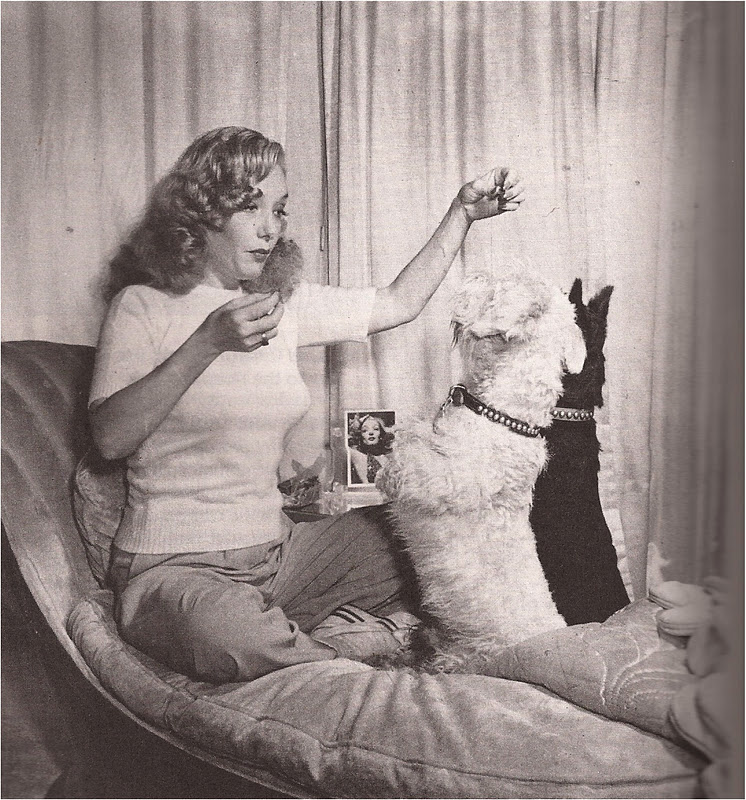 “One of Hollywood’s livest wires, married Tarzan, Johnny Weissmuller in 1933, and after their divorce, went through a small army of lovers. Her career hit the skids. In 1944, deeply in debt and pregnant by her most recent lover, Lupe staged her last night on earth with care. She ordered a huge mass of flowers, invited her girlfriends for a Last Supper, and then, at 3:00 A.M., alone in her bedroom chock-a-block with gardenias and tuberoses, gowned in silver lame Lupe penciled a farewell note to the father of her fetus. Swallowing seventy-five Seconal, she lay down on the bed, hands clasped in prayer for her final pose. The Seconal did not go down well and Lupe left behind a trail of vomit from the bed to the bathroom where she was later found having plunged headfirst into the toilet after slipping on the bathroom tiles. 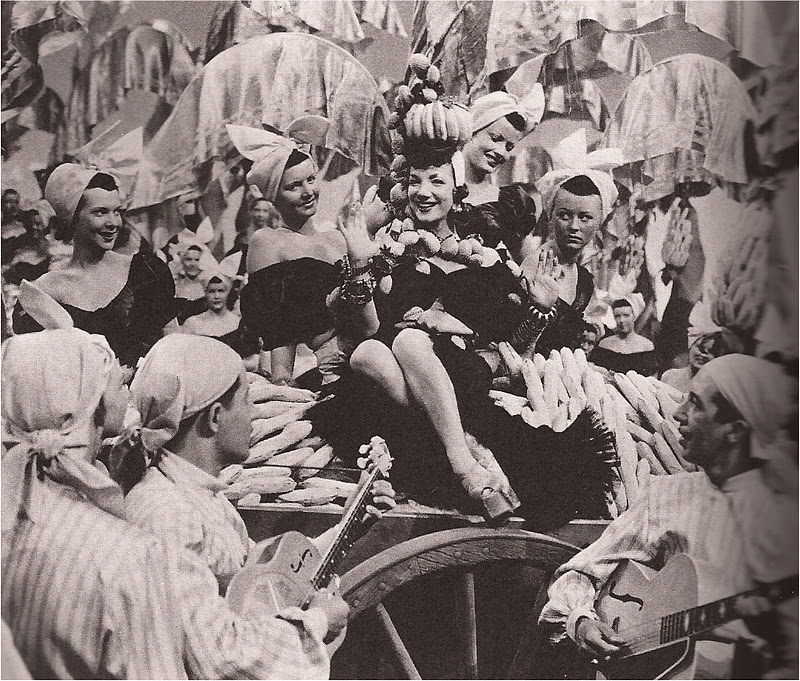 CARMEN MIRANDA
"Kept her cocaine in a secret compartment in her platform shoes." 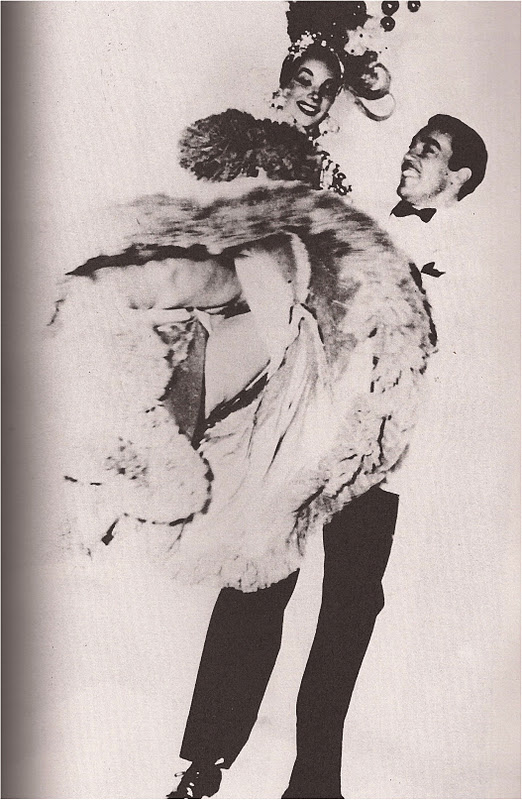 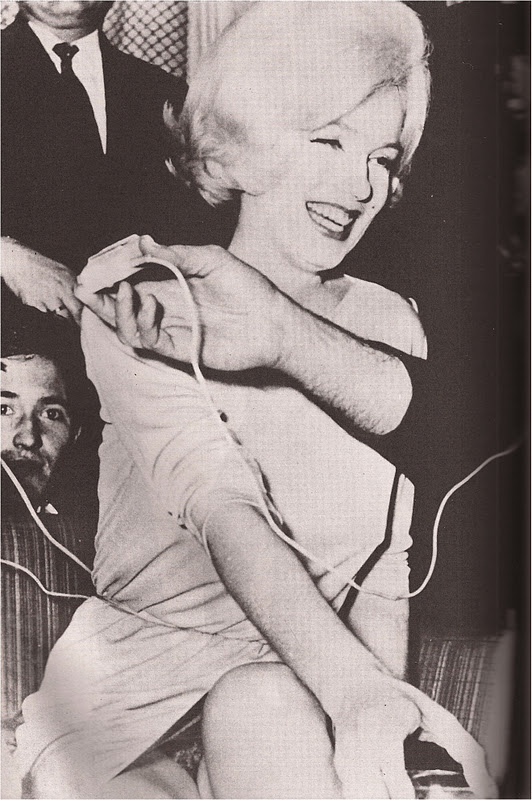 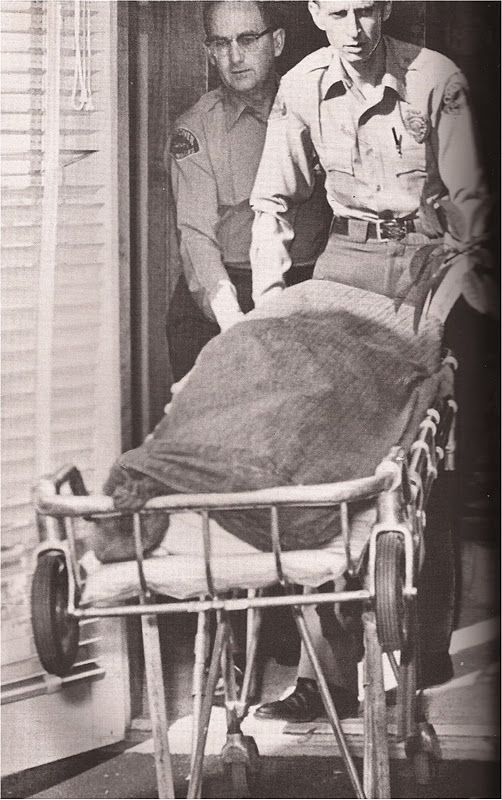 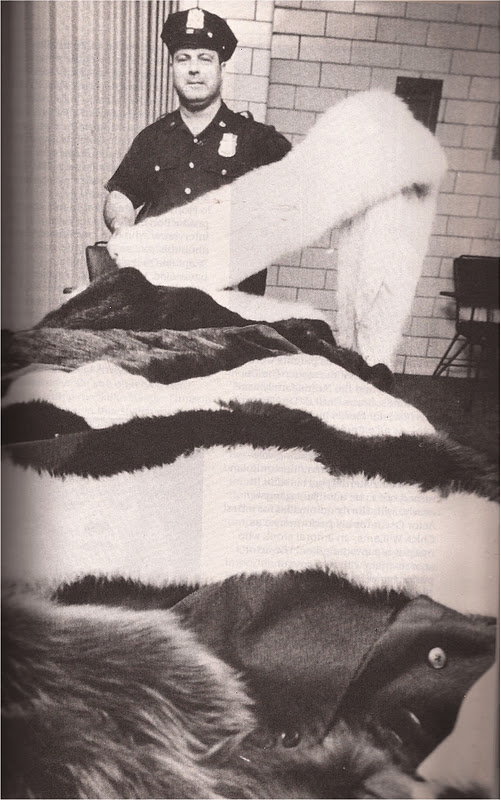 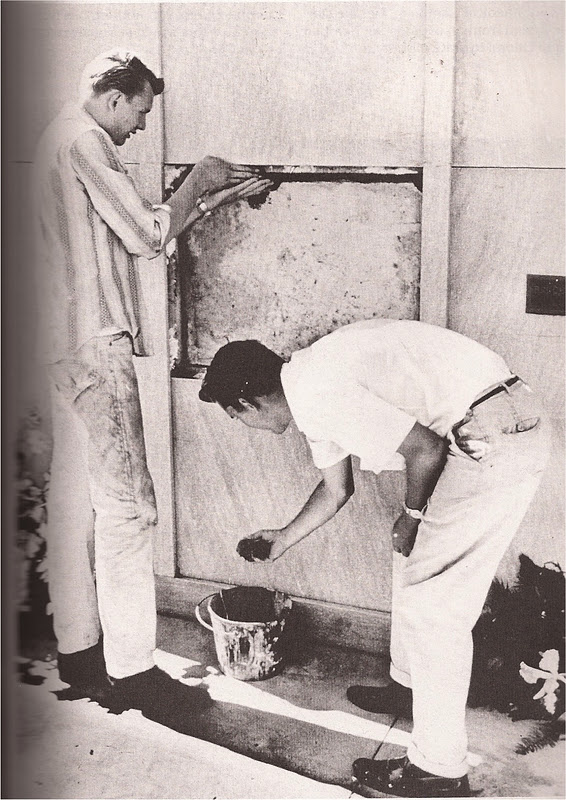 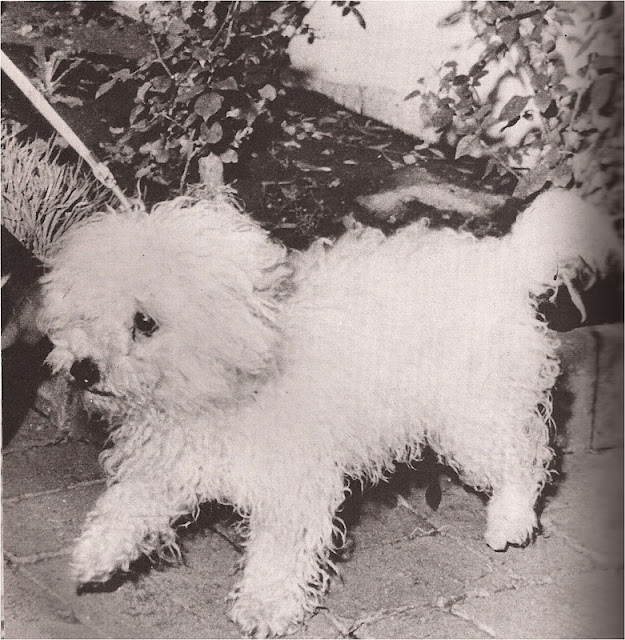 MARILYN'S POODLE, JEWEL, IS REMOVED BY THE POLICE 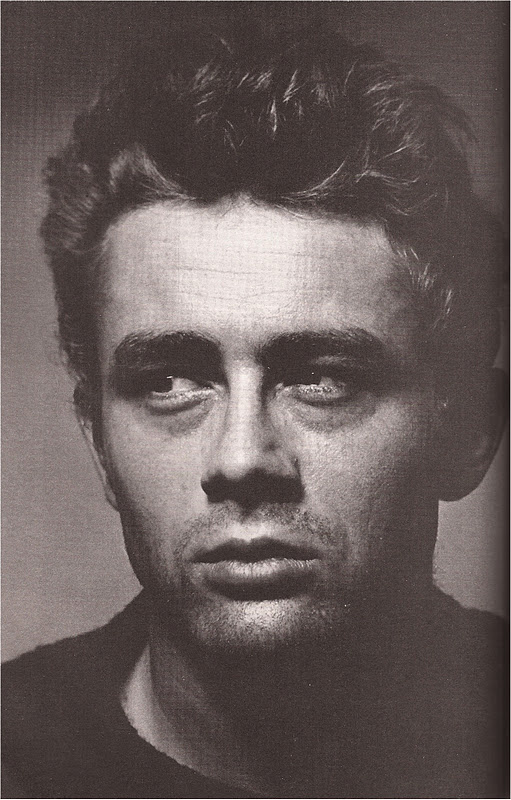 JAMES DEAN
“During production of Rebel Without a Cause, James Dean was host to a thriving colony of crabs. Director Nicholas Ray, amazed at his stars unconversance in such manners, dragged Dean off to a Burbank drugstore and treated him to a bottle of pungent crabocide. Dean had taken to hanging out at the Club, an east Hollywood leather bar. The predatory night crawler, who dug anonymous sex, had recently discovered the magic world of S and M. He had gotten into beating, boots, belts, and bondage scenes. Regulars at the Club tagged him with the single moniker: the Human Ashtray. When stoned, he would bare his chest and beg his masters to stub out their butts on it. After his fatal car crash, the coroner made note of the ‘” constellation of keratoid scars”’ on Jimmy’s torso.” 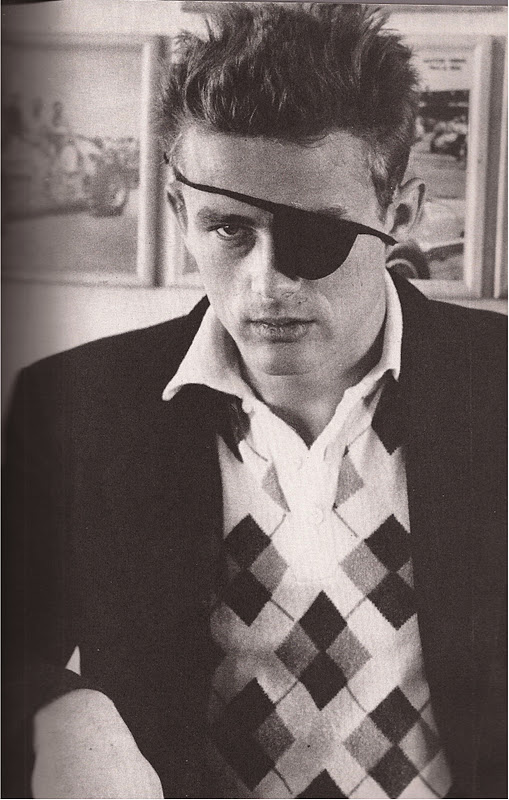 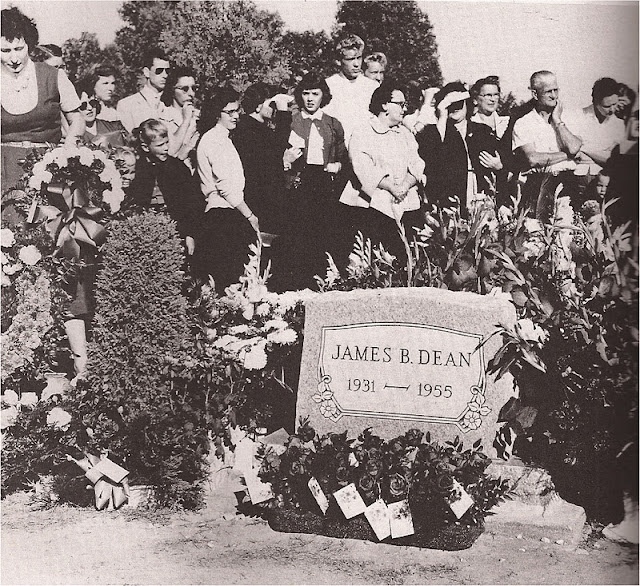 
FROM THE ARCHIVE
devodotcom posts on Marilyn Monroe


Posted by devodotcom-devocanada-femaleandfatal-vintimage at 9:50 PM