THIS IS A MAN'S WORLD 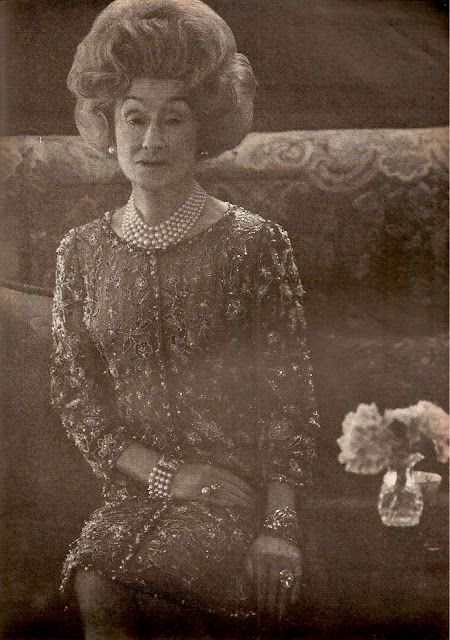 "When this portrait of a society lady was published in Harper's Bazaar, the feature writer's text for the image noted: "Mrs. T. Charlton Henry … weighs a fragile, feminine ninety pounds, but moves through life like a Trojan." Although Mrs. Henry—with her jeweled dress and formidable helmet of hair—may have been an atypical Arbus subject, the photographer employed her trademark classical style to capture the power and poignancy of this wealthy upper class woman in the elegant confines of her milieu."

The Metropolitan Museum of Art 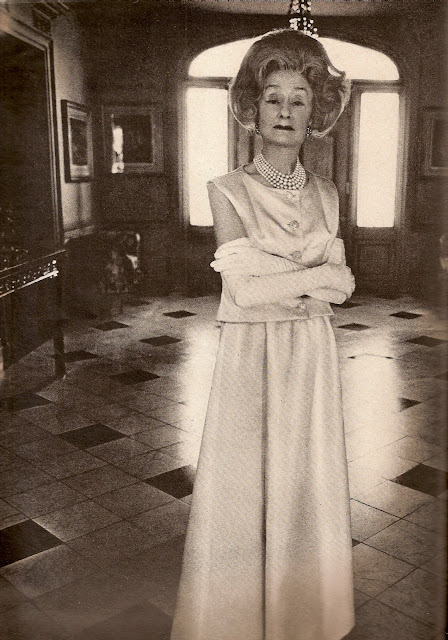 Mrs. T Charlton Henry in her Library in Balenciaga

"Mrs. Henry knows more about George and Martha Washington than most of us do about our best friends.
At one of her famous little lunches, she may serve crab soup with sherry, from Martha Washington's own recipe."

Mash hard-boiled eggs with fork, add to butter, flour and a little pepper. Bring milk to a boil and pour it gradually on to the well-mixed paste of eggs, etc. Put over a low fire, add the crabmeat and allow to simmer for 5 minutes. Add the cream and bring to a low boiling point. Add salt, sauces and sherry and heat through but do not boil after the sherry has been added. 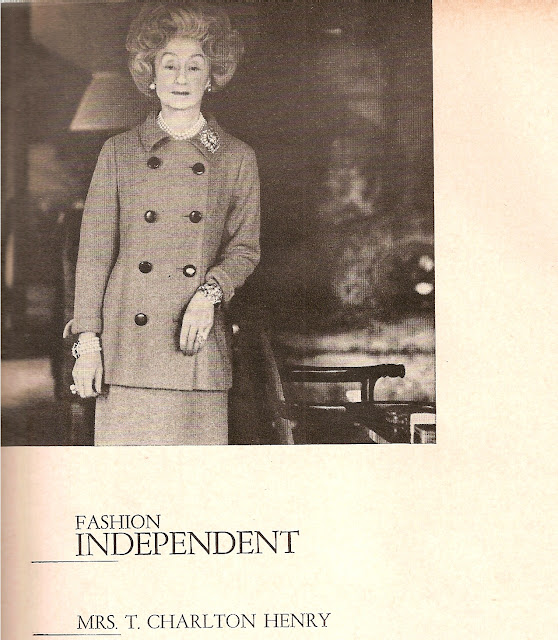 "The heart of the former Julia Rush Biddle of the famous Philadelphia Biddles is torn between Main Line and France. She passed much of her childhood in Brittany was schooled in Philadelphia and was married in 1910 in Chestnut Hill, where she still lives, to a lawyer-yachtsman who became a World War I hero.

A lover of fine clothes and a devoted walker, she is trim and doll-like and has been named to the Best-Dressed Hall of Fame. She is fascinated by all that goes on, from, scuba diving to the moon race."

On the third floor of her house, there are three rooms full of clothes racks, in which each ensemble hangs in its own wrapper, together with gloves, shoes and handbag, This enviable passion for organization structures her life - and inspires her friends. 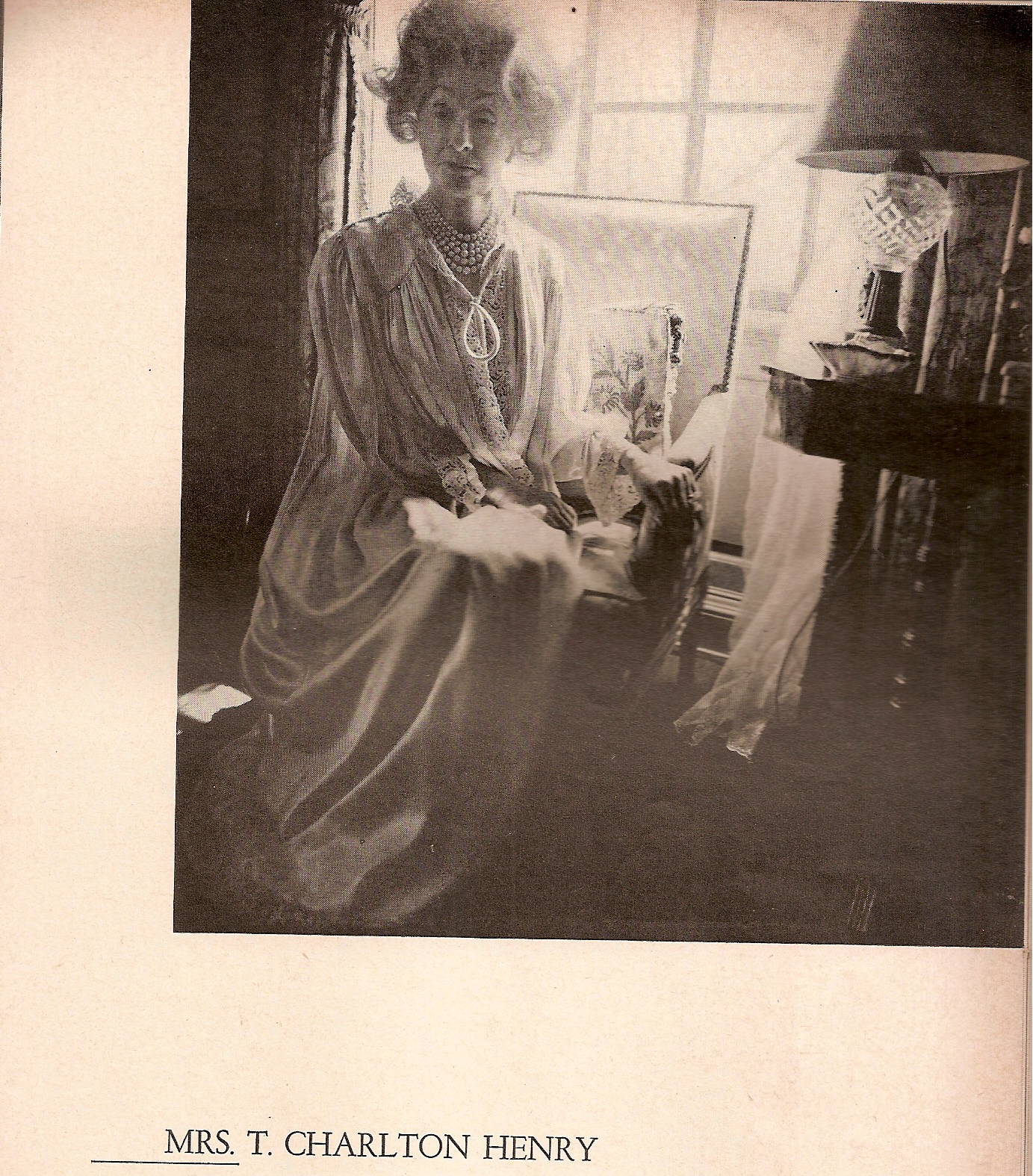 She retires for the day, but not too early, in an audaciously feminine robe of pink satin, dripping with lace. Mrs. Henry - who isn't - loves to feel helpless. She was brought up to believe "It's a man's world" And she confesses larkily, without apology, "I love it that way."