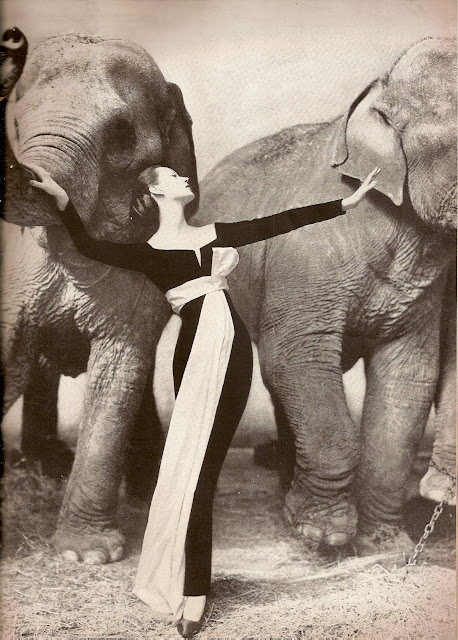 “Dovima with elephants, evening dress by Dior, Cirque d’Hiver, Paris, France, 1955” was an image Avedon himself used for many years in his personal portfolio as a fashion photographer. The gown was designed by Dior apprentice, Yves Saint Laurent, a gifted young Algeria-born designer who joined Christian Dior's design team in 1955, as a star graduate of the Chambre Syndicate Fashion School.


The Now Iconic Photograph at Auction:

At auction on October 10, 2005, a high of $180,000 was realized at Christies 20th Century Photographs The Elfering Collection. In April, 2008, the image sold for $43,000 at Christie’s auction of “Photographs From The Collection Of Gert Elfering” - and at a future Christies auction, Christies Photographs, on March 31, 2009 the same image sold for $116,500. Less than two-years later, in November 2010, the image would fetch an astounding $1,148, 910 from fashion's House of Dior.  The winning bid at Christie's Paris more than doubled the previous Avedon auction record of $457,000 paid for "Marilyn Monroe, May 6, 1957, New York City," at Sotheby's "The Quillan Collection of Nineteenth and Twentieth Century Photographs." 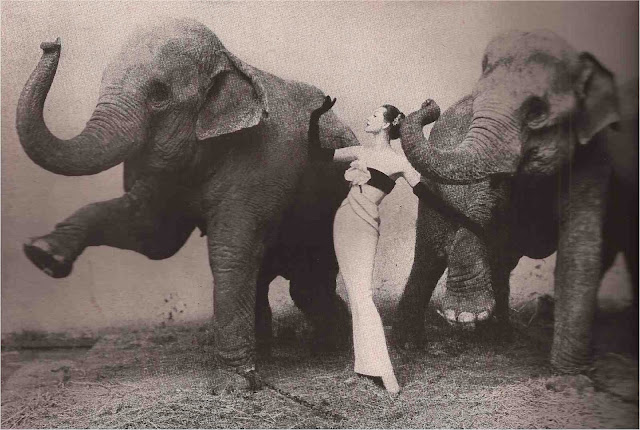 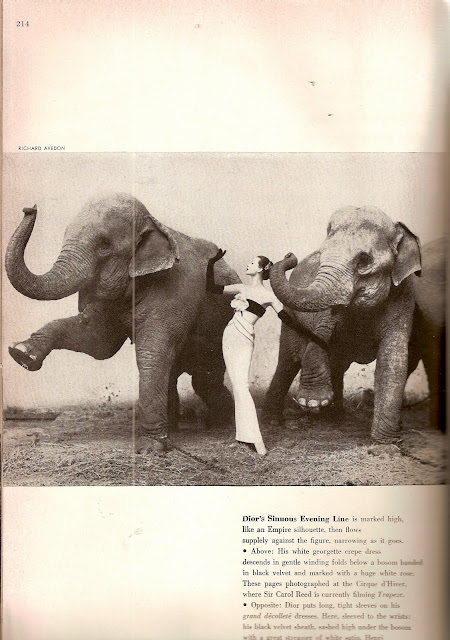 About German Art Collector Gert Elfering - German collector Gert Elfering is the founder of the Camera Work Gallery in Berlin. A photographer himself, he accrued the definitive collection of beauty, fashion, and high-style editorial photography creating a masterful assemblage of great post-war works. Christie’s has offered, at past auctions, many of the masterpieces from his extensive collection. 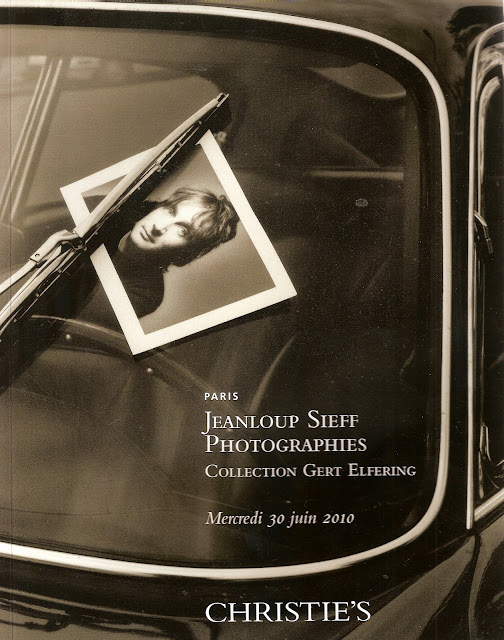 
Returning to the Harper’s Bazaar issue for September, 1955; it is a tribute to the sharp design eye of art director Alexey Brodovitch, whose twenty-five years at Harper’s Bazaar make him a key figure in editorial design history. Timeless in its style, his touch is evident throughout – and his mentorship to younger, newer talents appears through the many pages of Richard Avedon fashion photographs and illustrations by Andy Warhol – whose work is on five editorial pages. 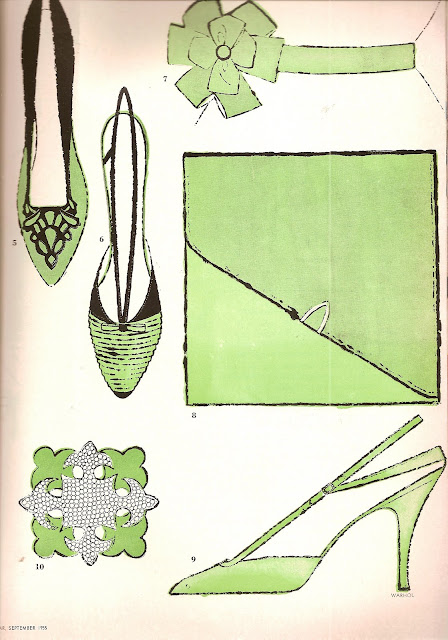 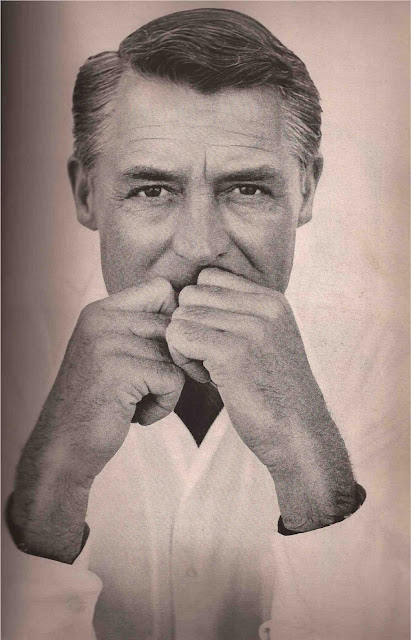 Also photographed by Avedon, is the great Indian dancer Shanta Rao, who composes her dance for his camera’s eye. 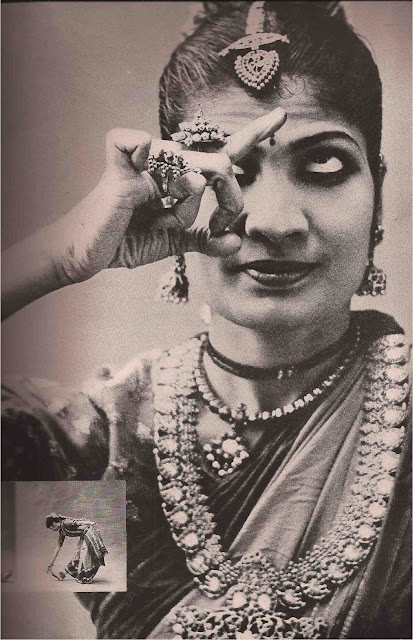 The issue swells with the top models of the fifties. Dovima; Jean Patchett; Sunny Harnett; Anne St. Marie; Suzy Parker – all are featured or represented in the classic advertising that supports this fall volume.

More photographs and contents may be viewed at ebay store devocanada

FROM THE ARCHIVE
devodotcom posts on Dovima

Posted by devodotcom-devocanada-femaleandfatal-vintimage at 6:22 PM