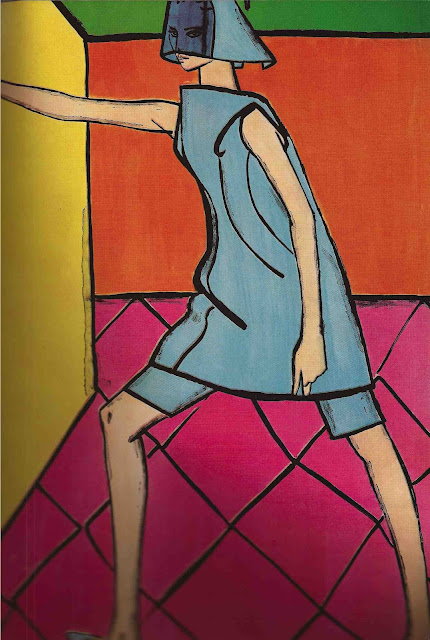 Cropped bristol blue linen , a tunic alive with shaping arches near the figure in front, frees to a plumb line in back; stopping just above crisp knee shorts. 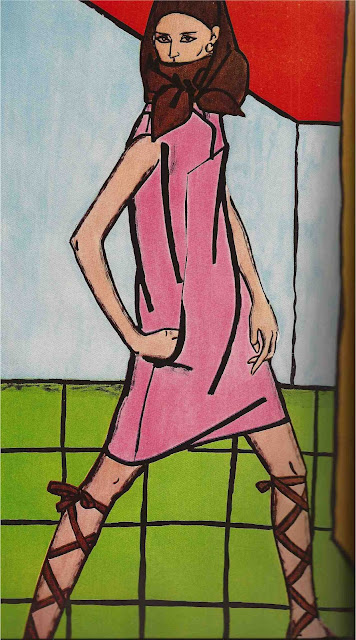 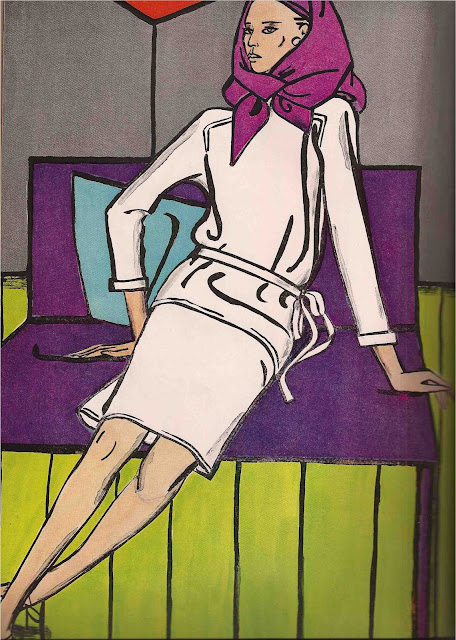 Long pull over the torso settles into a white tunic tied lazily over the merest skirt - both outlined with bias piping. 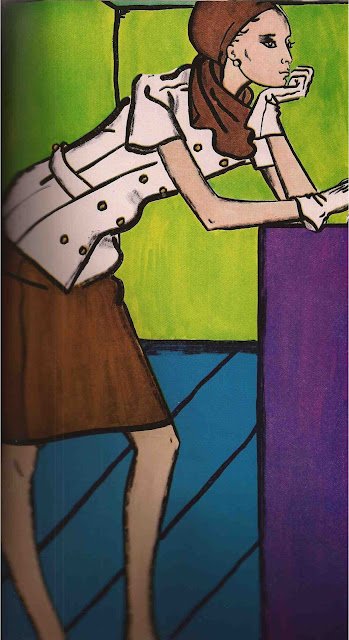 Lengthened jacket, a crackle of white shining with brass buttons quickened with brief sleeves and diminishing skirt in nutmeg brown, cropped to a new abreviation. A scarf-tied blouse matches the skirt. 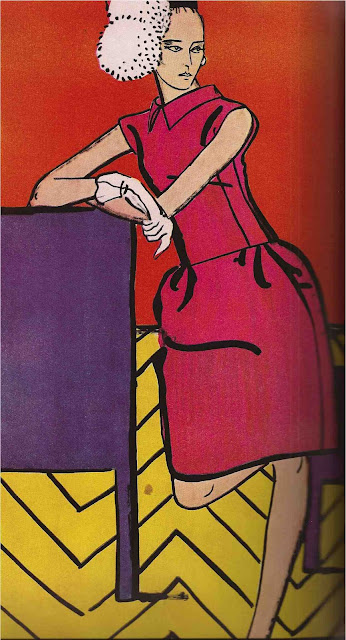 Miniature dress, a curve of grenadine Moygashel linen moves with on-the-bias shaping to a dropped waist, then springs out to apple roundness skimming the knees high. Hat by Halston 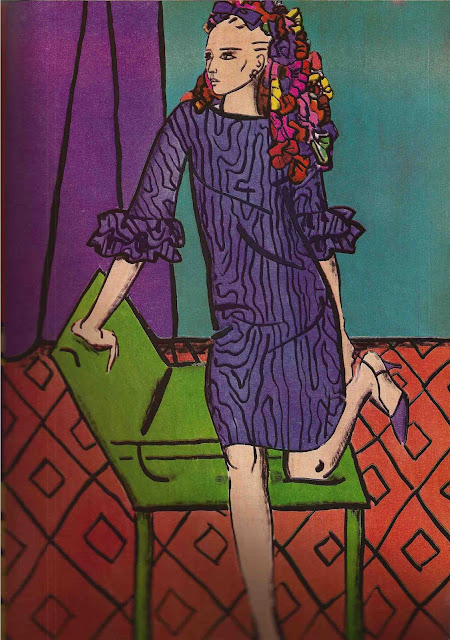 Tiny and ruffled, a ripple of violet blue silk moire slides in a slim shimmer to the shorter-than-short skirt. Cascading hat by Christian Dior - New York. 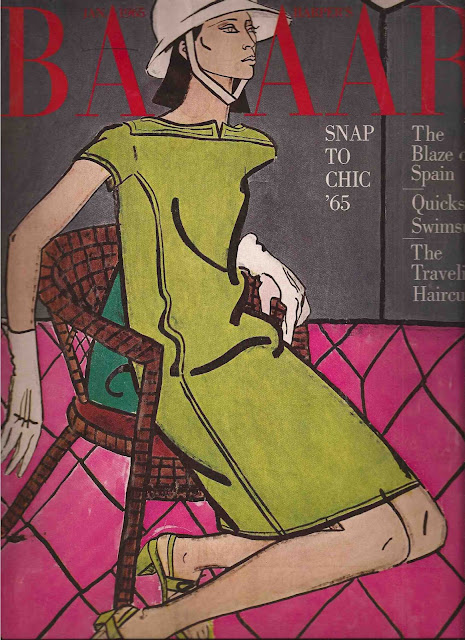 Known for the bold, poster-like quality of her  illustrative art, Katharina Denzinger has been a leading fashion illustrator since arriving in America from Germany is 1962.  As a young woman, she studied at the Academy of Fine Arts in Berlin learning fashion design and illustration while simultaneously modelling at the fashion house of Lindenstaedt and Brettschneider where she became Assistant Fashion Designer. The design element of her studies lent her the benefit of understanding the  structure and flow of the garments she would go on to illustrate.

Ultimately drawn to New York, the centre of fashion magazine publication, Denzinger initially found work as a designer for a Seventh Avenue manufacturer and spent her lunch hours drumming up illustration assignments. In short time she was working exclusively as a freelance fashion illustrator.

It was at Harper's Bazaar, under the tutelage of art director, Marvin Israel, that Denzinger flourished and established a reputation  as one of the most recognized fashion illustrators of the sixties.

The January 1965 cover illustration of the model, Donyale Luna, was the first time an African American model graced the cover of an American fashion magazine. It also marked the first time in twenty years Harper's Bazaar used an illustration rather than a photographic image on its cover. Below is one of Denzinger's works from the September issue of the same year. Her assignment was to join Jean Shrimpton and Richard Avedon at the Paris Collections and create the fall collection report. More from that issue can be seen at the devodotcom blog post for April 8. 2011.

Posted by devodotcom-devocanada-femaleandfatal-vintimage at 11:38 AM

Stunning illustrations. I had seen the cover with Miss Luna but never the feature. Thanks for posting