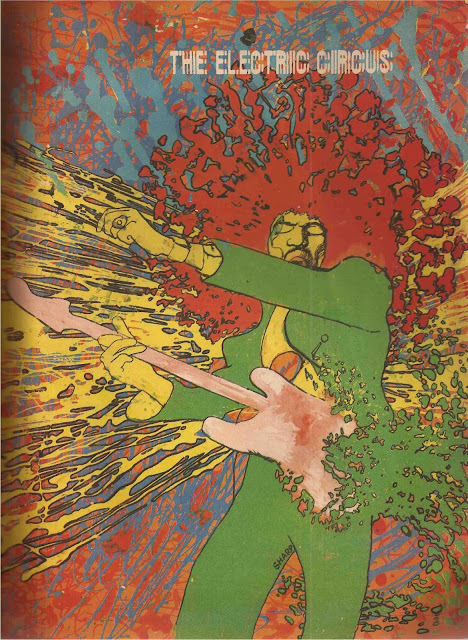 Sixties' Underground cartoonist Martin Sharp is known as Australia's foremost pop artist and no small contributor to the changing cultural scene of the sixties. Sharp co-wrote British supergroup Cream's "Tales of Brave Ulysses," and created the cover art for Disraeli Gears as well as a host of other cover and liner artworks. He was also a big fan of Tiny Tim whose music can be heard as the soundtrack on the National Portrait Gallery of Canberra's "The Artist's Notebook: An Interview with Martin Sharp."

An inveterate collector like Warhol, Sharp compares  his collectibles to a notebook -  there for him to observe, review and draw inspiration from. And, like all collector's, Sharp is continuously "trying to tidy up and sort things out." Says Sharp, "being an artist is all about tidying up." And "to tidy up you've got to make a mess."

Martin Sharp
Icon of the sixties 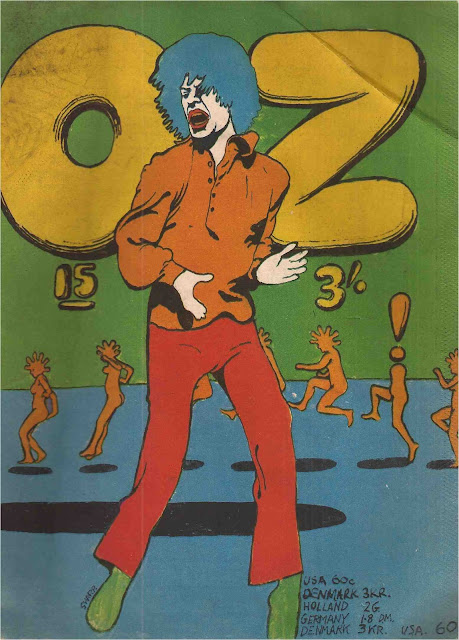 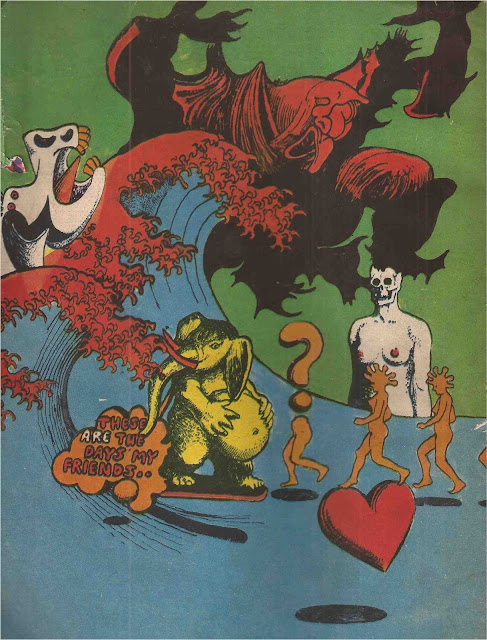 These Are The Days My Friends ..
OZ Magazine September 1968

The first Sidney edition of "OZ" was published on April Fool's Day, 1963. Martin Sharp was co-editor and art director. The satirical counter-culture magazine quickly took shots at racism, homosexuality, abortion, the Vietnam War, police brutality and censorship and, by the sixth issue, found its publishers, including Sharp, charged with two counts of obscenity and sentenced to prison terms. A public outcry ensued and the sentence was overturned upon appeal.

Continuously creating controversy, by late 1965, the magazine came under threat from Sidney's mafia sorts after publishing a "Top 20" hit list of local criminals. Sharp departed for London via Asia and, by early 1967, Oz soon found a new home as OZ London.

The story goes that one night, over a few pints in The Speakeasy, Sharp struck up a conversation with someone struggling with the lyrics to an arrangement he was working on. Sharp scribbled out the words to a poem of his on a bar napkin and added his phone number. The someone was Eric Clapton and the arrangement was for the flip side of "Strange Brew."  The Wah-wah pedal, under the deft administration of Eric "Smooth Hand" Clapton, created the sound that, when added to Short's lyrics begat an iconic song of the sixties. 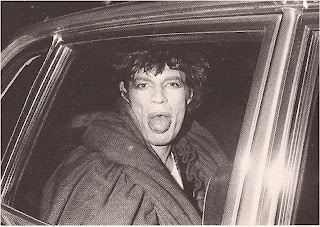 The sixties ... those were the days at devodotcom

Posted by devodotcom-devocanada-femaleandfatal-vintimage at 8:30 PM