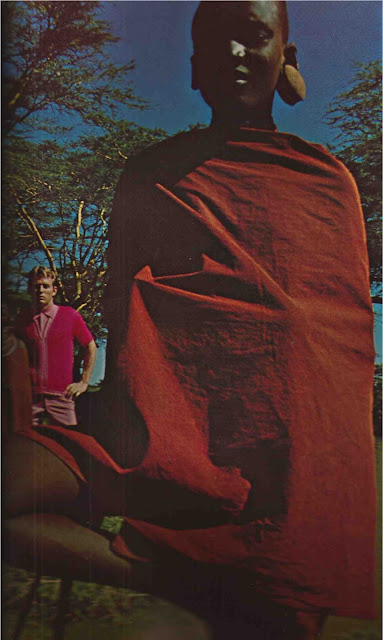 The young herdsman takes the traditional stance he maintains for hours when watching his goats, sheep or cattle. 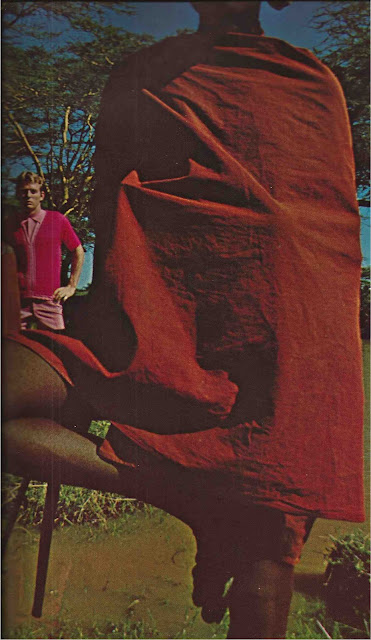 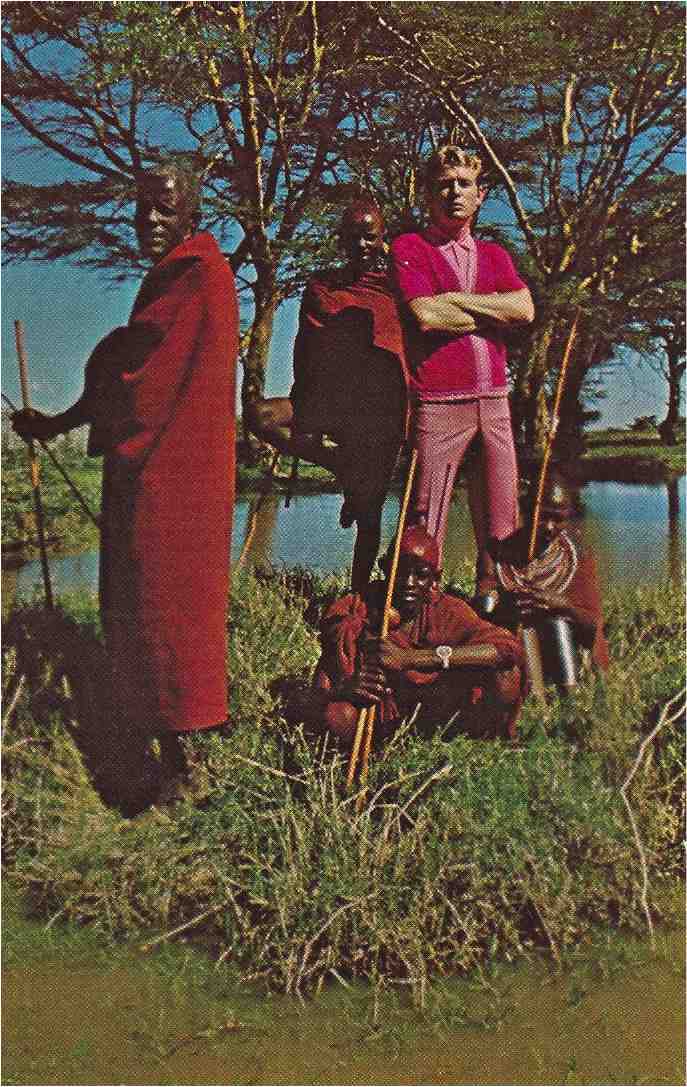 A nomadic people, the Masai build their manyattas - a group of thorn-bush enclosed low huts of brush and cow dung - wherever the land is rich for grazing, then move on to greener fields.  The emerald hills and blue skies of Maisailand - where giraffes, lions and other game are seen, hunted and photographed - provide a splendid background for sport shirts sporting the hot new pink and rose shades. 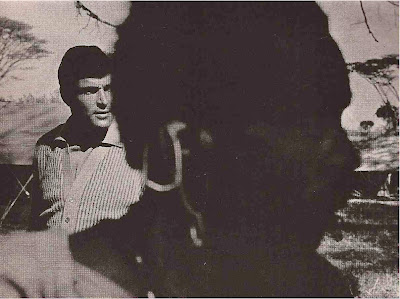 The Masai are a proud. dignified warrior people who no longer need fight: they now peacefully tend livestock, control the licensing of their vast hunting lands and largely ignore Westernization. 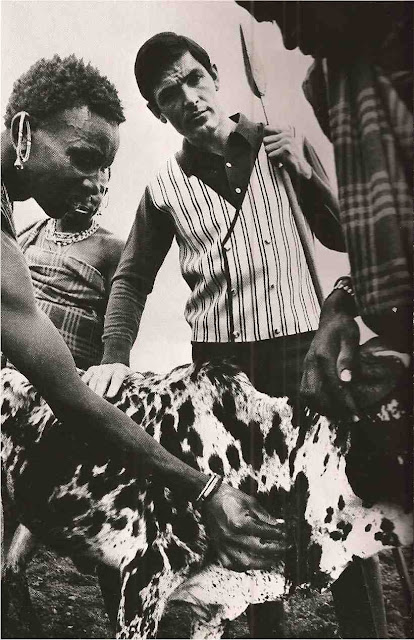 Centuries ago, when water was scarce, the custom of drinking blood - mixed with cow's milk - was adopted. The practice is still followed. The animal is not killed: instead, a leather thong is tied around the cow's neck, causing the jugular vein to bulge out. Then, with one Masai holding the animal, another gently shoots an arrow into the vein. When the arrow is pulled out, the blood flows into a gourd held under the vein: dirt placed on the wound stops the bleeding. 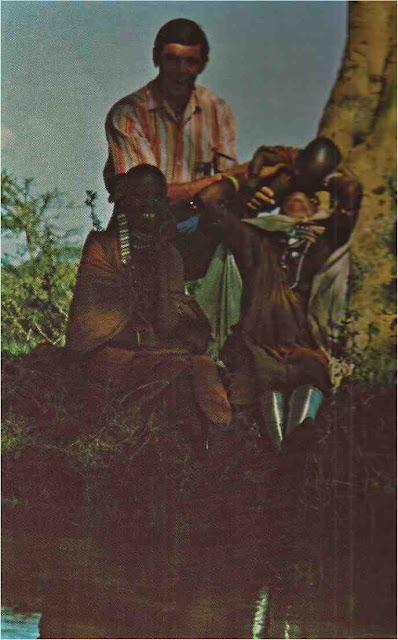 Massai children, in addition to having their two front lower teeth pulled (in case of lockjaw they still will be able to ingest food,) must also endure having their earlobes slit: wooden blocks are then inserted or heavy decorations hung from the lobes in order to stretch them. 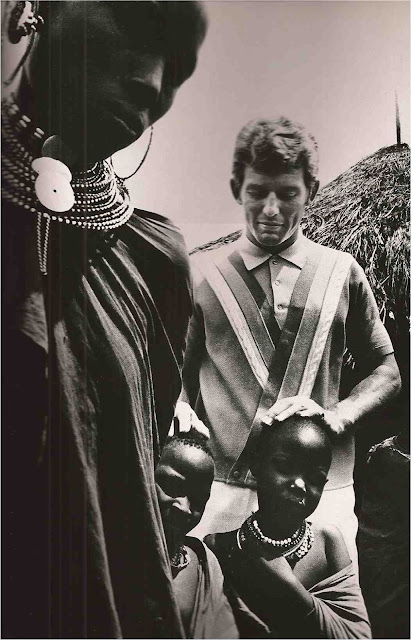 To the Masai this is a sign of beauty. 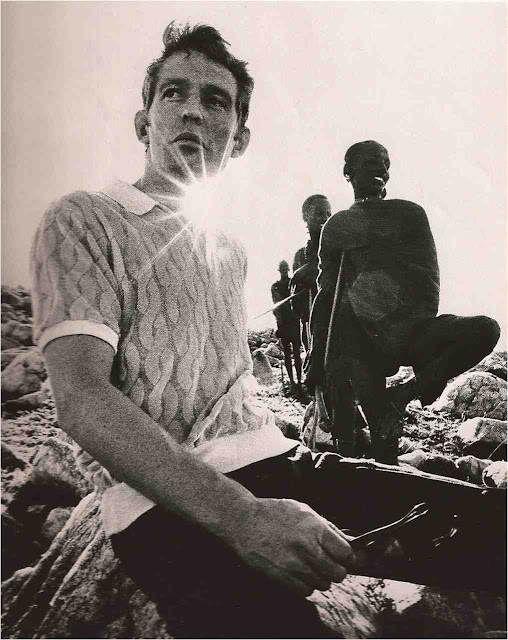 In the Loita Hills of the Masai Reserve, velour-like cables on a boucle-knit pullover by Monsieur Bernard.

Posted by devodotcom-devocanada-femaleandfatal-vintimage at 9:53 PM