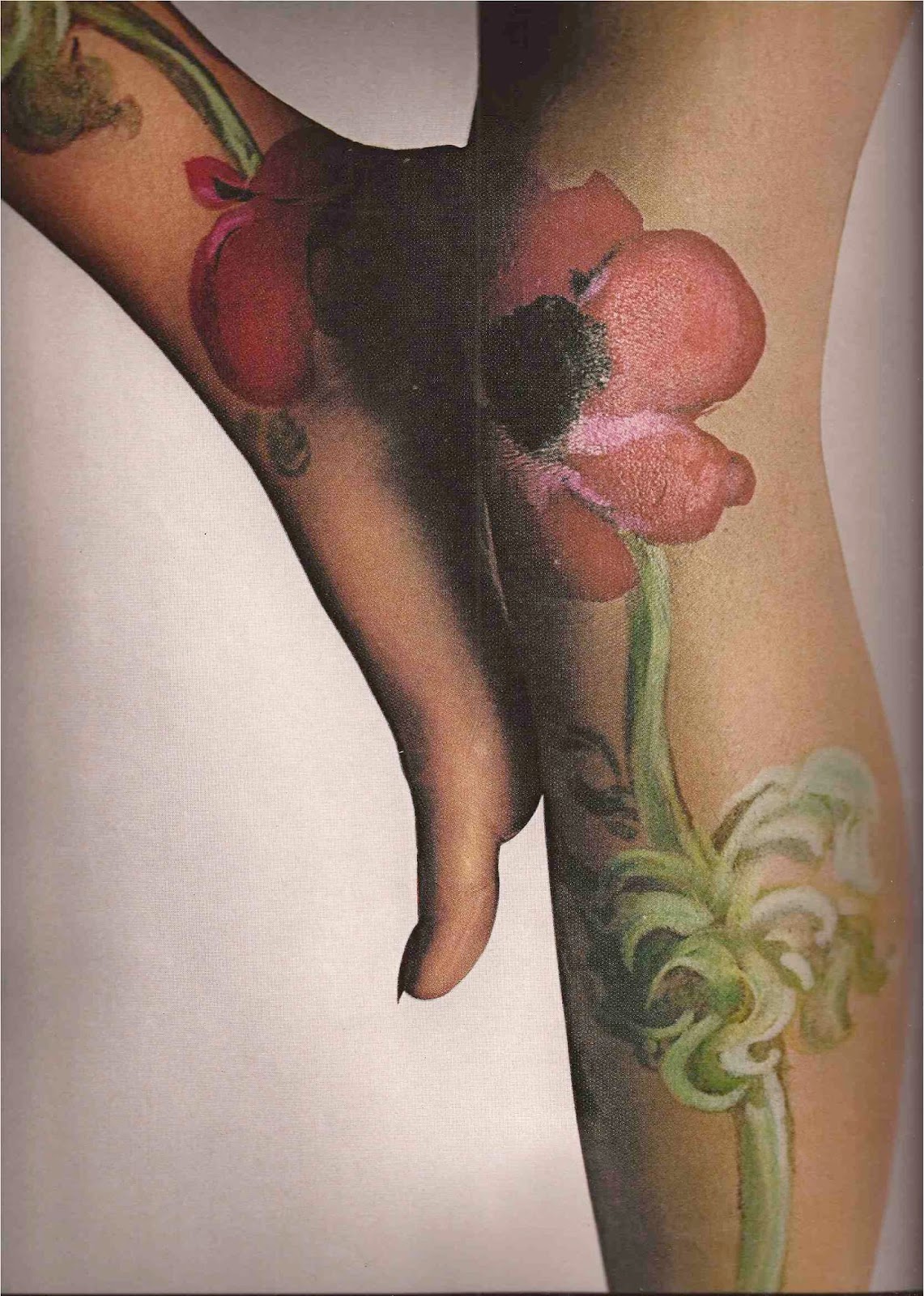 Bryan Ferry - The In Crowd

On The New York Art Scene 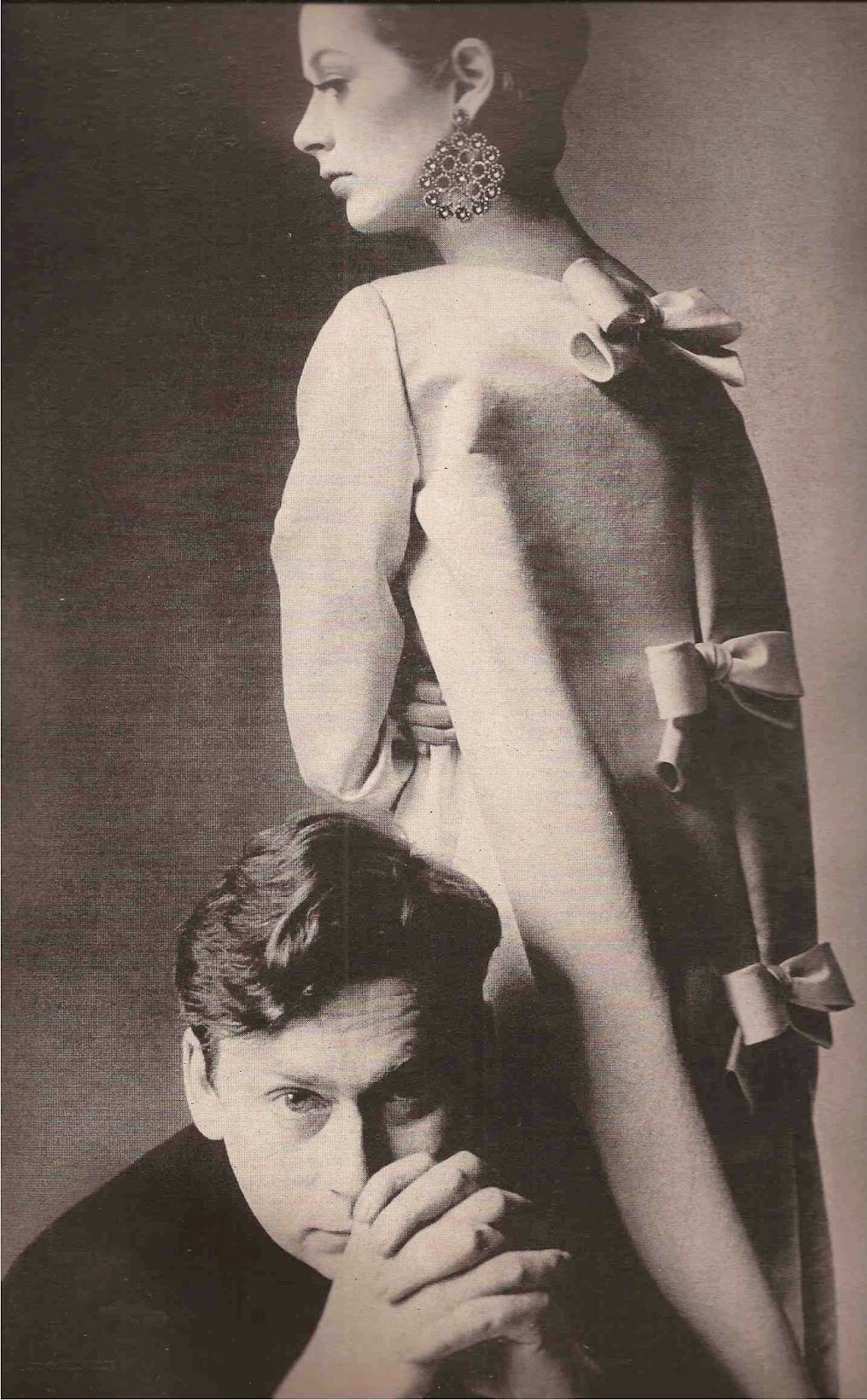 Spearheading the structuralist movement is Donald Judd. His sleek, dry, assertive boxes at the Castelli Gallery transcend geometric cliches and allusions to other objects. His wife, Julie wears a pink dinner tent by Teal Traina.

"The Formal, frontal, next-to-godliness clean painting of Ellsworth Kelly, pioneered by him in the 1940's, established Kelly as the artist's artist of today." Beside him, Judith Heidler, of the Sydney Janis Gallery wears a carved white silk satin dress by Mollie Parnis." 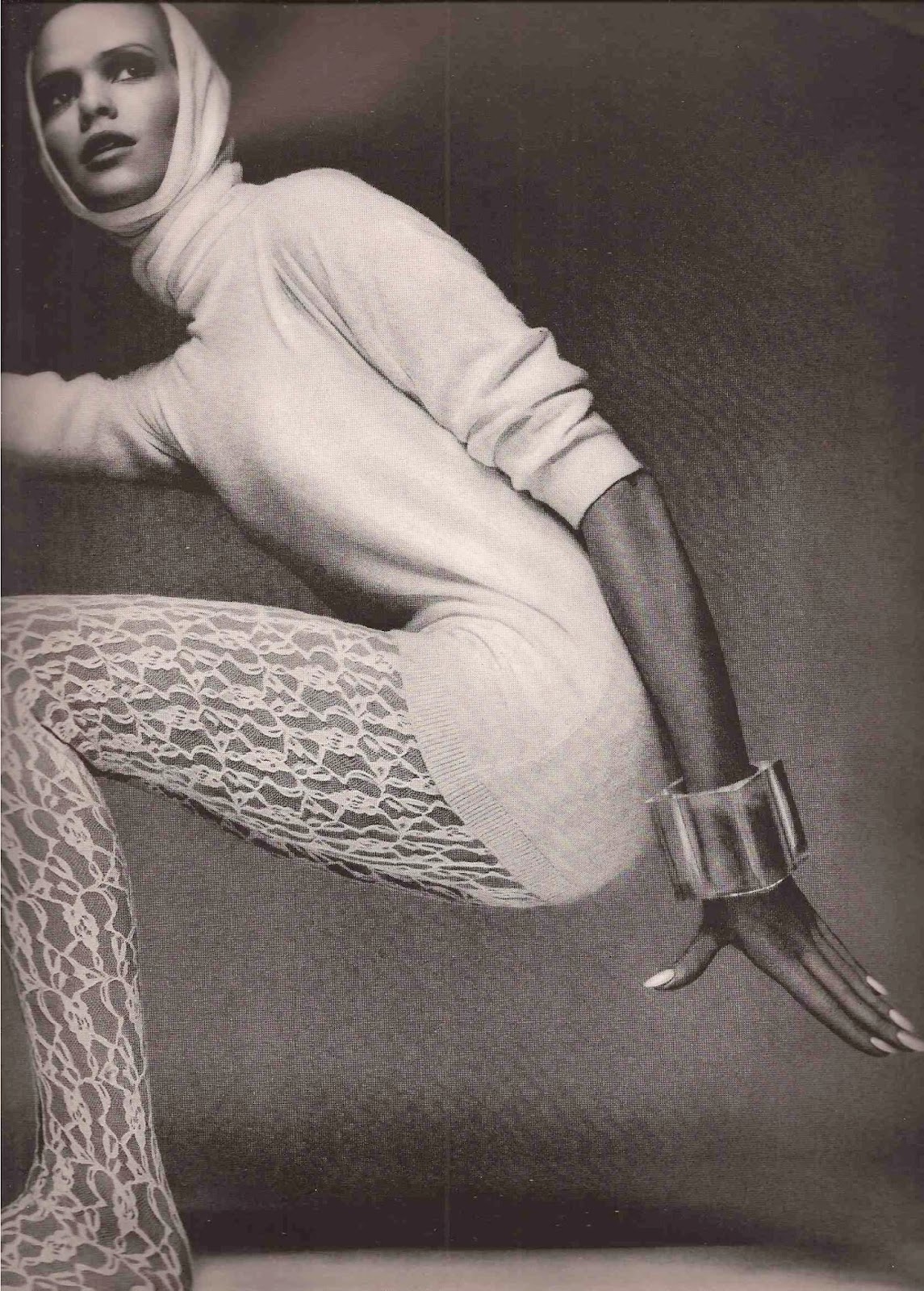 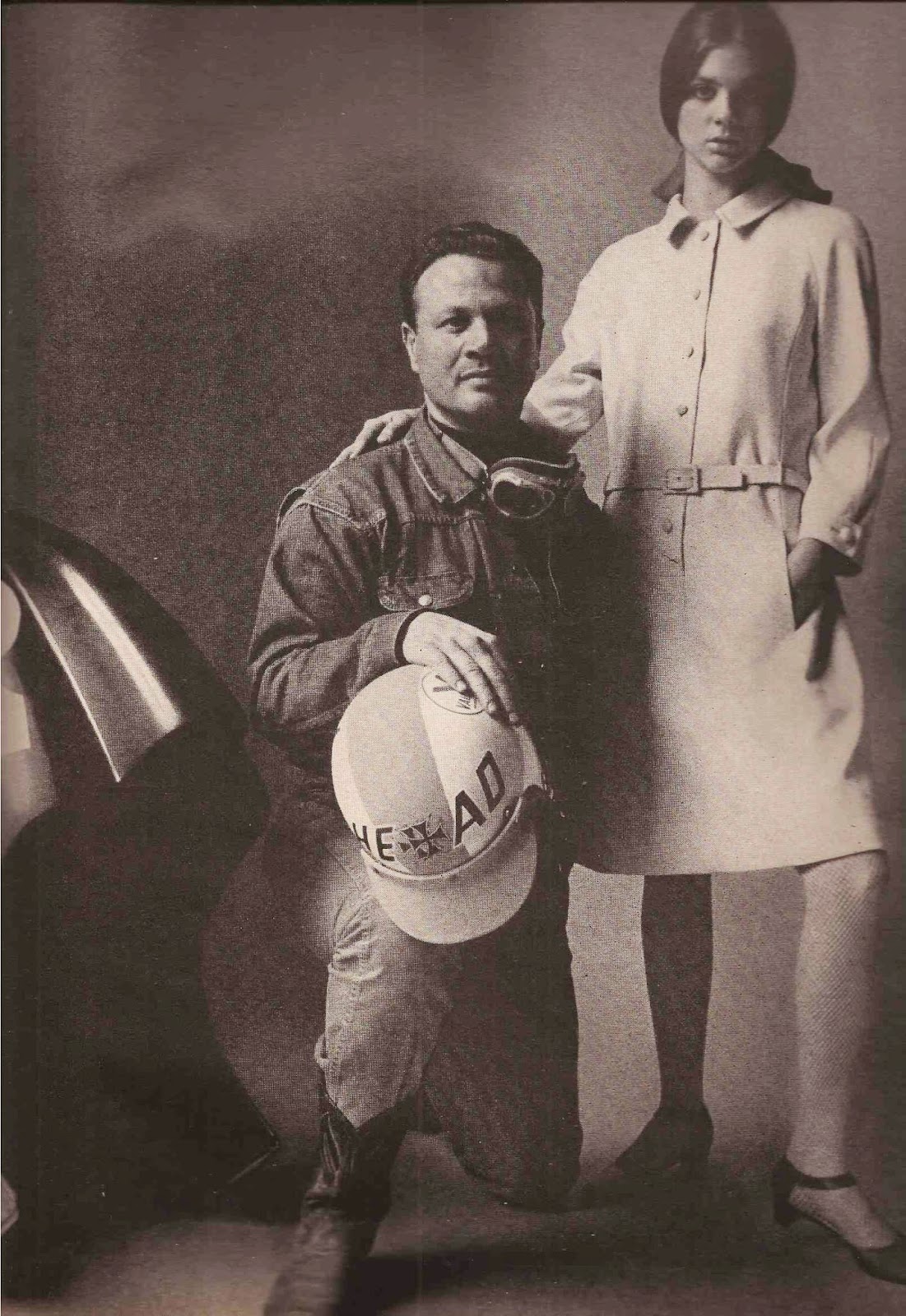 Salvatore Scarpitta's irrepressible racing cars gain aesthetic momentum in Leo Castelli's Gallery space, and from their tug-of-war with the walls. He considers himself a "square artist, as opposed to Pop,hip,cool. A racetrack is like a woman. The more beautiful, the more dangerous. You know that somewhere along the way, a man can meet the greatest or the most painful moment of his life."
Miss Susan Porter is photographed beside him in a softly-belted white wool crepe dress from Adele Simpson. 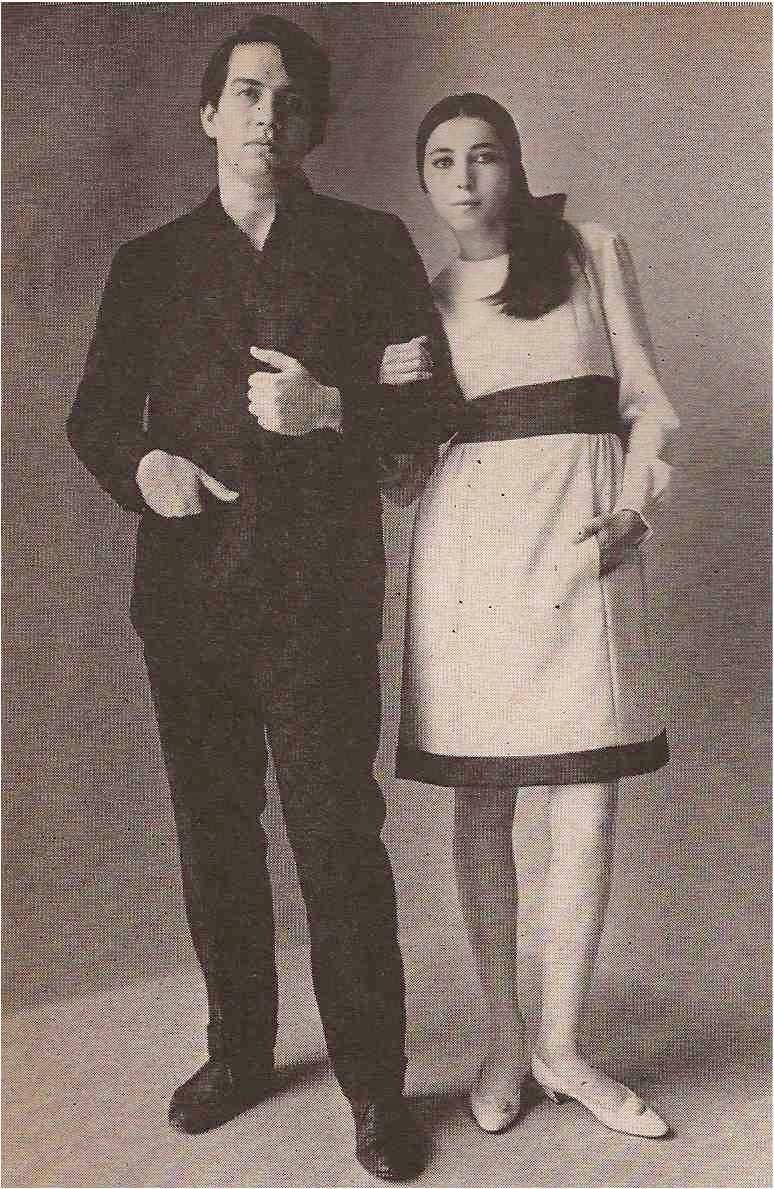 Enrique Castro-Cid's works can be outrageously loveable. Castro-Cid speaks with roisterous zest about Vesalius, Leibnitz, cybernetics. He and his wife Sylvia are an enchanting Chilean couple. His work is at the Richard Feigen Gallery.  Sylvia wears Chester Weinberg. 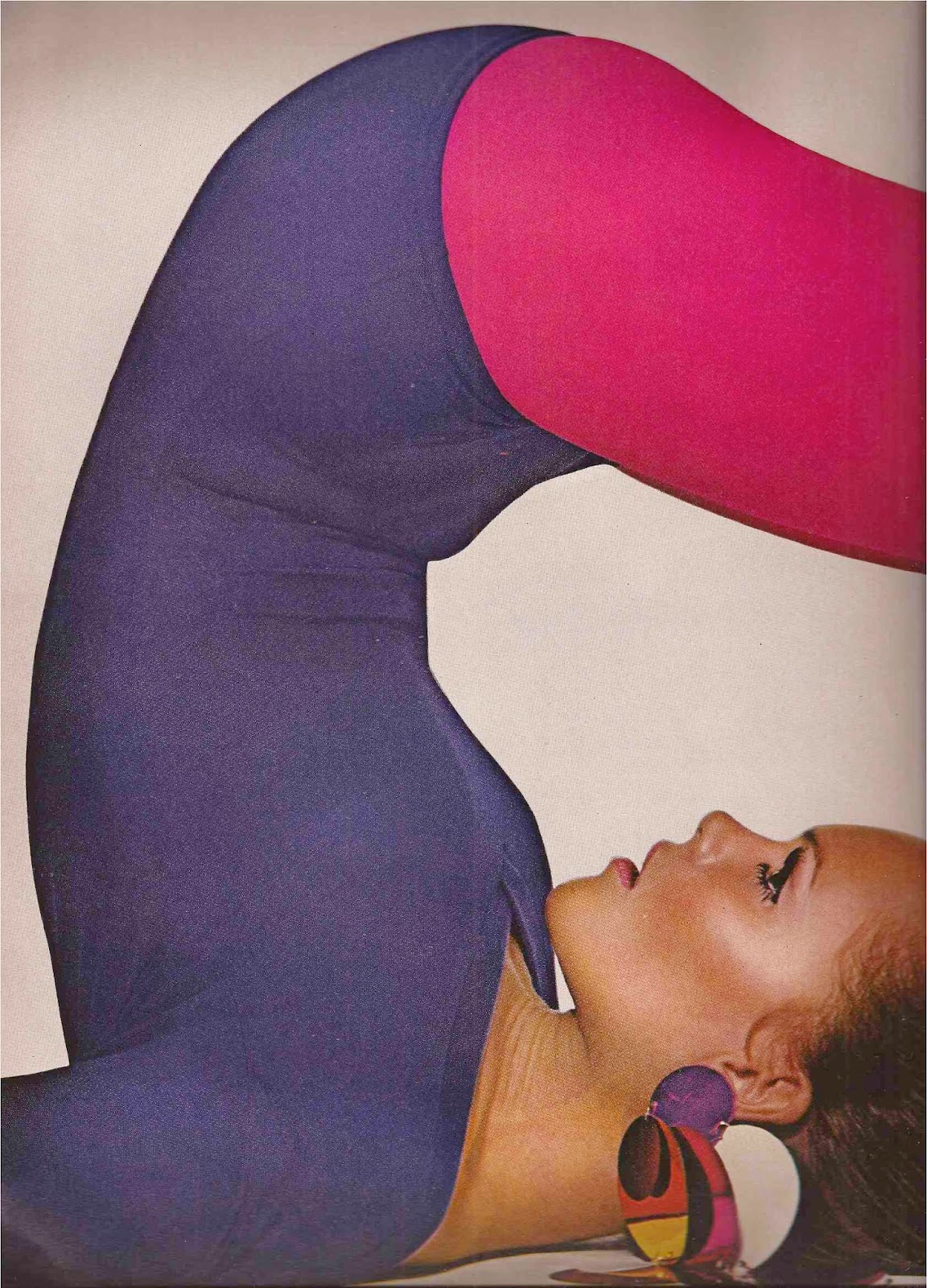 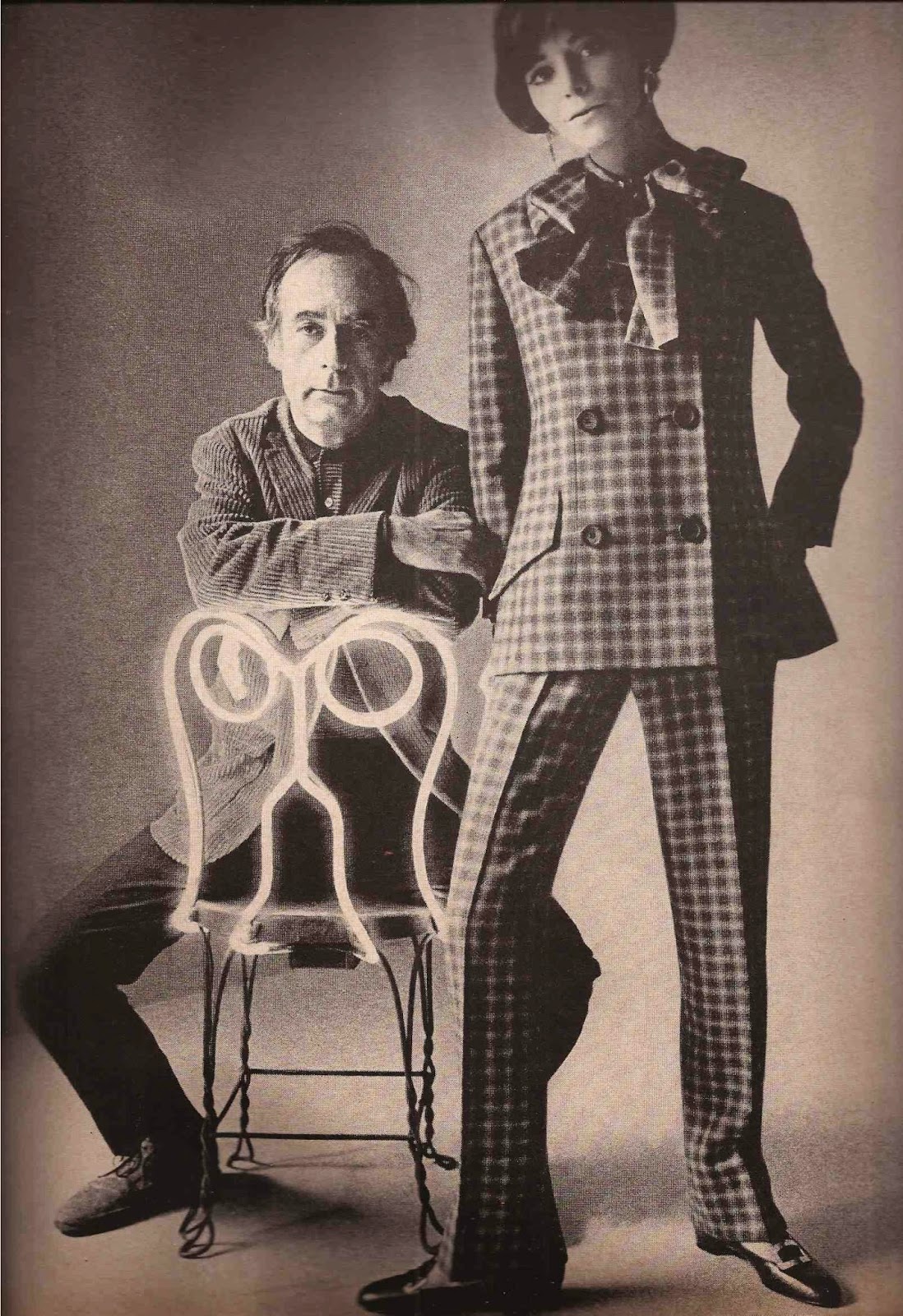 Robert Watts takes the familiar into the synthetics of commercial culture. The object in its new locus is startling: chairs that light up with neon, a strobe-lit room in which one has the feeling of being alone in space with a man-made sun. Miss Dorothy Herzka of the Bianchini Gallery wears Christian Dior-New York. 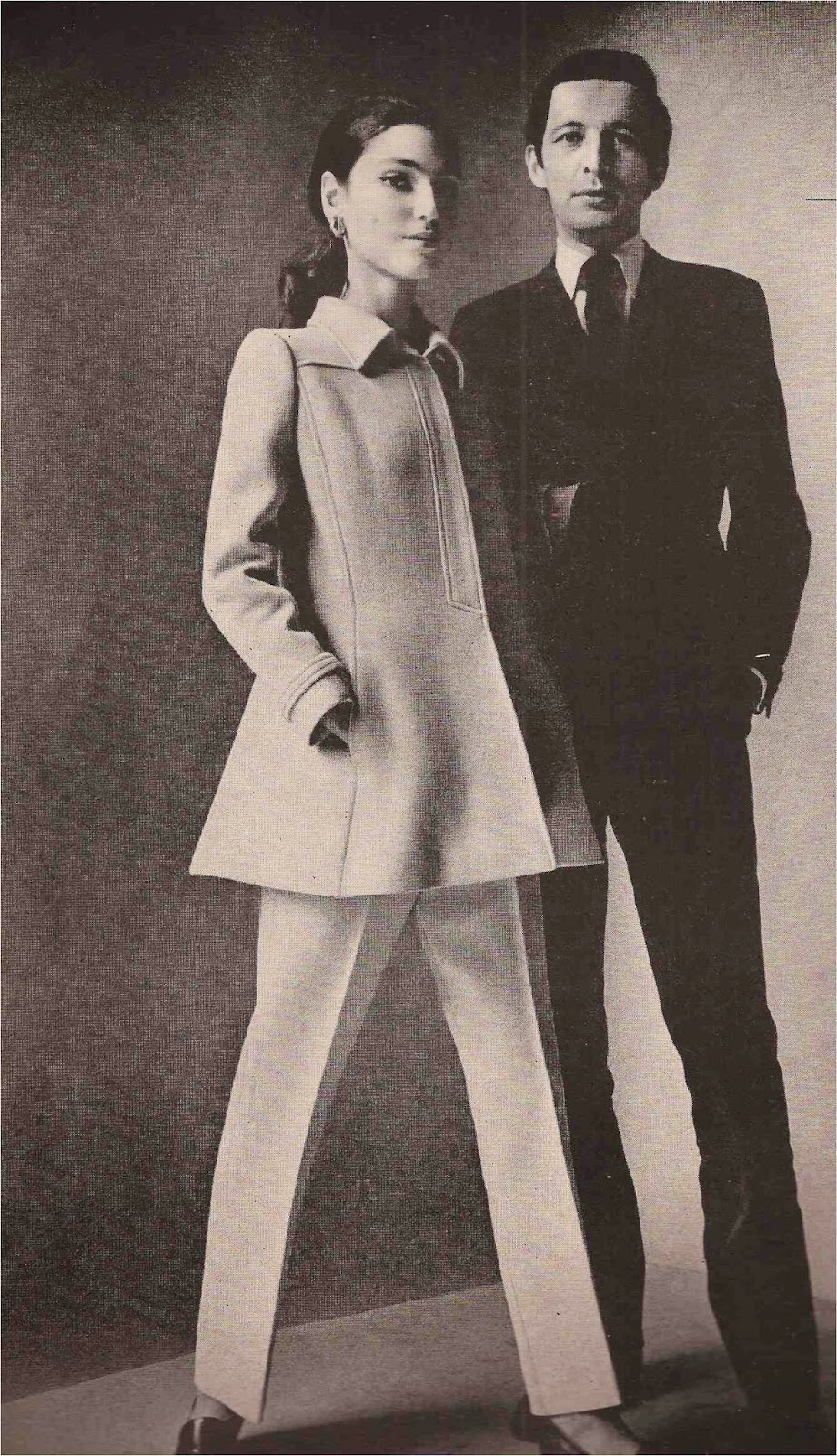 Guy de Rougemont produces huge, slow-tension paintings. He shows at the Byron Gallery. He stands with Benedetta Barzini wearing a trouser-suit by Ginala. 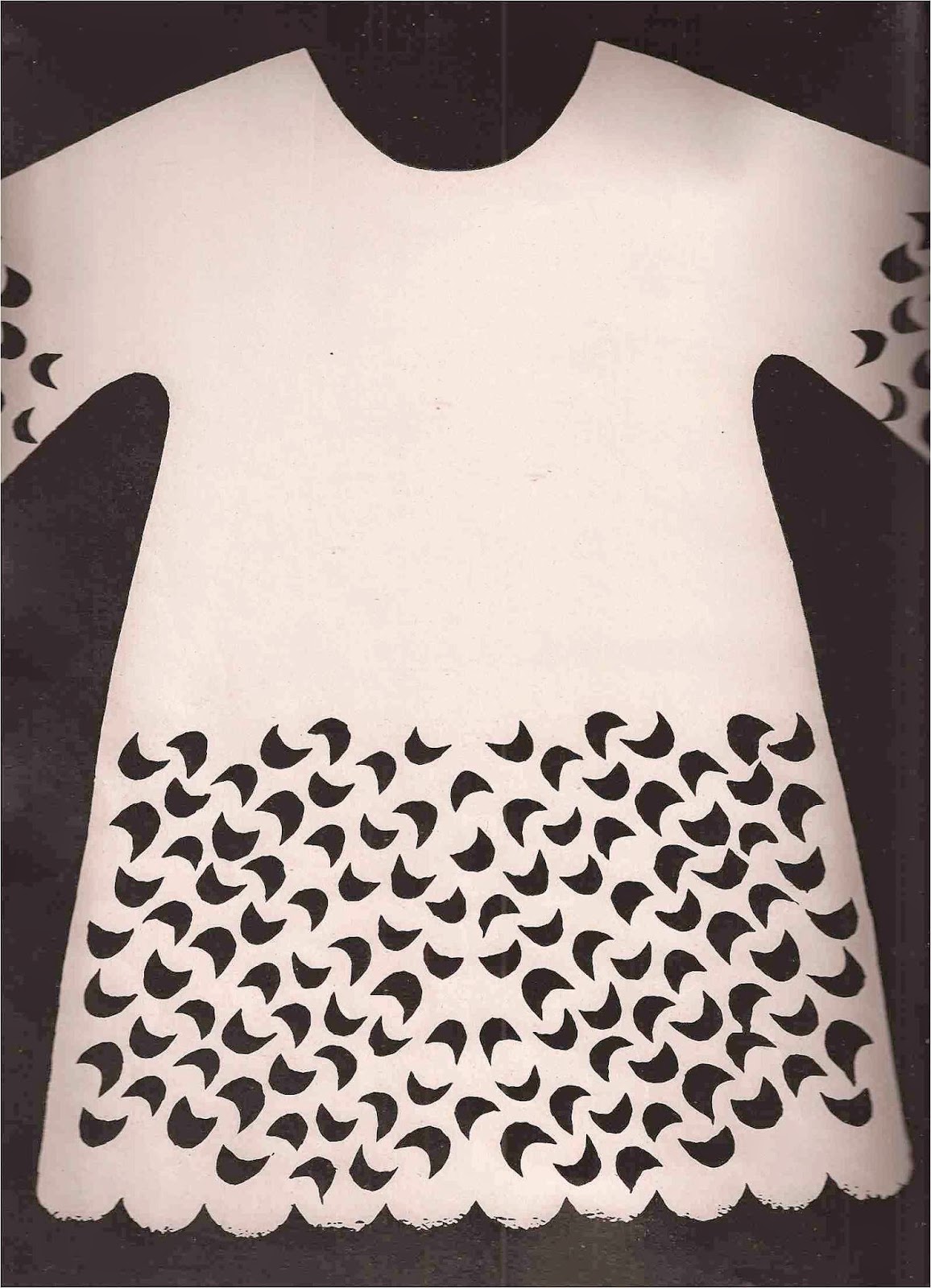 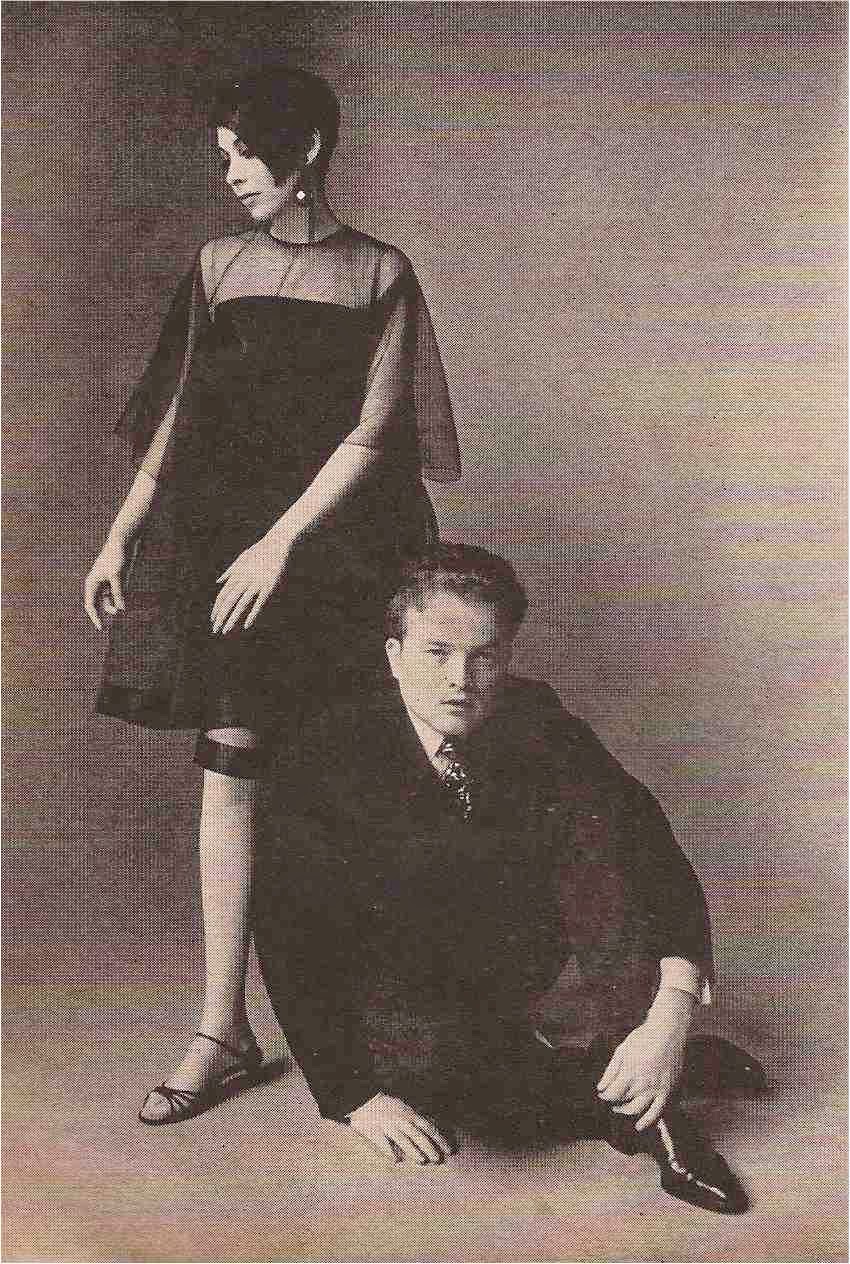 In the expansive color paintings of Edward Avedesian, the single giant circle - striped in blushing yellows and oranges, voltage packed purples and blues - recurs with a deliberateness that enthralls anew each time. Though they are perfect circles and even stripes, their soft edges give the impression that they're swelling and shrinking as they bounce, dance and sometimes float off the canvas. Miss Linda Perlman of the Elkon Gallery where he shows, is wearing Oscar de la Renta. 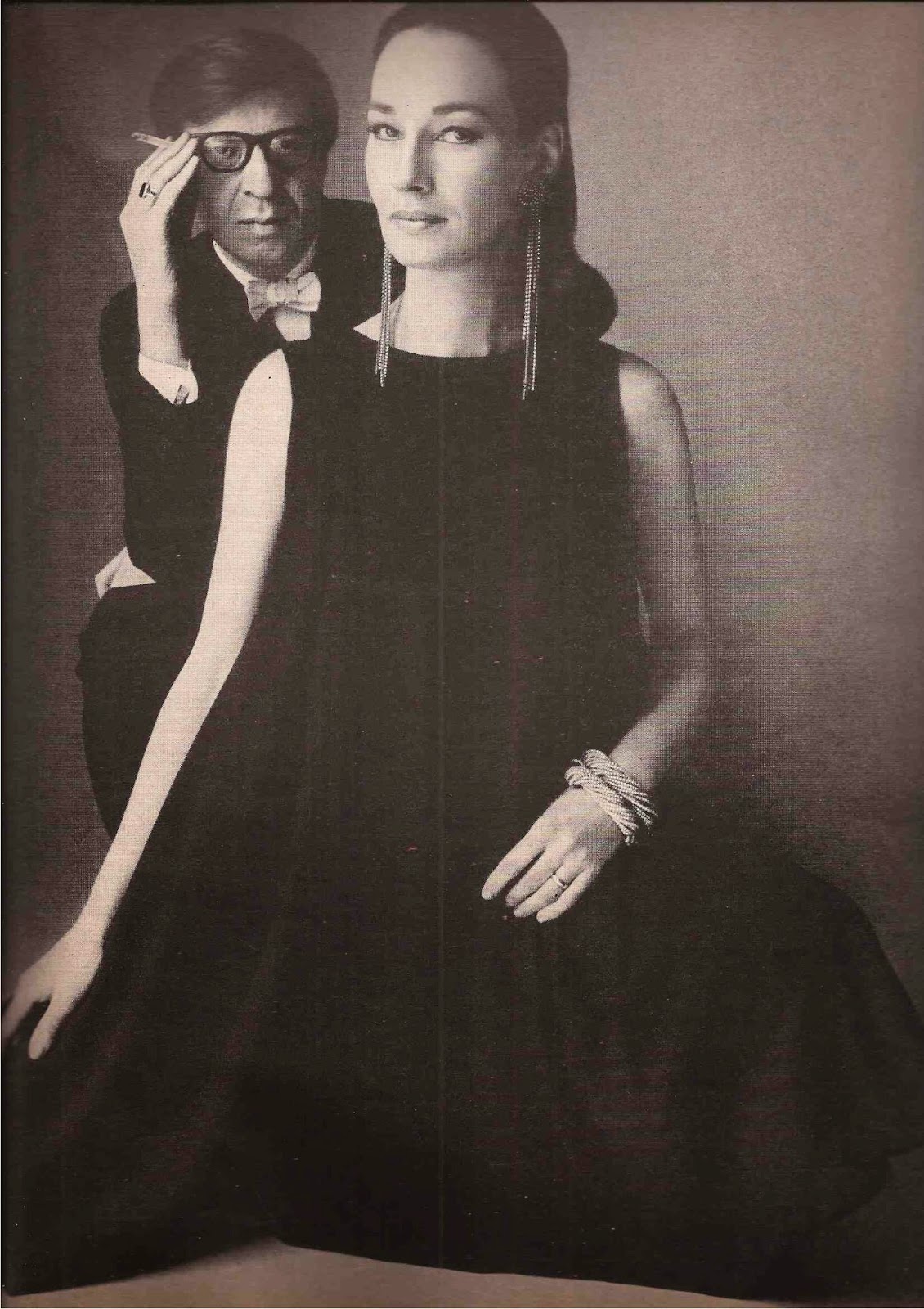 John Gruen and Jane Wilson. She paints exquisite landscapes, shown at the Tibor de Nagy Gallery. He is the chief art critic of the new World Journal. His vivid book, The New Bohemia, is just off the press. Jane's pitch-brown dress is by Chuck Howard of Townley. Kenneth Jay Lane jewelry. 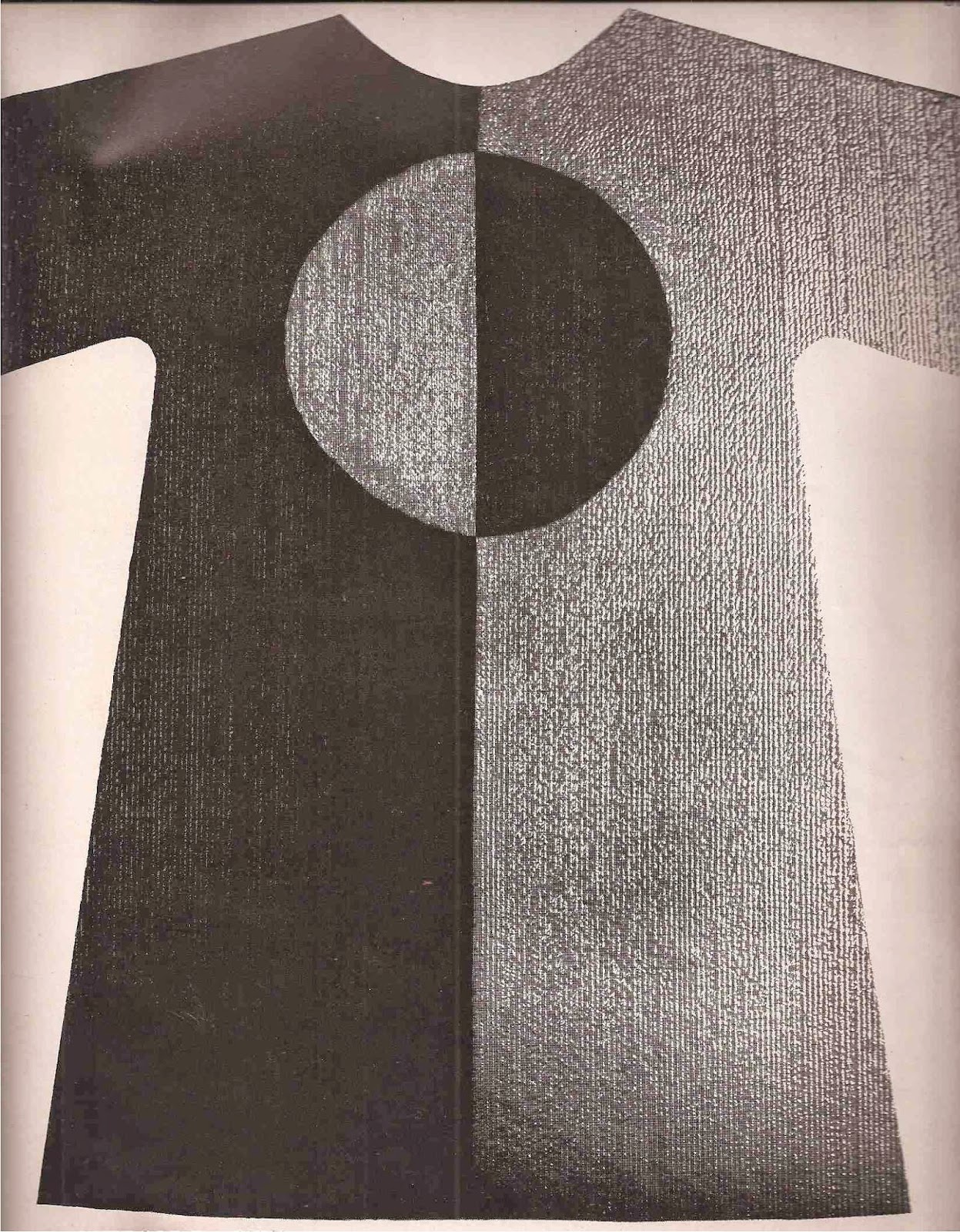 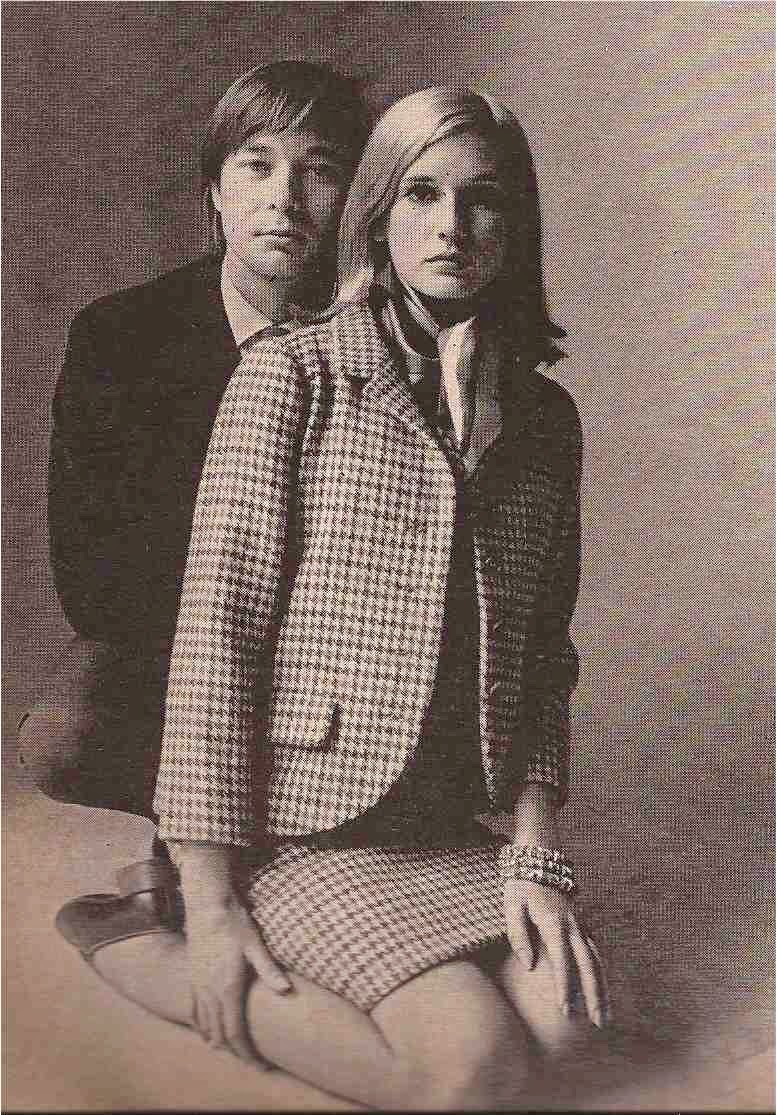 Half paintings, half sculptures, Sven Kukin's works leap from the canvas and crawl on the floor with a physical - almost living- presence and voracity for the room space at the Pace Gallery. Miss Jessie Sanders sits with him wearing Geoffrey Beene. 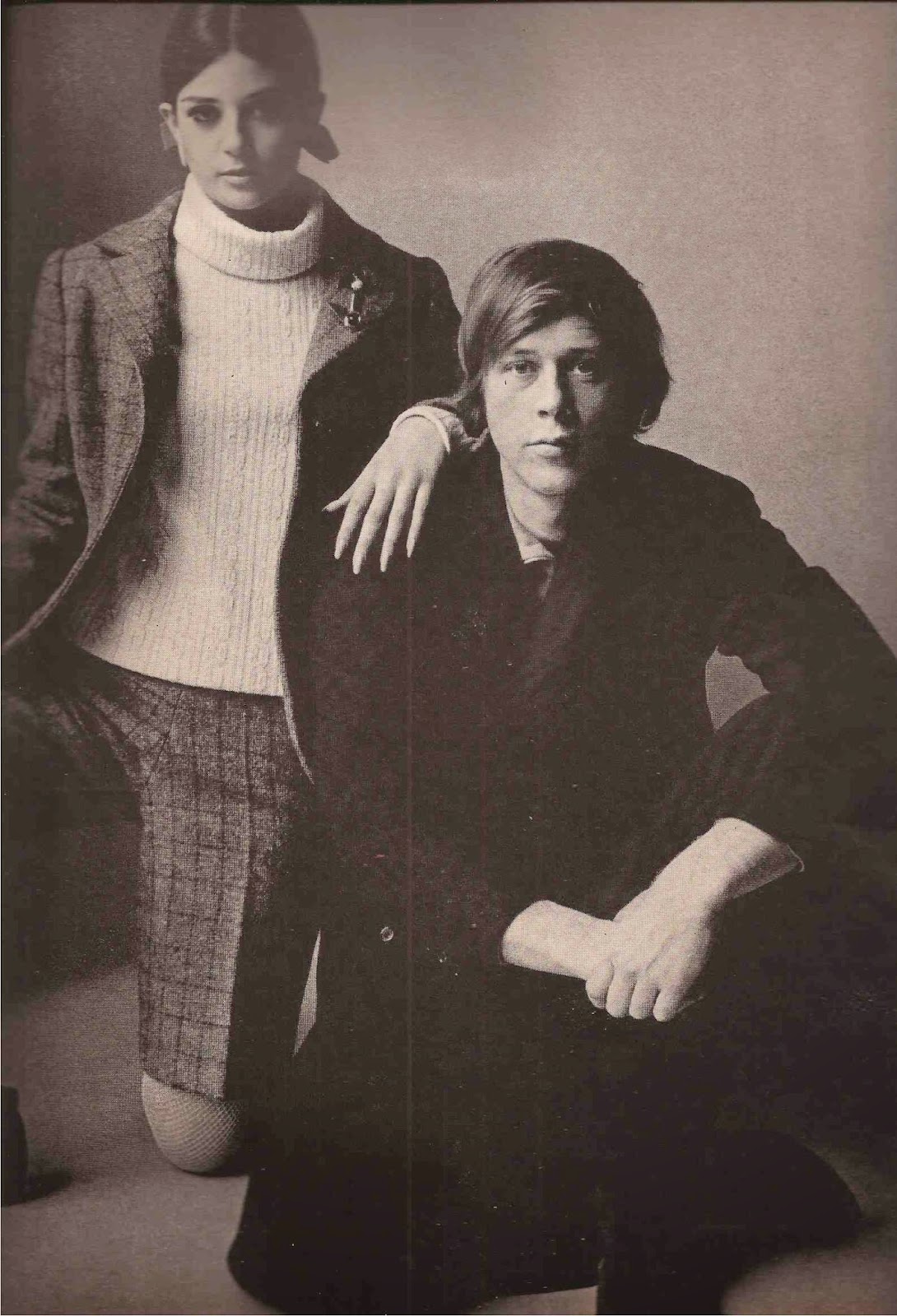 The extraordinarily potent sculptures of Paul Thek - raw torn pounds of what may be human flesh, residing in the clinical cool of glossy glass cases - hurt the viewer into extending his sensibilities. In his seemingly impersonal, inhuman treatment of an emotionally explosive subject, he challenges one to go beyond the initial shock, to an intellectual acceptance, and then to a rejoicing in the naked vulnerability of the flesh. With him, Miss Laura Morse wears Bill Blass for Maurice Retner. 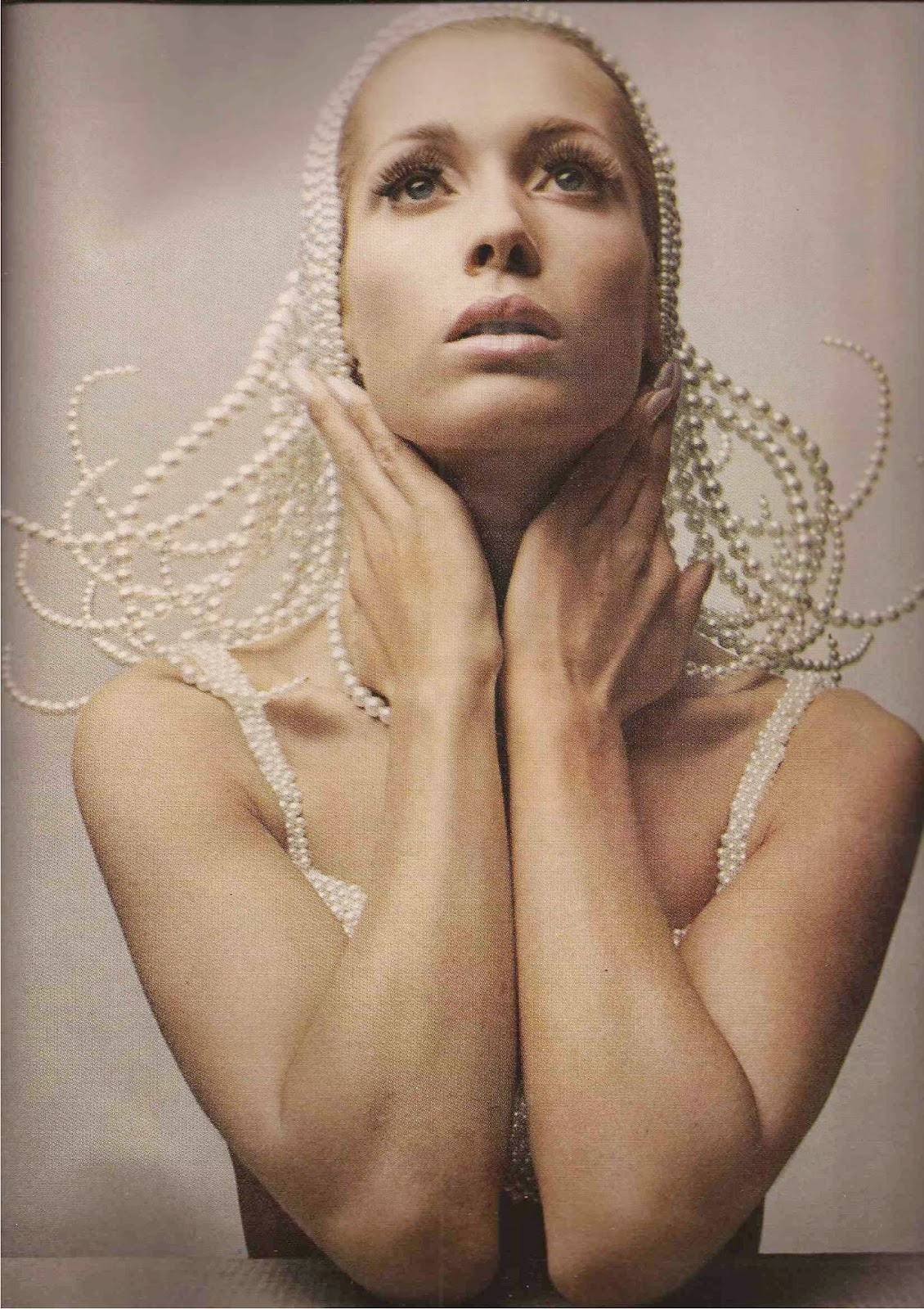 A cap of pseudo pearls plunged shoulder-length in swirls of deft luster. A wig to outwit nature's plumage styled by Mark Traynor for Richelieu worn wit a brief bikini laden with the tiniest pearls - also by Richelieu. 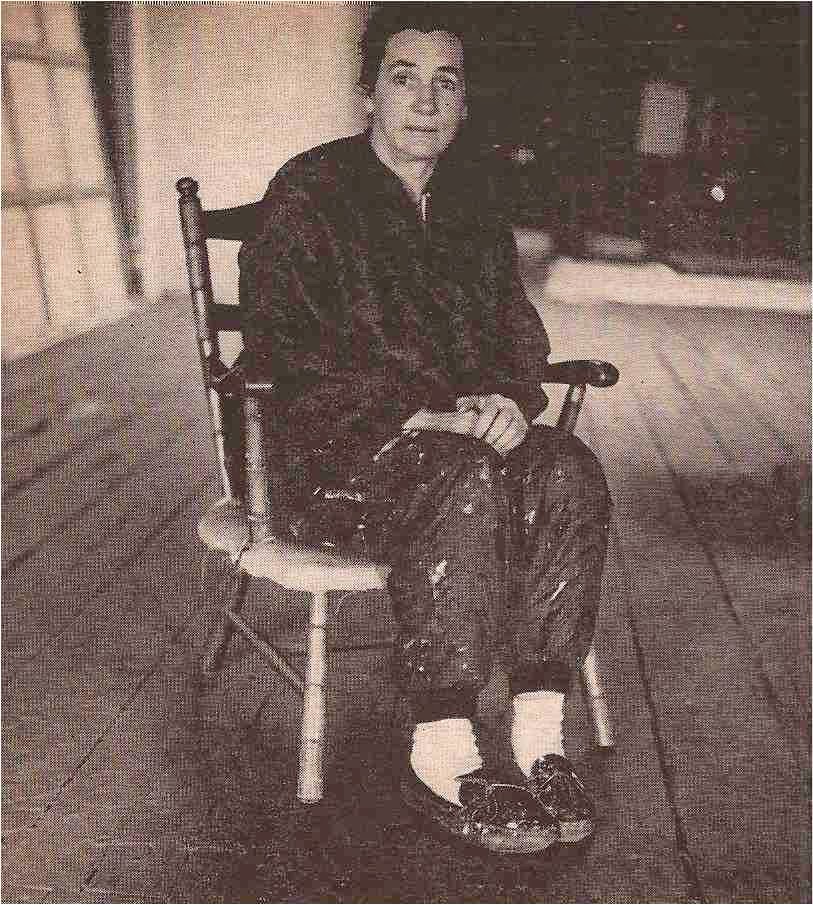 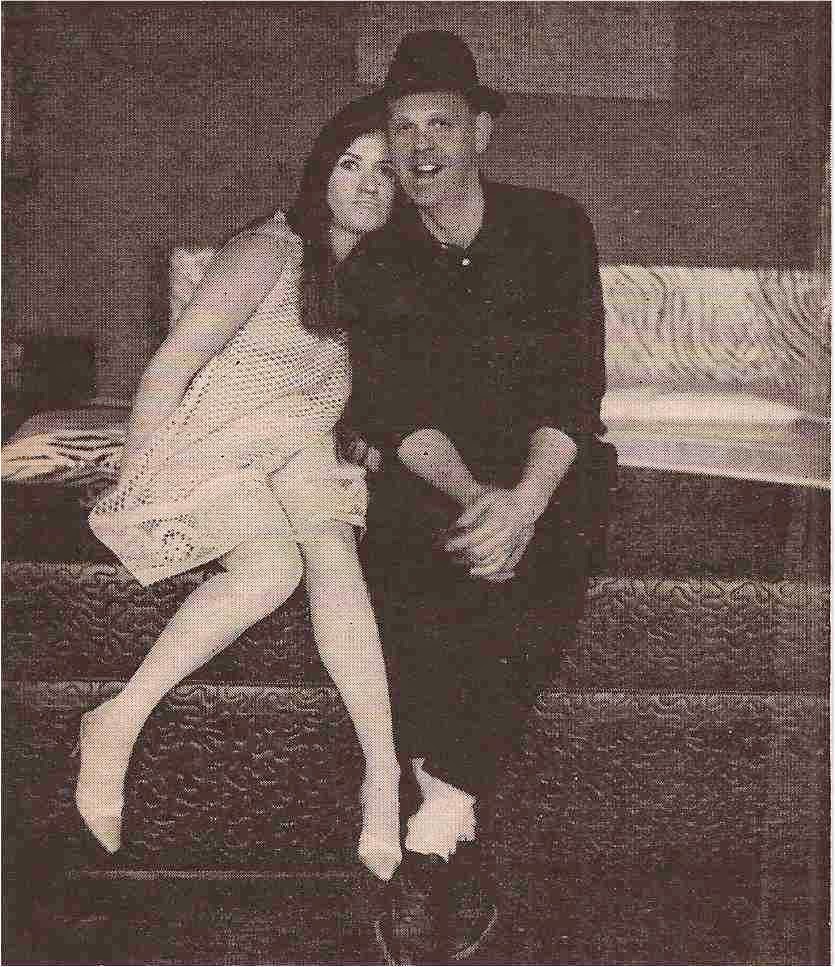 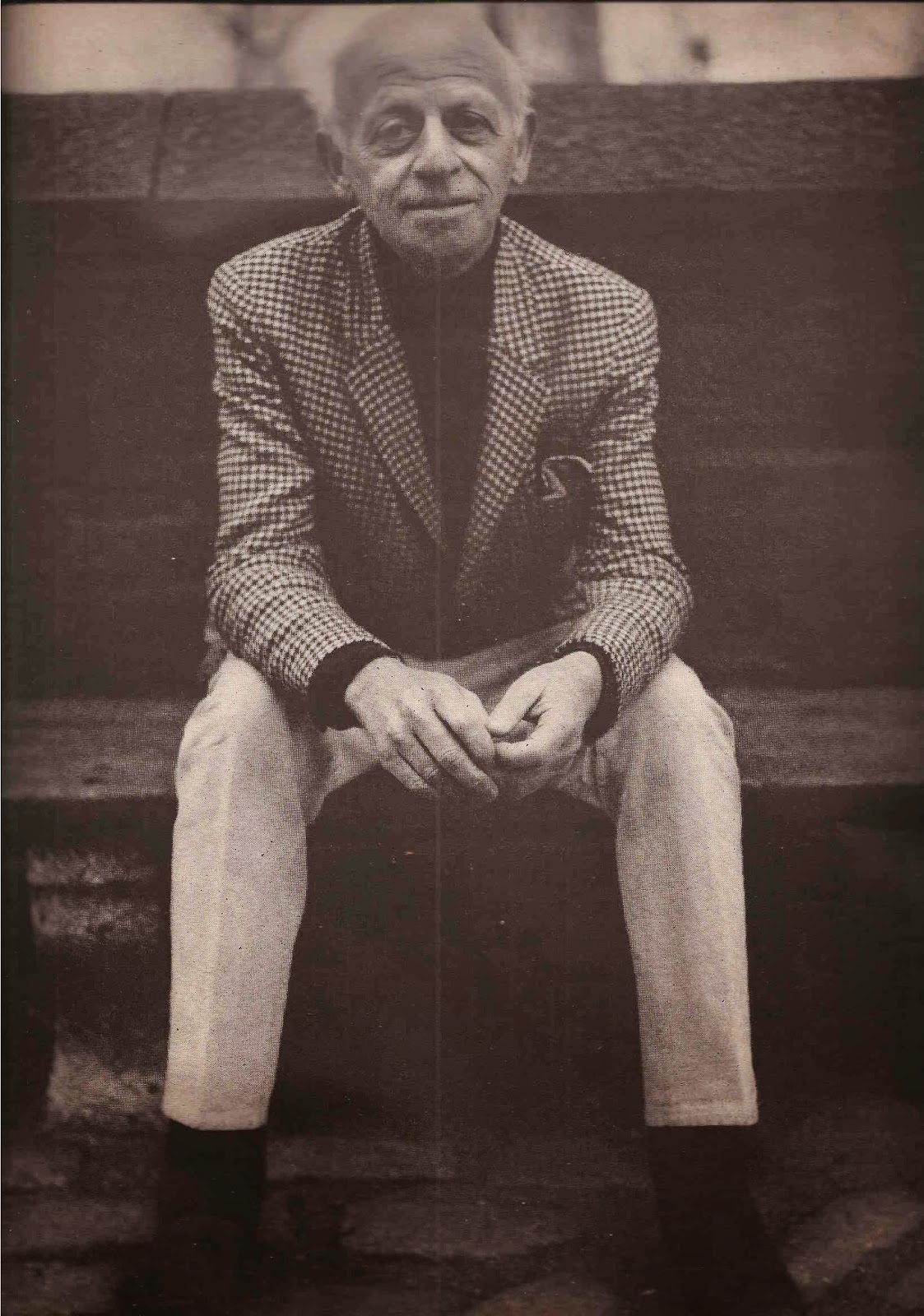 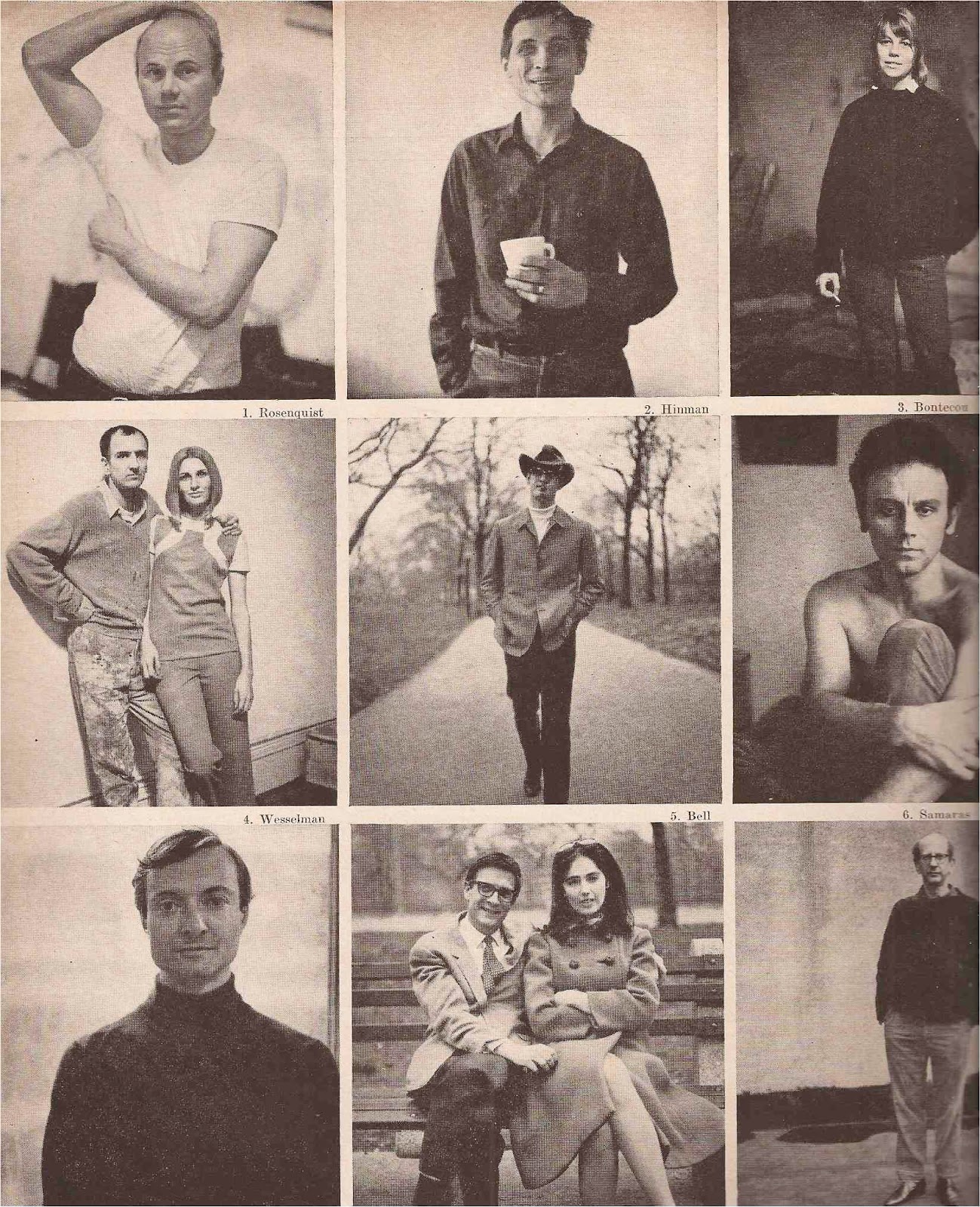 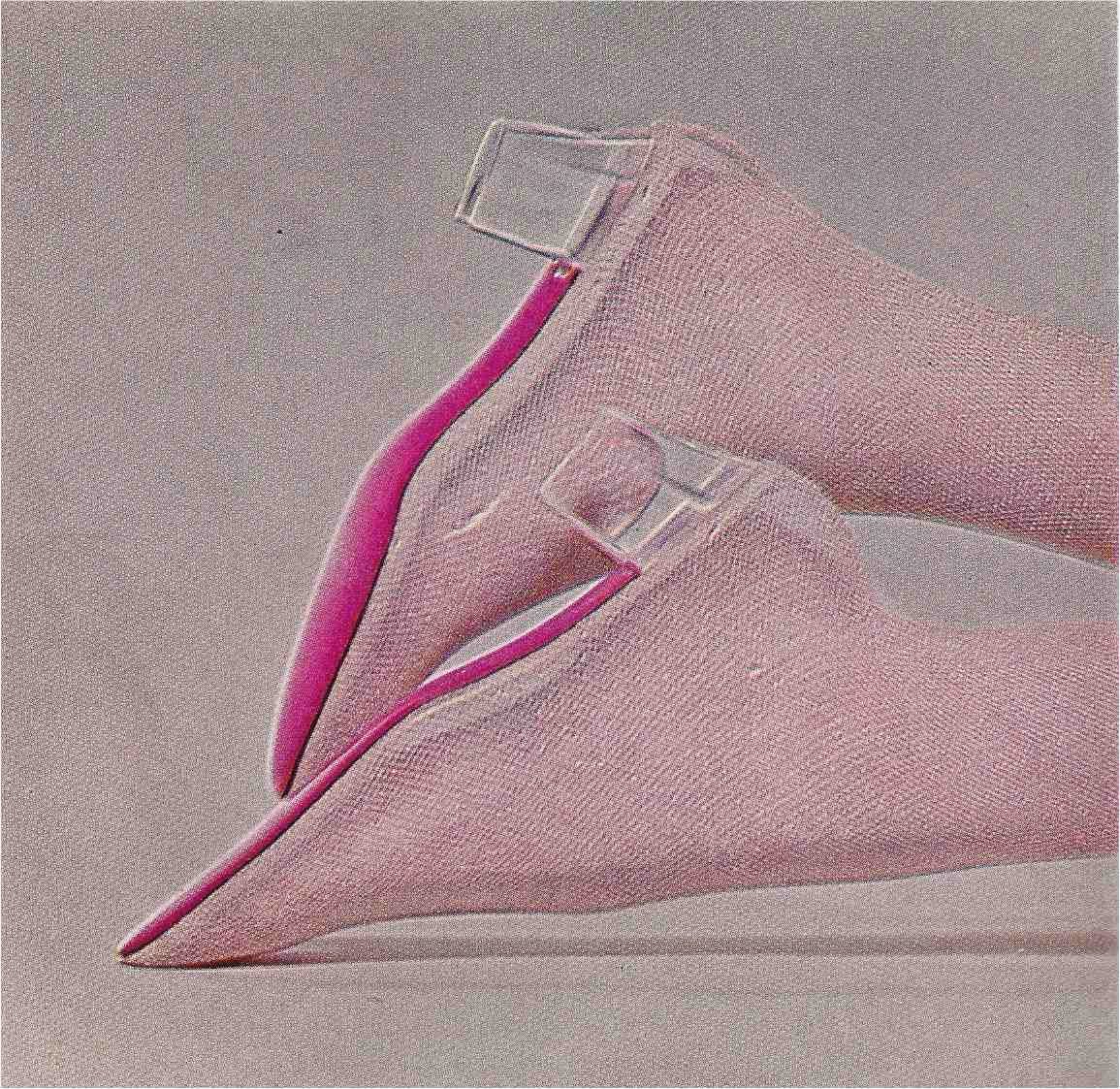 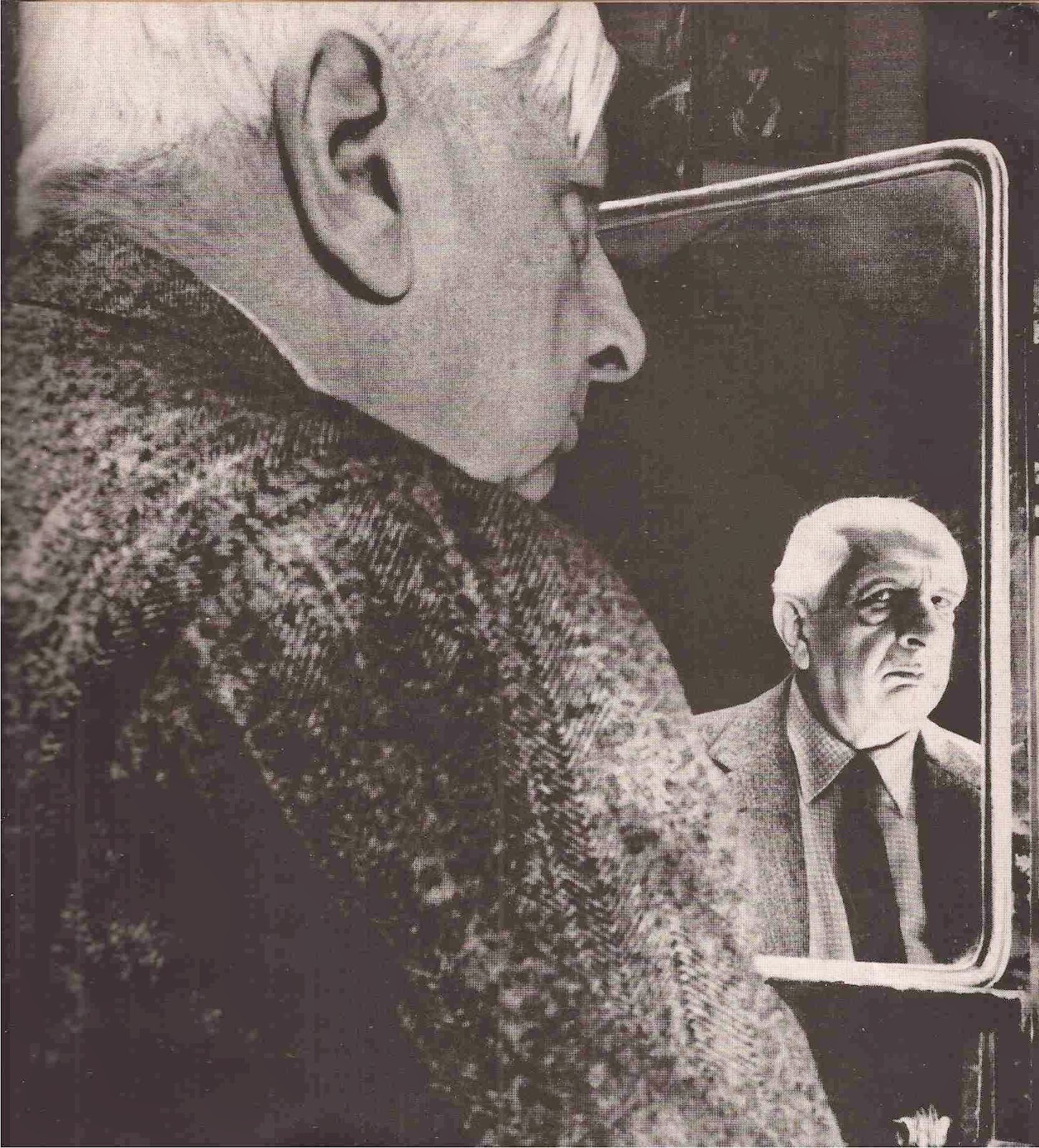 Surrealism
or
"The White-Haired Revolver"

"Surrealism is tenacious, perennial. Surrealism is one of the central pivots of contemporary sensibility, of our sense of identity and dissociation. This revolutionary aspiration was articulated by a generation of men enchanted and possessed; one thinks of them walking the streets of Paris in that state of exacerbated awareness, of voracious attentiveness, which constitute forms of beatitude. The energy and fervor of these painters, poets and polemicists spilled out, unable wholly to spend itself in the manifestos,fights, festivities, in the rituals, games and acts of provocation.
Surrealist art was an art of redemption."
Annette Michelson 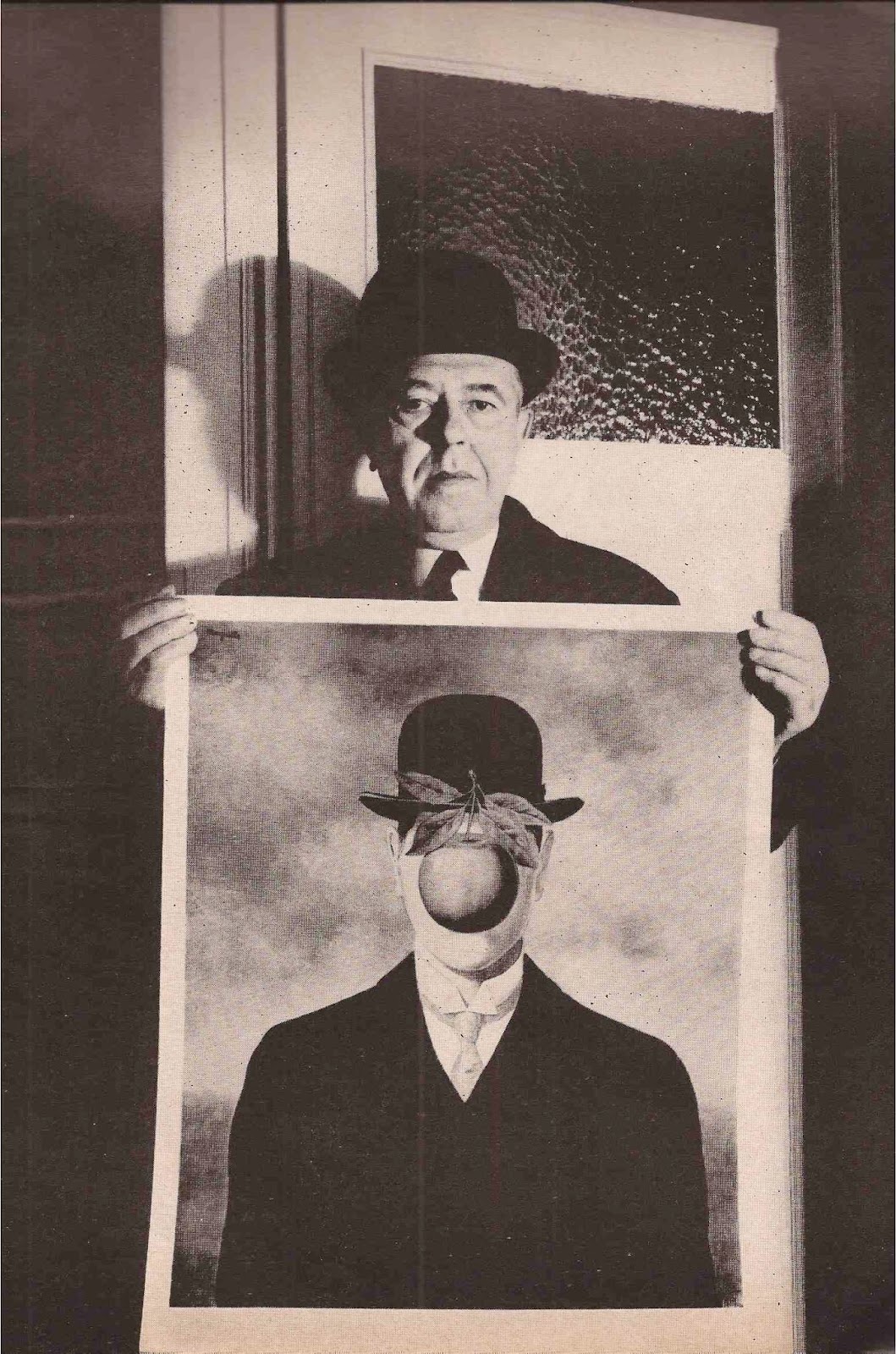 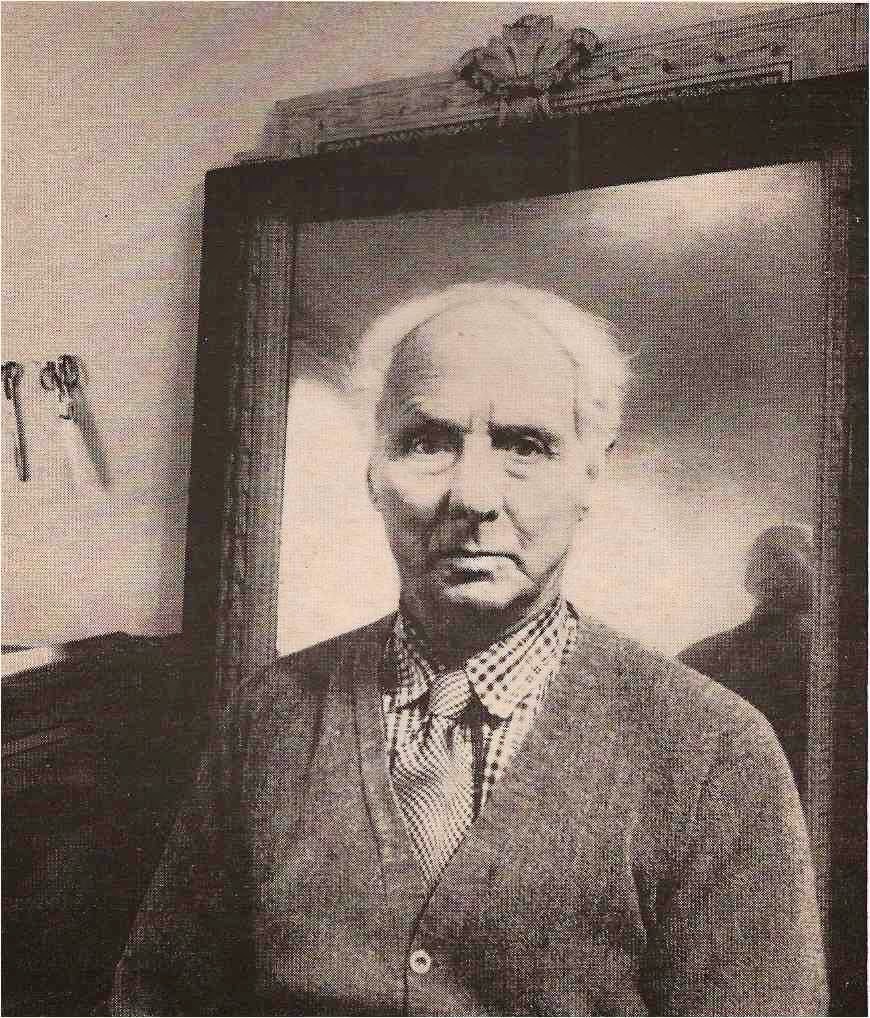 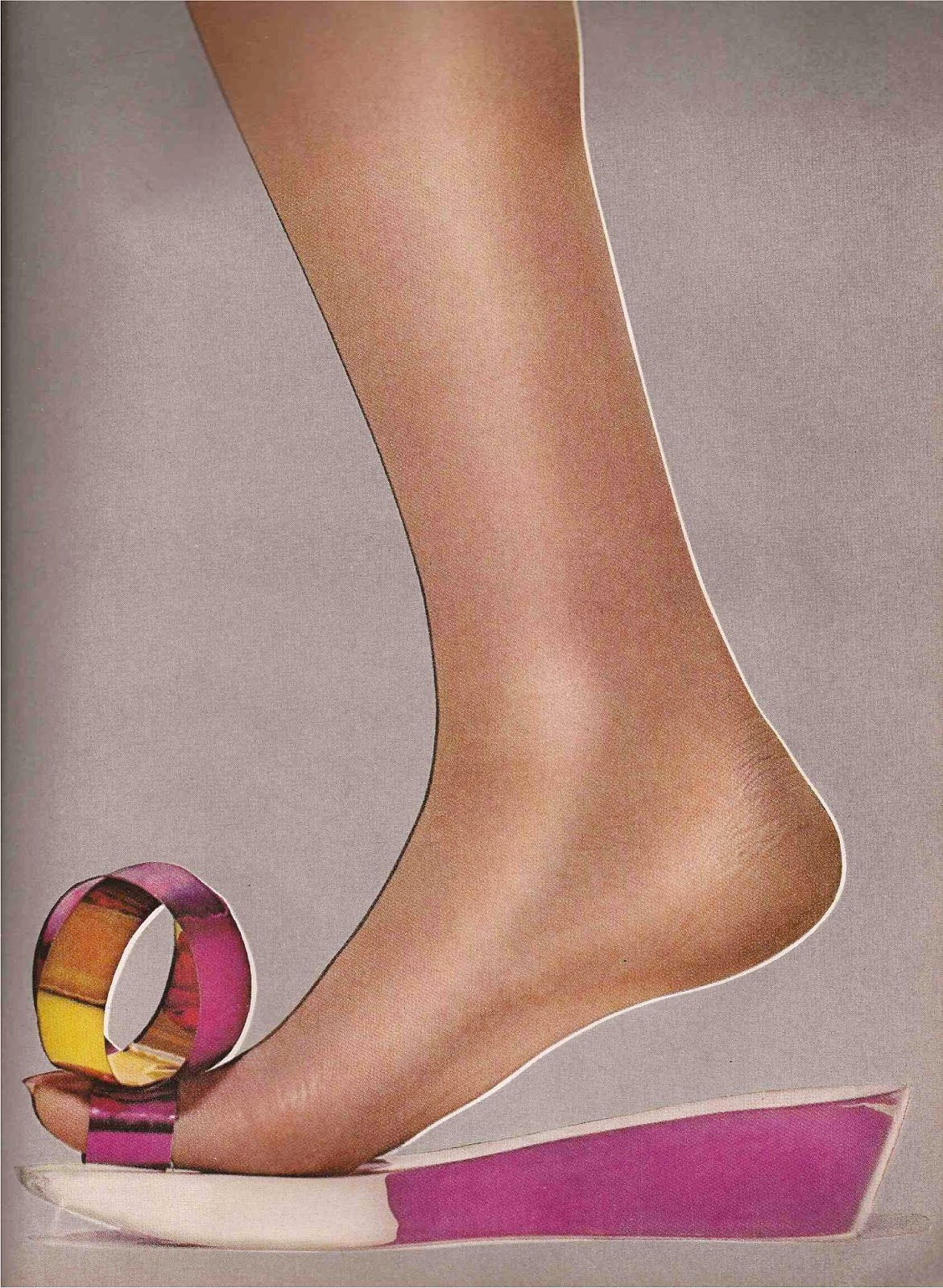 Posted by devodotcom-devocanada-femaleandfatal-vintimage at 3:36 PM