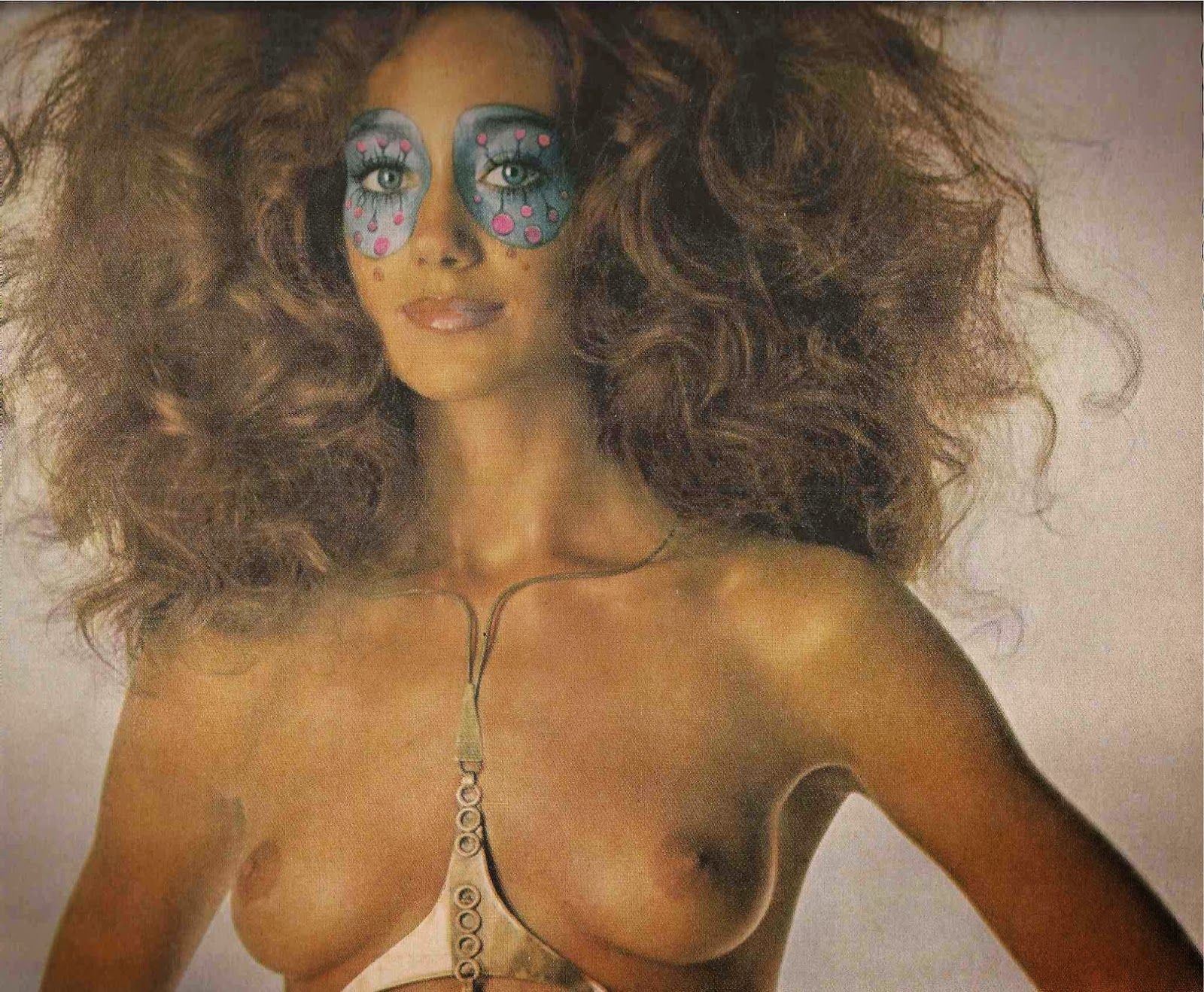 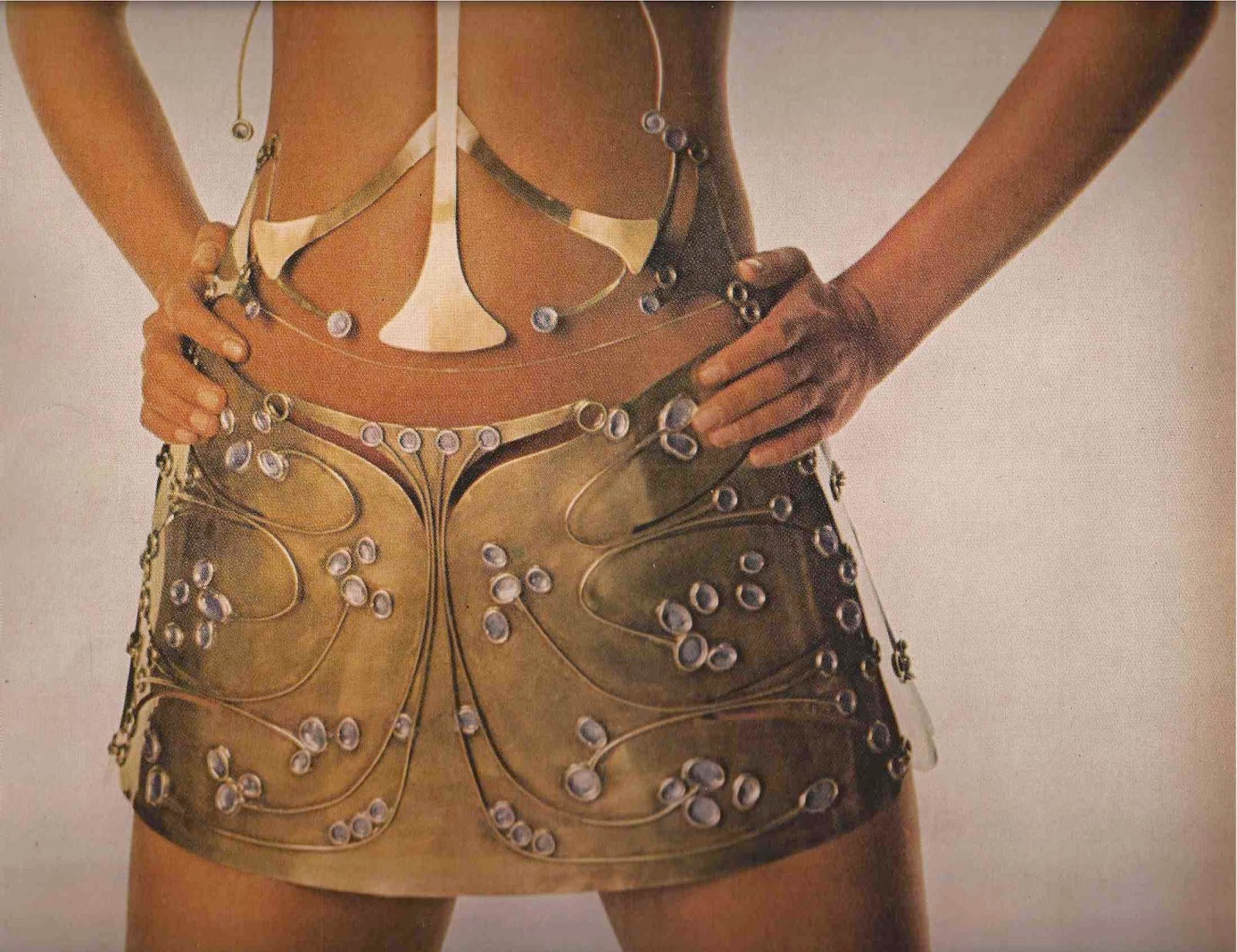 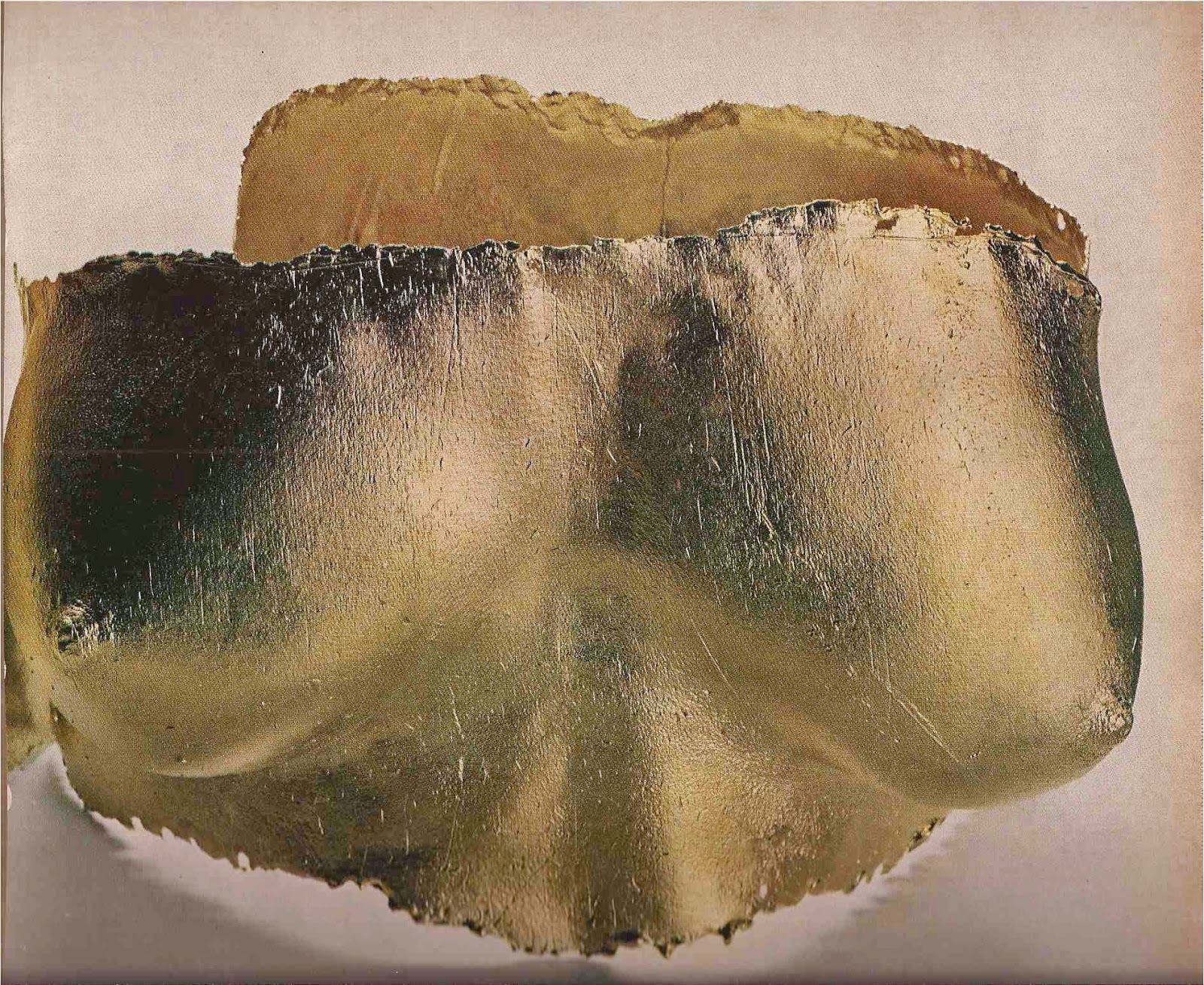 "Claude Lalanne's extraordinary fantasy: the body sculpted in gold.
To adorn the body as jewellery...over clothes, against bare skin. 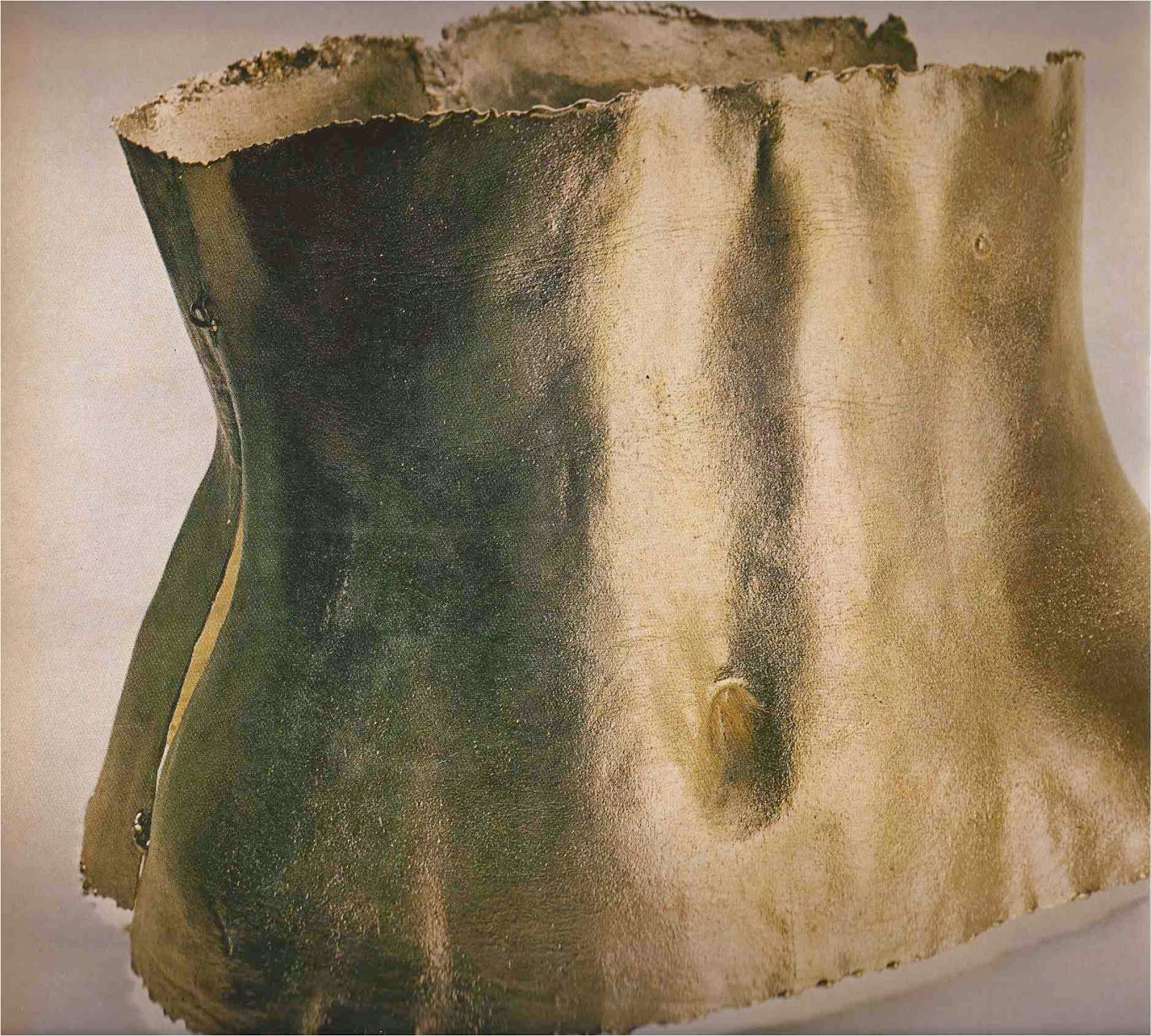 Above, the torso,the breasts of Veruschka von Lehndorff in vermeil. Every part - texture of skin, beauty of line - cast in copper from wax moulds and dipped in gold." 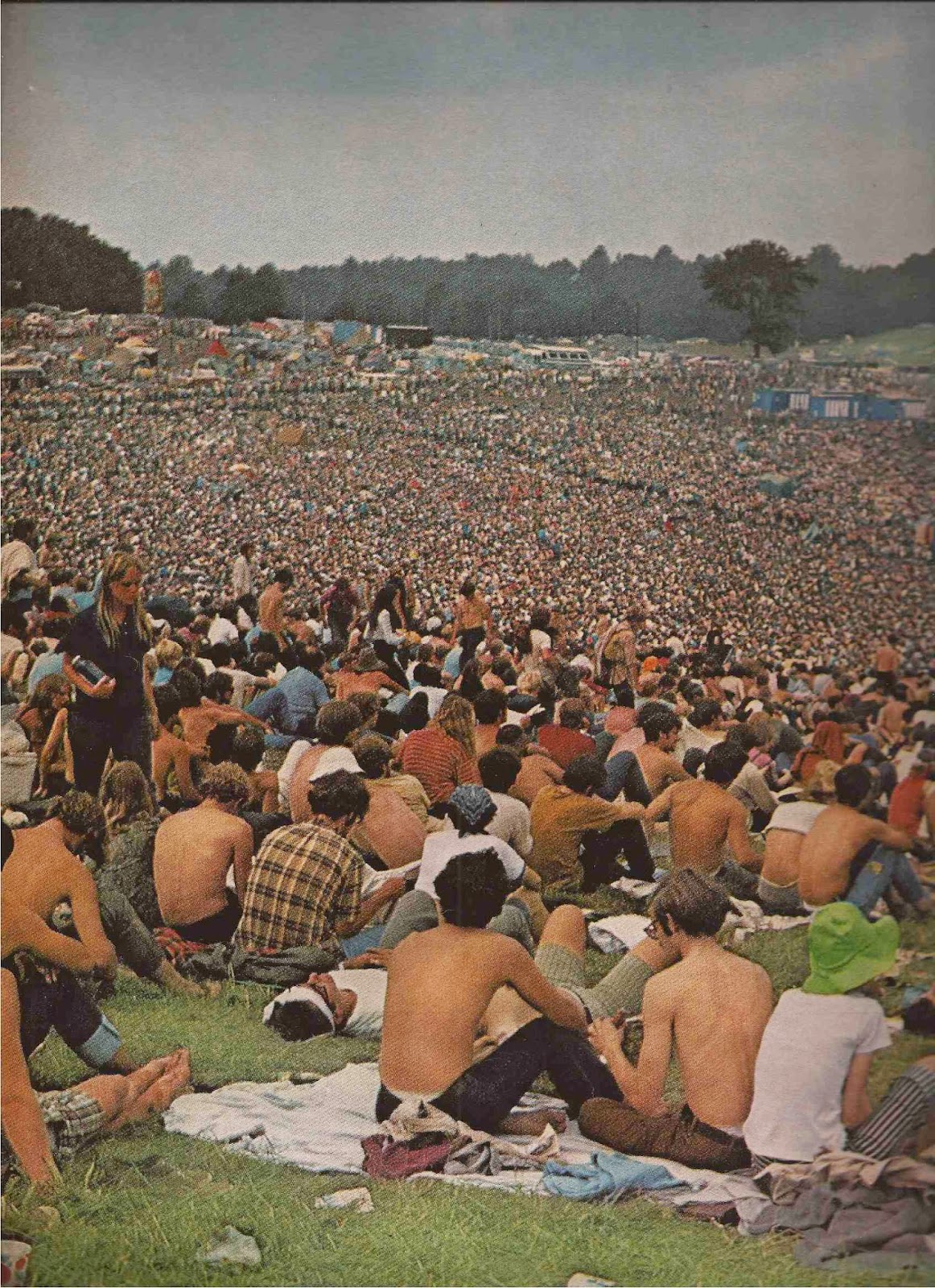 Woodstock
Saturday afternoon on the farm of Max Yasgur, 1969.

"A plague of people. A slough. A three-day anguish that no one who was there regrets: Hundreds of thousands of kids come together to enjoy each other in the presence of music, and of peace. They lived for a weekend in the still eye of a hurricane." 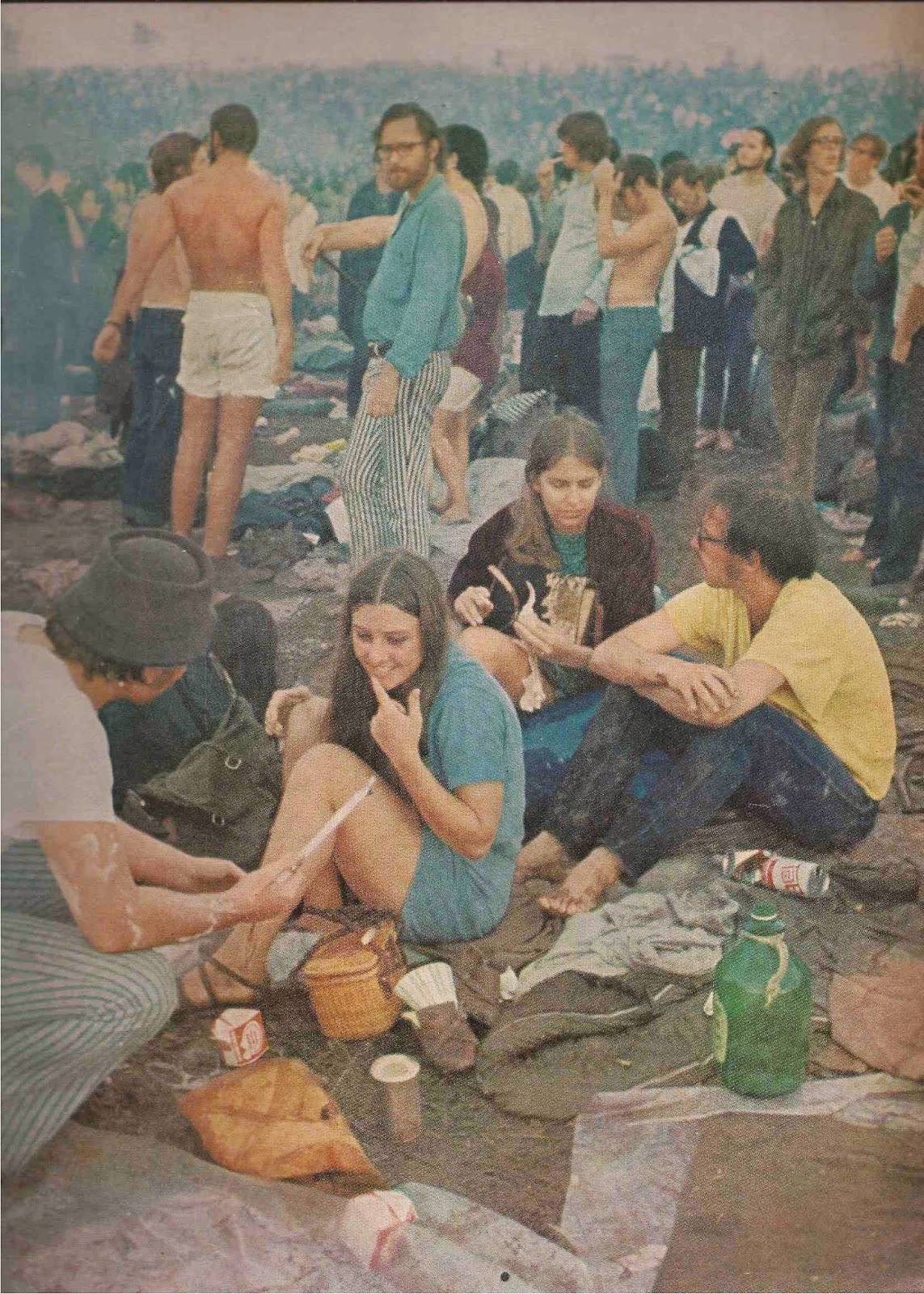 Picnic on the Campground, 1969
"Let the world know how groovy we can be,"

Ritchie Havens shouted on Friday from the raw plank stage as high as a house. For three days the inhabitants of "a city of nearly half a million without buildings" showed. Their one-to-one, all-to-all charity caught. Whether peace depended on pot became beside the point: The police weren't drugged nor were the show-me citizens of farmland New York. "It's all right," they said, and "They're wonderful kids," and "They couldn't have known what they were getting into: we've got to take care of them." Strangers? To whom? "You're here, and it's big, and it's going to be bigger," said Richie Havens, "so go with it." 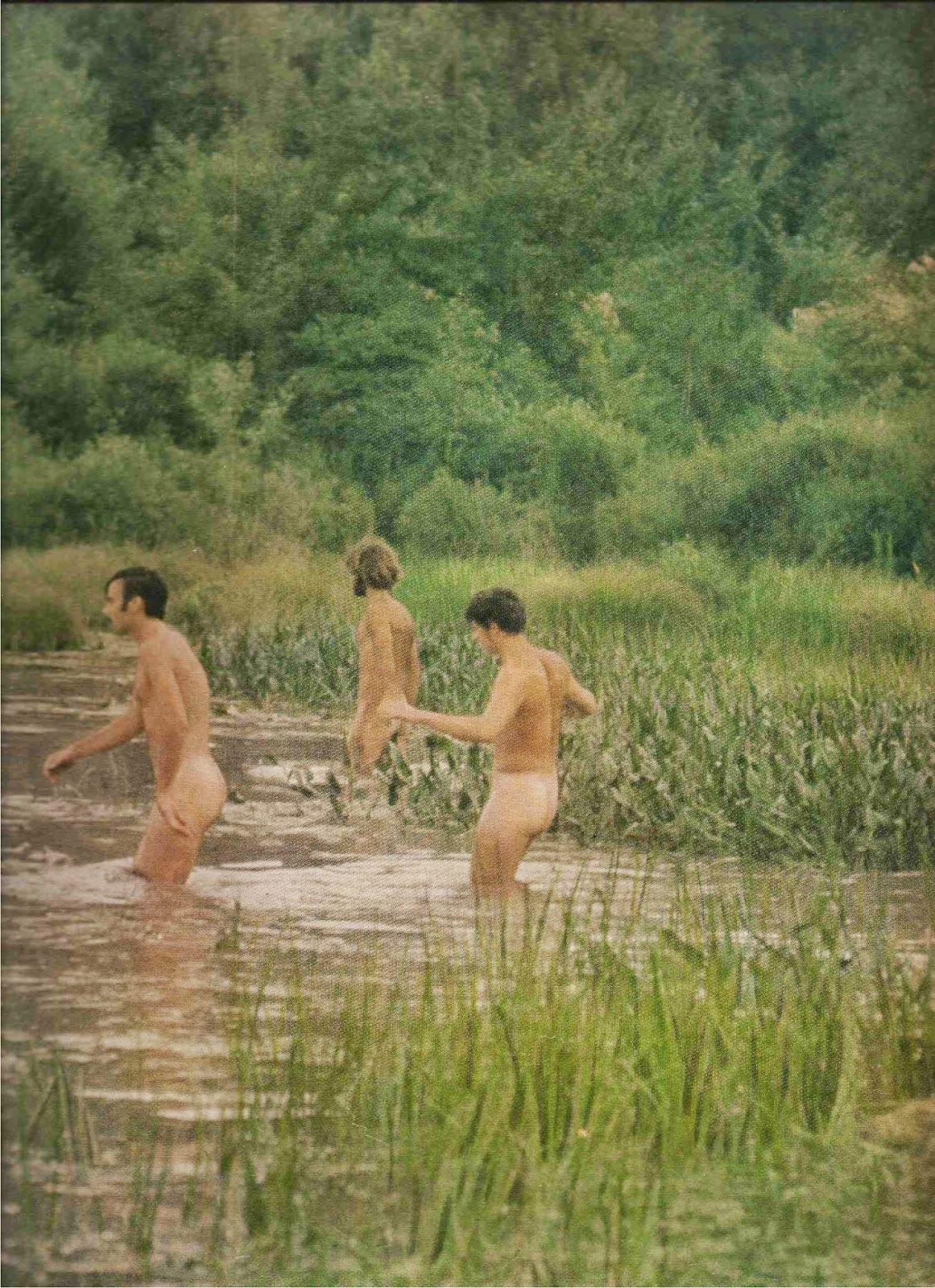 The Bathers, 1969
"Bliss was it in that dawn to be alive, But to be young was very heaven!"
William Wordsworth

"Although no one stopped complaining for a minute, especially about the four young promoters whose hypedream of profit got away from them and became a mass vision that rolled up out of Oregon and New Mexico and Florida and trampled down a dairy farm. Under blame lay bliss the equal to that William Wordsworth wrote in 1805. The Cause was the music: the effect became the people. Living with joy and without affectation. On the rain-struck night, looking out over the hunched multitude, Arlo Guthrie cried out his love: "Hey, man, you're a bunch of freaks." 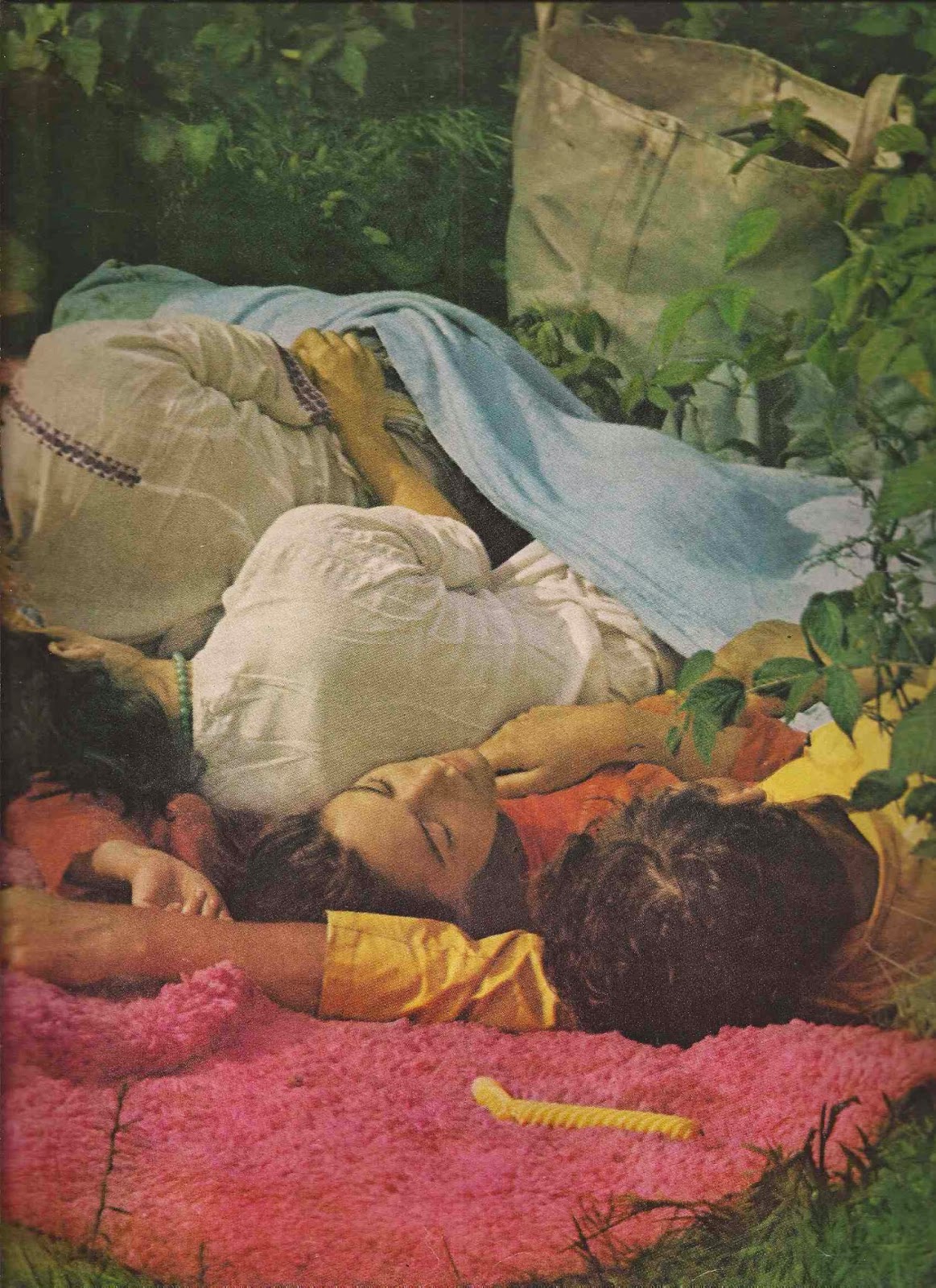 Jimi Hendrix said that early Monday morning to the remnant fifty or sixty thousand for whom exhaustion had slipped into euphoria. He added, "Melody is love. The melody is when you find your lady." And the song is youth and life, and singing it together. An eighteen-year-old girl only regretted John Lennon's absence with his song that has become an anthem, "All we are saying is give peace a chance." No one who undertook the once-in-a-world weekend will ever, possibly, be quite the same again. Nor will the consideration of the young by those who paid attention to them be the same again. Ever. Quite."

Posted by devodotcom-devocanada-femaleandfatal-vintimage at 1:59 PM