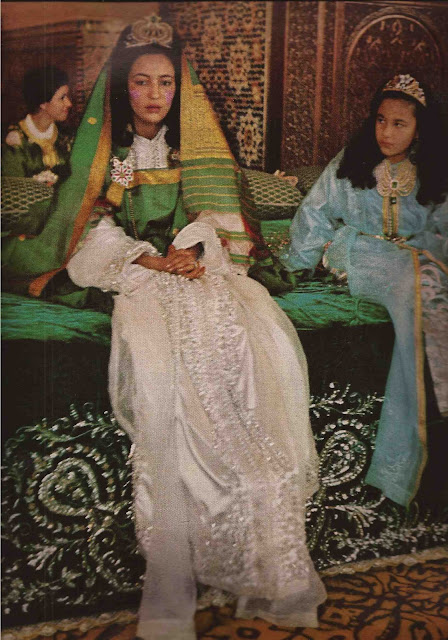 The Kingdom of Morocco spent seven days and seven nights celebrating the joyful occasion of The royal wedding of H.R.H. Princess Lalla Nouzha, sister of the King of Morocco, and Mr. Ahmed ben Mohammed Osman.

Seated beside her younger sister, H.R.H. Princess Lalla Amina, the bride wears  a white satin marriage caftan embroidered in silver and pearls, with a long green and gold veil by a gold diadem. Her ring, paved with diamonds reaches almost to the knuckle. 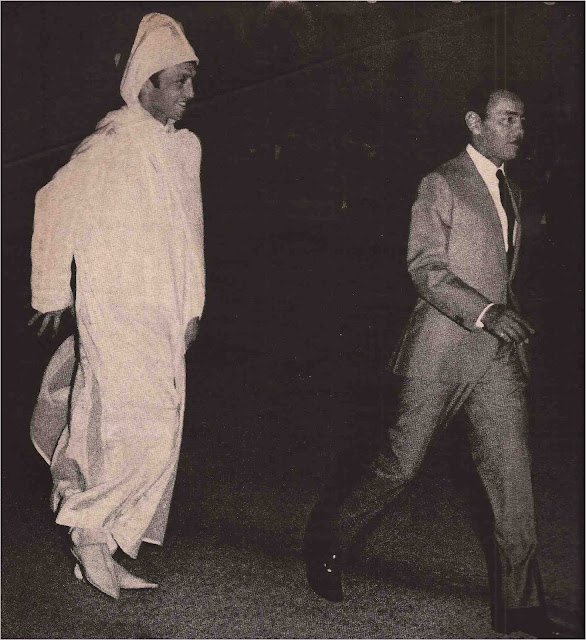 In the palace at Rabat, His Majesty Hassan II, commanded the sequence of ceremonies. Here he is with the bridegroom who is wearing a traditional wedding djellaba. 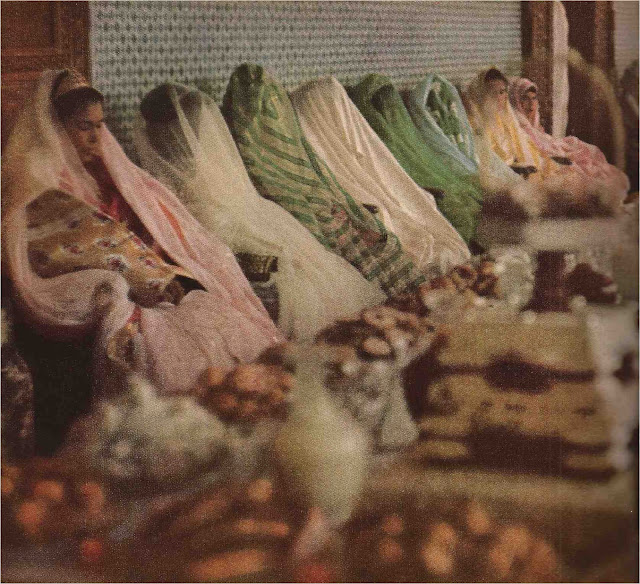 Sixty young brides, some shown here in gauzy el-tams, came from all over the kingdom to be dowered by the King, feted at court and married in the Royal Palace. 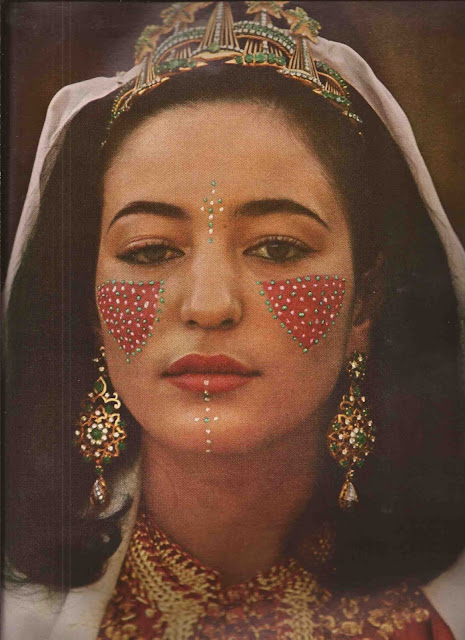 Lalla is seen veiled, jeweled in diamonds and emeralds, in her after-marriage maquillage for the Presentation of the Bride. 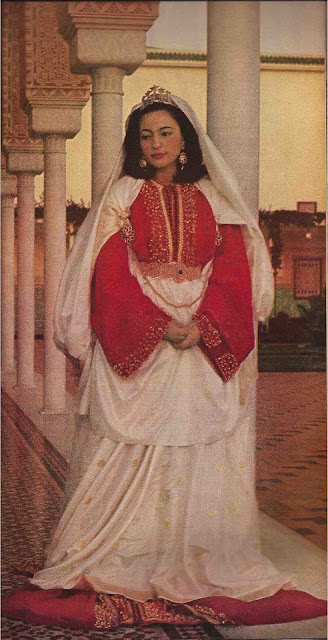 The Princess is known as a sportive young woman who dances, water-skis and rides – often mounted on a silver-studded cowboy saddle.

In November 1976, the Palm Beach Daily News reported of Her Royal Highness Princess Lalla Nezha on the occasion of her thirty-fifth birthday. “Her Royal Highness Lalla Nezha, the exotic sister of King Hassan II of Morocco, all wrapped up in Dior’s magenta jersey and hung with baubles by Zolotas, (a gift from her husband, Prime Minister Ahmed Osman,) made a royal entrance into the ballroom of her palace in Rabat. The ballroom was decorated for the occasion with 10,000 pink and white roses.”

The birthday cake was decorated with 35 pink camellias sprayed with Joy perfume. “Before she cut the cake, the princess picked off the camellias, one by one, and tossed them to the crowd.”

The following September, Her Royal Highness Princess Lalla Nouzha was killed in an auto accident in northern Morocco. It was reported that her car went off the road and hit a tree in dense fog on the Mediterranean Coast near Tetouan. She was thirty-seven.


Posted by devodotcom-devocanada-femaleandfatal-vintimage at 10:09 AM