"SHE IS AS MAE WEST AS EVER"... THE MAGICAL PHOTOGRAPHY OF DIANE ARBUS 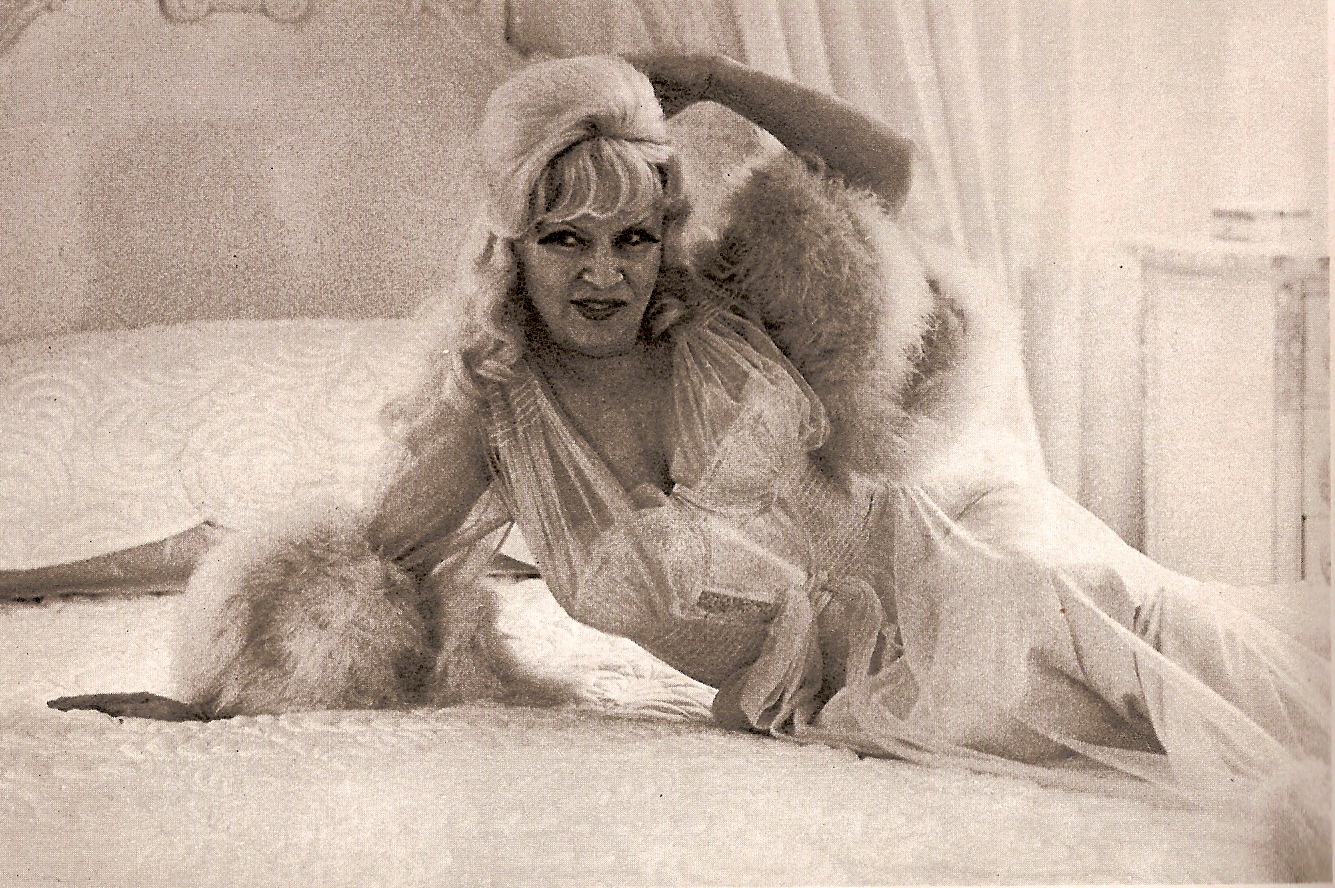 
"On her 71st birthday Mae West feasted on a rhinestone-studded vanilla layer birthday cake. Nourished by her own legend, she has outlasted every lover and initiated a nation of boys into manhood. She has been called a Queen Bee whose favors are unforgettable, Some say she is the greatest female impersonator in the world. Others say that she has nine million dollars in the bank, and that her paternal grandmother possessed three well-formed breasts."
Diane Arbus 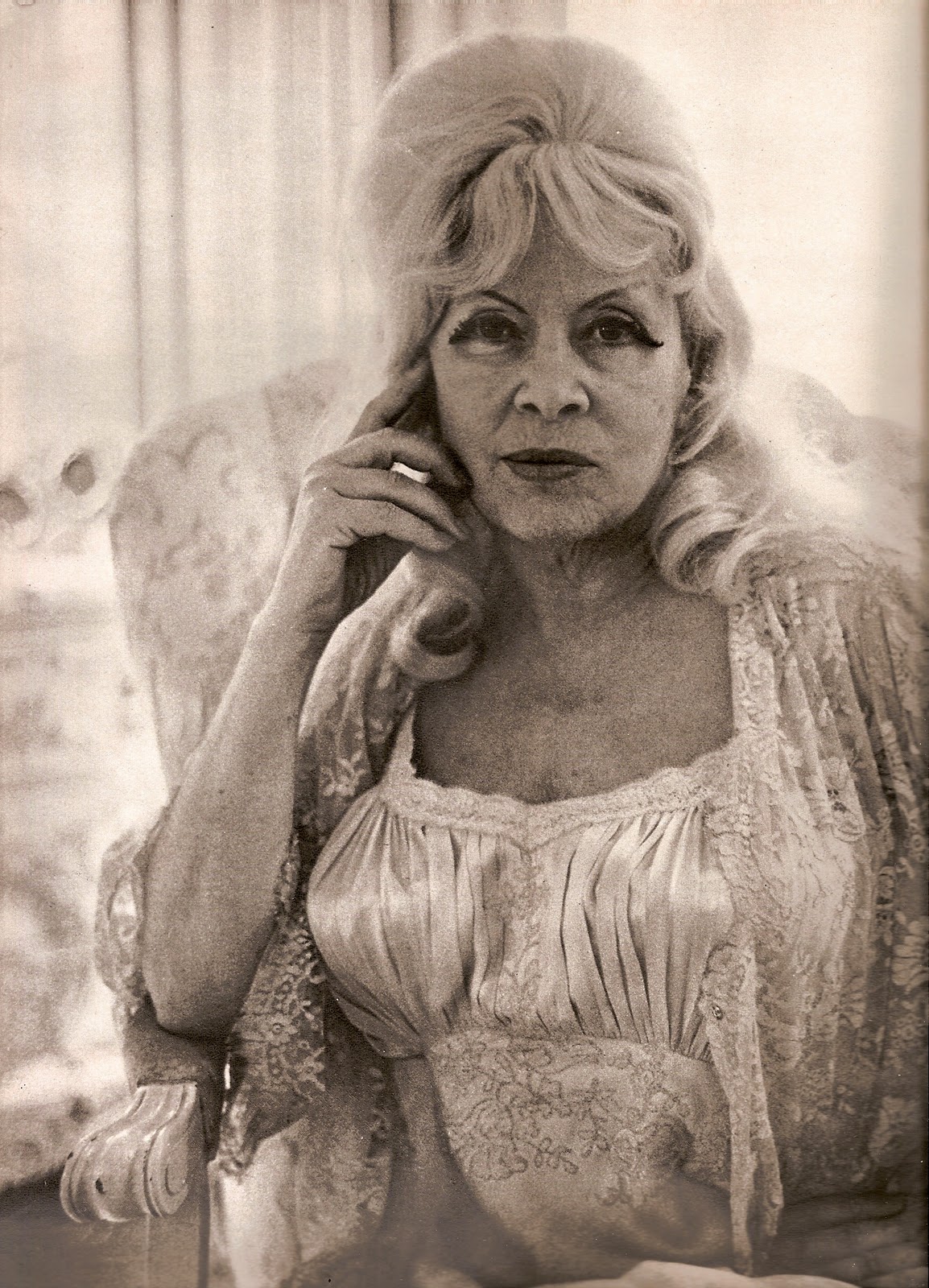 "﻿Her lair is as impregnable as Sleeping Beauty's. A high fence surrounds Mae's villa by the sea in Santa Monica, California. There is a broken telephone by the gate, and a sign saying BEWARE OF THE DOG beside the bell (although there is no dog). Beyond the overgrown garden is her candle-lit manor house. There, among the nude likenesses of their mistress, a pair of wild minleys, Toughy and Pretty Boy, strain at their chains in the living room."
Diane Arbus 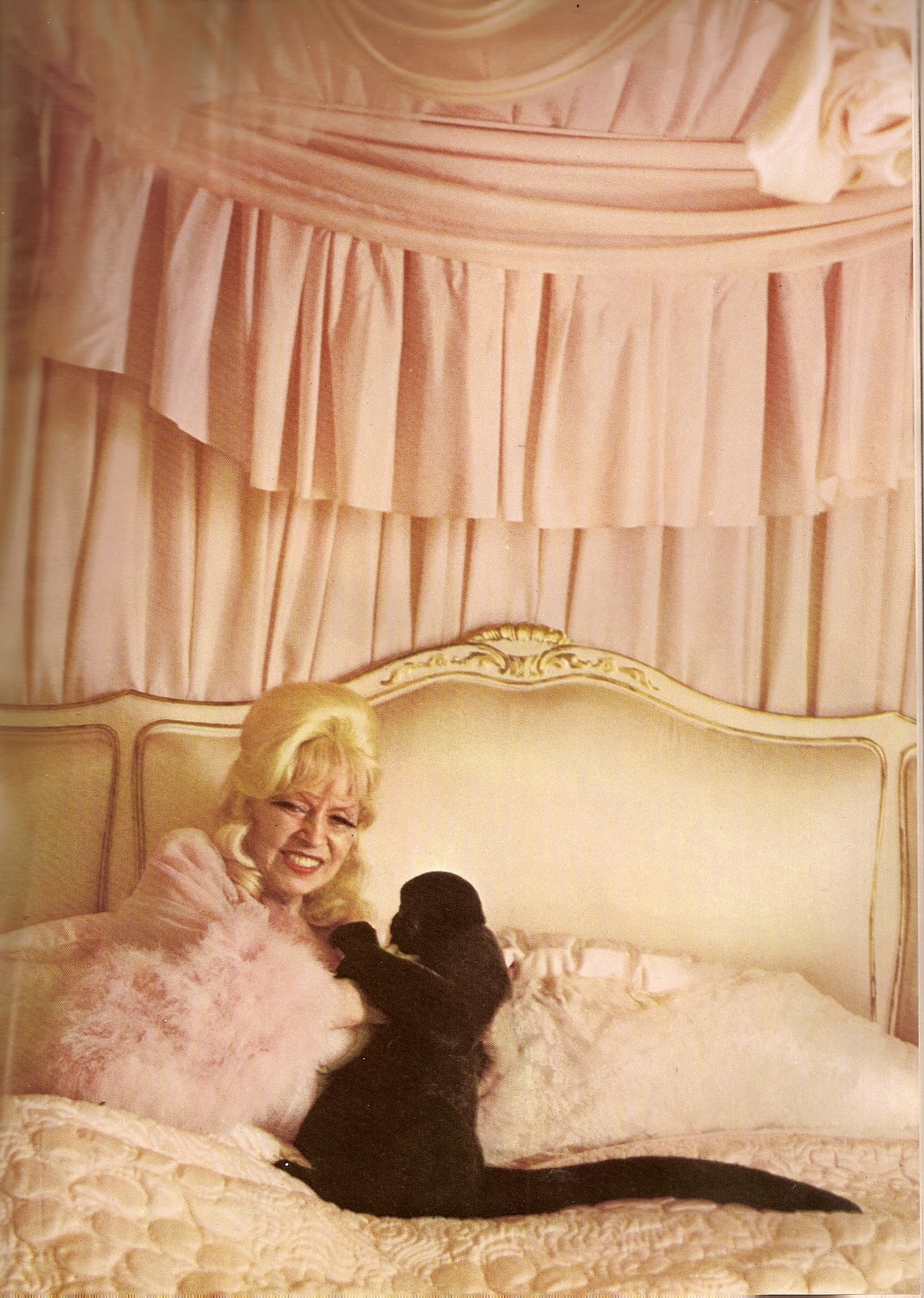 When you see her, finally, in her bedroom of radiant white satin she smiles between her superb teeth and rolls her eyes heavenward. Writing of Diamond Lil in her novel of the same name, Mae West might have been describing herself - "Her eyes were large cool blue ponds, her hair was yellow as maize and she wore it in an astonishingly lovely style of her own... her waist was like the stem of a wine glass...A blonde satin dress hugged her corseted hips like a lover ...On her fingers and wrists was a profusion of diamonds all calculated to blind the percipient male ...No masculine eye could travel from the crown of that spun-gold head ...to those curling rose-petal toes withour being conscious of a physical change."
Diane Arbus

While some Mae West fan are horrified by these stunning portraits taken by Diane Arbus, I feel that she captured her eternal girlish essence. I have been privilege to meet and record interviews with Mae's inner circle during the last decade of her life and look forward to publishing my manuscript, "In Search of Mae West," in the near future. Meanwhile, come on overt to my site for updates. https://www.facebook.com/Mae-West-290194628412441