THE MAGICAL PHOTOGRAPHY OF DIANE ARBUS - THE FULL CIRCLE 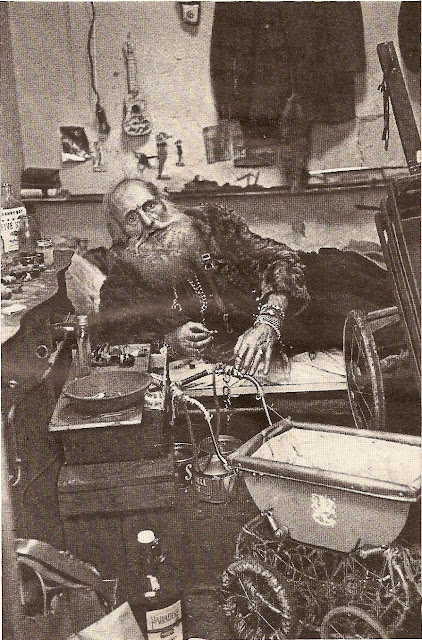 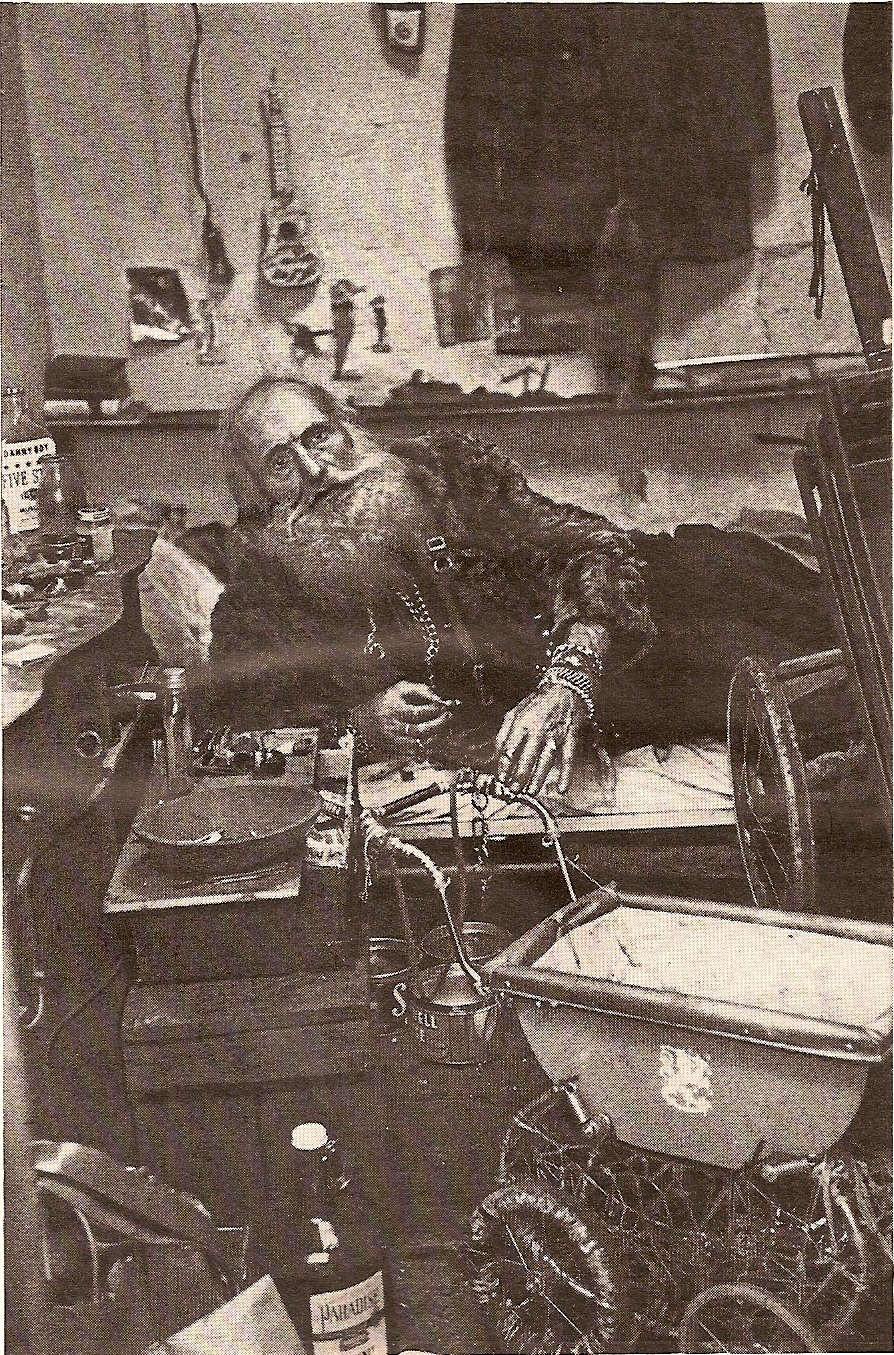 THE FULL  CIRCLE  WHO IS IT THAT CAN TELL ME WHO I AM? - SHAKESPEARE

William Mack is known as the Sage of the Wilderness, the (Abominale) Snowman, Santa Claus, El- Dorado, Rasputin, Daniel Boone, Garabadi. Mr. Mack lives on Third Avenue in a room which measures about 7 by 8 feet, with nine umbrellas, a cowbell, twenty rings, 5 hammers, 38 cigar butts in a bowl, 11 bracelets, 4 watches, 3 earrings, 6 necklaces, 35 empty bottles, a Hopalong Cassidy gun and holster, a wagon, 46 rolled-up pieces of string, 19 brushes for hair, shoes, Paint or floor, 5 segments of broken mirror, a pink doll carriage with a sort of underslung hammock devised out of more string, a jar full of plastic umbrella tips, 5 canes, some Blue Seal pomade, 6 saws, 7 pairs of scissors, a jar of Maraschino Cocktail Cherries, a medicine dropper, a squashed coffeepot, 2 pinup pictures of Sophia Loren and 1 each of Brigitte Bardot and Julie Newmar, 9 belts, a pair of brown child’s shoes hanging by the laces, a bogus detective badge, 8 augers, a foxtail, a copy of the Koran and a Holy Bible, a 1959 Horoscope, a ladder, a Guide To Sexual Harmony In Marriage, ( Mr. Mack has never married), 9 pliers, 10 screwdrivers, An English-Arabic Dictionary, a pair of white nurse’s shoes, 7 paint scrapers and some Breath O’ Pine All Purpose Cleanser. (“Three months living here and I’m still straightening up”). When people ask him why he collects so many things his favourite answer is to say it’s good for his rheumatism and when people ask him where he was born he likes to say In the kitchen: He could tell because he heard the water running. He is 72 years old, German, an ex-merchant seaman living on his pension.

Once I accompanied him on his daily ritual round which begins at 5:30 A.M., walking down Third Avenue in the freezing dawn picking empty bottles out of garbage cans, loading them into his baby carriage, stopping off a select bars, which are very like private clubs, for parts of breakfast and the early morning special extra free drink; then south and east to the Bottle Collectors. Mr. Mack says he doesn’t do it for the money, and indeed it is precious little money; the day I was there, his 51 bottles yielded a total of 35 cents.

Picking up bottles is what he calls his diversion and he is humorously indulgent when people give him money, which they must seldom dare to do, because he is such an awesome, noble, possessed and legendary figure. I think he is most awfully strong. Often he carries a great sack on his shoulders. He appears to be the bearer of an undecipherable message. Nevertheless he is very fond of polite, aristocratic conversation and he sometimes goes to Union Square for a good etymological argument. He is a Muslim convert and a student of language and philosophy. He has had experiences on the lower astral plane. He says that the average person not only eats too much but breathes too much. And he says that life isn’t suppose to make sense: “If you take it literal, if you try to figure it out, it is a mass of confusion, a pack of lies signifying nothing….The mutable cannot perceive the immutable.” And the last time I saw him he said to me: “It’s a great life if you don’t weaken but you are bound to weaken one day.”
Diane Arbus